When Norm Mackereth of Scarborough, who died this weekend at age 92, first went auto racing, he drove the car he raced, a 1934 Dodge convertible, to the speedway and then home again afterwards.

It was 1949 and the track was called Speedway Park, on Highway 7 near Jane Street. And he wasn’t alone. The guys he raced against – Wallie Branston, Lloyd Shaw and Ronnie Knott, among others – all raced their daily drivers too.

In Mackereth’s day, the 1950s, ’60s and some of the ’70s, Toronto was a lot smaller and the sports entertainment on offer was nothing like it is today. The Maple Leafs were kings, of course, as were the Argonauts. But the third most popular sport was stock-car racing and guys like Mackereth, Branston and people who came along later like Warren Coniam, Gordie Dukes, Andy Brown (who was also the last goaltender to play in the NHL without a mask), John Clapham, Al Mitchell and many others, were household names.

The papers published stories about the drivers almost every day and reporters and photographers covered the races like a blanket: who was hot, who was not, who was feudin’ with who, and so-on. And that’s understandable because 20,000 people would pay their way in to watch the stock cars race on the quarter-mile paved oval in front of the old CNE Grandstand on Friday nights and Sunday afternoons.

That’s correct: crowds of 20,000. And in the early days of CBC television in Toronto, CBLT would carry the CNE’s Friday night stock car feature live. (Of course, they televised anything that moved in those days. Before the stock car races went to air, Ladies Softball from Coxwell Stadium was on.)

Norm once told me that he went auto racing because it was safer than motorcycle racing, which was his first ambition. “I saw one motorcycle guy get his throat cut from ear-to-ear,” he reminisced. “I said to myself, ‘Whoa, that’s way too dangerous.’ So I went car racing instead.”

He raced just about anything, over the years, from jalopies to stock cars to midgets and supermodifieds. He and his wife Marg even entered a bed race once at the speedway in Fulton, N.Y. She steered and he pushed and they won.

And he raced at Speedway Park, Pinecrest Speedway, the CNE, Oakwood Stadium (yes, there once was a speedway at Oakwood and St. Clair in the middle of Toronto that only lasted a year before being forced to close because of the noise), the mile track at the New York State Fairgrounds in Syracuse, Langhorne Speedway (of Puke Hollow fame) in a suburb of Philadelphia, and his personal favourite, Oswego Speedway, in northern New York.

One of the greatest Mackereth stories I like to tell, though, was the time he entered a road-course race at the old Harewood Acres circuit near Jarvis, Ont., and damn near won the thing against some very famous and legendary names. As I wrote in a story about him that was published in Toronto Star Wheels in 2007:

“What’s that you say? Norm Mackereth, driver of the No. 40 New Toronto Rocket (so named because of a Gulf Service Station he owned and operated at the corner of Lake Shore Blvd. and 14th Street in south Etobicoke), one of the toughest of the open-wheel, left-turn only supermodified jockeys, turning right on a road course and nodding pleasantly as he passed people? 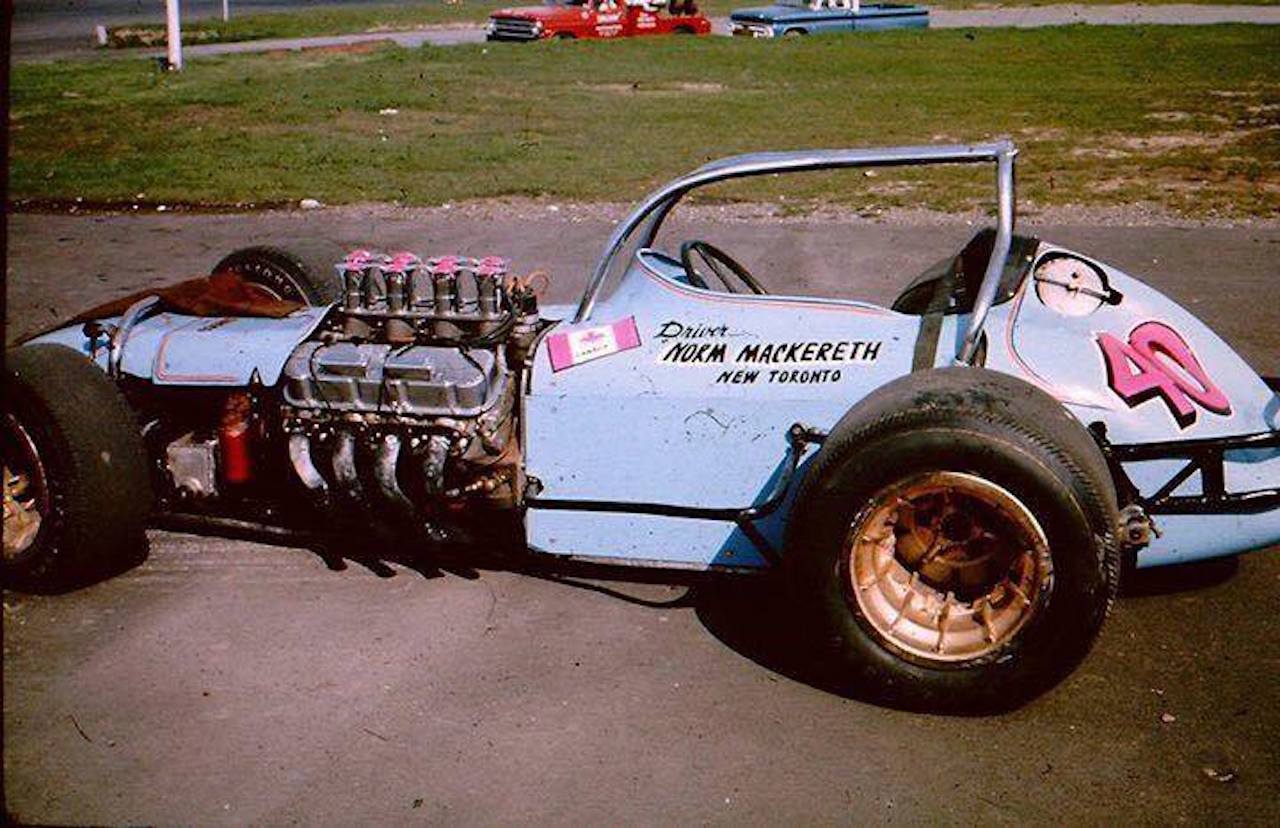 “Yup. It happened on May 28, 1960. The Canadian Racing Drivers Club promoted a 300-km Formula Libre race at Harewood in which any kind of car could enter. Carling Breweries put up the $6,000 purse and 32 cars and drivers showed up, including Formula One star Olivier Gendebien and U.S. sports car ace Roger Penske. They, plus Canadian legends like Francis (Canada’s fastest bus driver) Bradley, Harry Entwistle and Ludwig Heimrath, were driving cars like Maseratis, D-type Jags and a Ferrari Testa Rossa.  Norm had a Chevy-powered supermodified with Buick brakes.

“Are you ready for this? He set fourth fastest time during time trials on Saturday afternoon (Penske won the pole) and then he and his brothers, Harry, Ben and Dave, loaded up the car and drove back to Toronto where he raced at Pinecrest that evening against Ted Hogan, Jimmy Howard, Jack Greedy and Gary Witter.

“The next day, Mackereth shocked the sports car crowd by just about winning the first of the three heats that made up the Carling 300. The CRDA made him start last because he needed a push to get going (supermodifieds then – and now – didn’t have a clutch or gearbox) but in 20 laps he’d caught and passed 25 cars and was closing in on the leaders. But a rad hose blew, ending his day.,

“ ‘They (the sporty car crowd) weren’t happy when I set fourth fastest time,’ Mackereth recalled, ‘but they were all smiles afterwards, probably because I didn’t finish. They were very friendly then. The fans liked me, though, because when we were racing on the far side of the track, my car was the only one you could see above the hay bales and they could follow me all the way around!’ ”

Mackereth only suffered one major injury in all his years of racing. In 1968, on his daughter Nancy’s third birthday, he crashed at Oswego and burned his hands badly. “I wasn’t wearing gloves, nobody did in those days, and I knew they (his hands) were pretty bad. I got out of the car and dove over the guardrail and down a hill to get away (from the burning wreck). But then I climbed back up the hill because I knew the ambulance would be coming to take me to the hospital.”

Four weeks later, to the day, he was back racing. “I couldn’t wait,” he said.

He had another close call. One of his rivals at the CNE, Hogan, liked to fly small airplanes. He was taking one he owned out to Oshawa in November, 1960, to show to a prospective buyer and invited Mackereth along for the ride. Norm couldn’t go, for one reason or another, and Hogan invited a retired racer, Bruce Tanner, along instead. On the way back to the small airfield on Toronto Islands, the plane crashed into Lake Ontario just off Port Union Rd. in Scarborough and both men were killed.

To my knowledge, Norm Mackereth, who was a member of the Oswego Speedway Hall of Fame as well as the Canadian Motorsport Hall of Fame, never officially retired as a racing driver. In fact, when he was 80, he would still take his helmet and firesuit along when he’d go to watch his grandson, Tyler Mackereth, race his TQ midget.

When asked what that meant, he said if Tyler should happen to be late, or unable to race, for one reason or another, “I might have to warm up the TQ; maybe even race it.” Asked if he was serious, he looked at me, winked, and said, “Sure am.” Then he winked at me again. 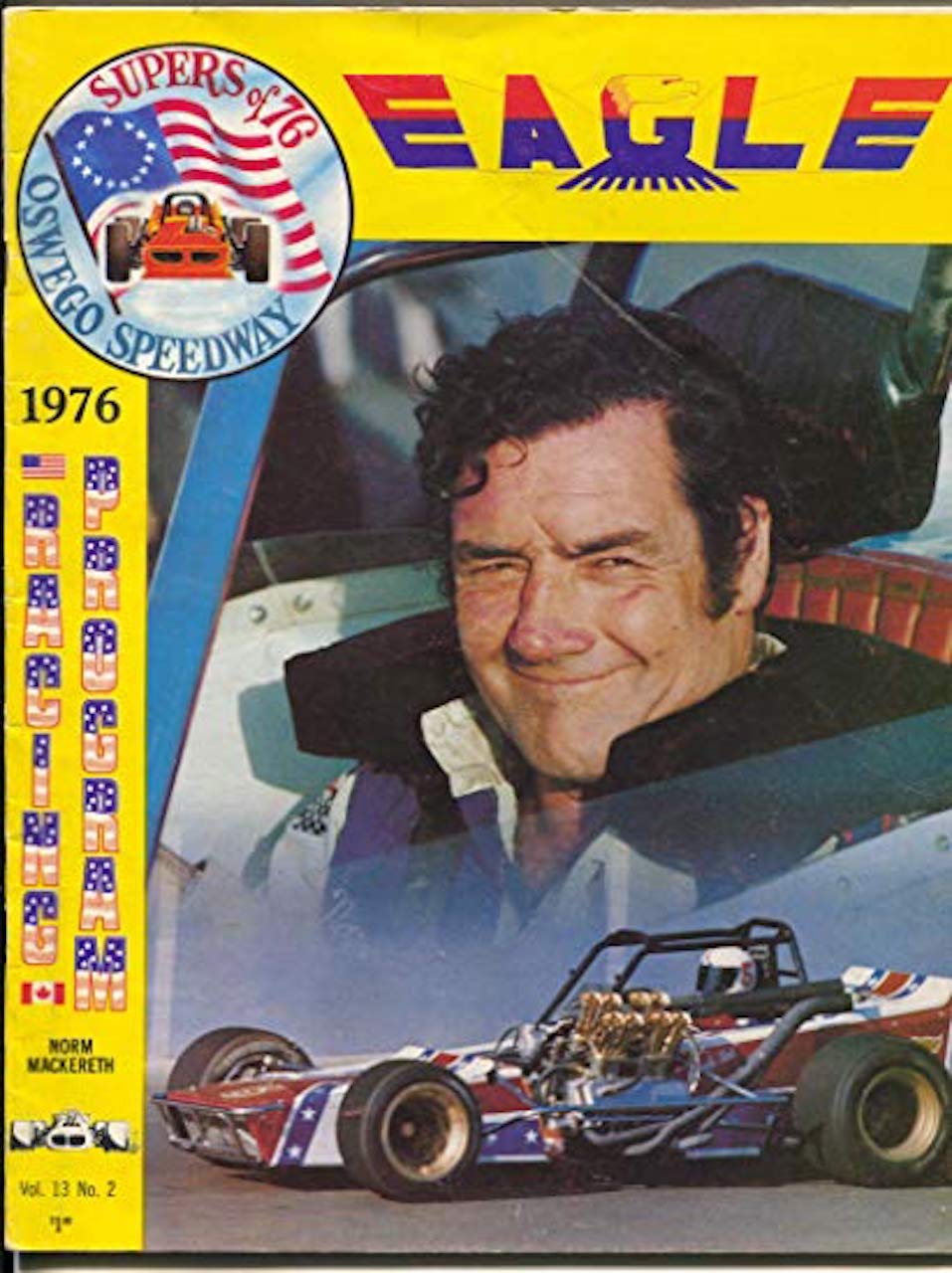 Kyle Larson won the Monster Energy NASCAR Cup playoff race Sunday at Dover International Speedway to snap a 75-race winless streak and earn an automatic berth in the next round. Martin Truex Jr. was second, followed by Alex Bowman, Kevin Harvick, Hamlin and Kyle Busch. Matt DiBenedetto, Jimmie Johnson, Kurt Busch and Clint Bowyer rounded out the top 10. For a story on the race and complete results, please click here. 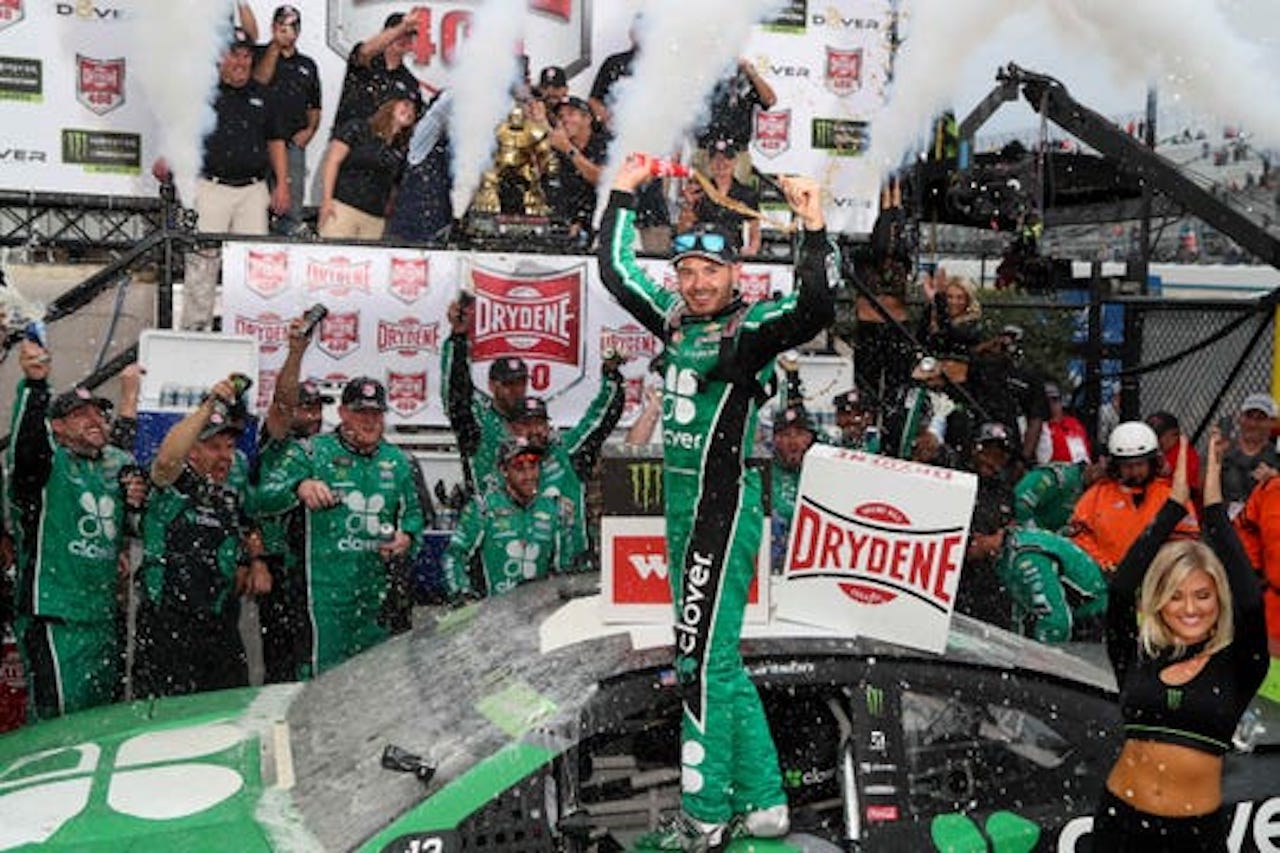 The 2020 FIA Formula One World Championship calendar was confirmed Friday at a meeting of the FIA World Motor Sport Council. Highlights include the inaugural Vietnam Grand Prix in April as well as the return of the Dutch Grand Prix in May, which will mark F1’s return to Zandvoort for the first time in 35 years. This race replaces the German GP – if it happens. As I reported last week, the environmental lobby in the Netherlands is after the government to withdraw the permit for the Zandvoort race. The Canadian GP will take place on Sunday, June 14.

By Norris McDonald  /  Special to wheels.ca 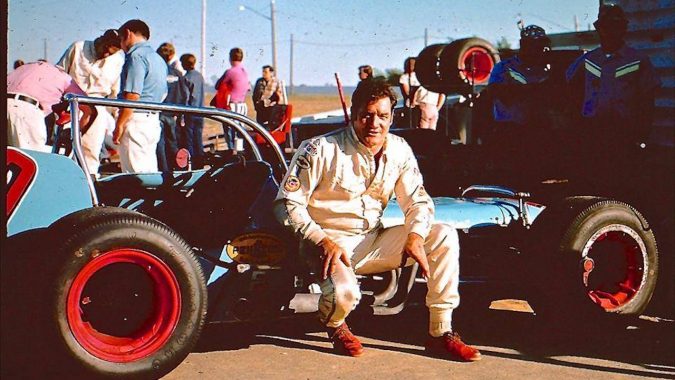 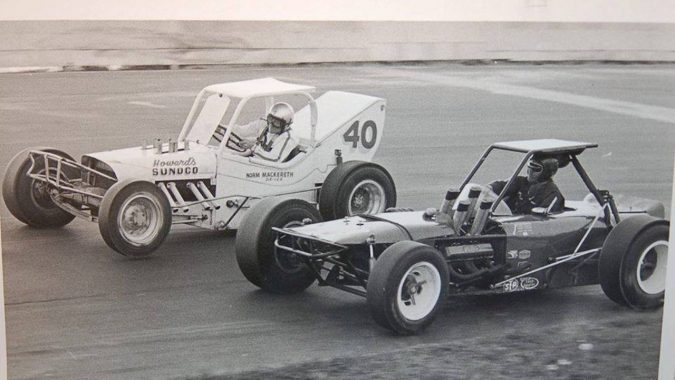 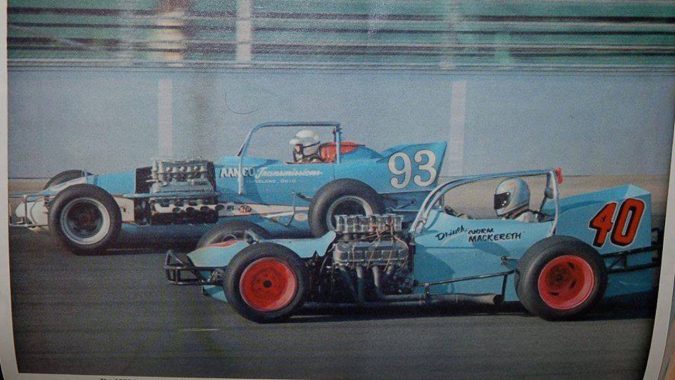 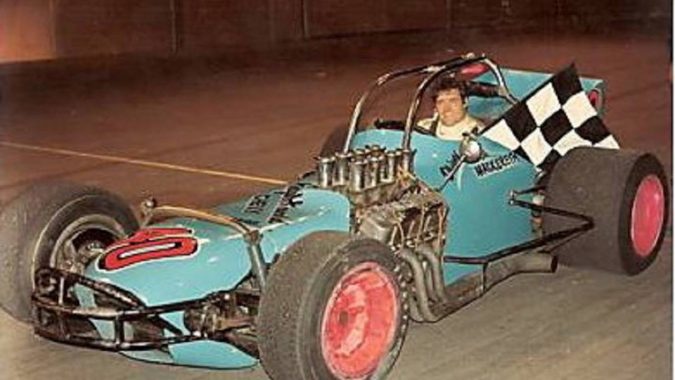