Keselowski flukes NASCAR victory at Bristol, Williams for sale and all the news

Born in 1939 in Timmins, Francis – officially George Bradbury (Brad) Francis – built winning cars for every major form of racing in North America. He worked for 20 years with his great friend, David Billes, to make Performance Engineering of Thornhill one of the finest engine-building facilities on the continent.

He was a Championship NASCAR special projects engineer, multiple winner of the Daytona 500 and a NASCAR championship chassis builder, even if they were a little on the “cheat side.”

Said Roush: “Brad inspired competitors and teammates alike to achievements which would not have been possible without his example or instruction. Brad has left this world a much better place than he inherited. Godspeed, old friend!”

Francis, a member of the Canadian Motorsport Hall of Fame and the Drag Racing Hall of Fame, was self-taught in engineering and understood more than others could comprehend. He collaborated with the U.S. Army on projects for aviation improvements on aircraft flown in Iraq. He was often described as insightful, inquisitive and willing to mentor others.

There will be a private celebration of life held at a later date (post Covid-19 restrictions) in Concord. 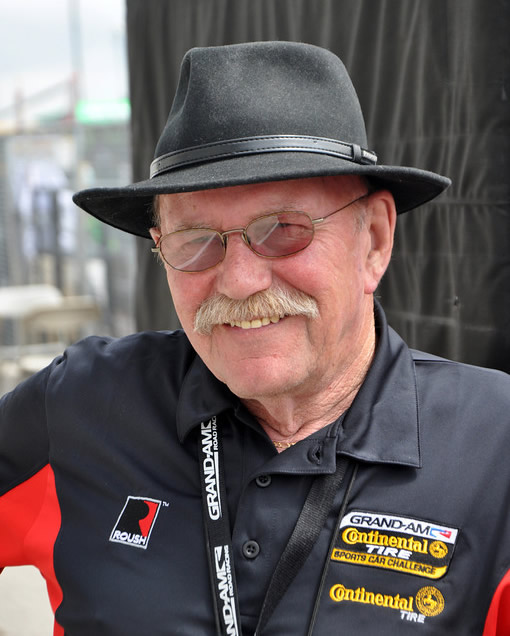 In professional sports, they say the kiss of death for a coach is when the team’s general manager gives him a vote of confidence. “I have no plans to fire so-and-so and I want to emphasize that he has my full support,” the GM says, or words to that effect.

Veteran reporters know to expect the opposite of the vote of confidence and have stories ready for the inevitable dismissal.

In recent days, two parent companies of F1 teams, Mercedes and Renault, have denied reports that they are considering leaving the series. “We confirm that we intend to stay in Formula One,” said Renault interim CEO Clotilde Delbos.

A spokesman for Daimler was adamant its Mercedes team was in for the long term. “Speculation regarding a possible withdrawal from Formula One remains unfounded and irresponsible,” he said.

I am not saying today that these companies are lying. But let’s look at the evidence.

Renault does not sell cars in North America these days. Because of its alliance with Nissan and Mitsubishi, it was announced at the weekend that the French automaker would henceforth concentrate on selling cars in Europe, Russia, South America and North Africa (which makes it almost useless as a marketing tool in Canada, the United States and Mexico).

It lost 141 million euros in 2019, compared with a profit of 3.3 billion euros the year before. It has asked the French government for a bailout of 4.95 billion euros and has laid off more than 12,000 people.

Daimler, Mercedes-Benz’s parent company, saw its profit drop by two-thirds in 2019 and announced 10,000 in job cuts. It is no secret that the board of directors, in recent years, actively discussed withdrawing from Formula One because it did not think the return-on-investment was sufficient, considering the millions and millions it was costing.

All this came before the pandemic hit. And we all know what’s happened to the sport and the auto industry in the last two months, with no real end in sight. Can you spell bath, as in those companies are taking a bath?

When times get tough financially, discretionary spending is the first to go. Toto Wolff, the team principal of Mercedes (he also happens to own 40 per cent of the team), has always said the most important championship for the team is the constructors title. Team orders are in effect until that championship is won. Then the racing drivers can race for the world driving championship.

Mercedes won the constructors championship in each of the last five seasons. Renault won it the four years previous. And both those manufacturers, in 2019 when things were still good in the world, sold way fewer cars and lost a whole lot of money compared with 2018. If I’m the chairman of the board of either of those automakers, and somebody mentions F1, I would be inclined to say, ‘Why bother?”

But they say both they’re staying, and I always believe everything that people tell me. I really do. All the same, I will have a story ready to go, keeping in mind that when something or somebody gets a vote of confidence, the boom may already be ready for the lowering.

Williams is for sale. They cancelled their contract with major sponsor ROKiT (making it easier to sell without having a pesky contract in place), held a conference call with British motorsport media and said they are open to a minor investment, major investment or an outright sale of one of F1’s most storied teams, a team that’s been part of the F1 scene ever since Bernie Ecclestone embarked on his quest to turn the series into the most high profile, most expensive sporting enterprise in the world.

A Canadian driver, Nicholas Latifi, is contracted to drive for Williams this year. Cross fingers his car will be on the grid when the series gathers in Austria in July for what everybody hopes will be the start of the season.

Now, when I announced at Oswego Speedway, the NASCAR Modified Tour would come through a couple of times a season. Richie Evans, Jimmy Spencer, Jerry Cooke – those guys. As they pulled into the infield, chief steward Jerry Rich would hold up a bucket with about 40 pills in it and the guys would draw for a qualifying position.

Then the top 12 fastest would redraw for their starting positions in the feature. I conducted this draw so I could work up some excitement and then interview the drivers once they’d made their selections. Sometimes the 12th fastest would draw the pole. That was always the best interview.

Some of the purists who read my stuff will write and say they hate gimmicks and that any track or series that goes in for that sort of thing is phony. I disagree. Some of the best racing I’ve ever seen is when drivers have had to work for the prize and if the fastest guy on the speedway has to work his butt off to get around the not-so-fast guys in front, it makes for a better show.

Because that’s what a lot of people – even some in the sport – fail to recognize. Auto racing, like baseball and hockey and football, is first and foremost entertainment. People want excitement and if Lewis Hamilton wins the pole and gets off the line first when it’s light out, well, that’s all she wrote. What is exciting about that? Excellent, yes. But exciting, no.

So let Lewis start either from the back or 10th – halfway to the back – and watch him have to work for his glory. That would be a lot more exciting than the way it is most of the time now.

Hopefully, when the time they all get to Austria, Mercedes will have seen the light and we’ll get an inverted-start qualifying race.

Joey Logano and Chase Elliott were fighting it out for the lead at Bristol Motor Speedway Sunday when, with two laps to go, Elliott got high and pushed Logano into the wall. By the time they both got straightened out and on the gas again, Brad Keselowski won his second NASCAR Cup race of the season, with Clint Bowyer second, Jimmie Johnson third, Kyle Busch fourth and Erik Jones fifth.

The NTT IndyCar Series will start its season this coming Saturday night at Texas Motor Speedway. No fans will be allowed in. Sportsnet1 and Sportsnet360 will televise the race in Canada but NBC in the U.S. will be carrying it on its full network. A full field is expected.

I have been laying awake at night for days, worried about this, but I am delighted to tell you today that Dale Coyne Racing rookie Alex Pazlou flew over the Atlantic from Spain at the weekend and was admitted to the United States of America in order to drive in the IndyCar race at Texas on Saturday night. Whew.

Reporter Steve Wittich broke the news last night that the Firestone Indy Lights Series has been cancelled for 2020. A formal announcement is expected today. This reportedly will not affect the other “Road to Indy” championships, the USFormula 2000 Series or the Indy Pro 2000 Championship.

Last, while some professionals have said this sort of thing is highly dangerous, I think it’s fabulous. Have you ever been to a sprint car race? I have been suggesting you take one in because it is incredible racing. Click here to watch. You will be sorry if you don’t.

I have no words to describe how mind-blowing this is to me. No matter how deep in the field, there’s always insanely close racing at any given @WorldofOutlaws event. And this was just the Last Chance race! pic.twitter.com/TFUkEecFKh