So here goes with the last blast of the year.

This is my last auto racing column for 2019. I will return in January, a week before the Rolex 24 at Daytona. To everybody who reads my stuff – from those of you who write notes of encouragement to the others who suggest I retire immediately – I want to wish you all a very Merry Christmas. And I hope that 2020 turns out to be the best year of your life.

So here goes with the last blast of the year.

Lewis Hamilton has won all his world championships – and many of the races, including his 84th Sunday in Abu Dhabi – because he is fixated on one thing and one thing only: capturing that title. He dumped his girlfriend, Nicole Scherzinger of the Pussycat Dolls (who were turned into a singing group after starting out originally as a burlesque troupe), because she was a distraction. He is exactly like NASCAR Champion Kyle Busch, who coach Joe Gibbs once defended for getting emotional when he loses a race. “Kyle has nothing in his life except racing,” Gibbs said, and that describes Hamilton to a “T.” 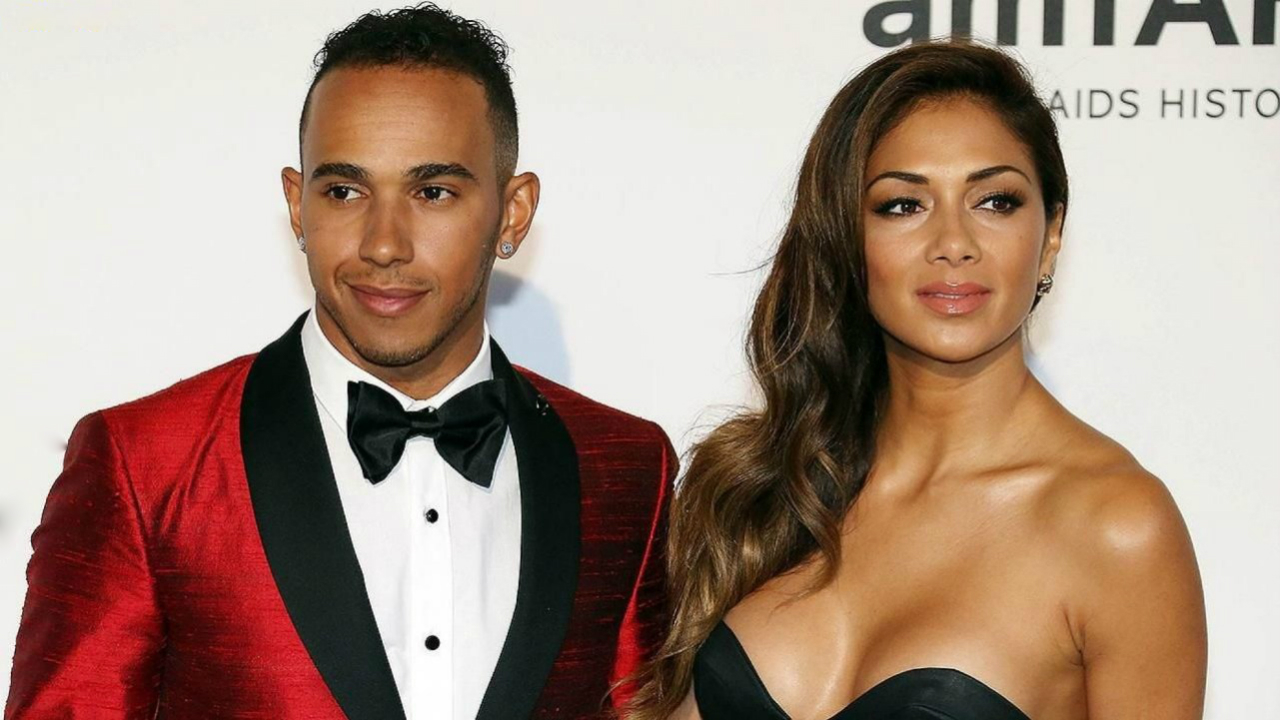 His Mercedes teammate, Valtteri Bottas, is bound and determined to beat Hamilton and recently left the impression that he was ready to do anything to achieve his goal. When he announced on Twitter this week that he is divorcing his wife, it wasn’t a surprise. Messaged Valtteri: “Our ways have split because of the challenges my career and life situation bring and we think this is the best for both of us and our future lives, so we are separating as friends. I will be forever thankful for all the sacrifices she had to make for me, for her support during many years and for all the experiences that we have had together.”

Translation: Thanks for everything but I don’t need you any more. If I am going to win the world championship, I have to do it my way and my way doesn’t include you.

Whether taking a page from Lewis’s playbook will succeed remains to be seen. And it’s too bad that somebody had to suffer. But if Valtteri wants to be world champion, this is what he had to do, I guess.

It became official at the weekend: Nicholas Latifi signed a contract to drive for Williams F1 in 2020.  And it didn’t take long for the boo-birds and other armchair critics to come out of the woodwork to accuse him of buying the ride. I do not understand this at all. I know why it happens but I don’t understand it.

Yes, to climb the ladder of formula car racing in Europe costs a fortune. It’s not a whole lot cheaper in North America either, with IndyCar’s Road to Indy. To do it correctly costs more money than most of the people reading this column could comprehend. For instance, when Lance Stroll was selected for the Ferrari Driver Academy in 2010 when he was 12, it cost his father $25 million in tuition.Twenty-five million dollars! There are starving children in this world. But that’s the way it is and if you want to play, you have to pay.

How much do you think it cost Ron Dennis and McLaren to prepare Lewis Hamilton for Formula One? I’ll tell you: millions and millions. I don’t recall Autosport, PlanetF1, Motor Sport, Crash.net or any of the Fleet Street papers or websites focusing on that. No, their stories all talked about how wonderful it was that this marvelous young Brit had made it to the Show.

Stroll wins the championship in every series he enters and he signs with Williams and the headlines are all – repeat all – about how much his father paid for the ride.

Latifi went to Europe as an early teen and his road to Formula One was slow but methodical. He didn’t win championships but he improved, year after year. This year, he finished second in the F2 standings. That’s impressive. He’d been groomed this year by Williams to move to F1 and so it was no surprise when the contract signing was officially announced. And what did the headlines say? “Another rich Canadian makes it to F1.”

Did you read that about Charles Leclerc? “Rich Monegasque signs to drive for Sauber.” Not on your life. How about Max? “Son of multimillionaire ex-F1 driver to drive for Toro Rosso?”

Each and every one of those drivers in F1 today got there because of money. With the exception of Jacques Villeneuve – and that was initially because of his name – and Allan Berg, who could race with, and sometimes beat, Ayrton Senna and Martin Brundle in F3 back in the 1980s, every Canadian who’s made it to F1 has only been there because of the size of his chequebook, the reporters write or broadcast.

Here is a possible explanation.

Many British journalists – and England is where most of the F1 industry is located – are cheerleaders when it comes to English drivers. English drivers good, everybody else bad – particularly everyone who didn’t start their racing careers in karts in the U.K. or on the continent. Much of this attitude goes back to the Ecclestone days, when Bernie would do or say anything to torpedo Indy car drivers who dared to try their hand at F1. Bernie was behind the crucifixion of Michael Andretti; when he was driving for Williams, Alex Zanardi was portrayed as being a sub-standard talent (I still have the magazines). This bias seems to have been carried forward with a focus on Canadian drivers. We don’t rate. We’re not good enough. Ergo, the only way a Canadian can possibly be in F1 is because of his ability to pay.

There is nothing wrong with asking those questions and even reporting on them – as long as the same questions are asked of every new F1 driver. The discrepancy here is that only Canadians are getting singled out.

Lewis Hamilton won not only his 84th F1 Grand Prix Sunday but his 11th of the 2019 season. To read a complete report of the race, please click here.

He set fastest lap in the race and was presented the Fastest Lap Award for having scored the highest number of fastest laps in F1 this season.

Mercedes finished the season 235 points ahead of Ferrari in the Constructor’s Championship. That’s what makes me laugh when some of those British reporters I talked about a few paragraphs ago report, in all seriousness, apparently, that Lewis is in talks with Ferrari. Hahahahahahaha. Are they kidding? I’m sure Lewis has bumped into some of the Ferrari brass from time to time in the paddock but if anybody thinks he’s going to leave Mercedes before owning each and every one of Michael Schumacher’s F1 records, I have swampland in Florida I’d like to talk to them about. And Toto Wolff? What a kidder! Go ahead, says Toto. Lewis to Ferrari would be good for F1. He’s saying this, knowing full well hell will freeze over before Hamilton will drive for anybody in F1 other than Mercedes.

Oh, last week, I took a shot at Canada’s F-18 pilots for not pitching in and giving the Grey Cup game a flypast to remember. Well, I hope everybody saw the flypast before Sunday’s GP. The UAR had six fighter jets in formation accompanying two huge passenger jets belonging to race sponsor Etihad Airways. One of those big planes actually crossed under the other as they flew over the grid. Holy cow! That was incredible. We should be so lucky. Our one CF-18 last week looked puny in comparison.

Michael J. Pollard died last week. Who? He became an overnight sensation in “Bonnie and Clyde” back in the 1960s and was hot for a few years. Then he faded pretty much into obscurity.

During his time at the top, he starred in a movie about motorcycle racers with Robert Redford. Called “Little Fauss and Big Halsy,” it can be downloaded in its entirely from the Internet. It wasn’t very good, but it had a memorable line: every time Little (that was his real name in the movie) told his father about how fast he’d been going – “I never went so fast in my entire life, Daddy,” – his father (played by Noah Beery Jr.) would shake his head sadly and reply: “Yeah, Little – but ya fell off.” 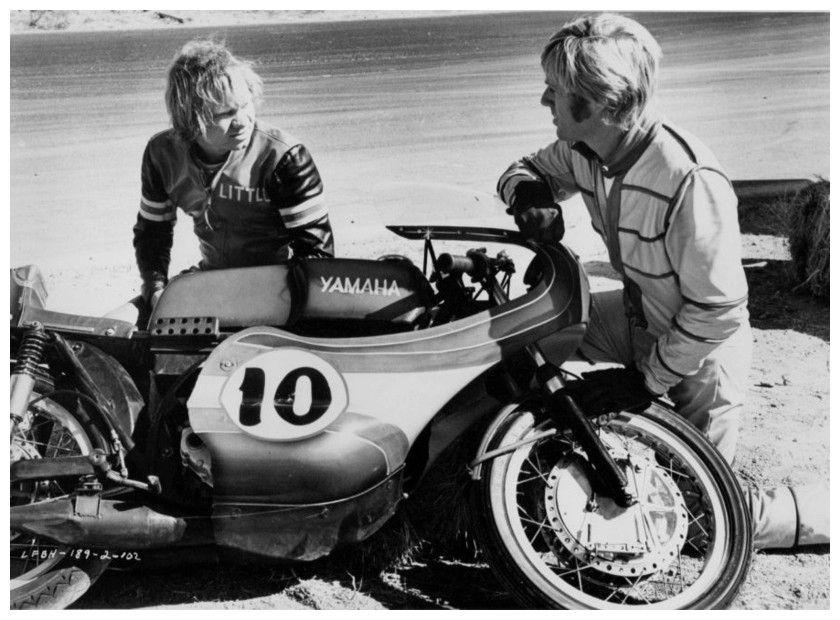 You can take that line and apply it to anything, from hockey to politics. Team A can lose the Stanley Cup to Team B but go around telling everybody that they took the series to seven games. That might sound good, but they still lost. They fell off.

R.I.P., Michael J. Pollard. As long as I remember that line, you’ll be on my mind.