These columns are getting shorter and shorter but that’s because there is really no racing going on. Only NASCAR (for another week), NHRA (ditto) and Formula One (till mid-December) are still going.

At the peak in mid-summer. I would write 3,000 words (or more) every Sunday night because of everything happening. When F1 is finished, I will take a vacation till late January, when the Daytona 24 takes place.

And that’s when I will have a big surprise for you.

Poor Joe Gibbs, He’s a deeply religious man who prays before, during and after NASCAR races and you would think that would be worth something. But regardless of what he does spiritually, he’s had two drivers who have been very difficult to handle – Tony Stewart and Denny Hamlin (who’s bought into the car he’s driving).

Stewart is retired and respected in the sport after a rough beginning (and Gibbs’ sending him for anger management counselling). Hamlin is another matter. After he was beaten by Alex Bowman in the second-last race of the Cup season Sunday at Martinsville, he lost his temper and then said some not-so-classy things during a past-race interview on NBC.

(Bowman had spun him out late in the race and Hamlin responded by driving in front of Bowman, preventing the winner from executing the traditional donut celebration. He stopped when his crew reminded him of “the big picture.”

“He’s just a hack,” Hamlin said of Bowman in an interview on NBC. “Just an absolute hack. He gets his ass kicked by his teammates every week. He’s (expletive) terrible. He’s just terrible. He sees one opportunity, he takes it.”

Shortly after, Bowman was selling T-shirts with “HACK” written on them. Then he told his side of the story. He started by noting that Hamlin wrecked him last year at Texas.

“Texted me and apologized,” Bowman said. “Said he’d give me a ride on his jet. I don’t know. We’re even, I guess, after that. He crashed the heck out of me there. He got loose underneath me, exact same thing – just on a bigger racetrack.

“Yeah, sarcasm there, obviously. Just my point is the shoe has been on the other foot. Like we’ve been on both sides of it.”

Kyle Busch, meantime, had sharp words for Brad Keselowski. Busch was not happy with Keselowski’s final move as they raced for second place. Keselowski had been aggressive late in the race, needing to win. Instead, he finished third and didn’t advance to the Championship Four in his final season with car owner Roger Penske.

Said Busch: “He drills my ass coming out of (Turn) 4 for no reason,” Busch said. “Where was he going? What was he going to do? Spin me out?

“He was trying to do a Harvick is what he was trying to do (Kevin Harvick spun Busch on the last lap of last year’s Martinsville playoff race, the AP explained). For what? For second place? To do what? He wasn’t going to transfer through with that. Freaking (R-word). So stupid. I don’t understand these guys.

“I should beat the shit out of him right now is what I should do, but that doesn’t do me any good either.”

Why not (in answer to a question)?

“I’ve already had to pay enough fines in my lifetime,” Busch added. “I’m sure I’ll get another one.”

He might – but to be on the safe side he tweeted out an apology for using the R-word.

Martinsville is a “paper clip” short track of a half-mile in length. NASCAR usually has 40 cars starting, which means there is lots of beating and banging. The drivers love to run their mouths after racing at that speedway because there is rarely anybody hurt and it’s more fun to say all sorts of outrageous things afterward. You can bet that everybody will be watching the season finale at Phoenix next Sunday afternoon.

Four drivers qualified to race for the championship – Kyle Larson, Martin Truex Jr., Chase Elliott and Hamlin, who was booed when he said what he said over the PA system.

Sunday at Martinsville, Bowman won the race, Kyle Busch was second, Keselowski finished third, Truex was fourth and Hamlin fifth. Next Sunday’s race gets the green flag at 3 p.m., about the same time as the F1 Grand Prix of Mexico.

The Xfinity Series race on Saturday was also a brawl. In the end, Noah Gragson was the winner, just nipping defending champion Austin Condric with Daniel Hemrick third. The final four next week at Phoenix will feature Gragson, Cindric, Hemrick and A.J. Allmendinger.

Zane Smith won the Camping World Trucks Series race at Martinsville to qualify for the championship race at Phoenix. He’ll be up against John Hunter Nemechek, Ben Rhodes and Matt Crafton. 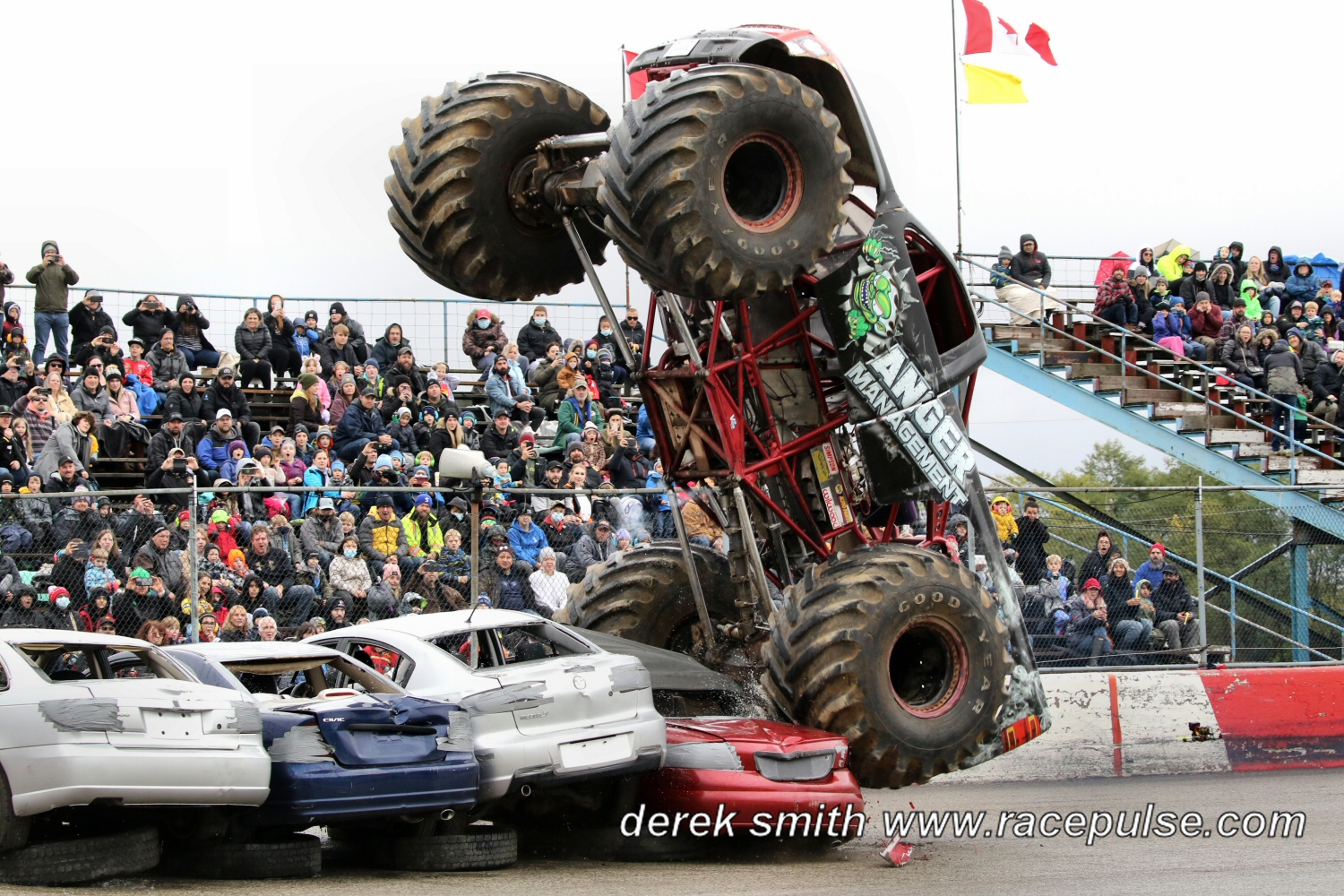 Steve Torrence won the Top Fuel class Sunday at the Dodge/SRT Nationals at Las Vegas. Cruz Pedregon was first in Funny Car. Interestingly, the two top qualifiers were Brittany Force and Alexis DeJoria but both were eliminated early.

Ed Carpenter Racing has four American-born drivers in the mix for the 2022 NTT IndyCar Season: Ryan Hunter-Reay, Conor Daly, Kyle Kirkwood and Oliver Askew. I suggest Hunter-Reay has an edge because of his record of a national championship, an Indy 500 victory and 16 wins plus six poles. Conor Daly, who’s had the seat for a half-dozen years, has none of RHR’s numbers. In fact, he has scored just one podium. Kirkwood, the 2021 Indy Lights champion, will deliver more than a million dollars to the owner that hires him. Askew is marvelously talented but hasn’t been able to catch on, or hold on, to a ride.

If a name could guarantee success, this guy would be a shoo-in. Named to Andretti Autosport’s Indy Lights team for 2022 is – wait for it – Sting Ray Robb. Whoa!

More racetracks are facing uncertain futures. The Stockton, Calif., Dirt Track and Delta Speedway, both located inside the San Joaquin County Fairgrounds, are under the gun because the fairgrounds has been designated by the State of California for low-income housing.

Although the season is over, TSN is going to show the deciding race in the Canadian National Superbike Road Racing Championship that was held at Calabogie Motorsport Park. It will air this week on Tuesday on TSN2 at 3:30 in the afternoon. It will be repeated on Wednesday at 1:30 p.m. on TSN and TSN3, Thursday at 12:30 p.m. and Friday at noon, both times on TSN4.

Speaking of TV, REV TV, Canada’s motorsports and automotive destination 24/7 and Performance Auto & Sound Magazine (PASMAG) will be bringing viewers in Canada live coverage of the 2021 SEMA Show (Specialty Equipment Market Association) taking place in Las Vegas. That will happen this Wednesday (Nov. 3) and Thursday, both at 9 p.m. If you don’t get REV (I don’t; it’s not on Rogers) call your provider and ask for it. I do, ad nauseum. One of these days, Alice . . . .