The Honda Indy Toronto got under way today with Fan Friday, in which spectators were admitted for free but were asked to make a donation to Make-A-Wish Canada.

Because this is “super” modified racing and that means just about anything goes.

That rule is there because, in 1979, driver Tim Richmond (later Indy 500 Rookie of the Year and even later a regular in NASCAR Winston Cup racing) and builder Kenny Reece showed up at Sandusky Speedway in Ohio with an open-wheel car that had four wheels – but there were three on the right side of the car and just one on the left.

Don’t laugh. That’s what makes supermodified racing the most interesting of all forms of the sport. You can do anything you want – within reason; hence the left-front-right-front rule – to make the race car go faster. All other forms of racing – stock cars, Formula One, Indy cars – are built to exact specifications and you can’t deviate. The supers? Hey, go for it.

The reason Richmond and Reece did what they did is because “supers” – and the Queenston Chevrolet 50 for the ISMA Supermodified Tour will be the headline race this Saturday night at Jukasa Motor Speedway just outside Hagersville, Ont., – race on oval speedways a mile or less in length, which means they are always turning left.

Although they are much more sophisticated today, back in the 1970s the left front wheel was usually up off the pavement when the car was running at speed so those two characters figured why bother having one? And since the weight was always shifting to the right side of the chassis, particularly in mid-turn, why not put that spare wheel over there? (Detail of race car courtesy of deviantart.com,)

Which they did. Richmond strapped himself into the open-cockpit car (supers have roll cages to protect the drivers) and promptly broke the Sandusky track record. They went from there to the Goodyear test track near Akron and turned average laps of more than 200 miles an hour.

Of course, the power brokers in supermodified racing – primarily track management at Oswego Speedway in northern New York – reacted to this exactly the way they had reacted to the rear-engine revolution earlier: they issued a ban, suggesting that to embrace evolution would make all other cars in the class obsolete. So the Richmond-Reece car disappeared, never to be seen again.

Those are the cars – all with four wheels; rockets, really – that you will be able to see racing Saturday night at Jukasa (formerly Cayuga Speedway), with the feature expected to start a little before 8:30 p.m. ISMA was at Jukasa in 2018 and winner Dan Bowes set a new track record during qualifying – 15.100 seconds around the 5/8-mile speedway, which translates into a speed of 149 miles an hour. Bowes will be back Saturday, as will 2018 ISMA champion Kyle Edwards.

Kitchener businessman Brad Lichty will have three cars entered and London businessman Mark Sammut will have two at Jukasa. Canadians drivers will include Sammut himself, plus Ryan Coniam, Dave McKight Jr., Mike Ling and Mike Lichty. Other high-profile super drivers will include 2017 champion Jon McKennedy, Ben Seitz, Timmy Jedrzejek and Denny Fisher in cars entered by ISMA legend Howie Lane, Mike Ordway Jr. in the Clyde and Susan Booth No. 61 and Chris Perley in the No. 11 entered by another legend, Vic Miller.

Jukasa Speedway general manager Alex Nagy said fans have been talking about the supers for the past year (picture of supermodifieds in action by Jim Feeney), plus the second feature scheduled for Saturday, the Great Canadian 100 for the ROC Modified Tour. Last year, western New York standout Patrick Emerling outdueled fellow New York natives Andy Jankowiak and Daryl Lewis Jr. for the win.

“Both of these tours put on an incredible show last year and we’ve been getting feedback from our fans about it from the moment the checkered flag fell,” said Nagy. “They were two of the best races we hosted all season and we expect our second go-‘round with these tours to be even better”

The speedway will also celebrate its first Scout Night, with all scouts in full uniform receiving free admission. For more information about ticket prices and camping, go to www.JukasaMotorSpeedway.com or call 289-975-4999 or email info@jukasamotorspeedway.com 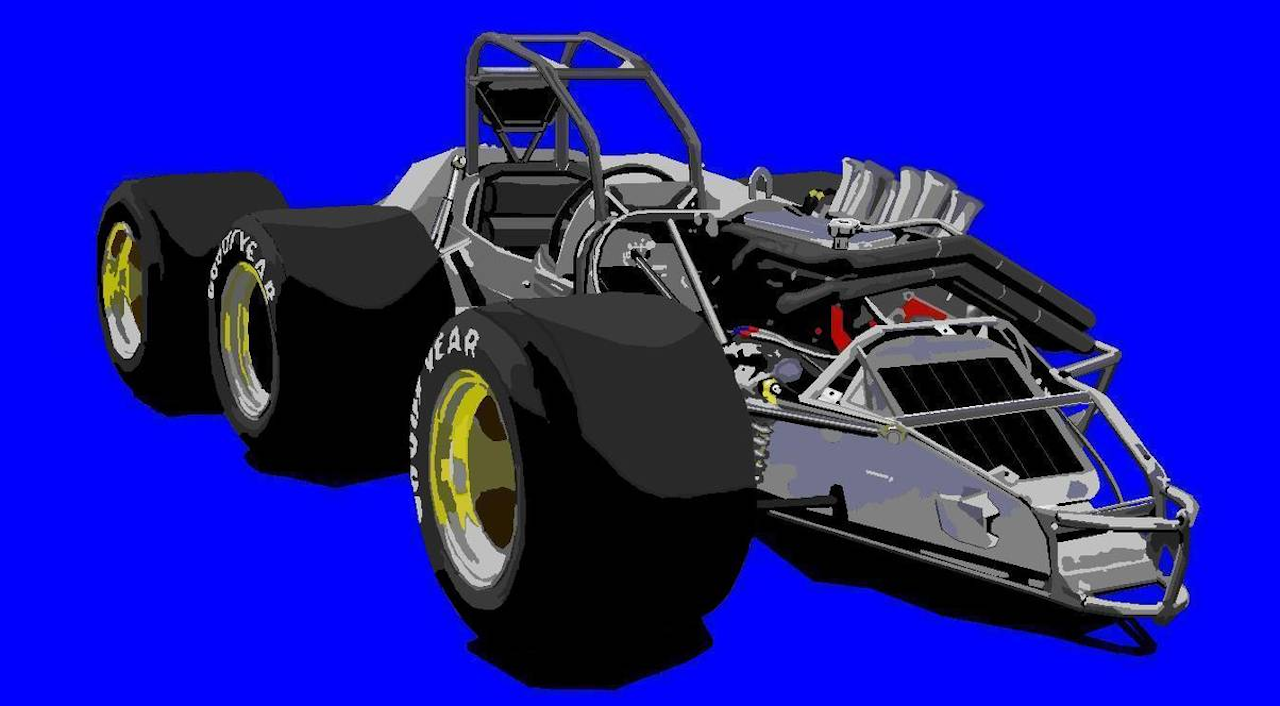 Other racing of interest this weekend:

The Honda Indy Toronto got under way today with Fan Friday, in which spectators were admitted for free but were asked to make a donation to Make-A-Wish Canada. The free day is underwritten every year by the Honda Dealers of Ontario. Friday activity featured practice for all race series in action this weekend – the Stadium Super Trucks, the Porsche GT3 Cup Challenge Canada presented by Yokohama, the NASCAR Pinty’s Series, the Road to Indy series (USF2000, Pro Mazda and Indy Lights) and the NTT IndyCar Series. Wall-to-wall racing, folks. The headline race Saturday will be the Pinty’s race, which will go to the post following IndyCar final qualifying. The feature race of the weekend, the Honda Indy Toronto, will start Sunday at or about 3:40 p.m. It can be seen on Rogers Sportsnet.