If you love cars and driving you owe it to yourself to check out RaceSim1.

Two of the things I love in this world are cars and video games.

Both have been passions of mine since I can remember. Born in the 80’s—I feel privileged to have witnessed the evolution of gaming from its infancy. (Atari Anyone?)

Fast-forward a few years to when Electronic Arts first introduced a now super popular game series known as The Need for Speed. Released in 1994 it was and still is one of my favourite games.

This pioneering racing game was presented by Road and Track magazine and was chock full of specs and videos of each car that you could race with. The game was ultra realistic and the combination of sound, visuals and controls made you feel like you were right there in the cockpit.

The sensation of piloting these exotic cars from the driver’s seat was an unforgettable experience, so when I heard about a newly opened racing-simulation arcade in my neighborhood I jumped at the opportunity to meet with the owner and try it for myself.

Located at 693 Bloor St. West, in an area known as Koreatown, amidst some of the best Korean cuisine in Toronto—it’s easy to miss the place—but a wisely placed advertising stand directed us to a side street entrance where we met with the owner Maxime Jacques. 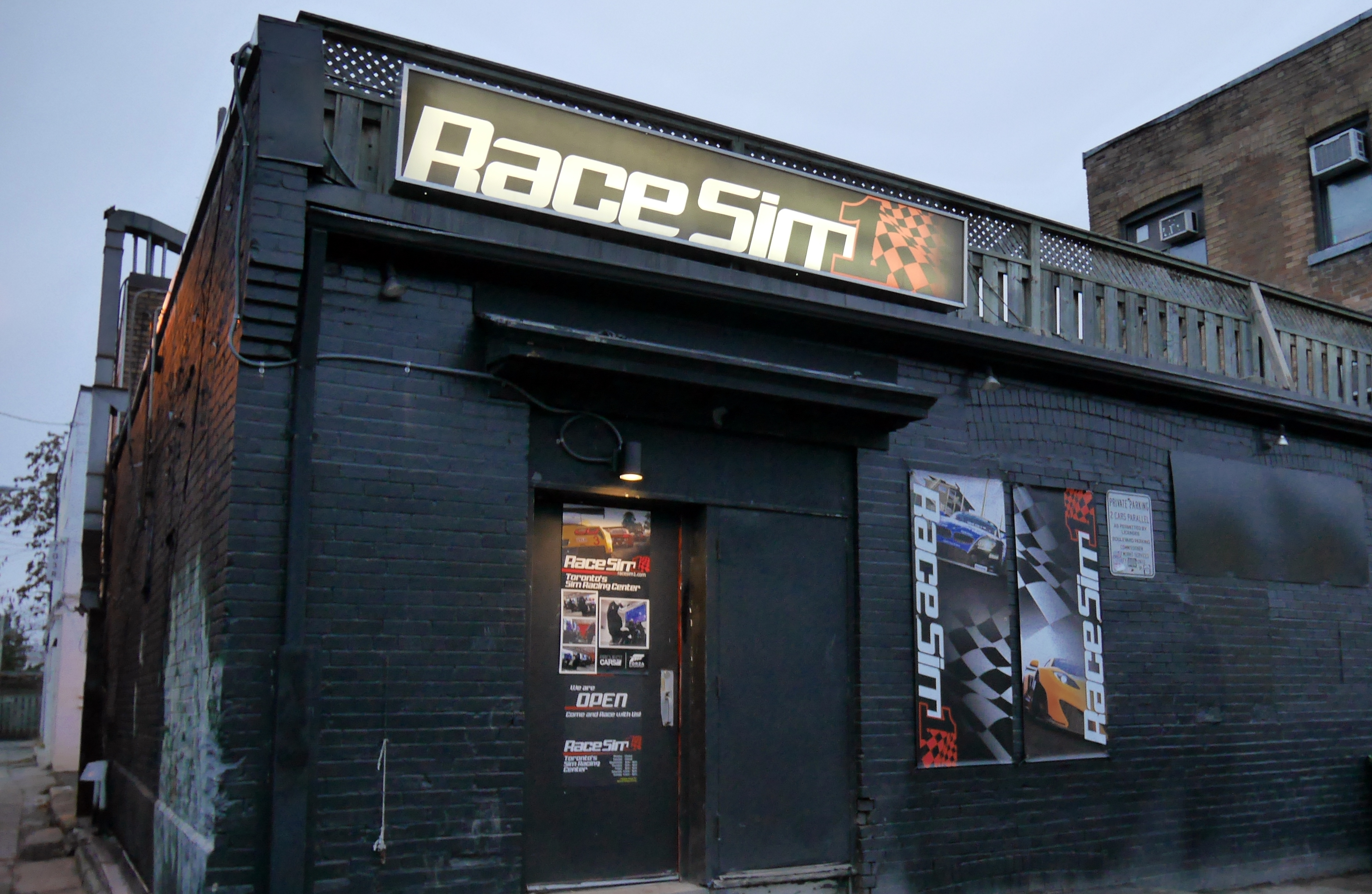 After walking down a set of stairs we entered into a well lit and spotless space that reminded me of a high-end garage. 5 custom built racing simulators sit against the far wall. A few couches for spectators and a snack bar complete the space. Maxime has plans for additional seating, but the overall look and “racing themed” elements are great.

“Everything here is new, if you can see it, it’s new!” remarked Maxime as he filled us in on the challenges of renovating the old basement on Bloor that flooded on him a total of 4 times! 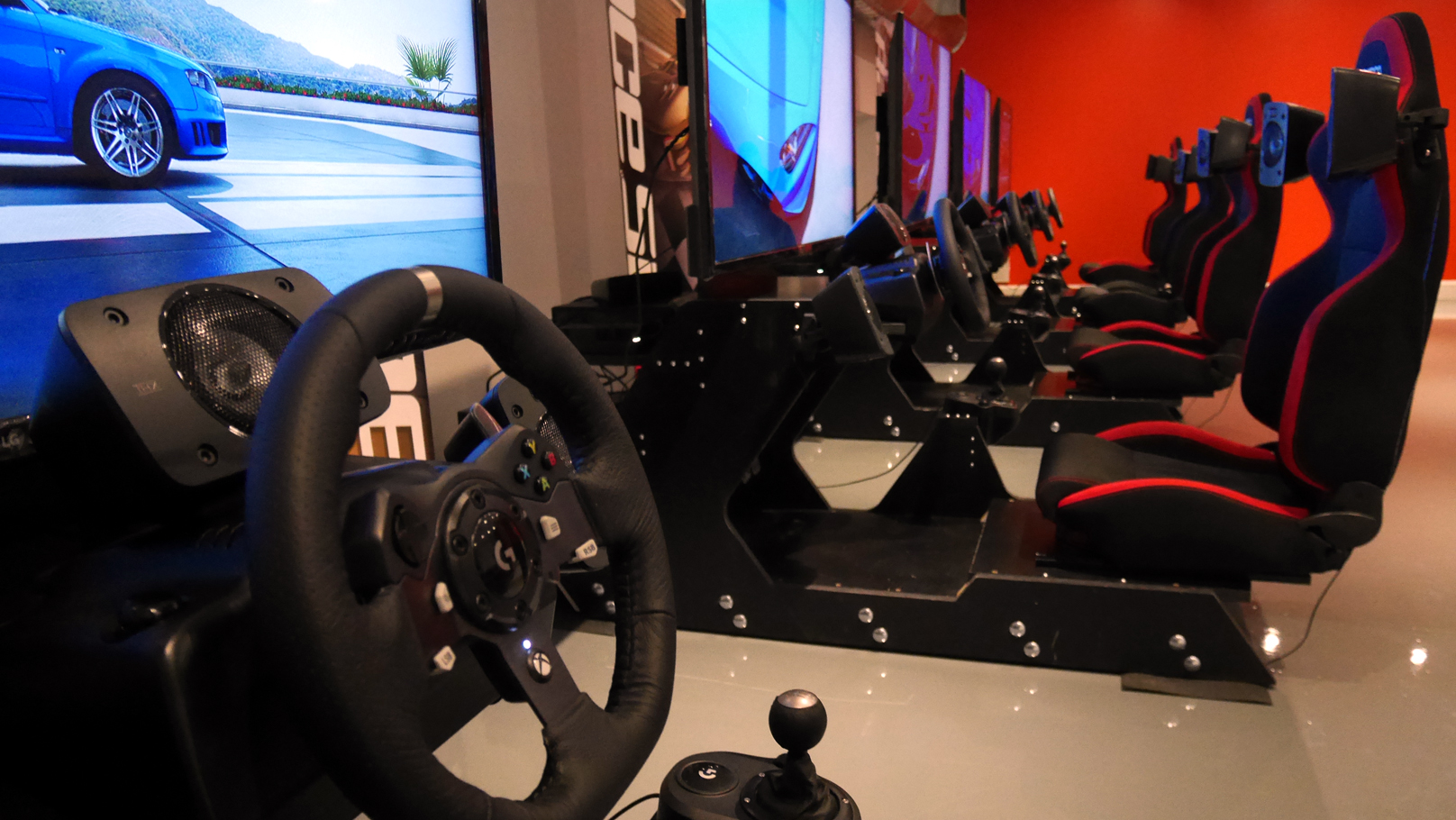 Maxime is a prime example of an entrepreneur. A fact that’s easy to tell when speaking with him. He moved here from his hometown of Montreal 2 years ago after accepting a promotion with his Toronto based employer. It didn’t last that long though, “I’m 36 now, 37 soon actually, and I knew since I was at least 22 that I would not work for others my entire life,” says Maxime.

A friend of Maxime introduced him to sim-racing going through various iterations of games and controllers. Not caring much for the typical steering wheel setups available to most consumers—his passion was ignited the first time he tried a rig with an actual seat, wheels and pedals. This was the crux, the point, at which he knew what type of business he wanted.

Surprisingly, but definitely to his advantage, there were no simulation arcades in Toronto—or Ontario for that matter. In fact there are only 4 in Canada.

So he set about rigging together these cockpits, settling on wooden frames with a real Sparco racing seat, drilled aluminum pedals, a full force-feedback steering wheel and to my delight a 6 speed H-pattern shifter. The visuals are provided by a 49” LED TV, and complemented by 5.1 surround sound. 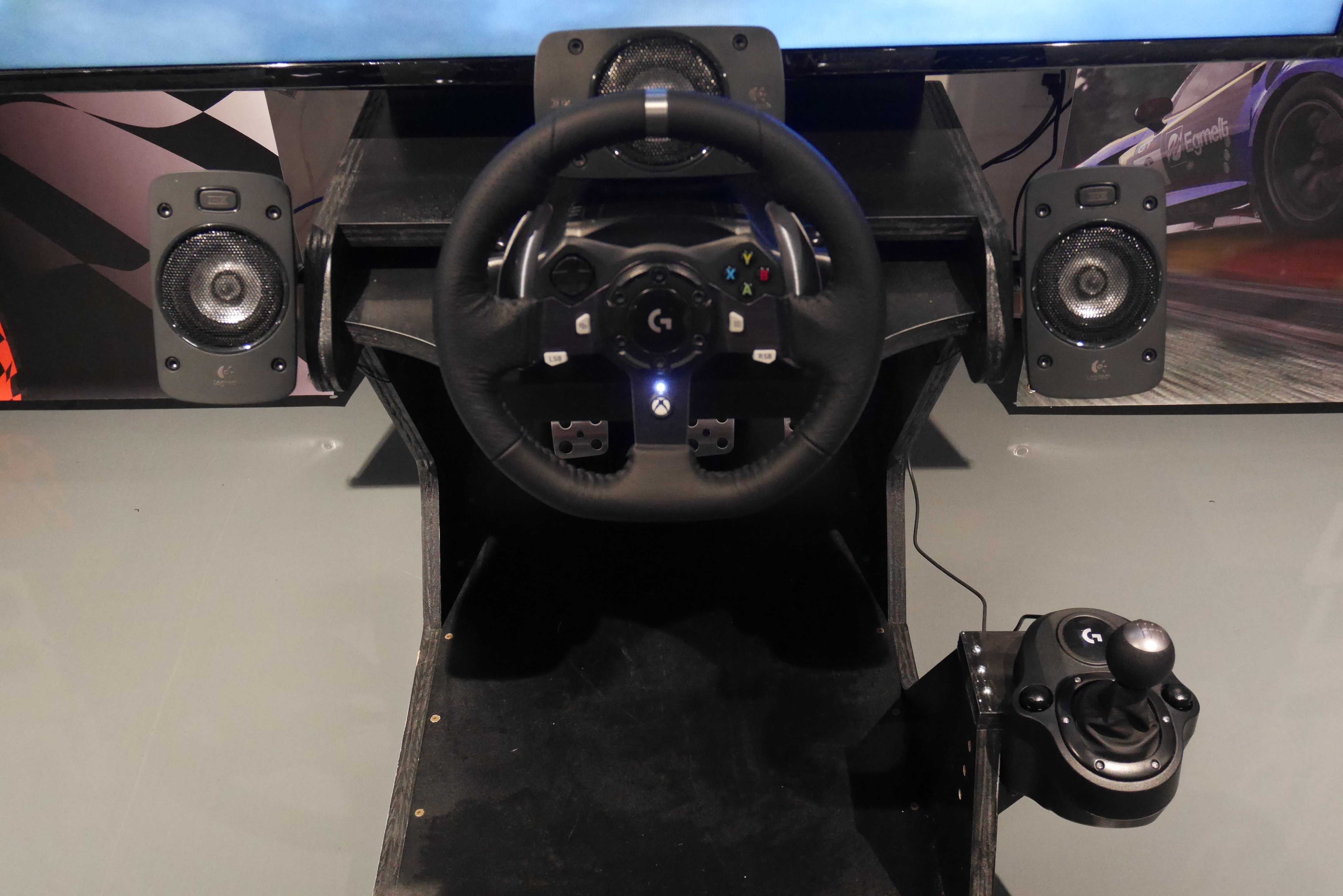 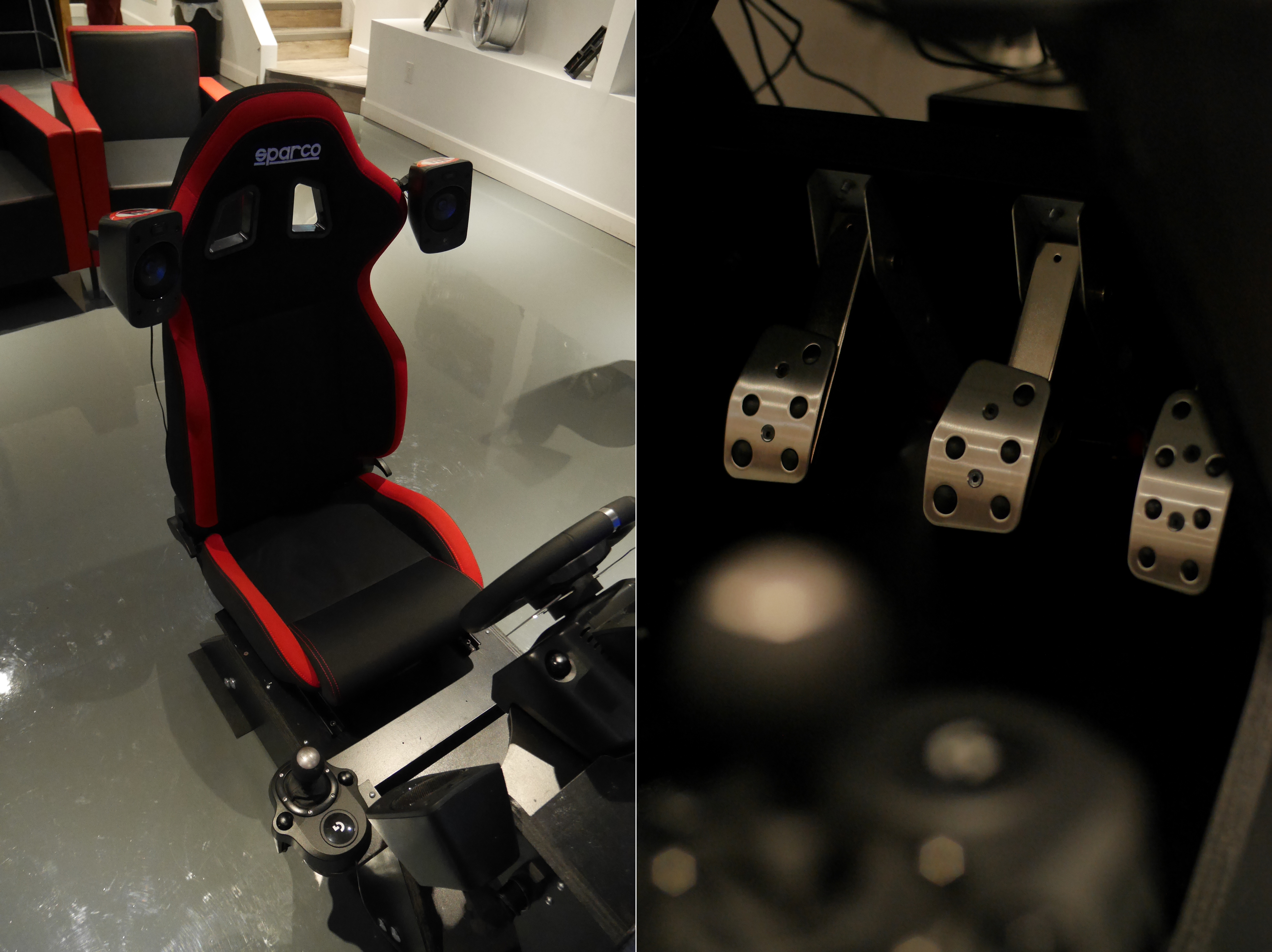 Maxime did everything himself. His background in IT no doubt having helped him rig 5 of these together and fine-tune the software that controls everything.

There are 2 games to choose from: Turn 10’s Forza Motorsport 6 or Project Cars. Technically brilliant games, the detail and realism of each car and track are unparalleled in the industry.

Just like that advertising sign that drew our attention on Bloor, Maxime had to get the word out to a larger audience—so again putting his IT skills to good use—he optimized his website so that it would be easy to find on Google and he joined local Facebook car groups. The resulting response was better than he had hoped “It exploded, and everyone started talking about it,” says the owner.

There seems to be a gap in the market for these types of Simulation Centers—arcades in general are far and few between—mainly being replaced with PS4’s and XBOX’es and ever-growing TV screens at home.

This place is different. It’s social. It’s a place to compete with others, to hone your skills on the track. Unlike online racing where you cannot see your opponent this is a much more competitive experience.

Actually that’s Maxime’s vision. To eventually have people form racing teams and compete in championships. In France where this is more established, car companies sponsor race-sim teams just like they do for actual race teams. That reality gap is shrinking folks.

What about the people who just want to have fun, and aren’t necessarily there to compete or shave those milliseconds of their lap times? That’s part of it too. It’s just plain fun, simulation or not the experience is addictive. 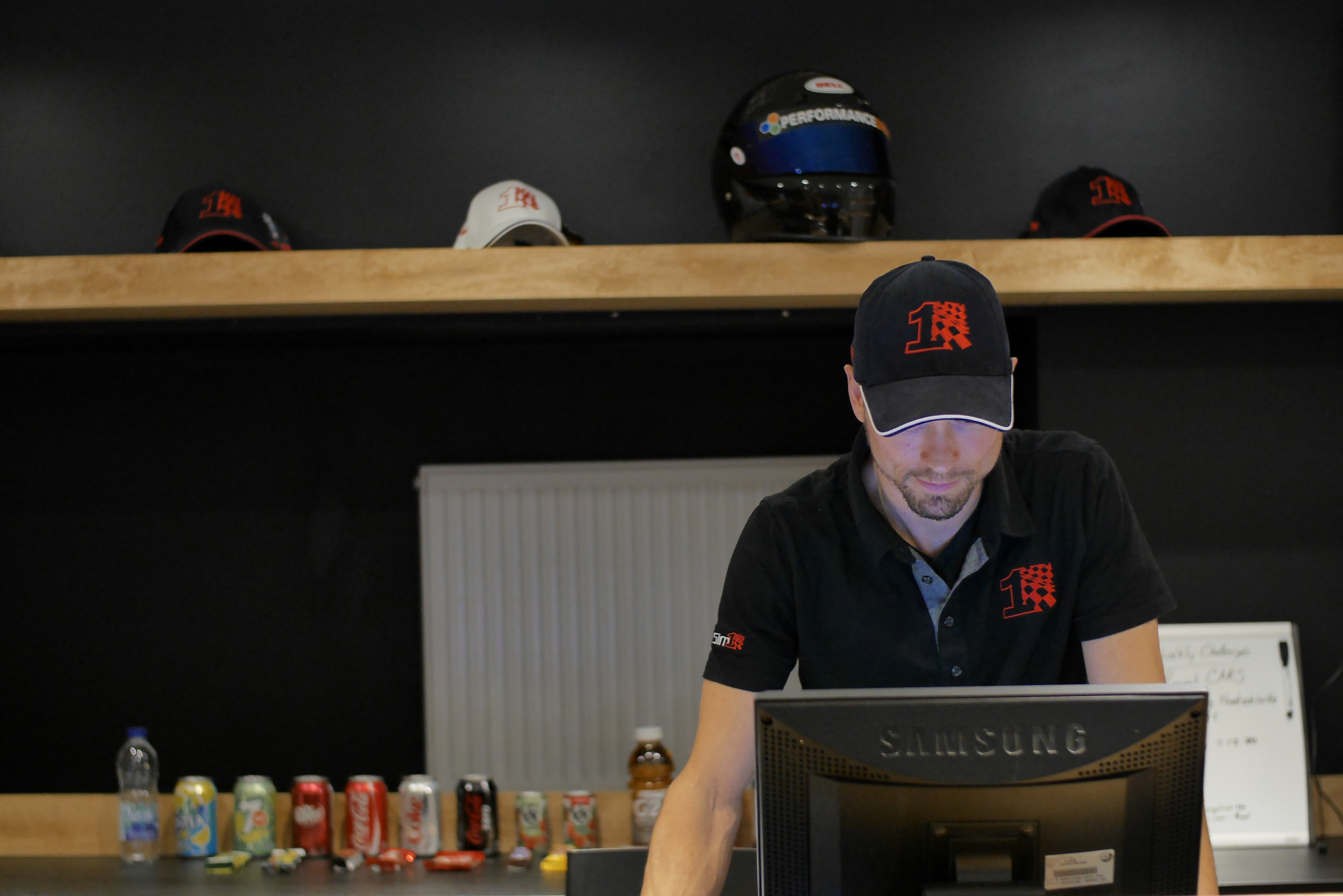 You may also like: 10 Best Driving Games and Racing Simulators

A young boy came in with his mother, having booked a seat earlier that day. “I’m curious, how did you find out about us?” asked Maxime. They tell him they Googled the word arcade and he was one of the first results. It was awesome to see Maxime walk his customer through all the in’s and out’s of the game, and answer any questions the young man had. This really is a low-pressure type of arcade where you’re not limited to the quarter you just put in, but rather a set amount of time that you pay for, so you can take your time and experiment if you choose. 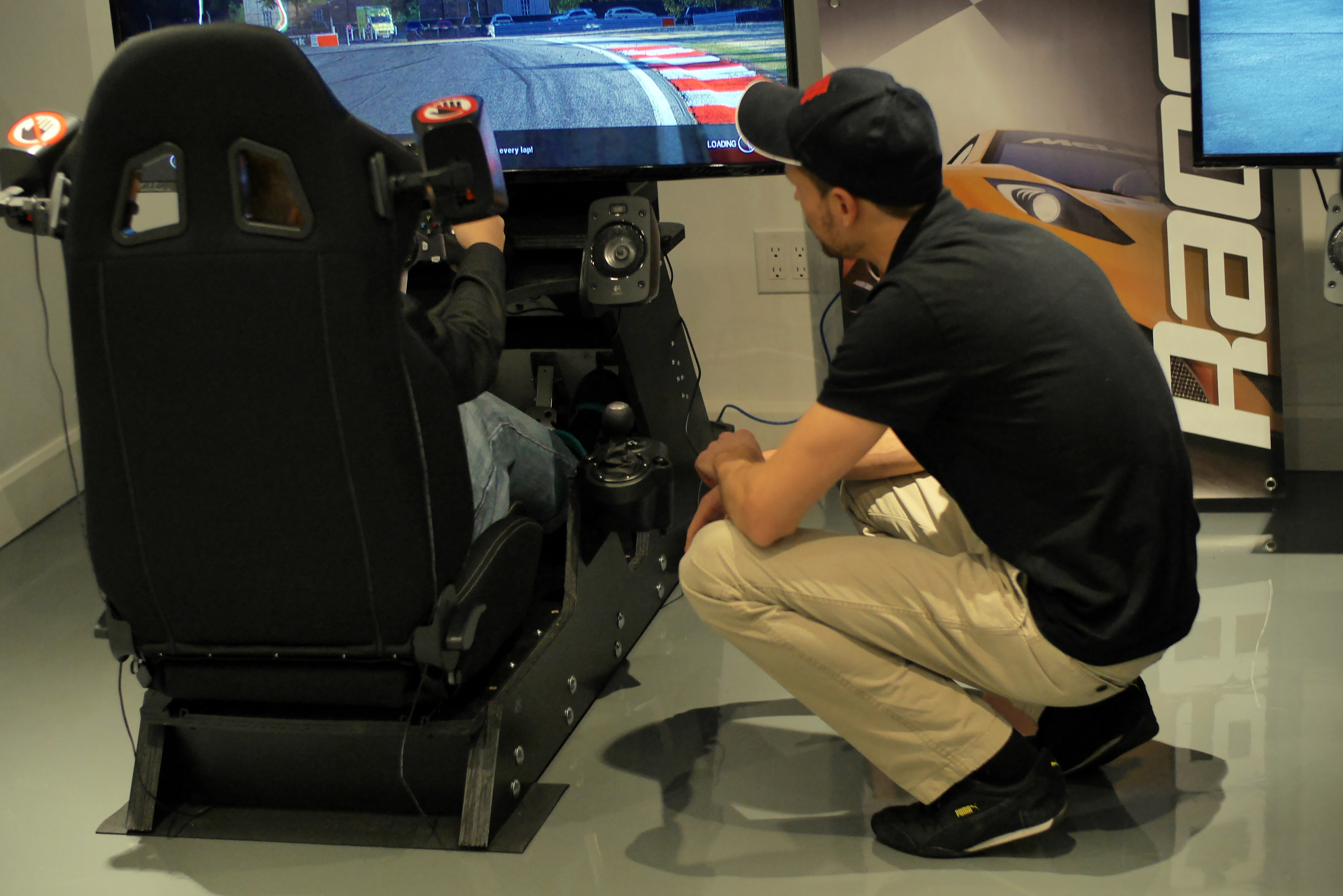 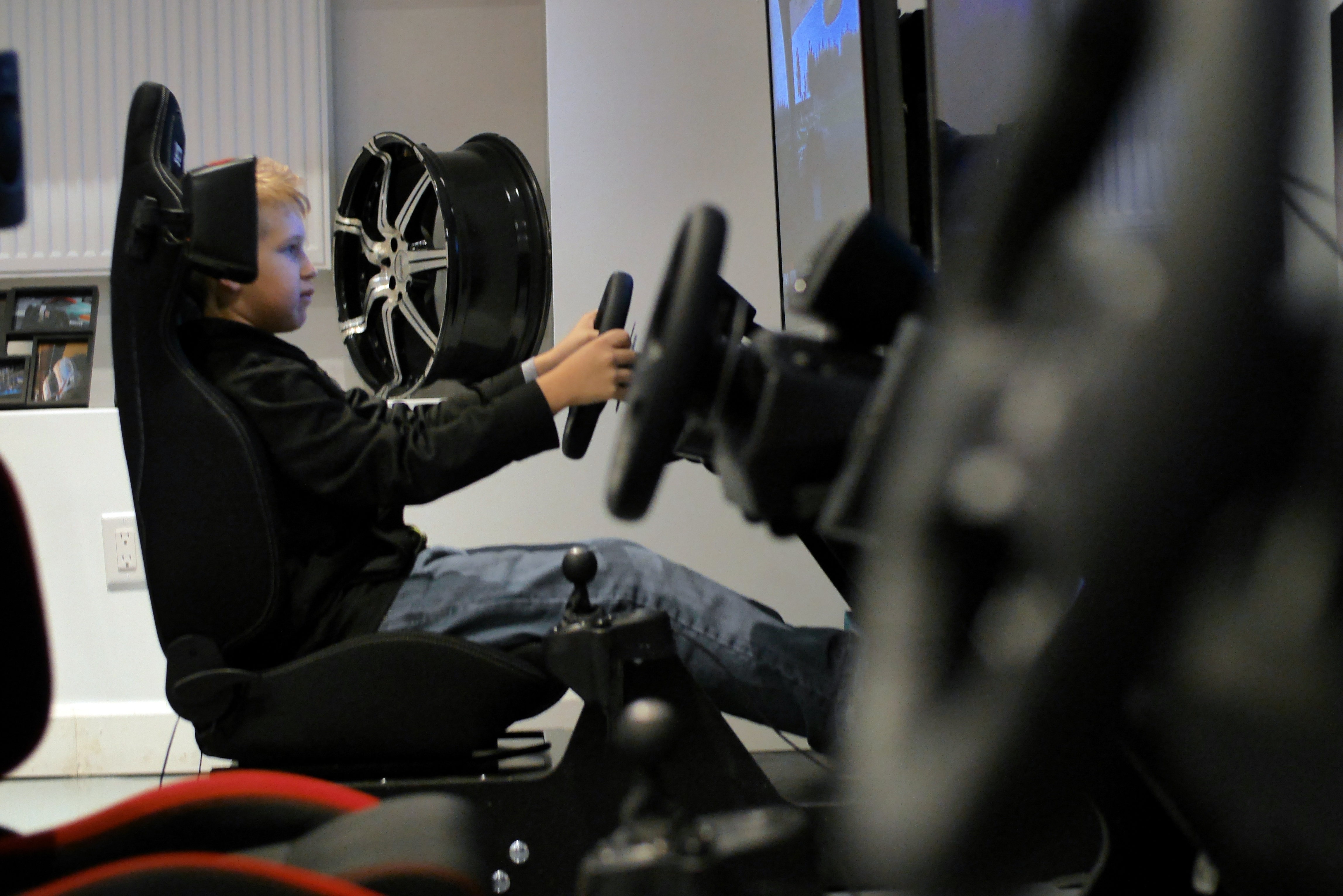 Finally it was my turn to take the hot seat. I opted to play using the manual transmission. It was uncanny how accurate the controls are, to avoid stalling (which I did many times) you have to feather the clutch and give it some gas just like in real-life. Once underway, the experience was absolutely fantastic.

The engine roar was lifelike; the accompanying vibrations from the 5.1 surround sound speakers and steering wheel provided feedback that enhanced the sensory experience.

This is quite unlike anything I’ve experienced before—much more realisitic than any sim racer I’ve played with conventional controls—and it wasn’t easy. Since I opted to row my own gears, I spent more time in the gravel traps and scraping the walls then on the actual track. Things got a bit better when I switched over to paddle shifting, but man was this ever a blow to my ego.

If I could, I would have probably spent all day there practicing and trying to get better.

If you love cars and driving—and I’m assuming you do since you’re reading this—you owe it to yourself to check out RaceSim1.

You may also like: Bugatti Vision Gran Turismo coming to Frankfurt Motor Show