There's nothing more polarizing to drivers than talk of proper lane etiquette on our roads.

From the responses I have seen on Wheels.ca, there seem to be more opinions about correct lane usage than there are about Canadian politics.

Since most crashes and collisions on divided highways are caused by unintentional or imprudent lane changes. Better lane discipline would result in fewer lane changes and hence reduce crashes.

The following is a summary of acceptable lane etiquette that will make traffic flow smoother, faster and most importantly safer. Let’s start with entering the highway:

Related: In a crash with ramp cheater, who’s at fault?

The first lane you will encounter is the “Acceleration Lane”. When merging onto multi-lane highways, drivers must first navigate the on ramp which flows immediately into the acceleration lane. After negotiating the on ramp at anywhere from 30 to 60 km/h, the acceleration lane is provided to help drivers accelerate up to the same speed as the highway traffic in order to facilitate a safe merge. Too many drivers are going too slowly when trying to merge with highway traffic that is travelling at 100 km/h or more. The principal behind the acceleration lane is for drivers to accelerate to match the speed of the vehicles on the highway before merging in with traffic, much like cogs on a gear set. 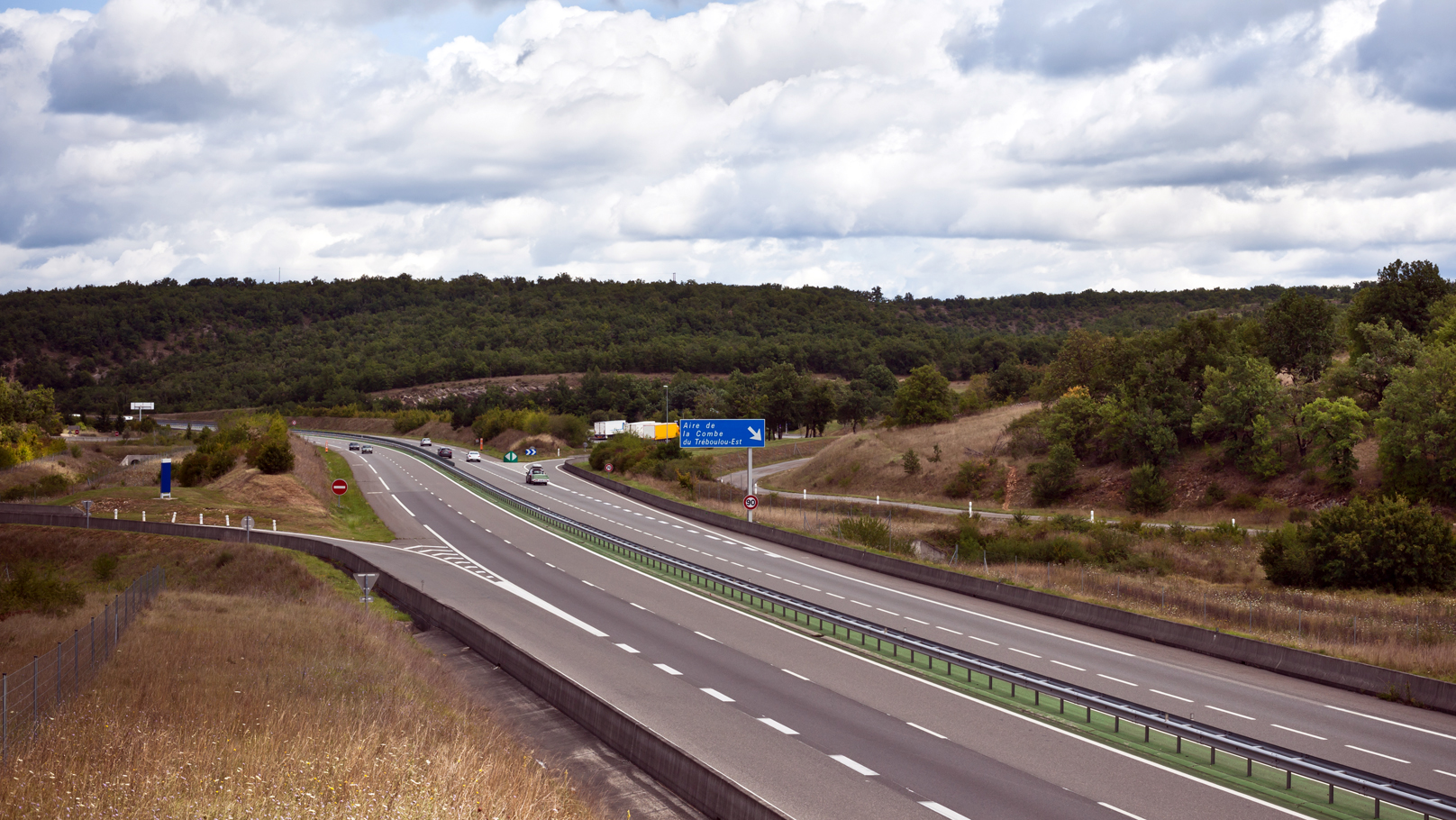 After safely merging into traffic you should remain in the “Right Lane” unless you need to pass another vehicle or move over to facilitate other vehicles merging on at any on-ramp. This is the safest lane and the correct lane to be using when you are not passing. This lane keeps you farthest from oncoming traffic and also allows you easy access to the shoulder should anything go wrong. Being in the right lane also means only one side of your vehicle is exposed to mishaps from other vehicles.

Some motorists and truckers do not like travelling in this lane since vehicles entering onto the highway use it to merge in with traffic. The solution is simple. Temporarily give up the right lane when you see merging traffic ahead. Check your mirrors, signal and move into the middle or left lane to allow merging traffic access to the right lane. After they merge, signal and return into the right lane. The exception is in areas of high merging traffic density where there are frequent interchanges such as Hwy. 401 through the Toronto area. Using the middle lane can be more prudent in this case, unless you are travelling at a slow rate of speed.

Multi lane highways will also have one or more “Middle Lane”. Slower traffic should not use these lanes for driving and should occupy the right lane. The middle lane is the truck passing lane and for faster traffic when passing vehicles in the right lane. Too many motorists and truckers plant themselves in the middle lane when driving slower than the flow of traffic and the ensuing traffic chaos behind them results in vehicles passing them on both the right and left sides.

Here is a simple concept. If you are being passed by vehicles on both your left and right side; you are in the wrong lane. Move over and drive in the right lane.

The lane that causes the most confusion and confrontations is the “Left Lane”. The Ontario Highway Traffic Act (Section 147) states that the left lane of multi-lane roads and highways are to be kept open for passing. This simple concept on its own should keep traffic flowing much easier. When you have completed your pass, move back into the middle or right lane.

The left lane is also the more hazardous lane when you are on undivided roads and highways. It positions you much closer to approaching traffic compared to driving in the right lane. When oncoming traffic is bearing down on you at high speed, it only makes sense to be as far away from oncoming vehicles as possible.

However, there are some exceptions. In the GTA, it is almost impossible to obey this rule during rush hour as all lanes are very much filled to capacity. As traffic speeds approach or exceed the speed limit, then the left lane rule should be heeded.

More recently we have been introduced the Commuter Lane or HOV Lane. These are designed for vehicles with more than one occupant. As the road becomes clogged with motorists driving solo, it allows multi-occupant vehicles to avoid the congestion and travel to work at relatively quicker speeds. 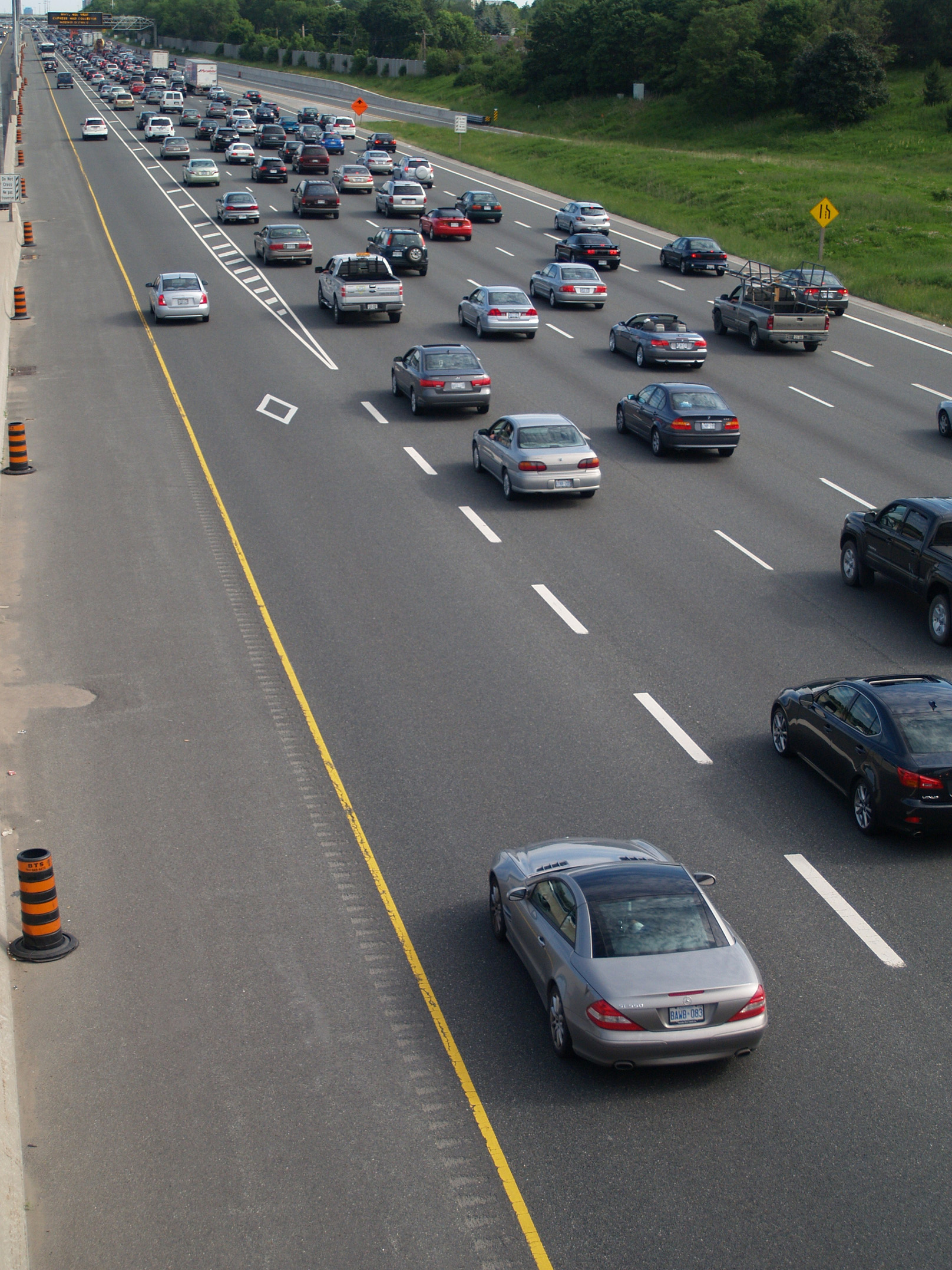 When traffic comes to a crawl this extra lane is a reward for those motorists who want to reduce vehicle use, fuel consumption and pollution.

It should also be noted that the commuter lane is NOT the infamous left lane. The left lane still exists and is immediately to the right of the commuter lane separated by the double hatched white line. It is important to point out that these lanes are not to be used as a “personal Autobahn” by motorists. The commuter lane is still subject to the Highway Traffic Act and driving in it requires care, smart decisions and full attention just like all the other lanes of our roads.

This is an excellent time to point out two important concepts of which many motorists seem to be unaware.

1. To motorists who miss their exit — you are not stuck on that road for the rest of your life. You do not need to veer across traffic or slam on your brakes in a last-ditch attempt to make it off in time. That is extremely dangerous and has cost many lives. Simply continue on to the next interchange where you can exit off and come back from the other direction. It will probably only add a few minutes to your travel time.

2. Impatient drivers who believe they can save gobs of time by “Lane Hopping” are mistaken. This practice is not only dangerous but it also is not very effective. Actual road tests have shown that any time gained by lane hopping is insignificant compared to the overall time of travel. The time saved is simply not worth the added risk.

How each of us use the different lanes on our highways directly affects how efficient and safe our highways are. European drivers definitely have better lane discipline than their North American cousins and anyone who has had the pleasure of driving on the German Autobahn will tell you how enjoyable and safe it is compared to the haphazard driving styles here.