The better way to consider your range and charge time isn't MPG-e, it's miles per kilowatt-hours (kWh).

It has been well reported over the last five years or so that Volkswagen (along with many other manufacturers) is planning a major electric vehicle (EV) offensive that will have their line-up be made up mainly of EVs before 2030. In VW’s particular case, they are aiming to have 75 new EVs by 2028.

That’s no small number, and it serves to shed further light on the fact that many potential EV adopters, by VW’s own admission, still aren’t all the way there yet.

“People are afraid that driving an EV (would hurt) their freedom of owning a car,” said Dustin Krause, sales director for e-mobility at. Krause would go on to attribute concerns of range, charge time and infrastructure as the main reasons people are hesitant to hop on the EV train.

The thing is, though, is that we are forgetting the golden rule: people are afraid of change, and switching to EV mobility – even now, on the eve of manufacturers diving headlong into the EV world; and rumour has it that we may see up to eight EVs from VW’s own I.D. EV program by the 2023 model year – people aren’t quite ready.

VW, though, thinks that if potential buyers knew just a little bit more about the ins-and-outs of EV ownership, they might start to come around. With that in mind, we attended VW’s EV101 primer, hosted over Skype.

While saving money is usually reason number one for electing to go the EV route, there are many out there that say they like the idea of going the EV route because of the lessened environmental impact it represents. In that light, VW’s research shows that a new gas-powered passenger vehicle – which averages 31 miles-per-gallon (about 7.5 litres per 100 kilometres) – would produce four to seven times the emissions of an average EV, from well to wheel. So, if your going by those figures, going EV is the environmental move.

The big issue Krause takes with the way manufacturers currently explain electric range is that it’s done with a gas engine in mind. MPG-e looks like the shorthand for “miles-per-gallon” we’ve always known, so that’s what manufacturers have begun to espouse. According to Krause, though, that’s the wrong way to look at it.

“That’s a gas car term wedged into an EV world,” he said. “To be honest, it doesn’t really work that well.”

Charging, meanwhile, can be considered in terms of kilowatts (kW). Basically, on a DC fast charger – also known as a “level III charger”, though charge times can still vary – you’re looking at about 60 miles of charge after 30 minutes on a 50 kW charger at the lower end of the level III scale. You will get some 200 miles on a 350 kW charge after the same amount of time.

That level III level is where things get a little complicated. That’s because manufacturers will typically say that you can get to an 80 per cent full charge after about 30 minutes on a level III charger. They don’t mention a full charge because a battery can only absorb so much charge over a given time frame. Your battery will continue to charge to 100 per cent on a level II charger, but your charge time from 80-100 per cent will not be at the same rate as the charge from 0- 80 per cent.

“That’s when you want to get back on the road,” said Krause. “You’ve gotten the maximum amount of power in the optimal time.”

Most EV owners, however, do most of their charging at home on a 240V level II charger. Typically, manufacturers will sell you one of these along with the car. Those tend to charge at about 9.6 kWh per hour, meaning the new VW I.D. 3, for example – the first production-ready vehicle from the I.D. 3 program – will take about five hours on a level II charger to get from 0-100 per cent charge. That’s assuming your I.D. 3 has the 48 kWh battery. There will also be 62 and 82 kWh options at launch. 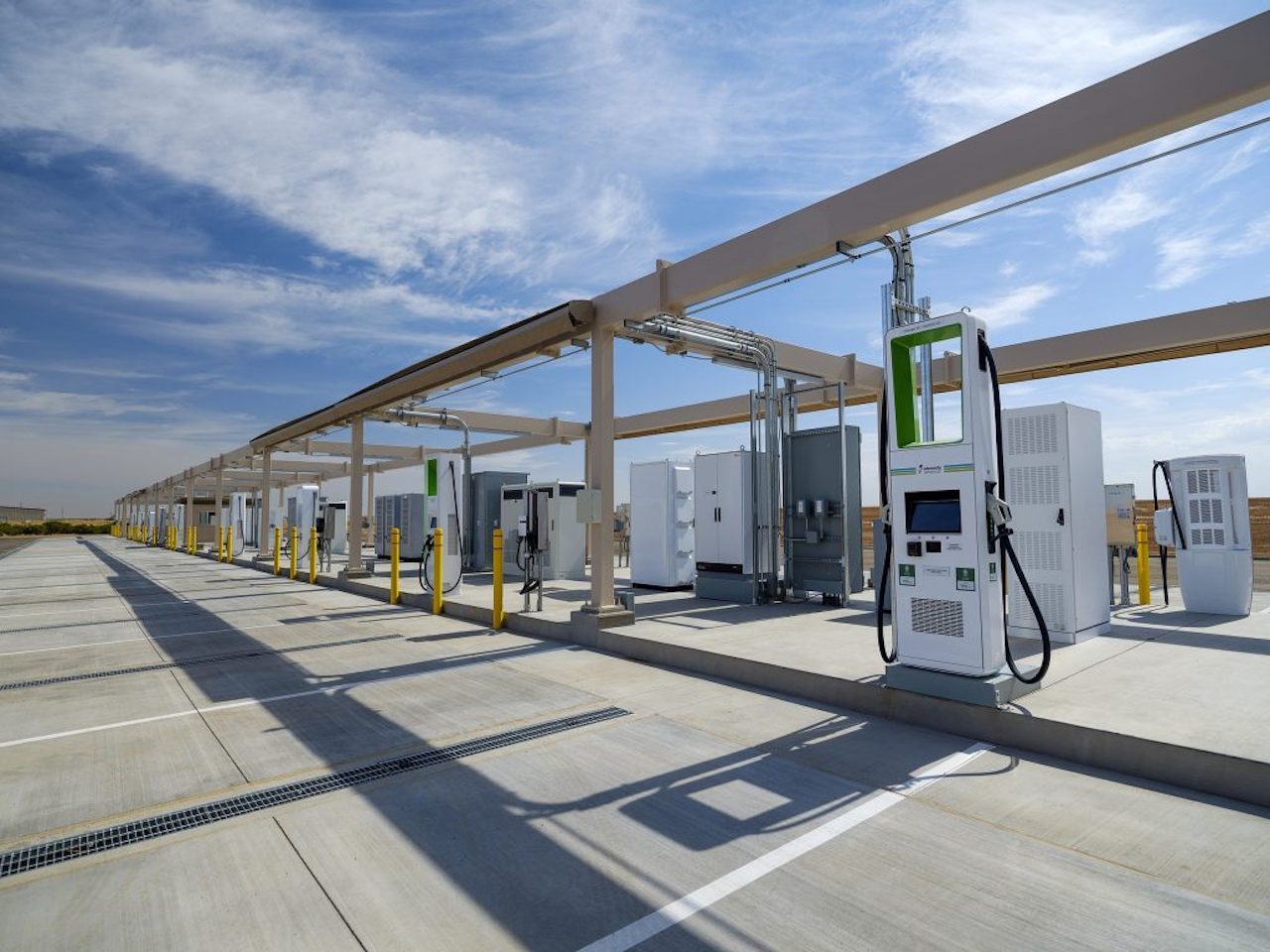 What about my range, though? Why is it always changing? And why is it different than what the manufacturer claims?

There are a number of factors at play here, but first it pays to have a look at how various markets and their governments rate and compute EV ranges.

One of the first systems was called the New European Driving Cycle, or NEDC. This system calculates EV range mainly during city and suburban driving, where these types of vehicles tend to excel. VW calls this system “notoriously generous” as testing was often done in optimal scenarios and the average speed during the NEDC’s various test was just 21 mph.

NEDC has since been replaced by one that is more of a mouthful: the Worldwide Harmonized Light Vehicle Test Procedure, or WLTP. This system – which is used by Asia and Europe, regardless of nomenclature – has moved testing speeds up to 29 mph and performs more complex testing.

According to Daniel Messner, director of vehicle integration at VW Group America, the most important test is that of the U.S. Environmental Protection Agency, or EPA. This test leans toward highway and suburban speeds – averaging about 48 mph — and in hot and cold temperatures with the HVAC on to compensate. Those are the figures you want to watch out for.

EVs – just as gas-powered cars tend to these days – tend to have gauges that can provide you with how many kilometers you still have left on a given charge. This is based on a number of factors, and remember that as smart as the system is, it’s still somewhat a slave to human error. If you’re driving aggressively, then the system will lower your expected range. Same story if you use the HVAC heavily. Even your GPS system comes in to play. Once a route is activated, VW said, even more data points are provided to the car so it can better estimate range. Using GPS with an EV, meanwhile, can also help determine your charging points, which is always important in this segment.

Speaking of planning my route…

Another pain point cited by VW when it comes to perspective EV owners, is simply whether or not they can get to all the same places they could always get to in their gas-powered car or SUV. Basically: can the charging network in the U.S. and Canada keep up with the number of EVs on the road?

Krause said that is a false worry. “In terms of critical mass,” he continued, “we’re still pretty far from having the amount of electric vehicles on the road where we really get challenged in that way.” Put simply, with the number of charging networks currently on line in the US, there’s plenty of room for more EVs on the road. 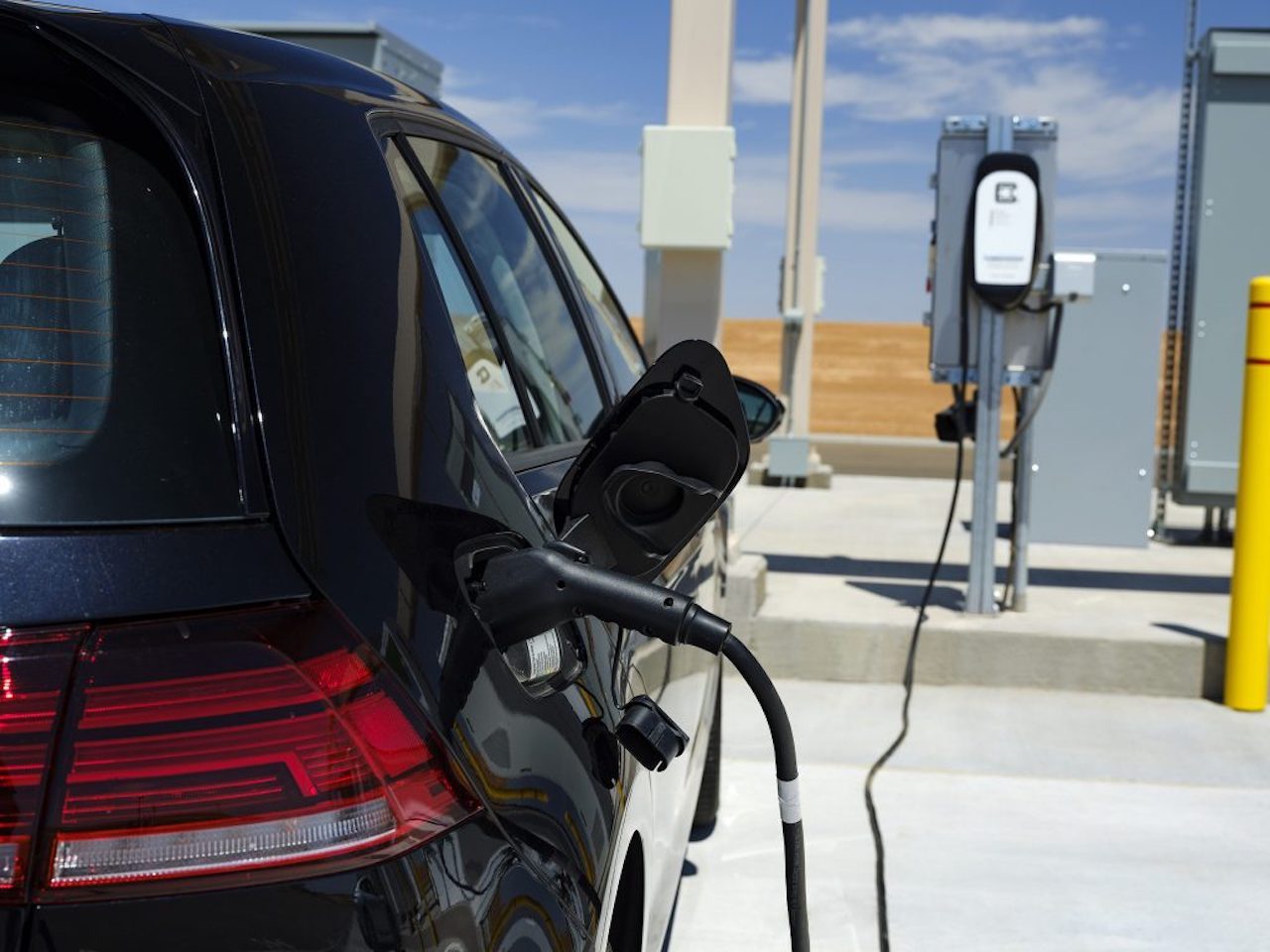 Charging and range aside, EV ownership is a money-saver

While EV’s presentation revolved around the US market, the average cost of charging a car is about 13 cents per kWh, which is a big savings that the average cost of a gallon of gas in the US is about $2. If you compare the I.D.3’s 48 kW battery – its “gas tank”, as it were — with the fact that the current Golf can hold about 13 gallons of gas, you can see how filling the gas golf up costs about $26, while charging an I.D. 3 to full would only cost about $6.25. Yes, in the U.S., charging at public stations can sometimes double that cost but even then, you’re still saving $10 on a fill. VW’s calculates that over an EV’s lifetime in a given household, you will save almost $15,000 in fuel costs in the state of Washington, a state where the average cost of charging an EV is 14 cents, hovering right around the national average.

And that’s just the cost savings associated with “fueling” your EV. What about the rest?

“EVs, in general, cost much less to own,” said Krause. “There are no oil changes, air filter changes – all the normal wear-and-tear items that you’d find in a vehicle.” Even the brakes, which are part of the on-board charging system in a car through regenerative braking, aren’t taxed as heavily because EV motors are such that they do a huge part in slowing a vehicle down once you let off the throttle.

Then there’s the fact that most EVs run transmissions that are much simpler than conventional transmissions – they usually only have a single gear and only nine or so parts past that. There’s also no driveline required for AWD, as EVs typically us a second motor that charges the rear wheels.

“(At their core), electric cars are pretty simple,” Krause said. “It’s going to be a great thing for the consumer in terms of maintenance, operating costs at the rest of it.’