If you’ve been saving your deutschmarks for the new iteration of Volkswagen’s legendary hot hatch, then you will want to pay attention. The 8th-gen Golf GTI and Golf R, both with more power and handling chops than their predecessors, will start at $31,495 and $44,995 respectively.

These cars will be powered by the same basic 2.0L turbocharged four-cylinder engine in varying states of tune. The GTI will produce 241 horsepower and 273 lb-ft of torque, which represent about a dozen more of each measure over last year’s car. For its part, the all-wheel drive R now crests the tri-century mark, belting out 315 ponies and 295 lb-ft of torque in copies equipped with the DSG gearbox. If you think the horsepower number was spurred on by the Civic Type R and its ilk, you’re probably right on the money.

Speaking of, a six-speed manual will be standard equipment on both cars, with a 7-speed DSG dual-clutch automatic showing up on the order sheet as an extra-cost item. As noted above, this ‘box will permit the R to boast its 295 lb-ft torque figure; manually shifted Rs will make do with 280 lb-ft of twist. Handling this newfound grunt is a Vehicle Dynamics Manager which is said to play well with a torque-sensing limited-slip diff on Golf GTI and a rear-axle torque-vectoring unit on the all-wheel drive 4MOTION Golf R. 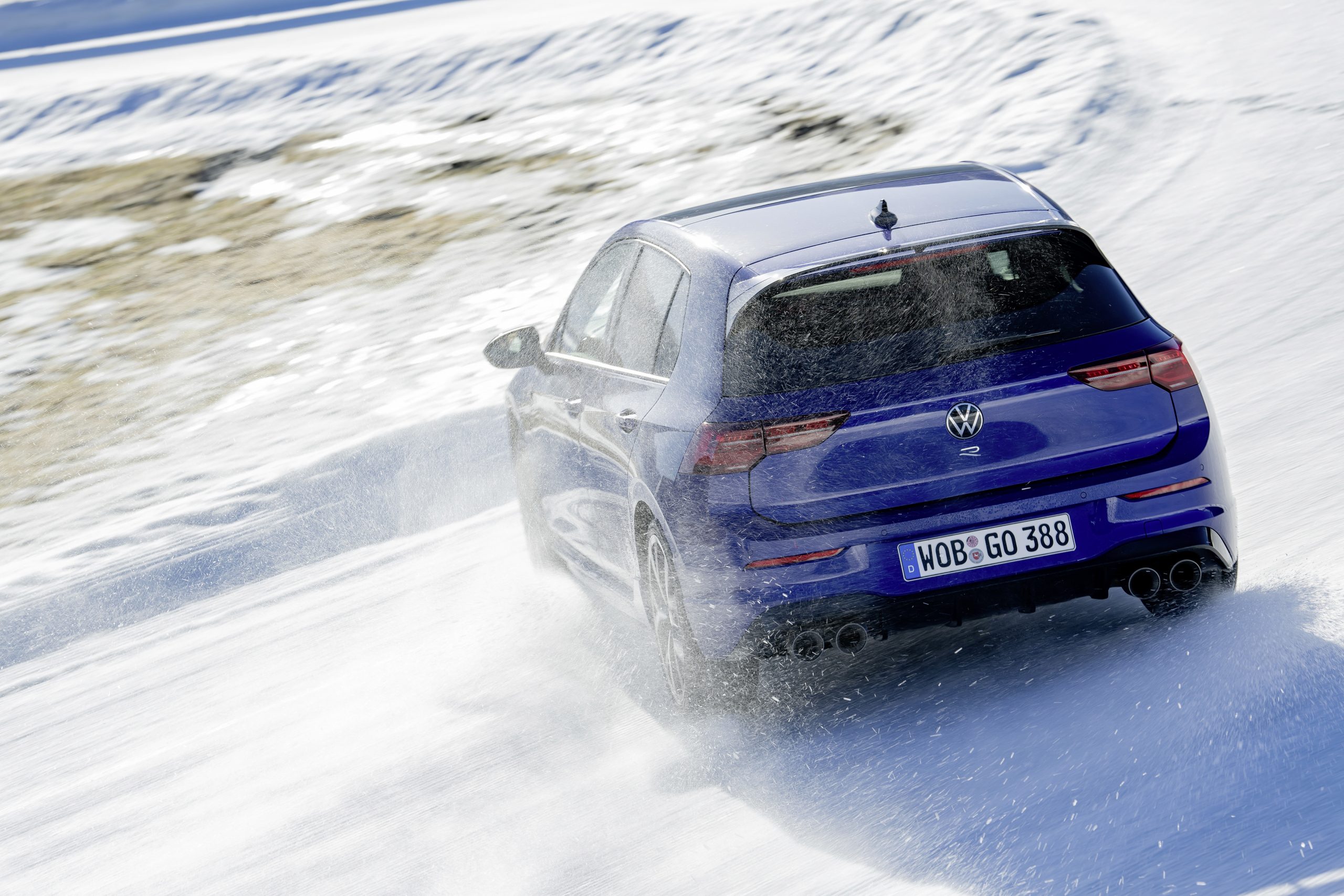 The latter replaces the gubbins out back in last year’s open-diff Golf R with a differential that utilizes two multi-plate clutches that can precisely distribute 100% of the power which has been sent aft to an individual rear wheel. This will permit the system to ‘overdrive’ the wheel on the outside of a curve to essentially reduce cornering radius and provide more sprightly turn-in. Of course, this does not mean the system can apportion 100% of total power to the rear wheels.

There will be three trims of GTI, though they all have the same amount of torque and horsepower. A mid-range Autobahn trim adds the likes of snazzier lighting and various creature comforts for $3500 over the entry-level model, while the roughly $40,000 Performance trim adds sticky summer tires and lavishes more features on the interior. Golf R will come in one trim only, packing the mentioned performance guts plus a couple of interesting features like tri-zone climate control, the latter of which shows up on SUVs but is a rarity in car-based hatchbacks.

Look for the 2022 Volkswagen Golf GTI and Golf R at Canadian dealers in the fourth quarter of this calendar year.