Company showcase new design that is clean, simple and elegant

For those of you who skipped German class in high school, that’s “the best or nothing”.

Various sources trace this phrase back to Gottlieb Daimler, one of the founding fathers of Mercedes-Benz and this slogan still drives the people who design and engineer Mercedes-branded vehicles.

At the pinnacle of the Mercedes pyramid sits the S-Class. So an all-new S-Class is an important event.

You can see from the photos that it looks very much like a Mercedes – family resemblance is very important to the people who design these cars, and to the people who buy them. Personally for what it’s worth, I think it looks stunning. Clean, simple, elegant. Full marks to chief design officer Gordon Wagener and his team. And the new seat designs certainly look comfy, and offer up to 19 different adjustments to suit every body shape and size

Handsome is a handsome does, and the ultra-low drag coefficient of 0.22, among the lowest in the industry, benefits both fuel consumption and cabin noise, thanks to less racket from the wind.

Initially we will get two models. The S 500 4MATIC Short Wheelbase gets a 3.0 litre “turbo”-charged inline six. The “Turbo” is in quotes because it is really a supercharger driven not by turbine power from the exhaust stream, but by an electric motor so it can react more quickly than one driven by exhaust gasses and producing less “turbo” lag.

Canadian power and torque numbers have not been released, but in Euro-spec this makes 435 horsepower and 384 lb-ft of torque, with an additional 184 lb-ft and 22 horses available from the hybrid system. They have released a 0-100 km/h sprint time of 4.9 seconds. The S 580 4MATIC Long Wheelbase gets the 4.0-litre V8, again with electric intake charging. We didn’t even get Euro-spec power, torque and acceleration numbers for this engine, but they will be substantially larger, larger and lesser respectively than the six. It too gets the mild hybrid. 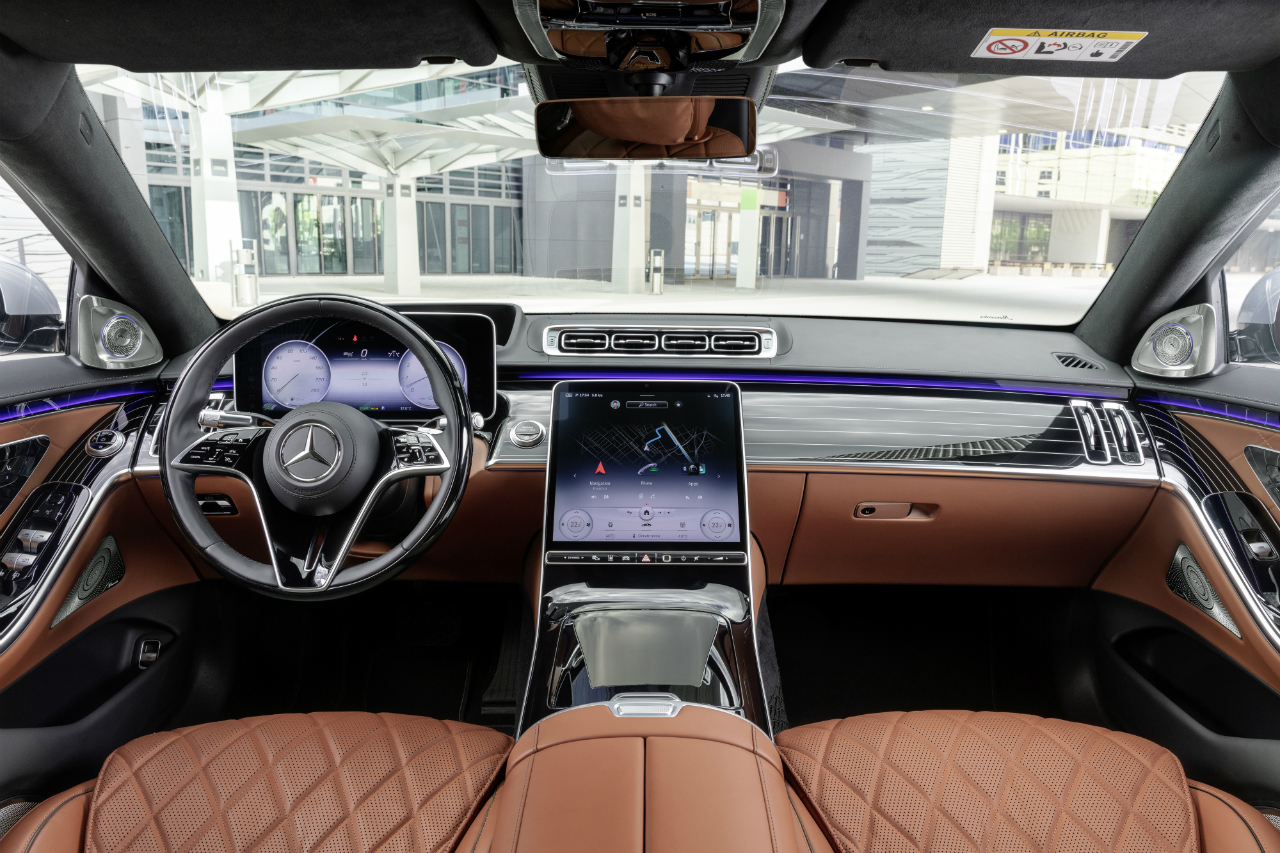 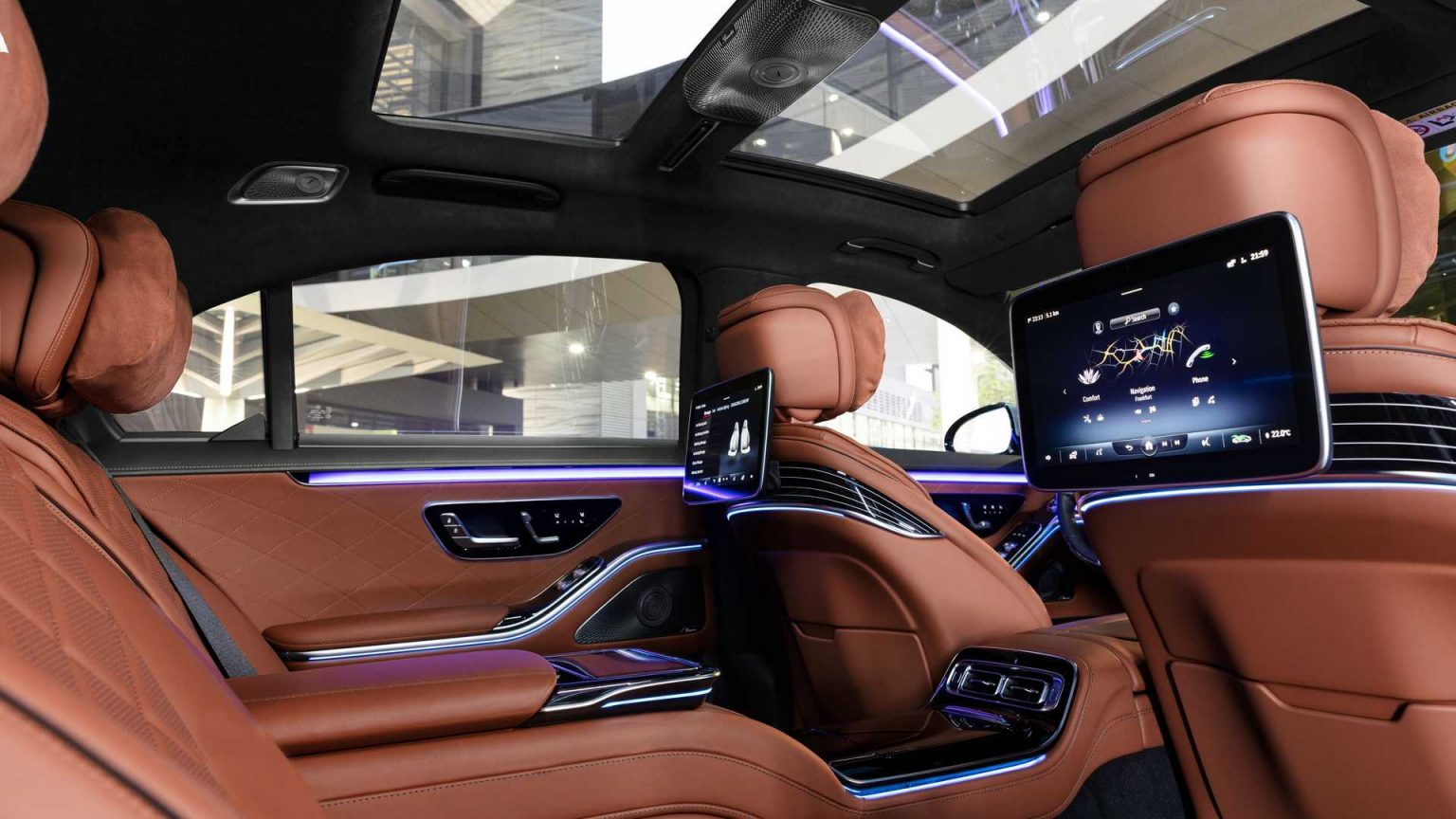 All S-Classes (except that electric) will have a nine-speed automatic transmission, and as the label suggests, Mercedes’ full-time, automatically-engaging four-wheel drive system. For what I think is the first time in a Mercedes-branded car (as opposed to an AMG), we find four-wheel steering. Mercedes claims their system that allows up to 10 degrees of opposite-phase turning of the rear wheels at low speeds to ease manoeuvering in tight spots, and will shorten the turning circle by up to 1.9 meters. Above 60 km/h, the system switches to in-phase rear-wheel steering by up to 4.5 degrees for improved high-speed stability.

Mercedes claims the new S-Class is ready for Level 4 autonomy, and added some interesting developments for crash safety. Just before the car hits a frontal object (like a wall or another vehicle) or if it senses you are about to be hit broadside, it will automatically raise the car via the air springs. Research has suggested this will help protect occupants.

One thing drivers should take time to get comfortable with is the car’s voice-activated system. “Hey Mercedes!” still sounds awfully casual for such a serious car. But once you figure it out, it can do a lot of things for you. Even I must admit it’s one of the more intuitive of such systems.

An issue of mine is head-up displays. These invariably take your vision from looking down the road to looking at the base of the windshield. Mercedes claims their new system appears to project farther ahead which should reduce this critical flaw.

Many of the minor controls are new, and frankly, some don’t look like improvements. The power seat adjustment buttons for example don’t move when you press them. How do you know they’re working? Journalists in Germany who have tried them have complained about them.

Mercedes is trying hard to show their environmental nous, pointing out that use of aluminum – some 50 per cent of the structure – has taken up to 60 kg out of the car. Use of various materials in the structure has also reduced road noise transmission as the car is said to be dead quiet inside.

It would take way more space than I have here to outline all the features of this car. And without being able to drive it, I couldn’t tell you that much about it anyway. Will it remain “das Beste”? 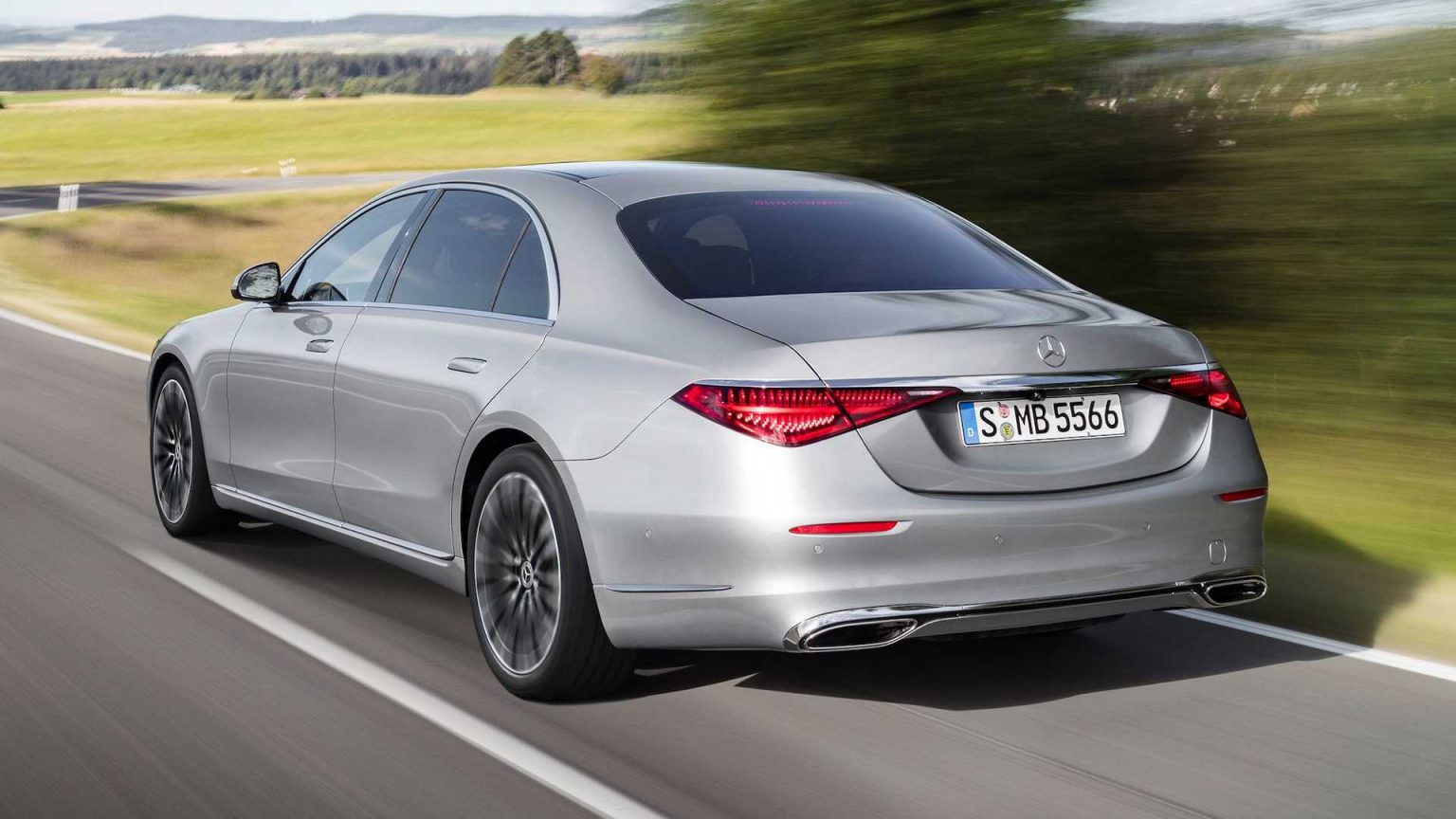