The lowest priced Benz is a big deal and probably the most important new product for Mercedes.

BROOKLYN, NY – Look out Audi and Volkswagen! There’s a new fish in the sea and it calls itself A-Class.

The Mercedes-Benz A 250 hatchback, revealed earlier this year, is now joined by a sedan variant that boasts the same “Sensual Purity” design language first seen on the 2019 CLS.

Across the pond this is not a new model class but it does mark the first time that Canadians get the A-Class in both hatchback and sedan form. Our neighbours to the south don’t show the same preference for 5-door cars like we do, and they will not get the hatchback and, frankly, that’s their loss.

The last generation CLA was based on the European market A-Class and was available only as a 4 door sedan with a coupe-like profile that emulated the larger, more luxurious, and much more expensive CLS.

Drawing new customers to the brand the CLA impressed with the quality typical of Mercedes at a much lower price point, with no obvious downsides. Headroom was tight for taller folks riding in the back but the CLA was a capable performer and all-wheel drive helped to hide its economical front-wheel-drive underpinnings.

The AMG CLA 45 packed a firecracker of a 4-cylinder motor that pumped out a ludicrous 375 hp from a mere 2 litres and was and still is an absolute riot to drive.

According to Dietmar Exlar, President and CEO of Mercedes-Benz USA, about 70 percent of CLA customers in 2014 were new to Mercedes, coming from other non-luxury brands and even more significant was the fact that they were 11 years younger than the traditional M-B customer.

“The formula for success here is pretty simple,” said Dietmar. “Attract young customers to the brand and keep them for life.”

Revealed to media on a rain-soaked evening in trendy Brooklyn, the A-Class sedan’s compact proportions contrasted by its long hood, high beltline and short front and rear overhangs give it a unique and sporting character.

Sleek takes on an entirely new meaning when seeing this A-Class sedan in person.

Subtle character lines and a religious approach to aerodynamics include sealed headlamp surrounds, panels that cover most of the underbody, front and rear wheel spoilers that efficiently route air around the wheels, which have also benefitted from aerodynamic tuning, all contribute to make this the most aerodynamic production car in the world today.

Customers will be able to choose from two trims: the A 220 and the all-wheel-drive A 220 4MATIC.

An efficient 2-litre turbocharged 4 cylinder will pump out 188 hp and 221 lb-ft of torque routed through a 7-speed dual-clutch automatic transmission, that should make this a sprightly little car and very efficient thanks to that wind-cheating shape.

Roughly the same size as the outgoing CLA, the new A-Class will have more headroom thanks to it being slightly taller, and although the overall length is less than the CLA at 4549 mm, the longer wheelbase contributes to a cabin that feels airier and less claustrophobic for rear passengers.

Even though it doesn’t have the same cargo volume as the much more practical hatchback the sedan’s trunk boasts a large 950 mm opening and a very competitive 420 litres of space inside. 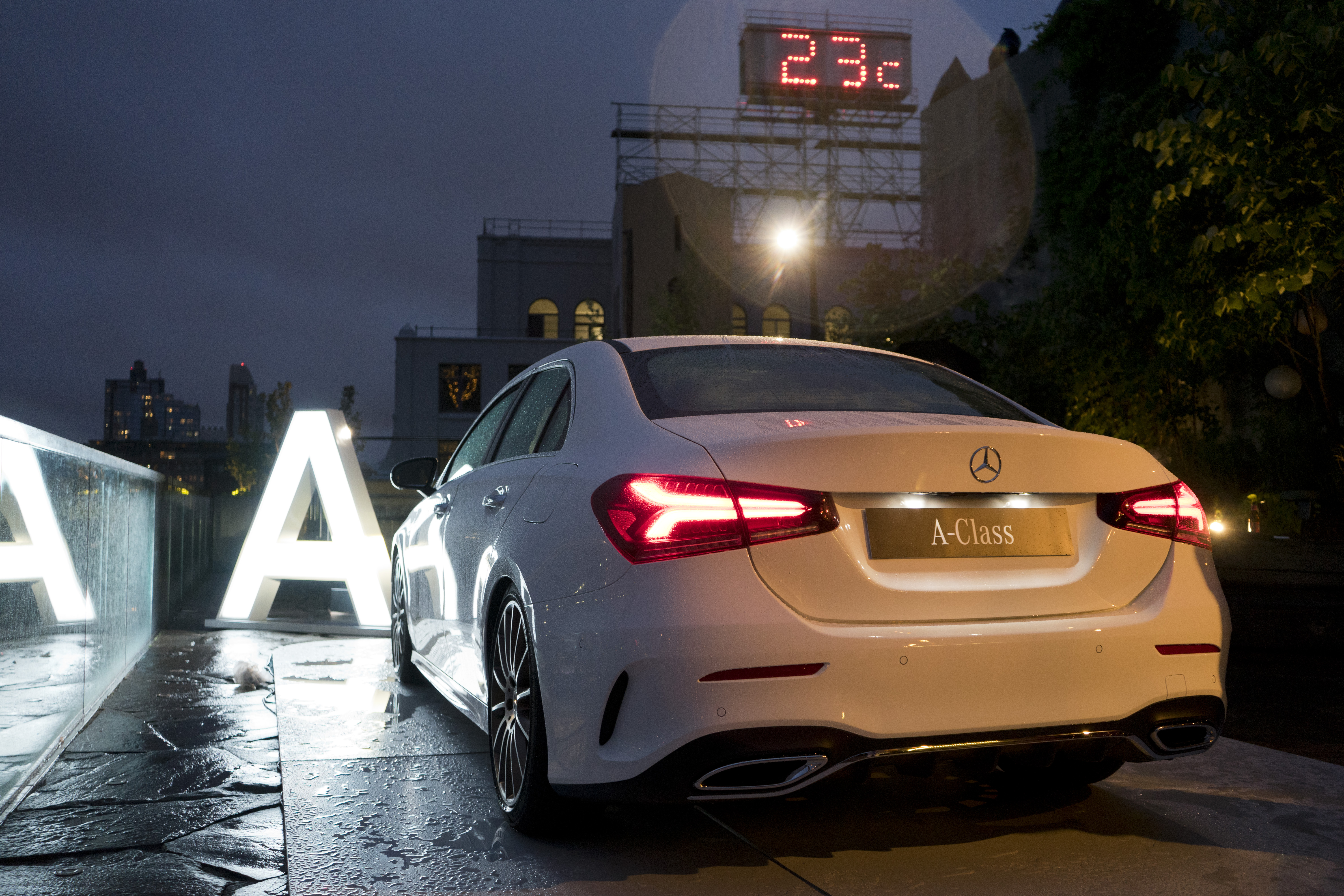 It is common practice for automakers to introduce new technologies on their flagship models, but this new A-Class has reversed that strategy with the revolutionary new MBUX (Mercedes-Benz User Experience) infotainment system that will be standard equipment on every new A-Class.

Think of this system as Siri or Alexa on wheels with natural voice recognition that’s activated by saying “Hey Mercedes”, granting access to a multitude of functions like manipulating the climate control, opening the sunroof, and changing the colours of the optional 64-colour ambient lighting system.

Because you can talk to it normally, commands like “I’m cold” or “I’m hot” will raise or lower the cabin temperature, and if you feel like noshing on the best slice of pizza in Brooklyn, merely saying take me to the best pizza place will load nearby options sorted by their Yelp ratings.

The system will also learn how you do things: remembering places you frequent or what type of music you listen to in the morning or the people you might call on a regular basis. It uses this information to create a unique user profile that helps to form a more personal and emotional connection with the vehicle.

If you have trouble finding your car in a crowded parking lot, an app-based vehicle tracking system will bring you right to it and can even alert you if someone bumps into your car. Perfect for big cities where parking by feel is common practice. The system will also be able to update itself, adding new features and content as they become available.

Augmented reality navigation superimposes driving directions on the road by using the images gathered from the front camera.

All this tech is displayed on two 7-inch screens or, optionally, two 10.25 inch screens both using gorgeous 3D graphics that are rendered in real time just like it’s done in a video game. 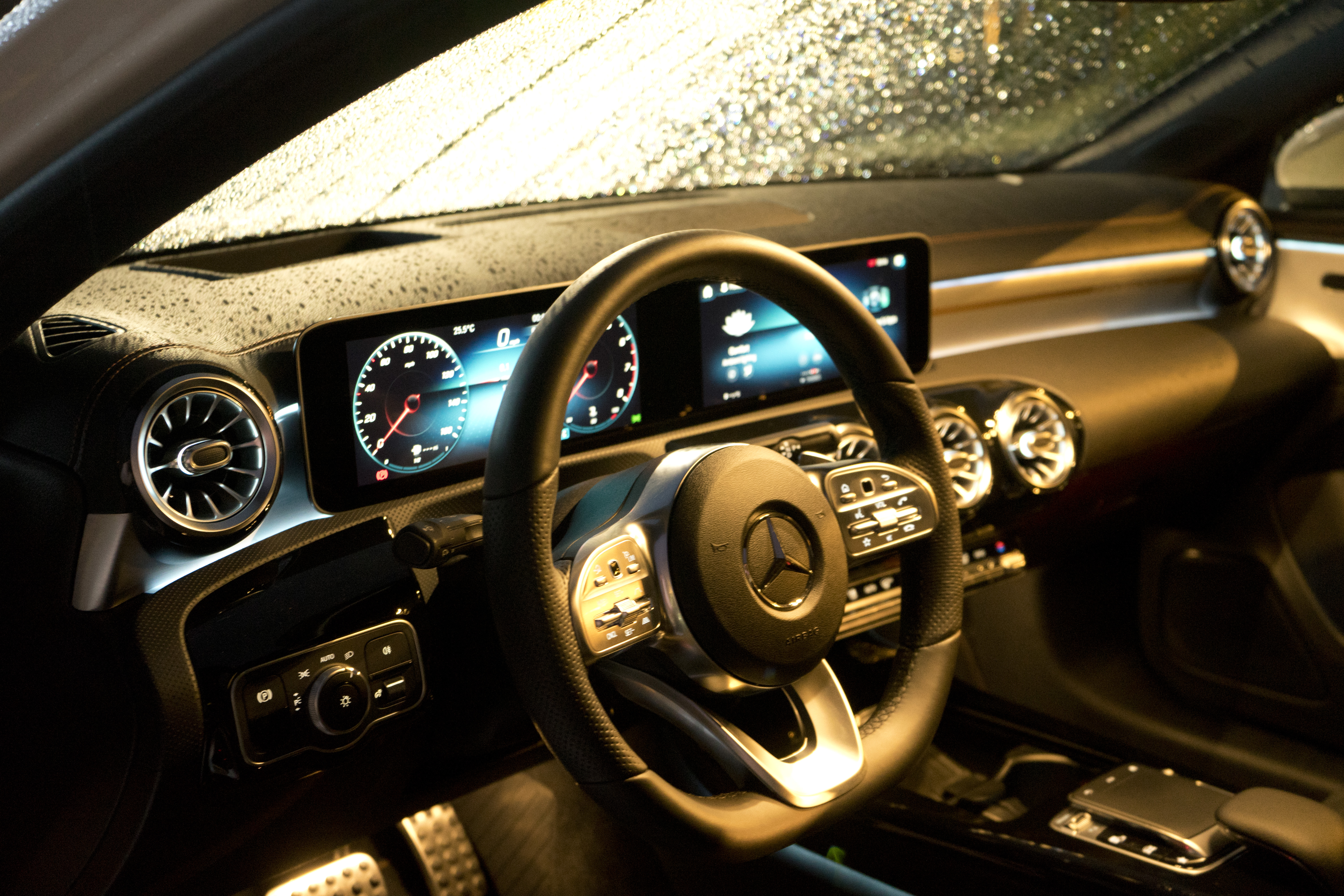 A panoramic sunroof and LED headlamps will also come standard along with an upscale interior that includes that fully digital dash which does not have a traditional cowl, jet turbine air vents, and a toggle switch panel similar to the range-topping S-Class.

Prices are expected to start around $35,000 for the A 220. And being a Mercedes there is no shortage of safety equipment including Active Brake Assist that can automatically apply braking to help mitigate rear-end collisions if someone cuts you off, and can even prevent colliding with pedestrians and cyclists that might happen to wander in front of the car.

The pricing, technology, standard equipment and the status associated with the brand should bring in an influx of young new customers and will likely make this the most important new model to come from the brand with the three-pointed star.

Both the 2019 A-Class sedan and hatchback are expected to arrive at dealers by the end of the year. 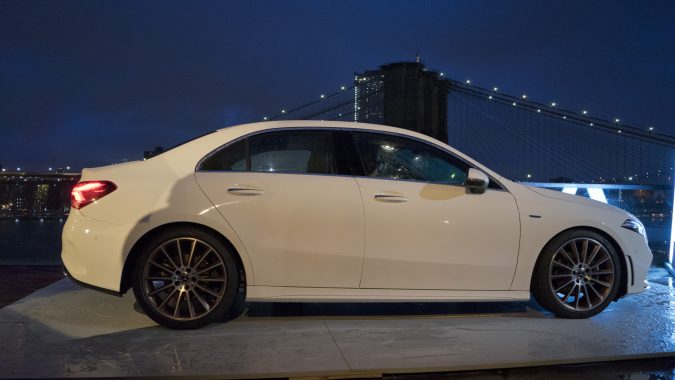 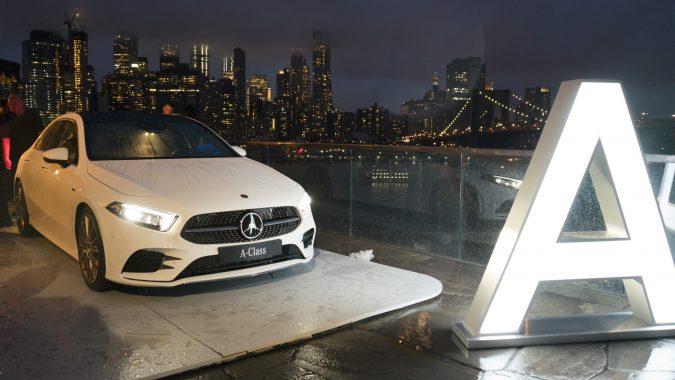 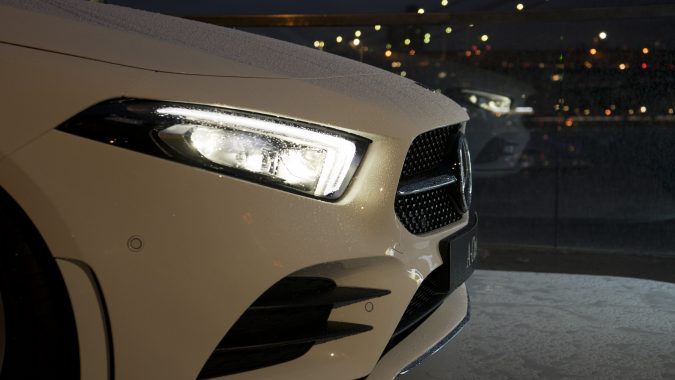 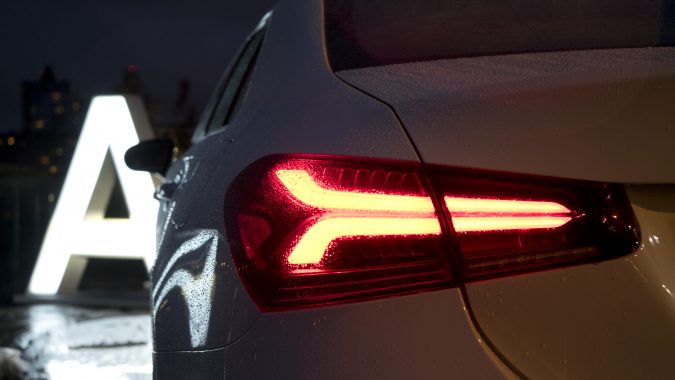 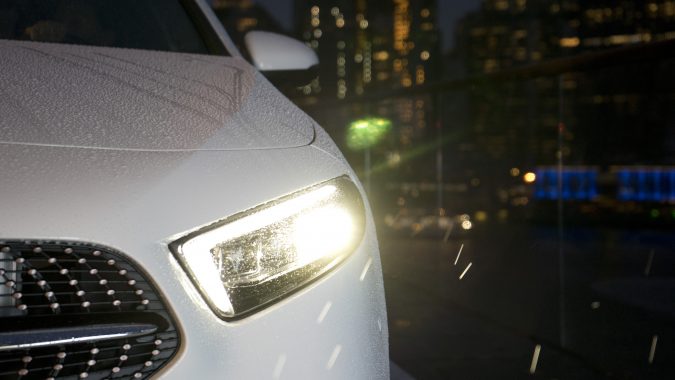 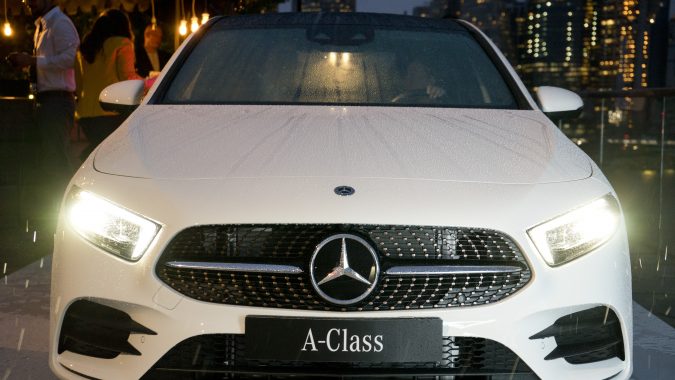 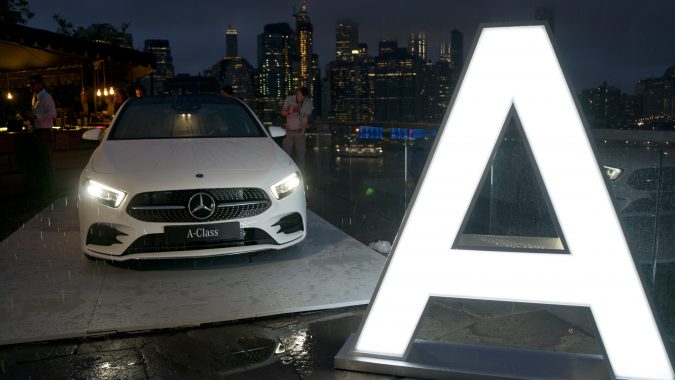 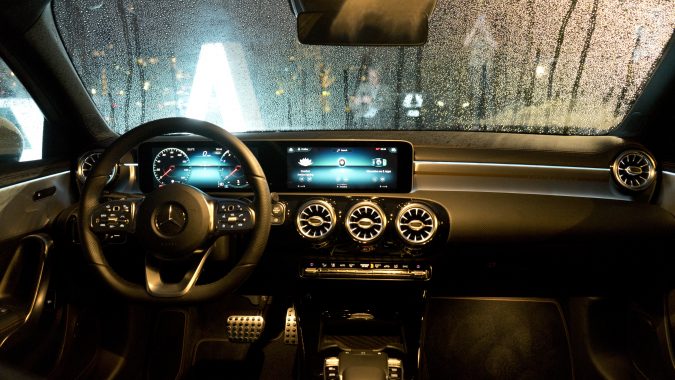