Post-Humboldt crash, we should start changing intersections to roundabouts

Join the Conversation (0)
The truck driver in the Humboldt truck-bus collision, which took 16 lives, injured many more and altered all those families’ histories for the rest of time, has been charged with a massive list of offences.

It happened just over three months ago.

We wore green and yellow ribbons.

We put hockey sticks up on our front lawns as a sign of respect.

But eventually, the ribbons fall off our jackets or shirts — I went through about four of them.

The hockey sticks are put away — although mine is still there.

We all get back to our own lives.

People in the Toronto area were further distracted by our own local tragedy, although that was qualitatively different. That was not a “traffic crash” per se; that was deliberate mass murder, with the suspect allegedly using a van as his murder weapon.

There is only so much we as a society can do to prevent something like the Toronto case, as communities around the world know all too well. Sometimes the weapon is a high-powered rifle (Las Vegas and others); sometimes it’s a bomb (Boston); sometimes it’s a van.

But for the families involved, in all of these cases, it never goes away, as I know from all-too-personal experience, about which, more anon.

The second-worst thing about the Humboldt crash, second only to the fact that it happened, is that the whole thing should never have happened at all.

Despite the recent charges, never mind who was “at fault.”

We will never know what the bus driver saw, as he was one of the victims.

It is now up to the courts to decide if the truck driver was at fault. Regardless of the outcome of the charges against him, he will still carry that moment with him for the rest of his life.

Intersections are the cause of a huge percentage of traffic crashes. No, not merely the “location” of the crashes — they are the cause. They are responsible for hundreds if not thousands of deaths every year.

So why do we still have them?

We are slowly eliminating uncontrolled level crossings for railway trains. Yes, there are still railway crashes, but they are getting rarer all the time.

And we kill a whole lot fewer people in car-train collisions than we do in car-to-car crashes.

Likewise for the other fatal collision that occurred at this self-same intersection a few years ago.

A T-bone crash such as this one is the second-hardest type of crash to survive; head-on is the worst. I don’t have up-to-date statistics on this, but I bet T-bones are the worst from a number-of-fatalities perspective because there are so many more of them.

And you simply cannot have a T-bone crash at a roundabout. 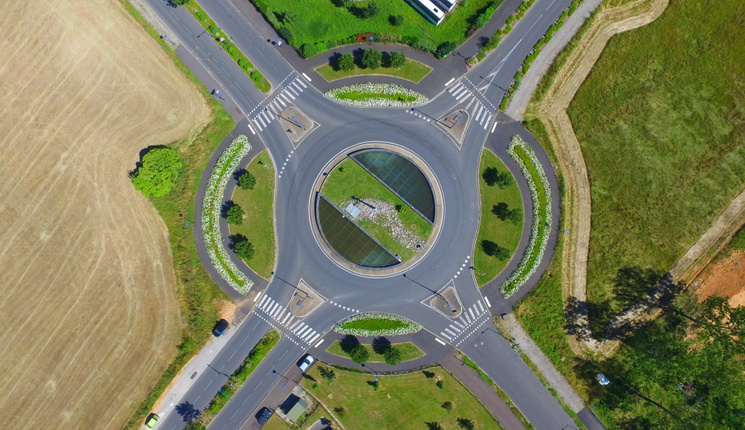 There has been some progress on the roundabout front in some communities. Ann Arbor, Mich.; Nashville, Tenn.; and Phoenix — three more diametrically different facets of the American urban spectrum you would be hard-pressed to find — have lots of them.

Closer to home, there are a few in my home town of Milton, a few in Toronto, and Waterloo region to the west of the GTA has them everywhere.

Speaking with a Waterloo traffic engineer some years ago — neither my records nor my memory are good enough to recall his name — he said that on average, they experience 70 per cent fewer collisions at roundabouts than at conventional intersections.

What? 70 per cent? Again, why isn’t every intersection in this country a roundabout? At least, every new or rebuilt one?

Are they too expensive? Tell that to the survivors and the victims’ families of the Humboldt crash.

How much is a human life worth?

How much are 16 human lives worth?

True, Saskatchewan has proper medical coverage — can you imagine if this had happened in the U.S.? Which it does, albeit on a lesser scale, every day?

But surely with the tens of millions of dollars that has been donated in the victims’ memory, there will be millions left over.

My dad was a lawyer. He always said that no one should ever benefit financially from the death of their child.

Sure, insurance to pay off expenses. But to profit from the death of your child? Untenable.

And he would have known all about that, given that it was his daughter — the sister I never knew — who was run over in front of our house before I was even born.

And yet, the lawsuits have already begun in Saskatchewan.

As noted, this was not the first fatal crash at this intersection, and probably will not be the last, unless something is done to fix it.

I can think of no better way to memorialize the victims than to install a roundabout at this intersection. Erect a monument in the centre to honour their lives. It will be an everlasting legacy that this sort of thing will never happen, at least at this intersection, ever again.

Then maybe we can begin to convert every intersection in this country.

It can be done.

It should be done.

It must be done.

Let’s just get on with it. 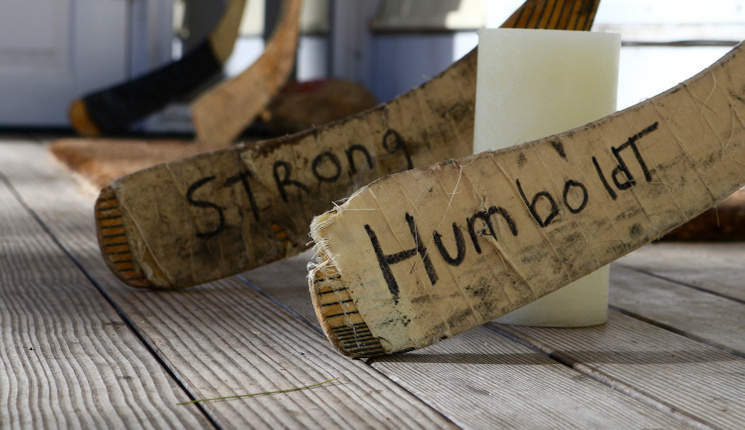