Porsche’s Most Powerful Cayenne is a Plug-in Hybrid

Electric vehicles were once touted solely as planet- and fuel-saving devices, many of which were miserable little boxes designed solely for transportation. Now, of course, various bright gearhead minds have figured out that electricity is the key to speed … lots of speed. Witness the Rimac Concept One and the Porsche 918 Spyder as prime examples.

Speaking of Porsche, the company has announced a plug-in hybrid version of its Cayenne crossover will be that model’s new flagship. The Cayenne Turbo S E-Hybrid and the Cayenne Turbo S E-Hybrid Coupé belt out an astonishing system output of 670 horsepower. This number is taken from a 4.0L V8 engine (541hp) and an electric motor (134hp) integrated into its eight-speed Tiptronic S transmission. The unique behaviour of these two powerplants means one cannot simply add the numbers of both to get a total, though they do get strangely close in this instance. 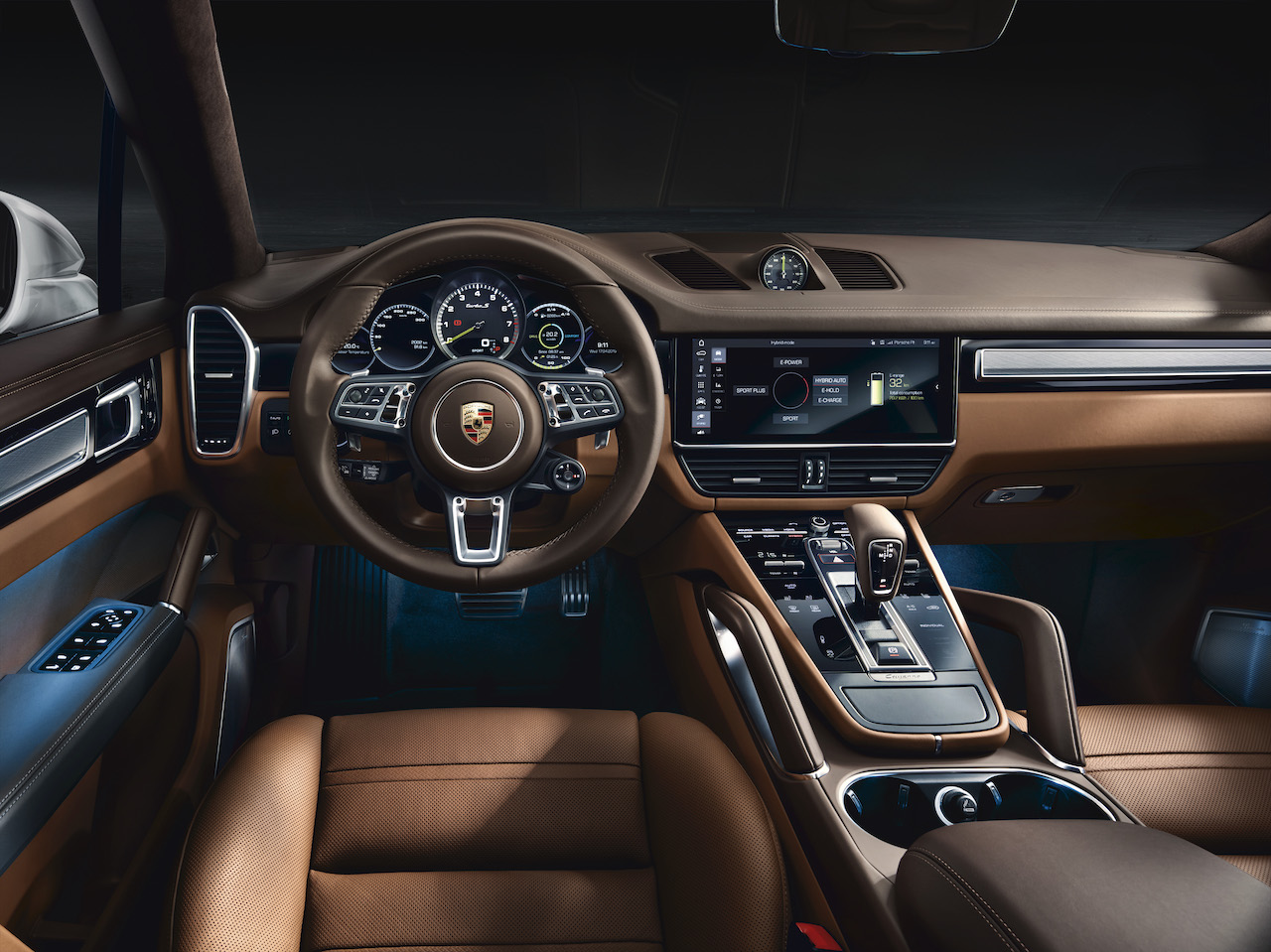 A towering wall of torque measuring 664lb.-ft comes online just off idle, another characteristic of electrified drivetrains that has started to endear them to speed freaks. Porsche claims that both the Cayenne Turbo S E-Hybrid and its Coupé variant will scamper to 100km/h from rest in just 3.8 seconds before ripping to a top speed of 295km/h. If this is the future of electric motoring, count us in.

For occasions when you don’t feel like pasting your passengers all over the back window of your Cayenne, the Turbo S E-Hybrid will allow drivers to travel for up to 40 kilometres with zero local emissions. In fact, while using the E-Power driving mode the electric motor can, on its own, propel the vehicle up to a maximum speed of 135 km/h.

The 14.1kWh lithium-ion battery is installed underneath the loadspace floor and can be fully charged in six hours from a conventional domestic socket with a rating of 230 volts and 10 amps. Owners can keep an eye on its progress via smartphone app or an Apple Watch. 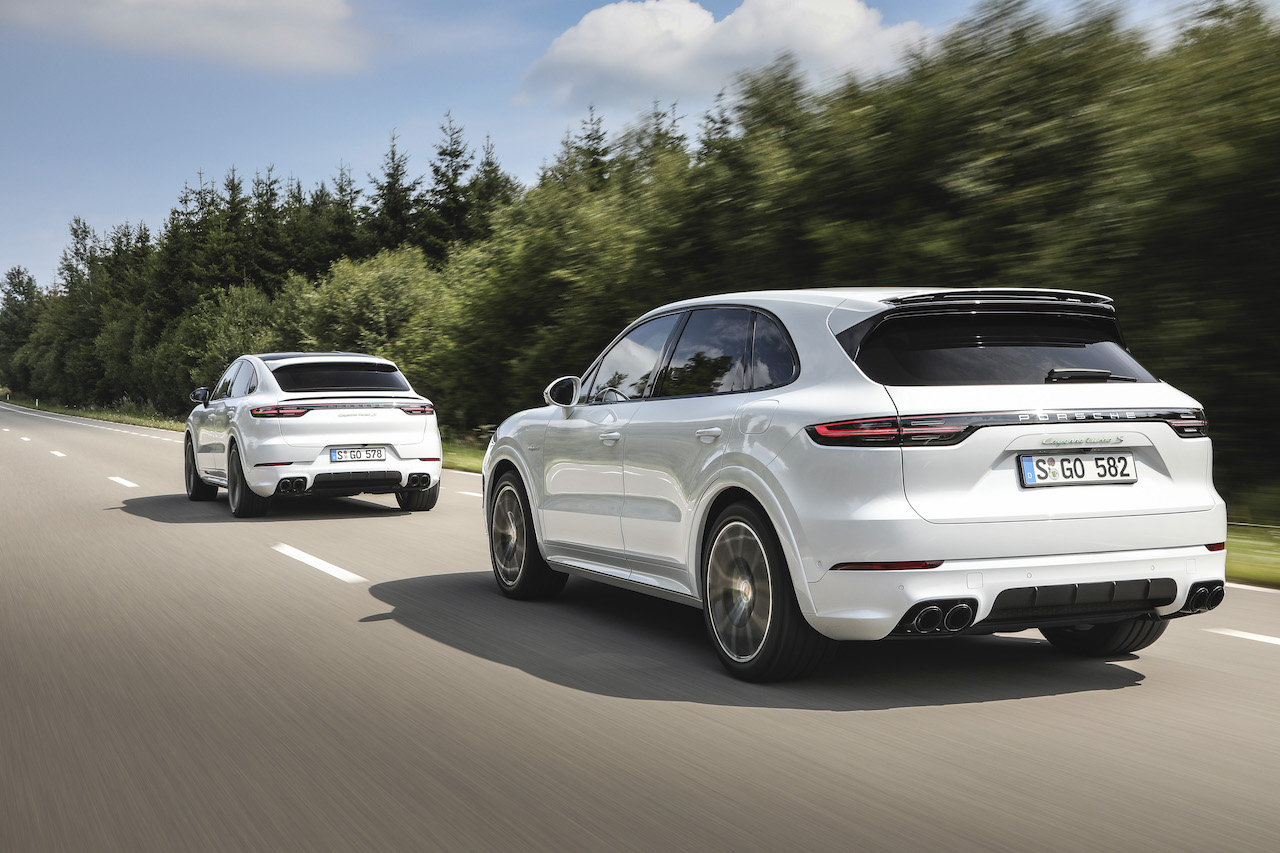 A hefty amount of standard kit appears on these hi-po hybrids, perhaps as a way to recoup some of the car’s R&D costs. Porsche Dynamic Chassis Control is onboard, as are the brand’s so-called Torque Vectoring Plus and a rear diff lock. Porsche Ceramic Composite Brake and Sport Chrono packages are also included.

If all this is too much, the Coupé variant of this hybrid will be available with a V6 gasoline mill, good for a combined 455 horsepower and a 5.1 second sprint to 100km/h. Its pure electric range will be 43 kilometres.

Look for the Cayenne Turbo S E-Hybrid and its Coupé cousin to pop up on dealer lots – and at charging stations in the tony parts of town – in the first quarter of next year. 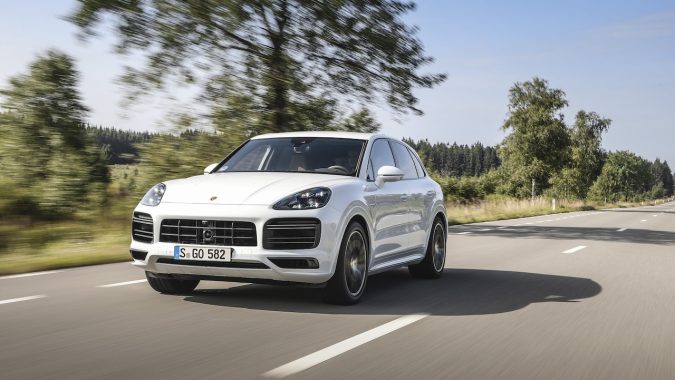 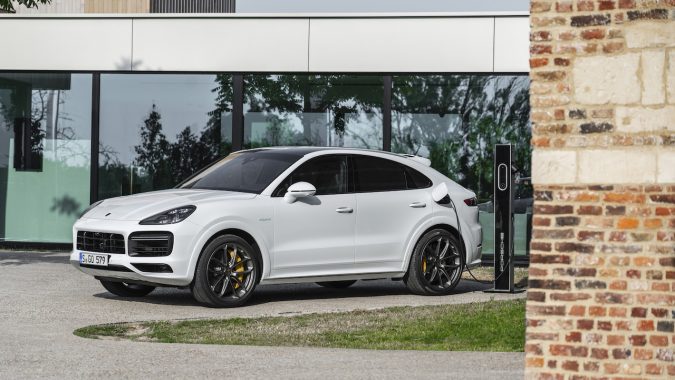 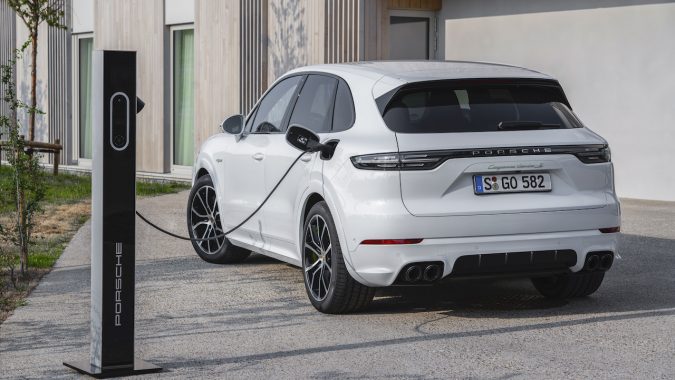 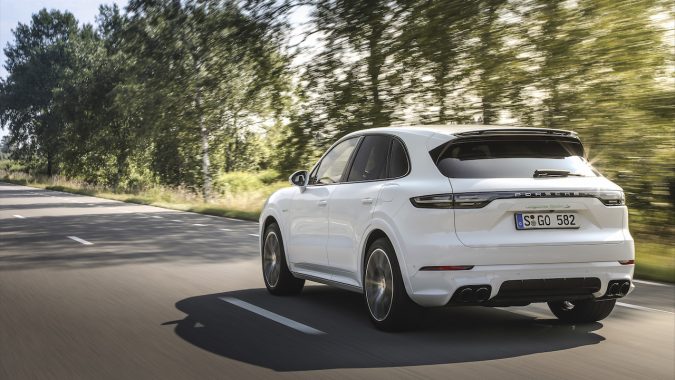 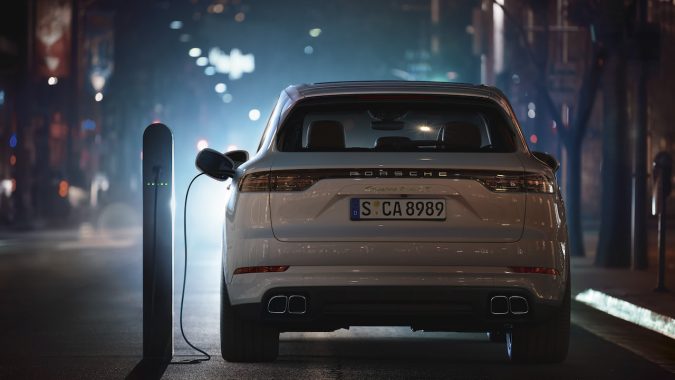