The 911 GT3 RS pushes out a phenomenal 520 hp from its 4.0-litre flat-six and with the extra weight loss it is estimated that it will do 0-100 km/h in under three seconds.

NEW YORK, NY: Porsche managed to get peoples’ blood pumping with the introduction of the most powerful and fastest 911 GT3 RS ever at the recent Geneva Auto Show.

Now just a few weeks later at the New York International Auto Show they managed to up the ante yet again with the much lighter 911GT3 RS Weissach package.

Thanks to magnesium wheels and copious carbon-fibre replacement parts the engineers at Porsche have managed to shed a further 17 kg from the already light bodywork bringing it down to just 1,430 kg.

The 911 GT3 RS pushes out a phenomenal 520 hp from its 4.0-litre flat-six and with the extra weight loss it is estimated that it will do 0-100 km/h in under three seconds.

The Weissach package is easily distinguished from the regular GT3 RS by the bold carbon-fibre hood, roof and trunk lid. The large carbon-fibre wing also has the Porsche logo embossed across the full width. 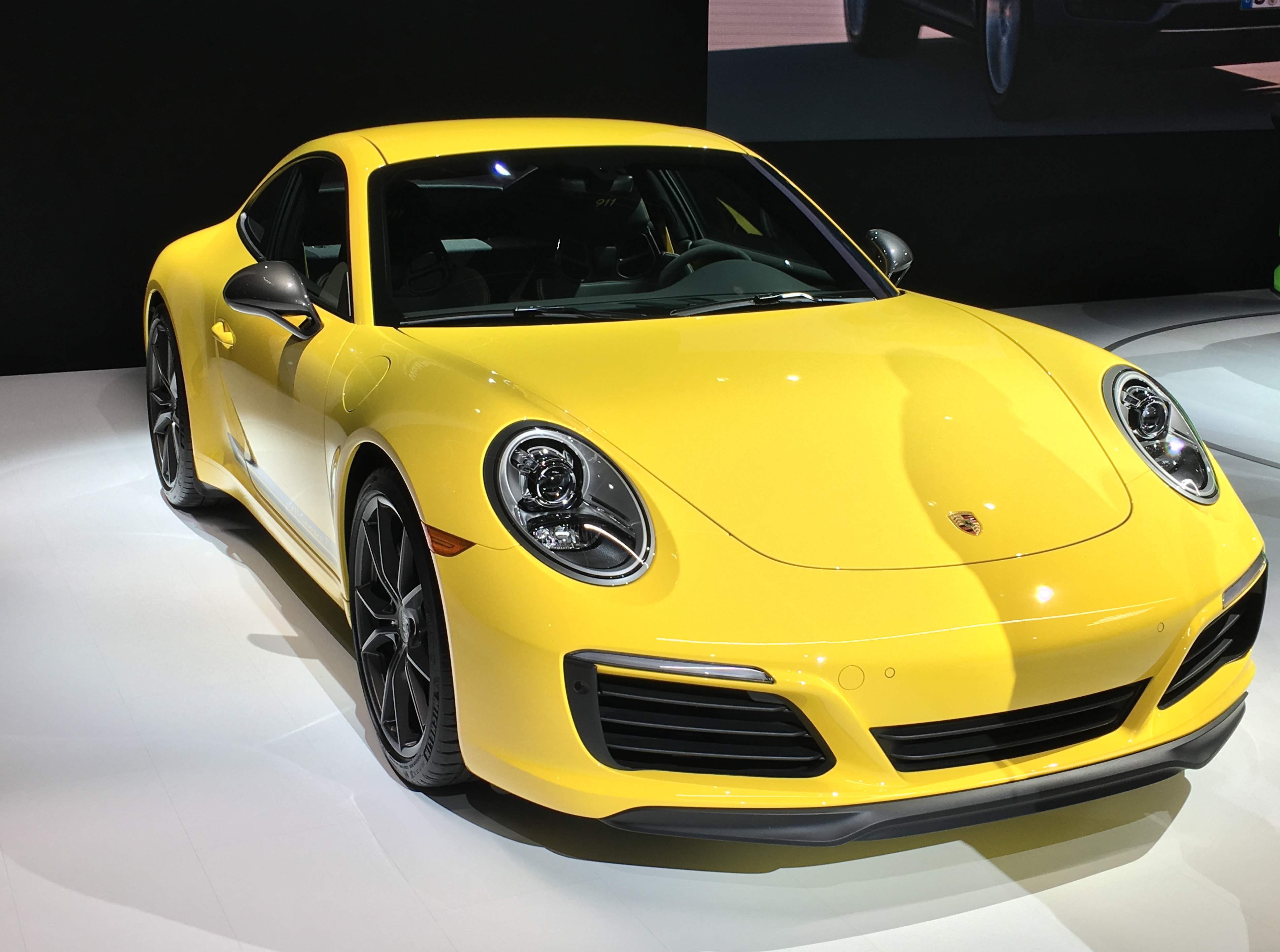 Porsche are calling the Carrera T a thoroughbred 911 that is made for drivers and not the garage collection.

The six-cylinder twin turbo horizontally opposed engine is matched to a seven-speed manual gearbox and produces 370 hp and 331 lb/ft of torque.

A PDK transmission is also available that will bring the cost up by a further $4,250.

Soundproofing has been kept to a minimum by using lightweight glass on the rear screen and side windows. The rear seats can be removed completely and carbon-fibre bucket seats are offered as an option for the first time in a Carrera model.

More performance can be extracted from the Carrera T by means of different driving modes controlled by a mode switch.