Join the Conversation (0)
Any interviewer who’s tried to press a German auto executive knows they don’t easily give up their secrets. So it was a pleasant surprise to have them willingly share a few with us.

Traditionally, concept cars are automaker’s way of testing the waters, pushing the boundaries of design and engineering possibilities and revealing the direction future models might follow. While some of these concepts find their way to the international show stage, most are hidden away in dusty vaults beneath the manufacturer’s headquarters.

But recently Porsche compiled a carefully curated selection of some of their most significant concept vehicles, and released them in “Porsche Unseen”, a 328-page book of photos and design studies. The fifteen vehicles featured in the book will also be on display to the public for the first time once the Stuttgart Porsche museum, temporarily closed due to COVID restrictions, opens at the end of January.

We were invited to attend a sneak preview of three of these one-off concepts, unveiled for the first time in a virtual reveal presided over by Michael Mauer, Porsche’s Head of Design.

“When you compare projects like production cars, where we really have, based on our design criteria, certain things that we don’t touch – when you talk about these concepts for the future we basically have no restrictions” said Mauer. “By having this freedom, we collect experience which might have an influence on current products. But it is to find this balance, to build up this tension between the history that the design language is based on, and the challenge to further develop it”.

Sweeping the cloth away from the first display, he unveils the Porsche 919 Street, a sleek, low-slung rocket ship of a concept, clearly influenced by Porsche’s prototype LMP1 LeMans racecar. 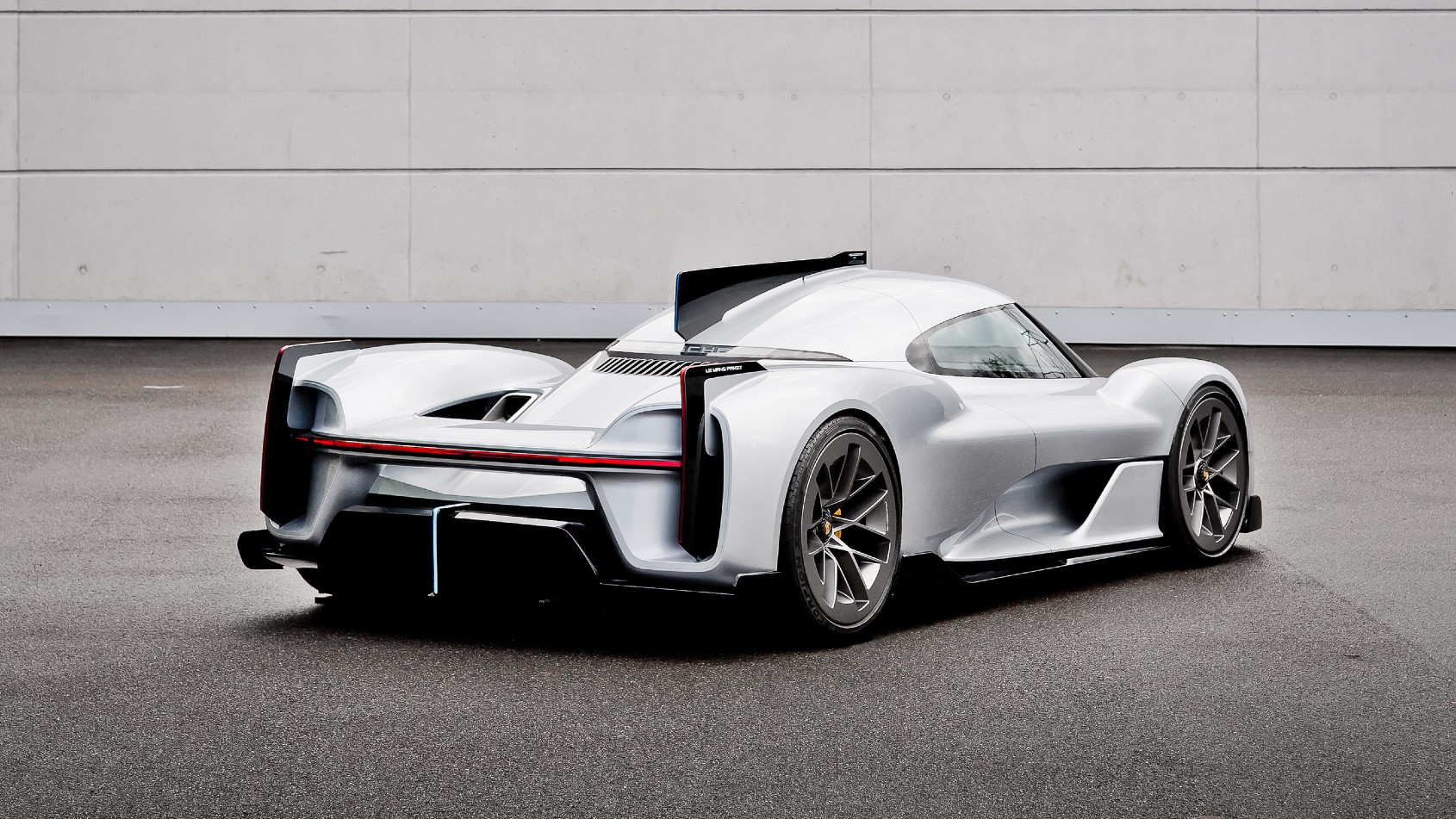 The concept features the same cab-forward carbon-fibre monocoque as the record-breaking LeMans car, with enormous fenders, a bubble-shaped cockpit with rooftop fin, and gigantic side air scoops. The rear end, modified to comply with road regulations, features a full width LED brake light. Under the curvaceous carbon-fibre was to have been the same 900 hp hybrid powertrain as the LeMans racer.

Although the 919 Street sadly remains a clay model that never made it to production stage, because as Mauer said, “this racing technology is so complicated and highly complex that it would have been too hard to give it into customer hands” the models are always intended as a “starting point for discussion within the company.” The research learned from studies like the 919 Street helped bring the all-electric Taycan to fruition. “We were much faster when the decision was made to go into the electrical world, because years before we had already found an architecture that is applicable to this new generation”.

The next concept to be revealed is the Porsche Vision Spyder, a two-seater sports car that pays homage to Porsche’s lightweight 1954 550 Spyder. The 550 helped establish Porsche’s performance legacy on the racetrack, but the most infamous example was probably “The Little Bastard” – the car in which actor James Dean met his unfortunate demise. 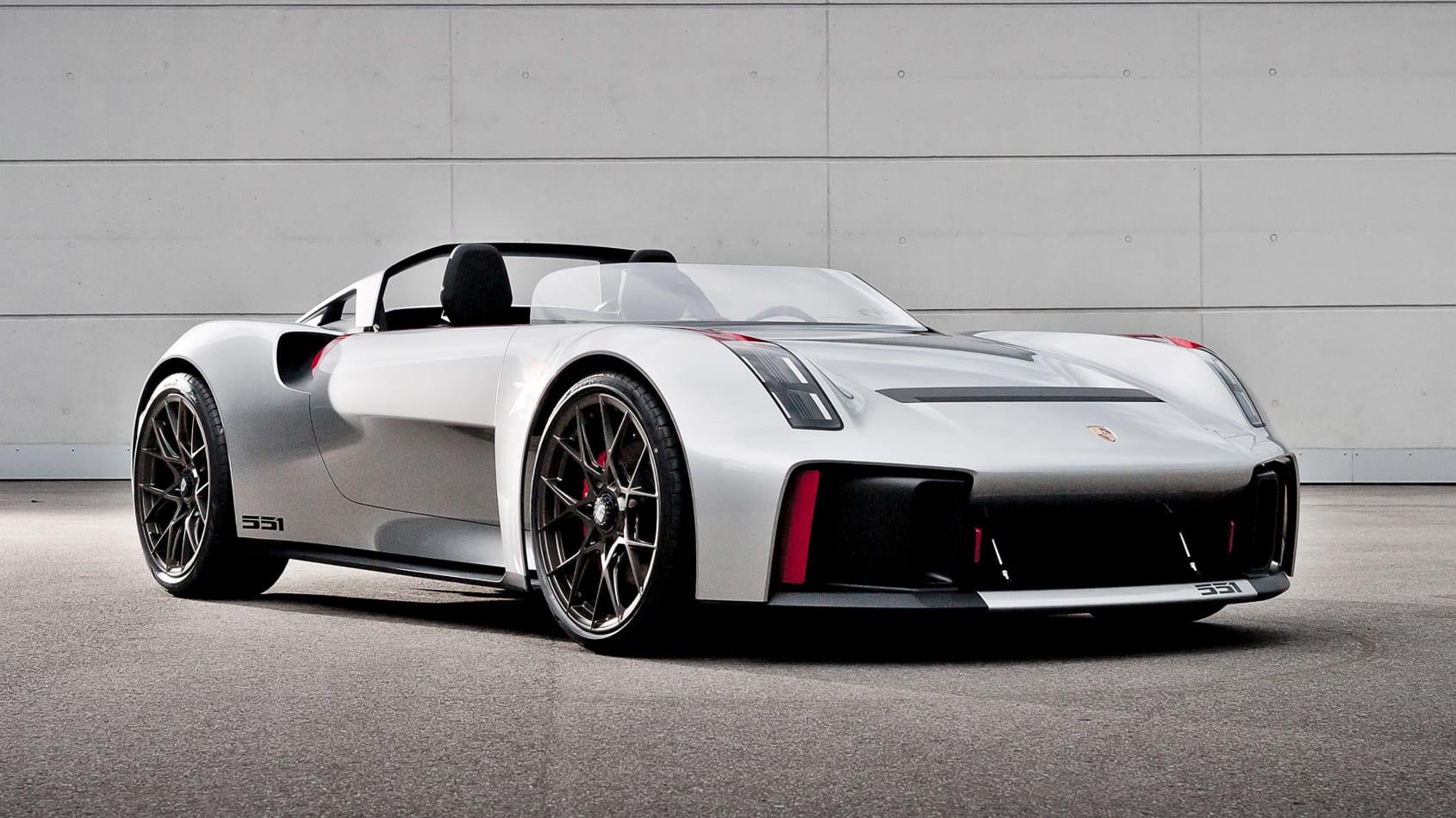 “It’s not just the surface treatment, the shape of the car,” said Mauer. “We always want to influence the fantasy of customers who look at the car. James Dean and the 550, this is really an experience, and as a designer you have to look back at that car and you want to bring that feeling … even though none of the designers who worked on this car was even born in that time.”

Mauer pointed out a few key areas of the Vision that have been influenced by the original 550: “first, it’s a very small, compact car which is a challenge with today’s technology”. While the modern elements such as the vertical headlamps, full-width familial Porsche rear taillight, and gaping air ducts are clearly pulled from Porsche’s design language, the low, frameless windshield and its overall compact minimalism harken back to its iconic predecessor. The connection is further underscored by the “551” badging, and “131” race decals, and hammered home by the “Little Bastard” license plate.

The final vehicle unveiled was a funky, and futuristic concept designed as a “family-friendly space” for up to six people. The Renndienst, which translates to “Race Service” in German was inspired by the early Volkswagen T1 minibus. A full-size, one-off design study, the concept explores the possibility of Porsche’s first foray into the electrified minivan segment. It’s an intriguing, if somewhat unsettling design for a Porsche purist, which maximizes interior space by locating all the electric powertrain components beneath the vehicle. The six-seater van places the driver front and centre, McLaren F1 style. 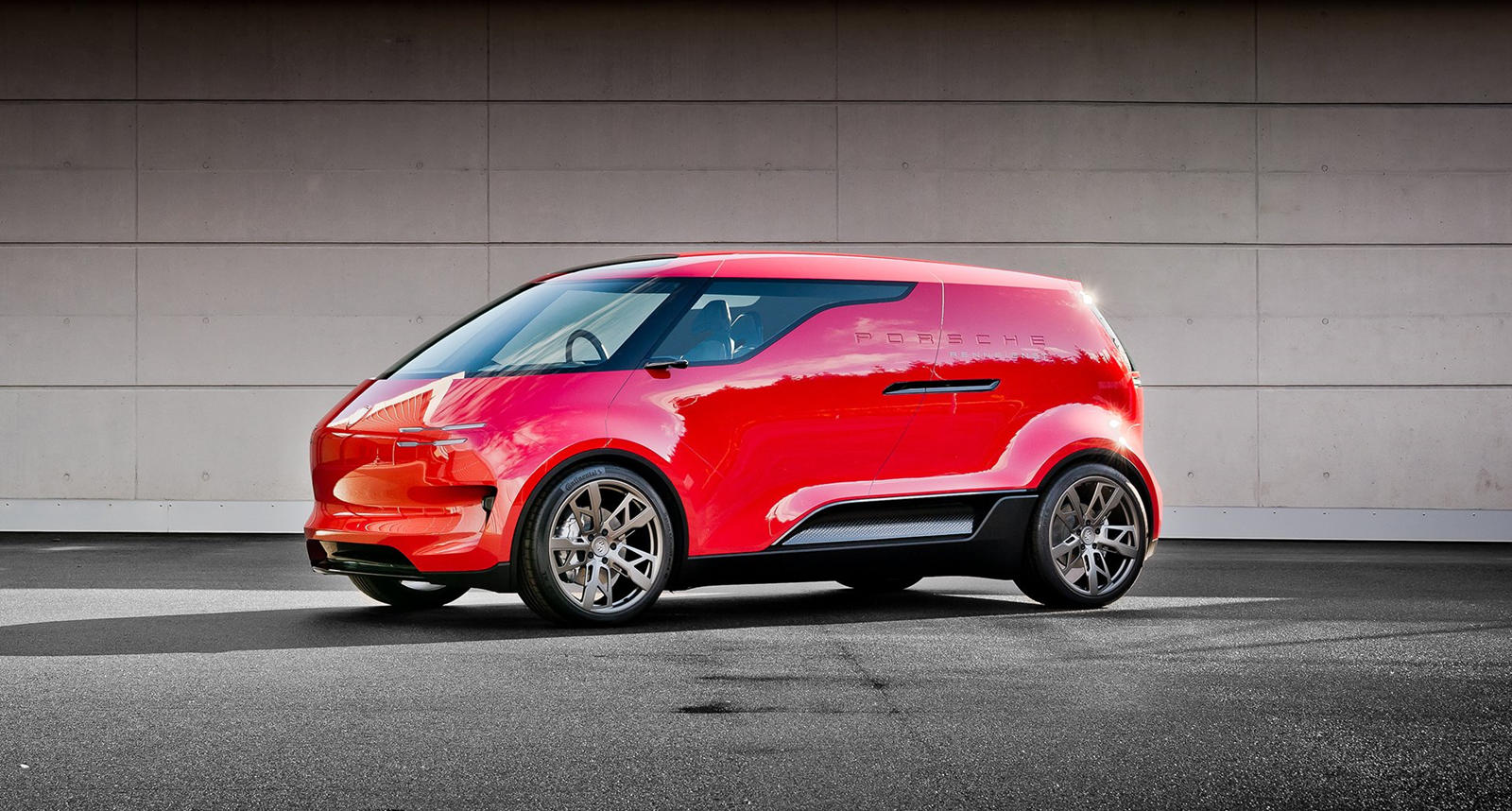 “When it comes to the visions we develop, it is not about bringing every car onto the road, said Mauer. Instead, it is more a question of establishing creative space and a relationship with the future”. While we may never see the Renndienst’s design language roll off the production line verbatim, it was important for Mauer and his team to explore the idea without restrictions. Their futuristic “space shuttle” questions their current styles and traditions, and may someday influence vehicles to come.