As part of celebrations marking the “70 years of Porsche Sports Cars”, the brand has produced the 500 hp 911 Speedster Concept.

Porsche has unveiled a head-turning concept as part of the 70th anniversary of its sports cars.

The 911 Speedster Concept is a drivable vision of a particularly exciting open-top sports car.

It links the very first Porsche 356 “No. 1” Roadster, which received its operating permit on June 8, 1948, with today’s Porsche cars.

The purist concept and historically accurate execution of the 911 Speedster Concept clearly reflect the essence of the Stuttgart-based sports car manufacturer.

All elements of the car emphasize a pure driving experience. The powertrain under the two-tone painted body of the concept is derived from current GT models.

It was developed at the Porsche Motorsport Center in Weissach, which is the birthplace of the 911 GT3, the 911 GT2 RS and, most recently, the 911 GT3 RS. 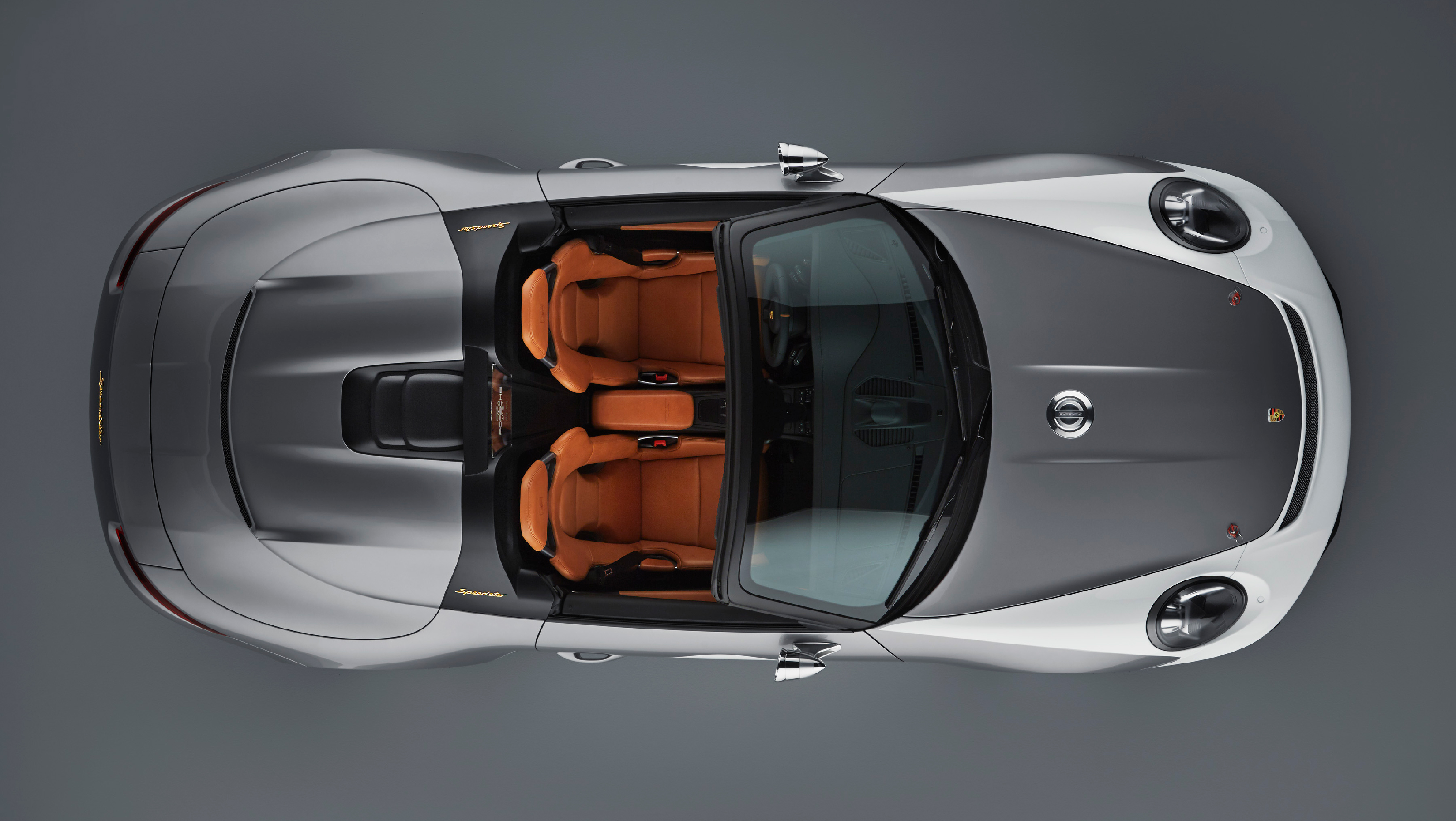 The 911 Speedster Concept celebrated its world premiere as part of the official “70 years of Porsche Sports Cars” anniversary celebration.

The characteristics of the 911 Speedster Concept include a shorter windshield frame with a greater windscreen angle and shorter side windows.

These features give the concept an even more pronounced stance with a very low fly line, which is reminiscent of its predecessors, for example the Porsche 356 Speedster.

A special rear decklid made of carbon fibre connects behind the front seats, covering supplemental safety bars and featuring two “streamliners”, a traditional element of this sports car design since the first 911 Speedster was introduced in 1988.

Two contrasting black slats between the “streamliners” add an aerodynamic touch, and a transparent Plexiglas™ wind deflector features an etched ‘70 years of Porsche’ logo.
The body of the concept car was adopted from the 911 Carrera 4 Cabriolet.

The fenders, front trunk lid and the rear decklid cover of the concept are made of lightweight carbon fibre reinforced polymer composite material.

The chassis is essentially derived from the 911 GT3. Imposing 21-inch Fuchs-design rims with contrasting high gloss polished petals details are unique to the 911 Speedster Concept. It is the first time that Fuchs-design wheels have been fitted with center locks.

The GT development department also supplies the exhaust system with titanium tailpipes and the powertrain, which includes a six-speed manual transmission.

The naturally aspirated flat-six engine in this minimalist concept study delivers over 500 hp and revs up to 9,000 rpm. 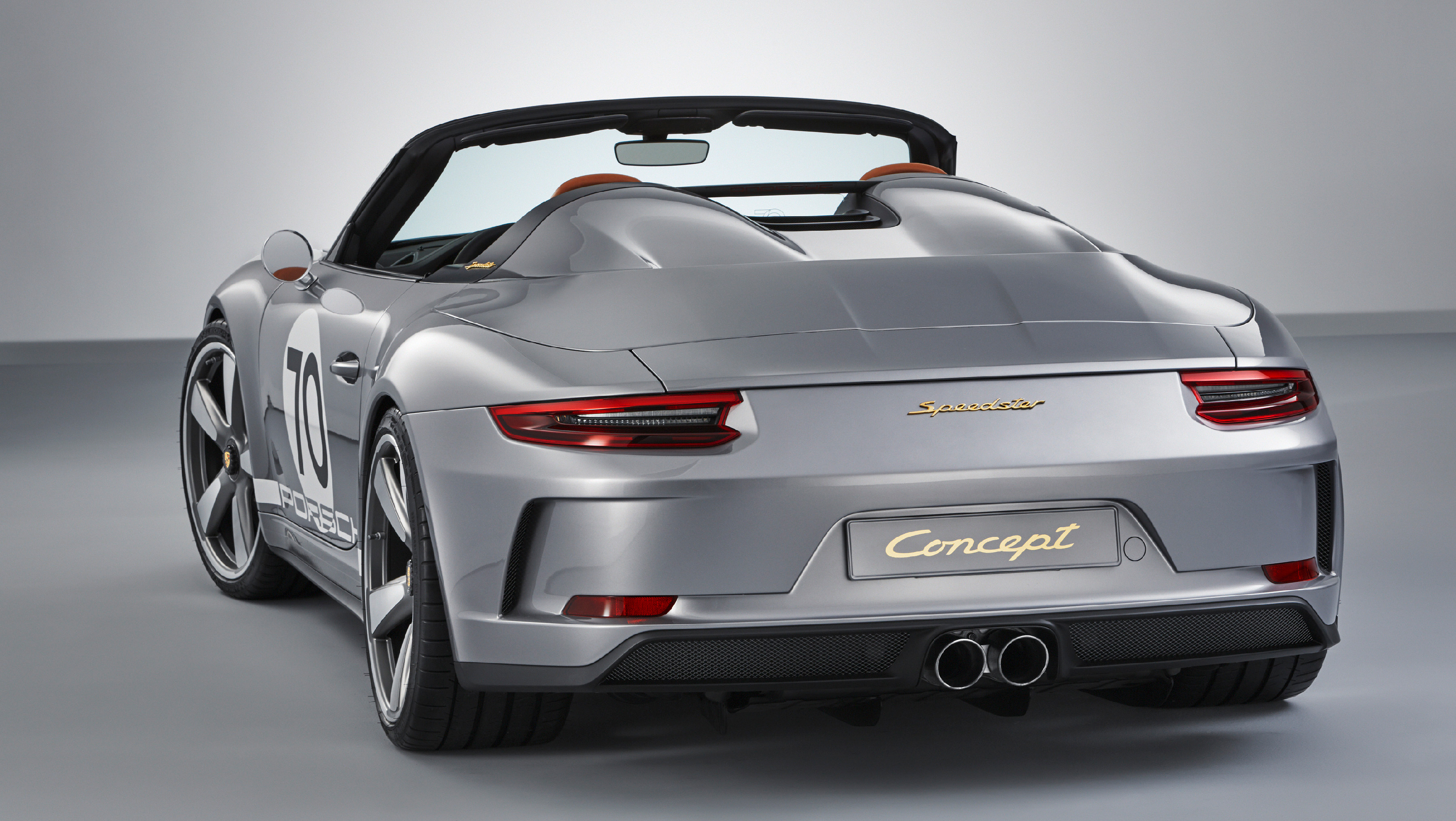 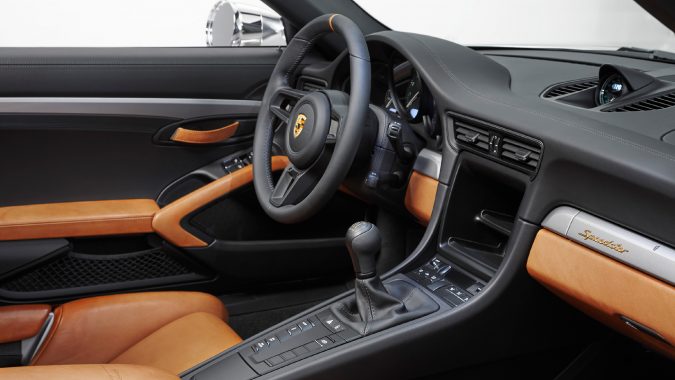 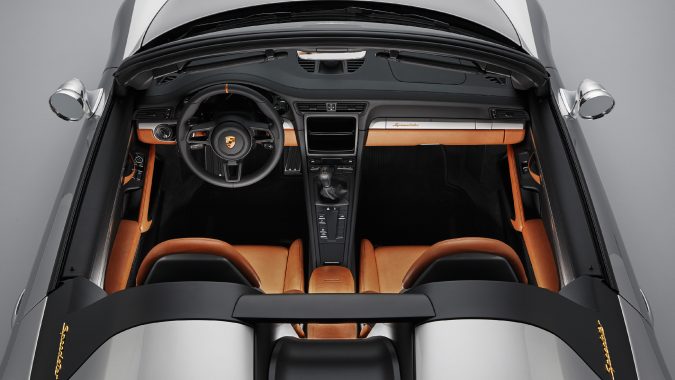 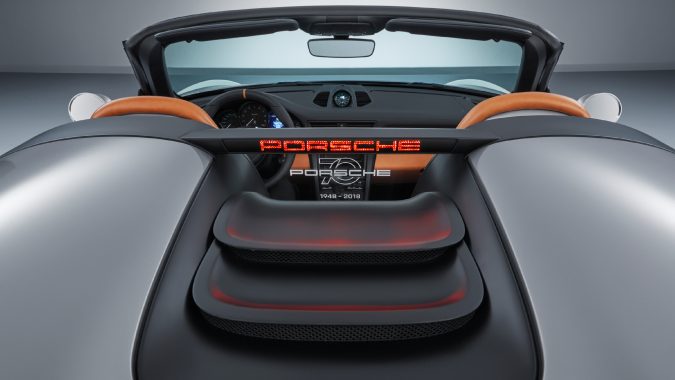