Porsche has announced, that during 24 hours testing, a pre-production Taycan covered a distance of exactly 2,128.1 miles as part of a test at the Nardo high-speed track in Italy.

That is nearly the distance from the Porsche headquarters in Atlanta, Georgia to the Porsche Experience Center in Los Angeles, California.

With peak temperatures of 107 degrees Fahrenheit and a track temperature of up to 129 degrees, the average speed was kept between 121 and 133 mph, and the Taycan proved its long-distance qualities before its launch.

The test was carried out without interruptions, as the prototype only stopped for quick charging and driver changes among six factory test drivers.

The Taycan is the first fully electric production vehicle with a system voltage of 800 volts. This technology helped the 919 Hybrid win the 24 Hours of Le Mans three times in a row and is now making the leap into series production.

The 800-volt technology enables consistently high performance, reduces the charging time and decreases the weight and the packaging space of the cabling.

During the endurance test drive at the Nardo Technical Center, 800-volt charging stations by Porsche Engineering Group GmbH were used. The Taycan’s sophisticated thermal management also proved itself in Nardo.

Thermal management revolves around a highly efficient, intelligent system for cooling and heating the high-voltage components.

This prevents potential power losses due to excessive heat generation and ensures the optimum temperature for the most efficient charging process has been reached when the vehicle arrives at a charging station.

At the end of July, a prototype vehicle accelerated down an airfield from a complete stop to 124 mph no less than 26 successive times.

Impressively, the average acceleration figure from the timed runs was under 10 seconds, with a 0.8-second difference between the fastest and slowest acceleration runs. 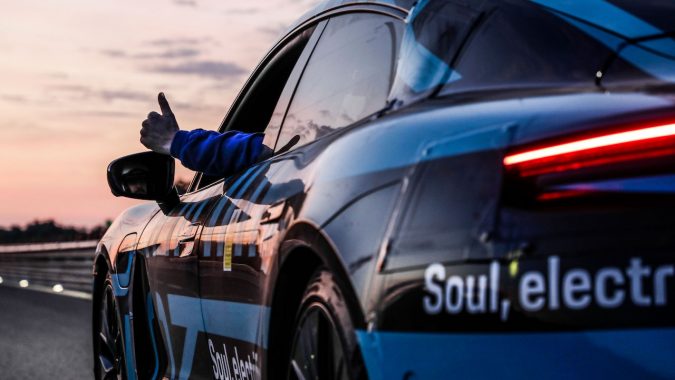 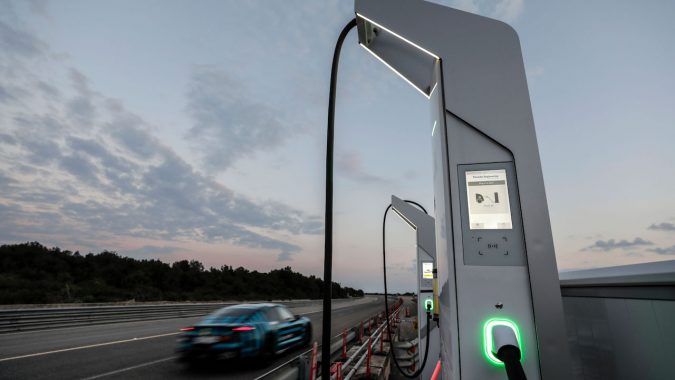 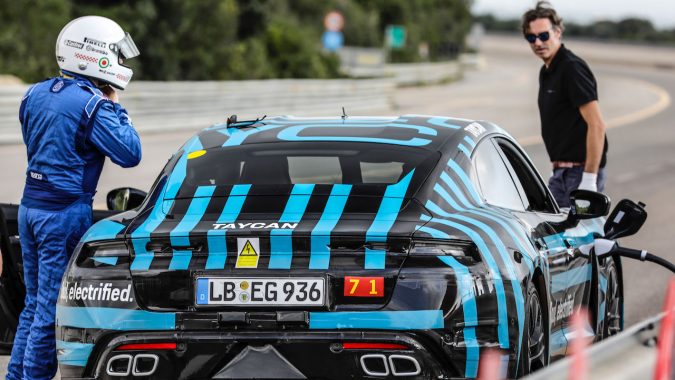 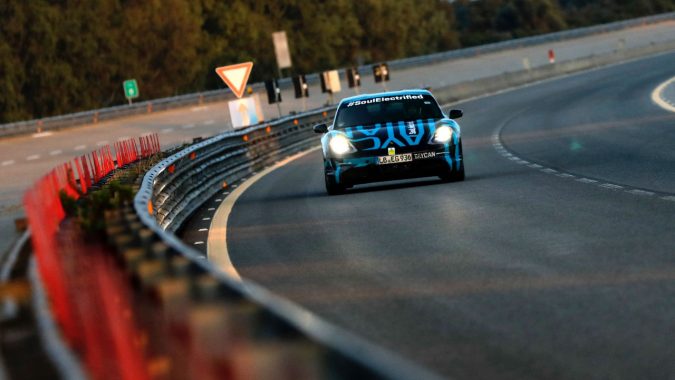