Porsche Shows that Electric Racing is Real and Relevant

Join the Conversation (0)
Racing has been an essential part of what makes Porsche Porsche for most of the company's history. The sport helps make the company's road cars faster thanks to lessons learned from the incredible stresses experienced in hours of competition. That's why it should come as no surprise that Porsche is building electric race cars and that some of that race car tech has already hit the streets.

The company's two latest electric race cars are the 99X Gen3 and the GT4 e-Performance. We got to check them out as part of the automaker's presentation on the new Taycan and upcoming Macan EV.

The first car that company founder Ferdinand Porsche ever worked on was electric. His first engineering project was an electric motor, and yes, he raced it in 1897.

Like the rest of the industry, Porsche moved away from electrics in the early 20th century. The company that bears his name wouldn't pursue electrification until much more recently. Around 2010, Porsche started chasing electrons in a hurry.

That year it launched the Cayenne S Hybrid. An SUV with a 3.0L V6 and electric motor delivering 370 hp and much lower emissions than the company's gas-only models. It also revealed the 911 GT3 R hybrid with a flywheel energy recovery system that powered two electric drive motors in a 911 racing car. The 918 Spyder and its PHEV driveline were announced the same year.


Flash forward to today and the third-generation Porsche Formula E car. Though the battery and some other components of the car are shared by all teams, Porsche developed its own drive motor and its own front axle powertrain. 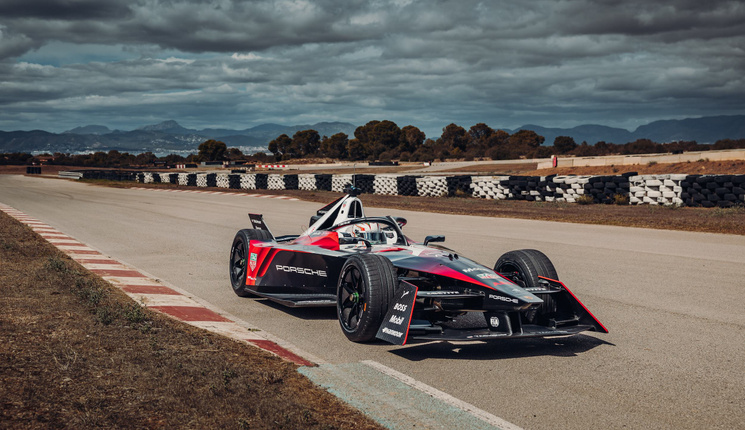 The 99X isn't an all-wheel drive racer, all of its 476 hp is applied to the rear wheels. But what the new rules allow for is regenerative braking on the front axle. The car can now recover 600 kW of energy when braking without using friction brakes at all.

It looks hilarious. Tiny brake rotors and calipers on a race car, but there is serious engineering at play. Recapturing the most electricity possible gives you more battery for the acceleration parts of the race. Without this optimized regenerative braking, it's likely the cars couldn't finish the race. They certainly couldn't win.

The lessons learned here are very much applicable to electric road cars. In a racer, predictability and repeatability of the controls are crucial. The driver must be able to rely completely on the brake pedal to respond the same way every time.

In the EV, this is achieved using software and faster-acting controllers. The development of this software helps Porsche give the everyday driver that same repeatable brake pedal and confidence, something that can be lacking in other EVs.

Likewise, under acceleration, consistent power delivery and quick response are key. We're told that a simple situation like bumpy pavement on corner exit can send power output levels through the roof (because the wheel is suddenly not under load). In a street car, that sudden power delivery is jolting and uncomfortable and can lead to broken parts. In Formula E, it can mean a significant penalty from the officials. Learning here helps Porsche develop even faster-acting traction control systems and power control software that can react long before a driver ever could. 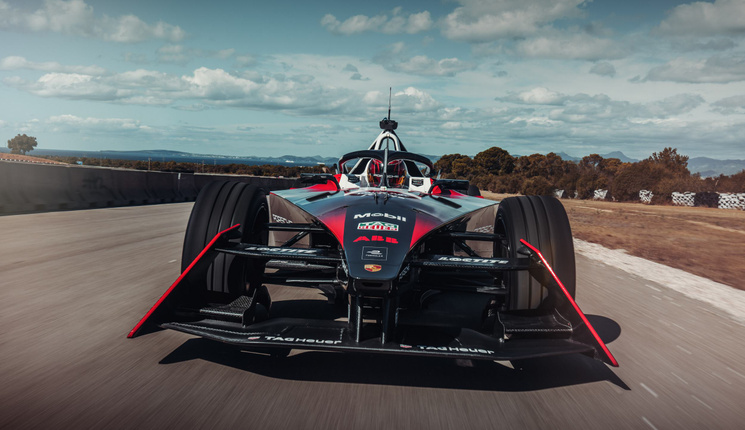 Like all race teams, Porsche is constantly working to make the car as light as possible. But with a series minimum weight, Porsche is also learning new lessons about how to balance between less weight and maximum efficiency. Sometimes a heavier part in the right place inside a motor or other component can make the car more efficient, and thus faster.

Fast-charging lessons are also part of the equation. The cars can charge for around 30 seconds when it comes time for a pit stop. While 30 seconds at a roadside charger isn't enough time to even start the system, a Formula E car can add 4-5 kWh. Enough for nearly 100 km if it were a road car.

This is another place Porsche can apply racing learning to the road. To charge like this, Porsche has to speed up connection times making the charger connection reliable and very quick. Two things lacking in roadside charging infrastructure. Finding ways to improve the connection between car and charger can then make charging on your commute faster and easier.


While the Formula E car is race-ready and will be on track starting January 14th when that series resumes, the GT4 e-Performance is more of a concept.

The GT4 e-Performance is based on the 718 Cayman GT4 Clubsport racing car, but has the ability to put down 1,073 horsepower in a fury of sound and speed. In race mode (the big number is for qualifying) it can do 603 hp, but the impressive part is the length of time it can make that power. 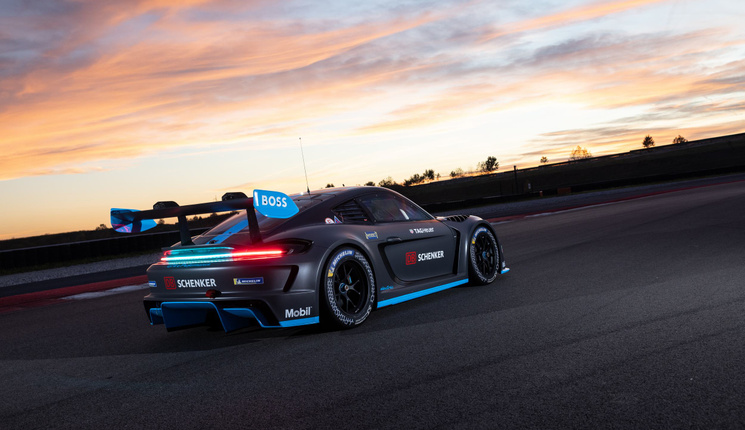 Porsche has integrated oil cooling into the power electronics, including the battery. The car can output its full power for every single moment from a full battery to an empty one. Porsche designed the car around a 30-minute race duration, the same length of race as many of its gas-powered cars.

900V charging instead of the 800V found in the Taycan allows amazing speeds. It can boost the battery from 5 to 80 percent in just 15 minutes, then be instantly ready to head back out onto the circuit. The same charge in a Taycan would take 22.5-minutes. The car's 82 kWh worth of battery pack is spread out between the nose, tail, and cabin. All protected by a plethora of computers making sure everything is ok with the cells. 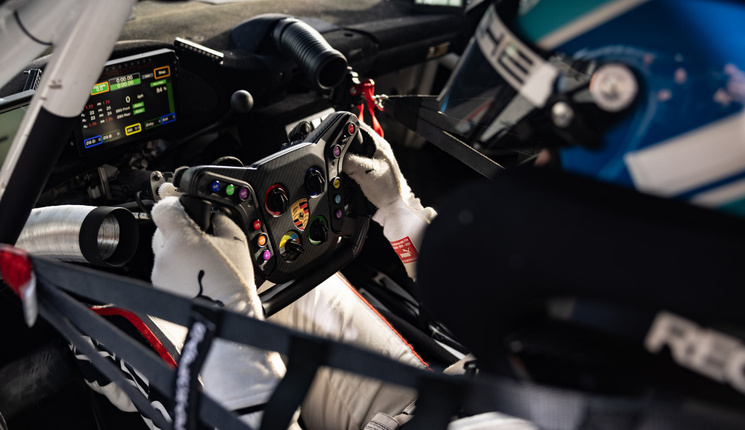 The car's lap times can match a 911 GT3 Cup racer, something no other electric could manage. At least not for more than a lap or two at a time. It's this long-term electric performance that's so impressive. Repeatability, not a one-lap wonder.

With the GT4 e-Performance and 99x Gen 3 electric race cars, Porsche is showing that electric racing is not just possible but a reality. And that it is getting closer to matching the top series of internal combustion racing in terms of outright performance and longevity. It's also reassuring to see that the developments made on the track can still make their way to the road.

As for the sound, the one thing electric racing naysayers love to bring up? Standing on the front straight of Porsche Experience Center Franciacorta as the GT4 e-Performance drove by felt every bit as visceral as I remember my first experience with a "real" race car at the Molson Indy Toronto circa 2000. When 800 hp CART Champ Cars screamed past as I leaned against the catch fencing. It doesn't translate as well on TV, but in person, the fury is real.