It was amongst all the greats – from cars to drivers and engineers – that descend on Laguna Seca Raceway in Monterrey, CA every four years for RENNSport Reunion, that Porsche decided to drop not one but two bombs on the media and fans in attendance: the arrival of the 911 Speedster Concept as well as the GT2 RS-based 935 track-only special, so named to commemorate the spectacular 935 racers of the 1970s.

More specifically, it recalls the 935/78 “Moby Dick”, so named for the way its massive bumper extensions made it look a little whale-like. The new car gets a similar treatment, right down to the blacked-on wing, red wheels and Martini Racing paint job. Holy moly.

“[RENNSport] is a place where you see many many generations of absolutely crazy race cars”, said Detlev von Platten, Board Executive of Porsche AG. “You see legendary drivers; we have more than 60 legends here today. This is unique.” A number of them attended the launch presentation, of course, including Jacky Ickx, Jochen Mass and Manifred Schurti, who all drove the original Moby Dick back in the day.

The perfect place, then, to launch a 700 hp racer finished in carbon-fibre reinforced plastic with fat Michelin racing tires and measuring in at 2.03 meters (!) wide. Power is fed to the rear wheels through a 7-speed PDK with active mounts. In a tribute to yet another racer—the 917 prototype—the gearshift knob is crafted from laminated wood. Most drivers, though, will likely be using the wheel-mounted paddles to shift gears. Only 77 will be made, available for the low low price of 701,948 Euros… 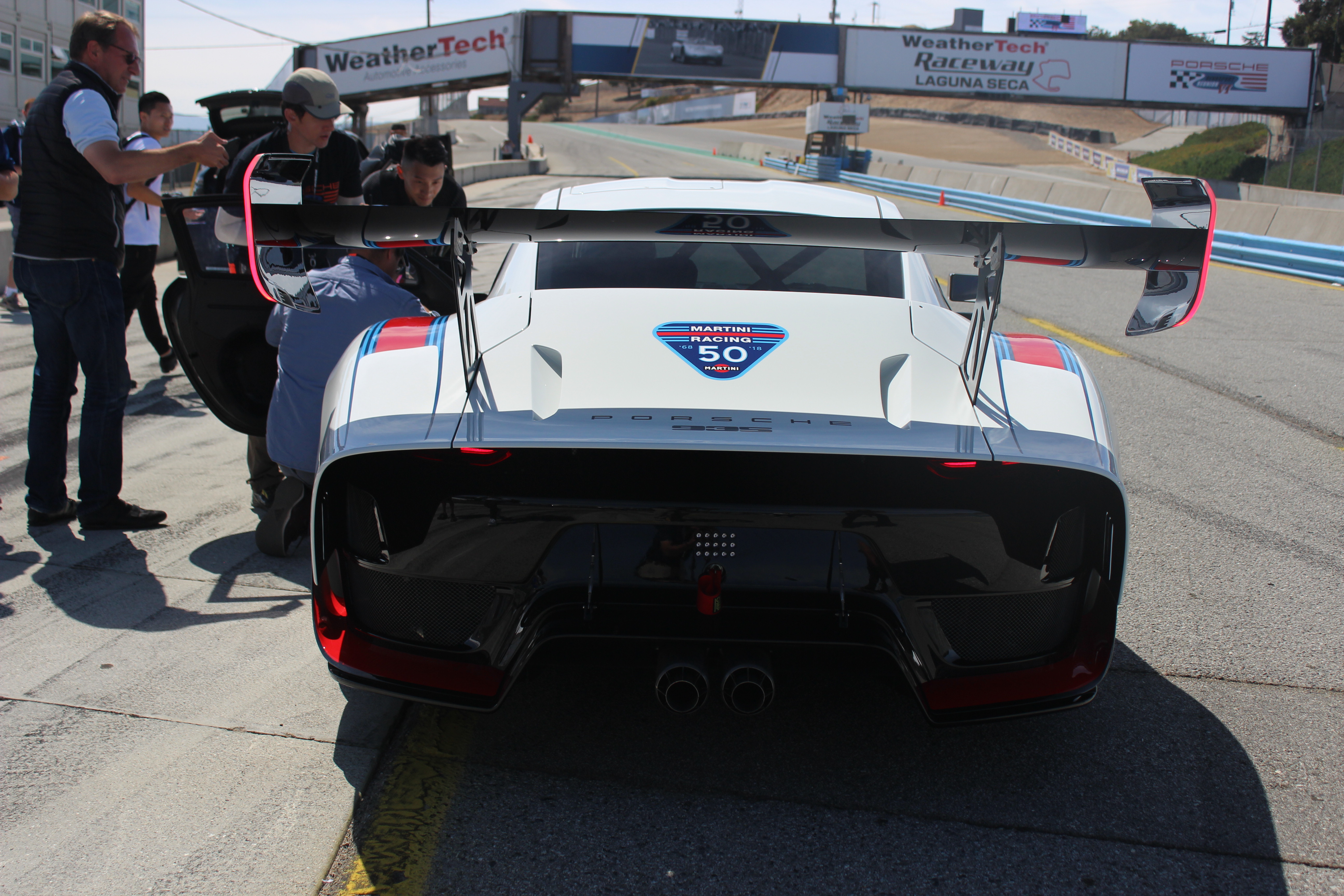 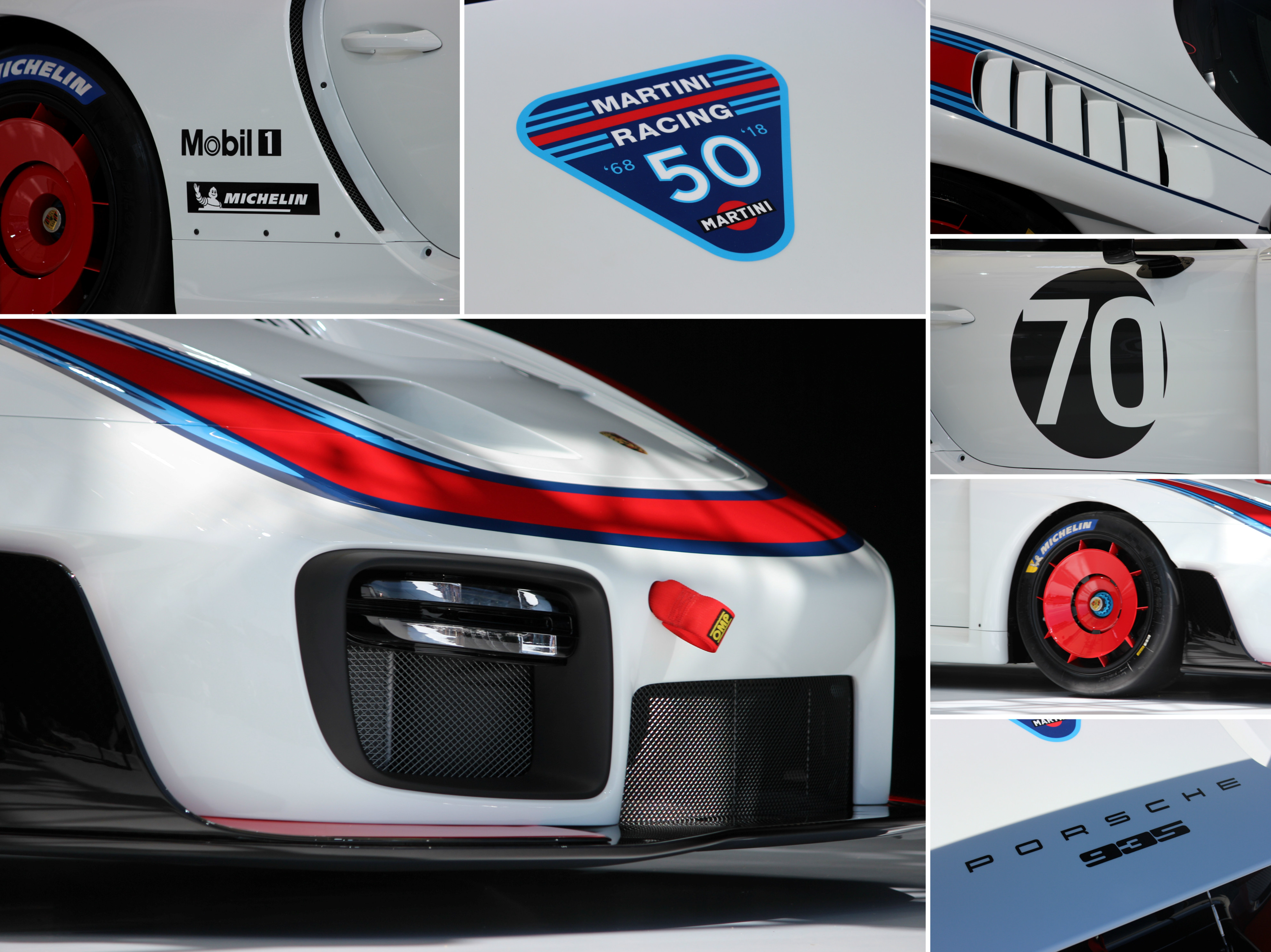 Often, when a 911 model as special as the Speedster that was also launched at the event arrives, it’s a good indicator that the current generation of 911 is on its way out. With rumours swirling around the next gen car being shown at this year’s LA Auto Show, that seems about right. It’s just a concept for now, but you have to think this is one concept that will make production in the none-to-distant future, as it uses an existing Porsche platform—that of the 911 cabrio—and a 500+ hp version of Porsche’s 4.0L flat-6. 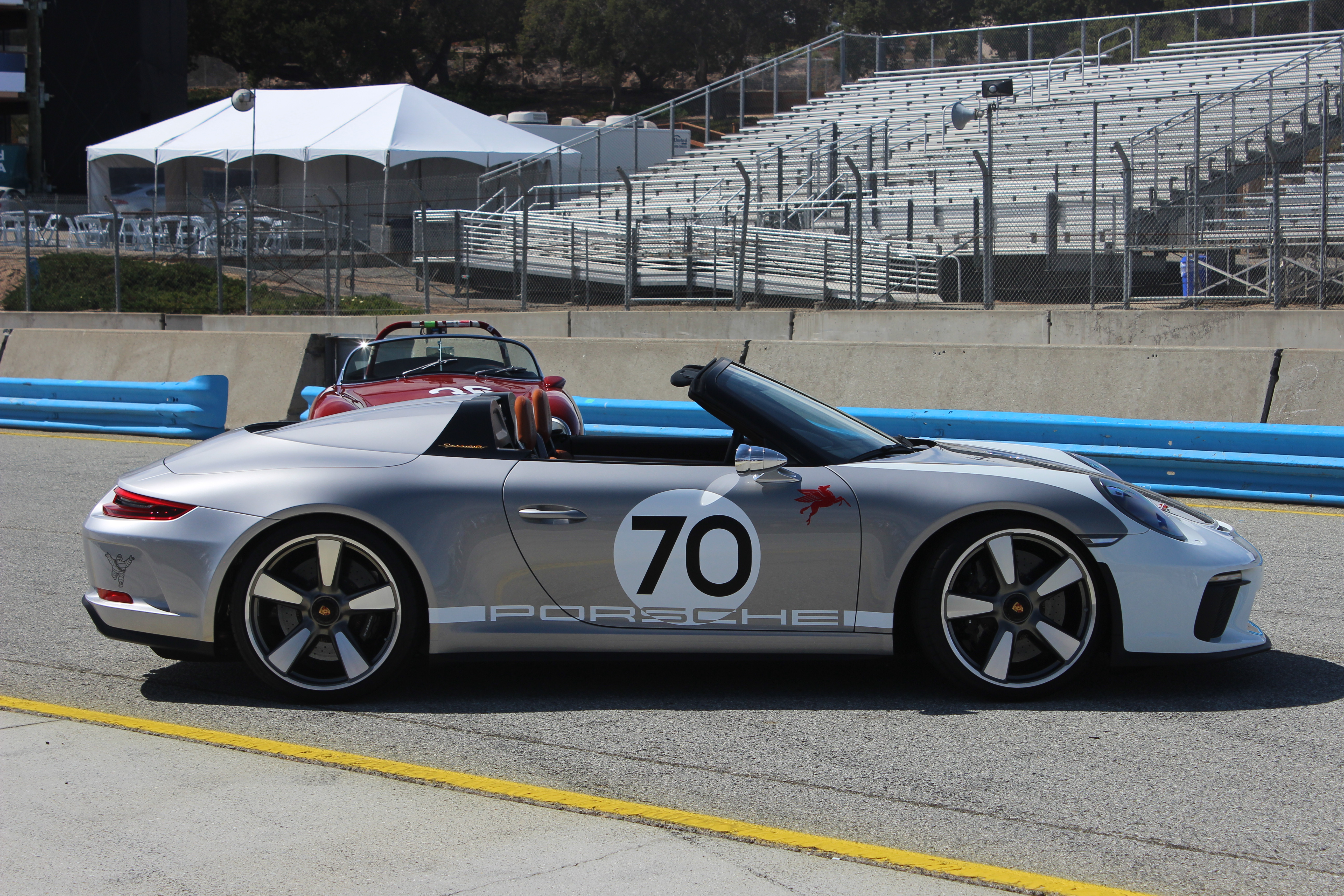 If it is going out, however, it’s going out in style. As was the case in previous 911 generations, the Speedster model trades the convertible’s exposed folded soft top for a double-bubble carbon fibre clamshell, as well as shortened front and side windows for a more streamlined and “chopped” look. It’s a styling feature that’s been around since 1988, and it looks spectacular in 991.2 form.

Other neat-o details include rounded chrome wing mirrors, fuel-filler cap at the centre of the bonnet, and unique headlight design; they’re crafted to look as if they’re “taped”, just like the items on old race cars that prevented them from shattering when broken. The silver and white paint job, meanwhile, is a callback to Porsche racers from the 1950s, and the 21-inch wheels are styled to look like a modernized version of the classic Fuchs design.

Don’t think the Speedster is all show and no go, however; inside, the navi, radio and A/C systems have all been relegated to the parts bin and the seats are full carbon, all in an effort to save as much weight as possible. The powertrain gets complimented by a titanium exhaust system as well as – wait for it – a six-speed manual transmission.

We expect to hear more about any production plans Porsche has for the Speedster in the coming months. 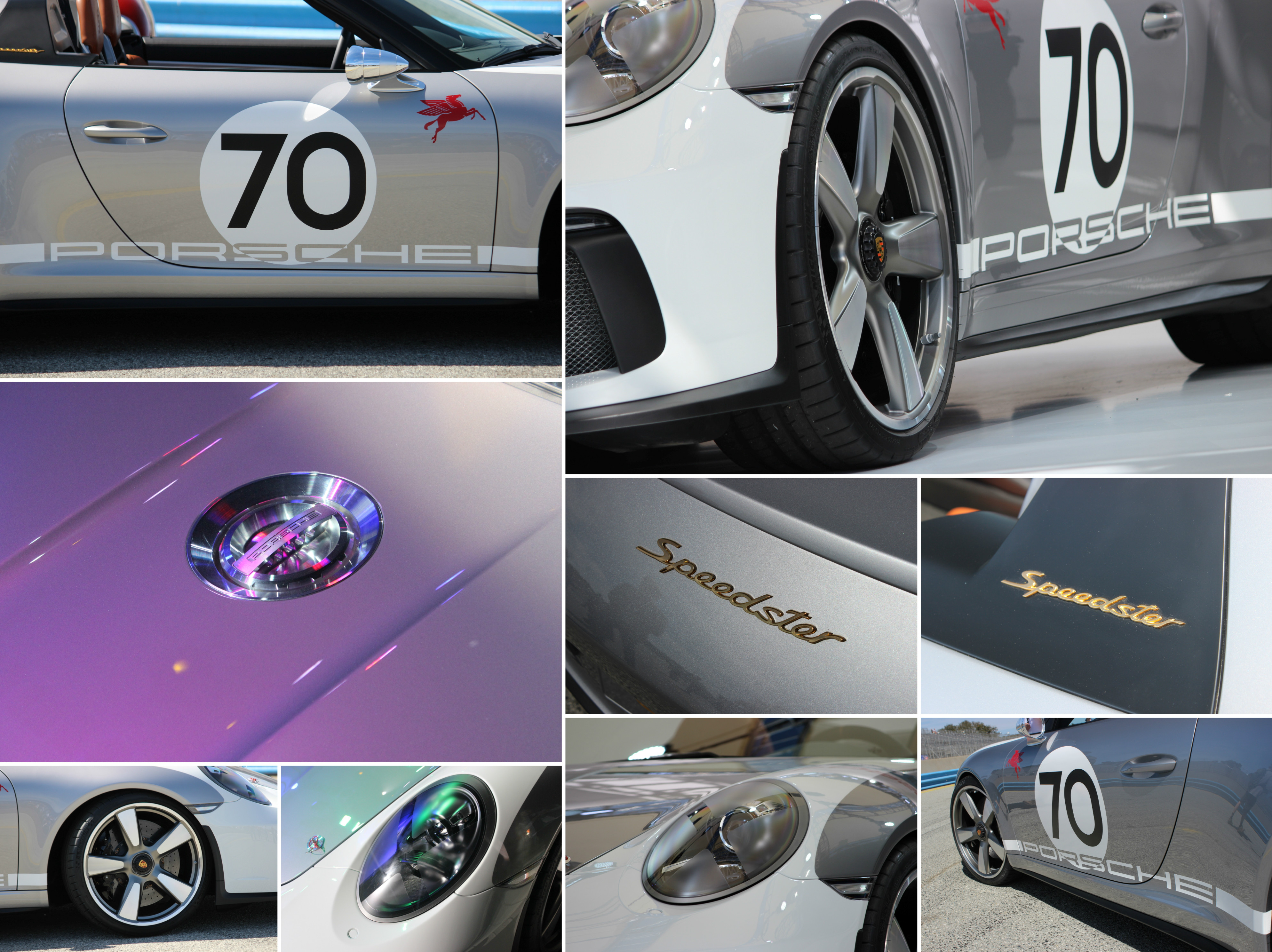 Porsche Past, Present and Future 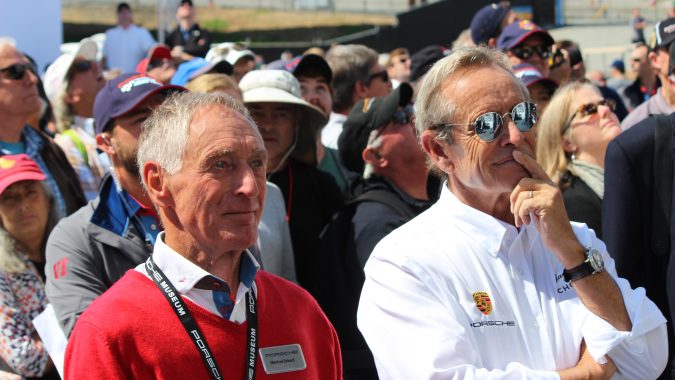 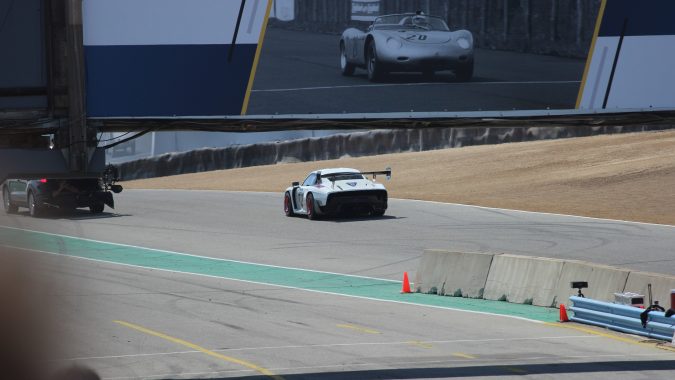 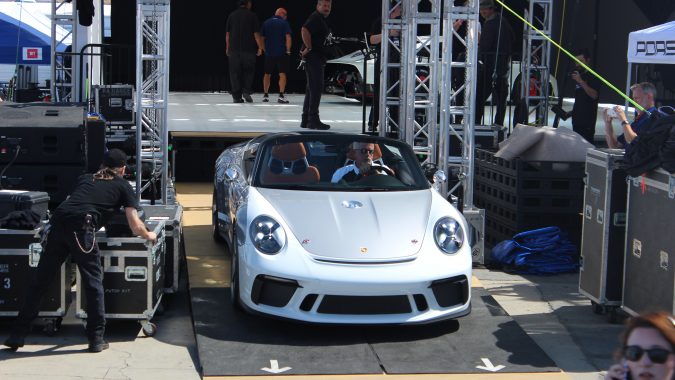 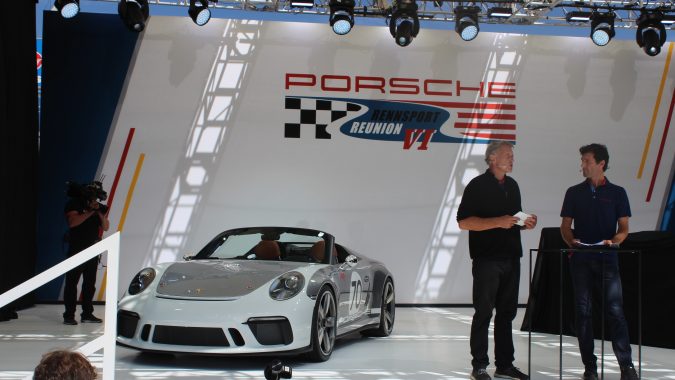 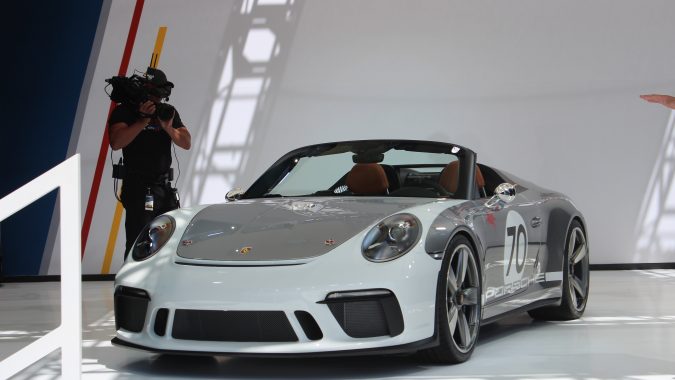 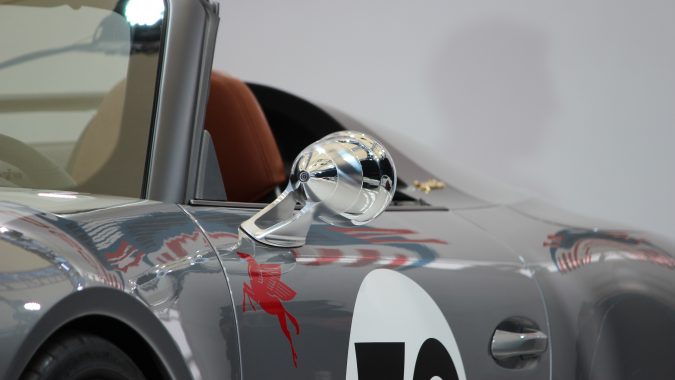 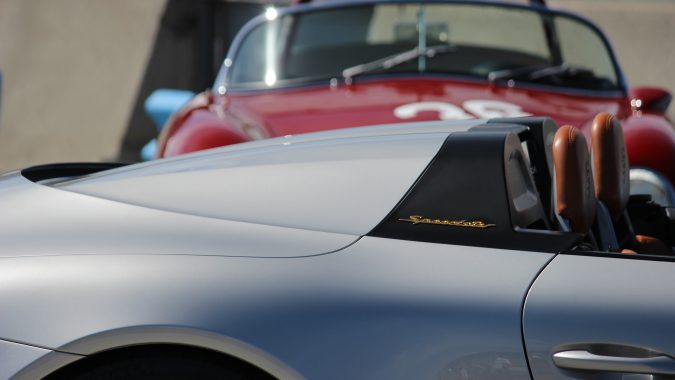 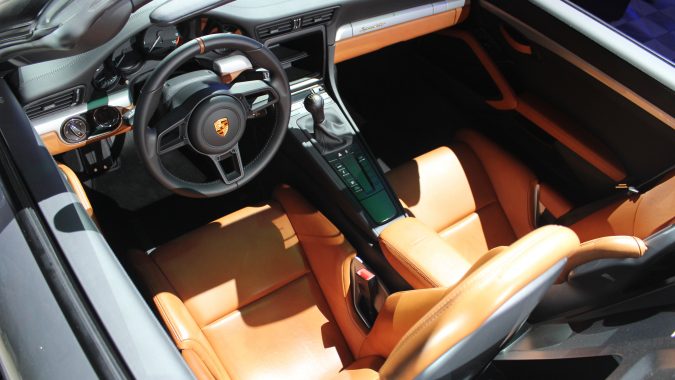 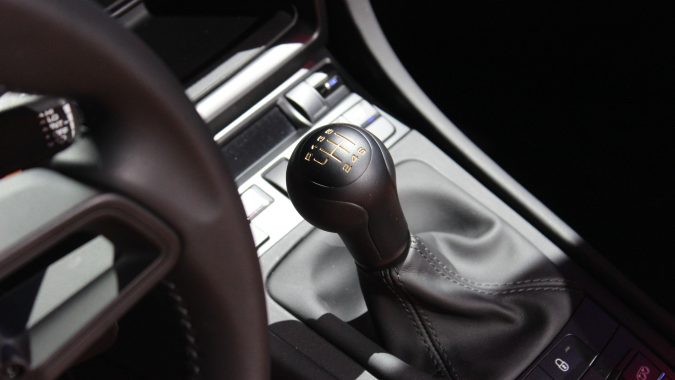 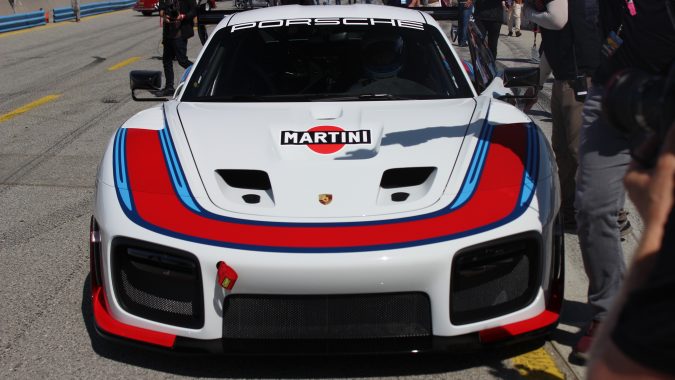 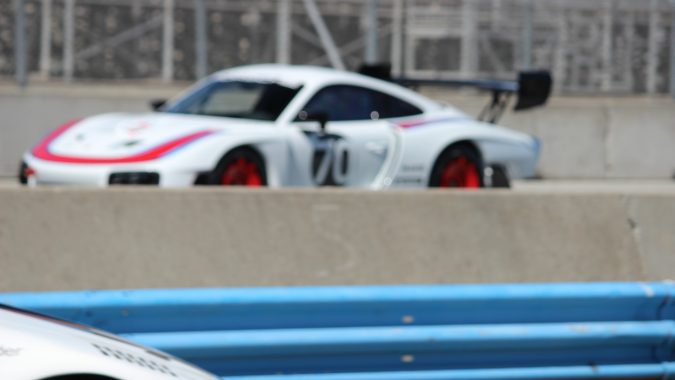 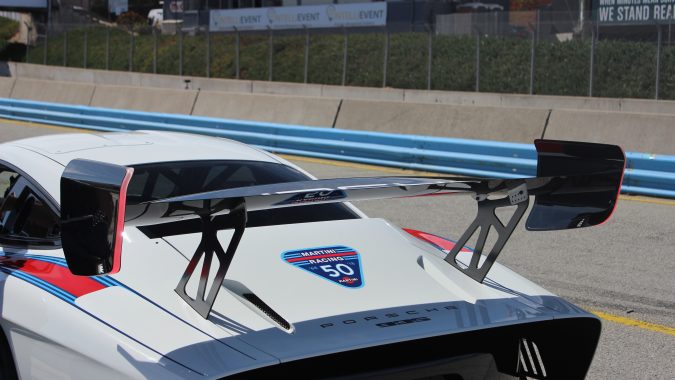 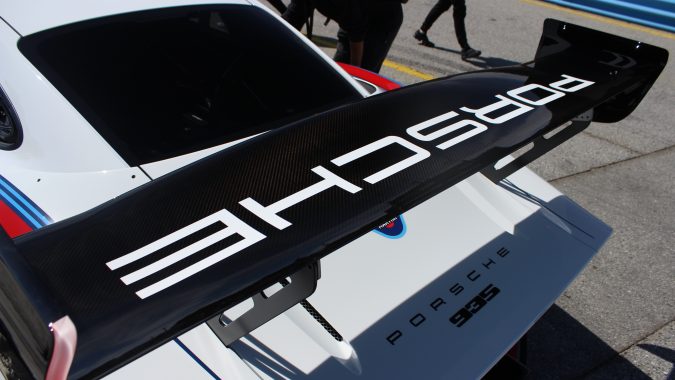 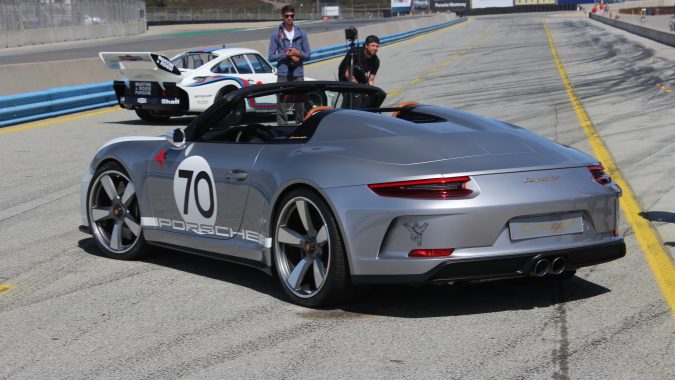