Now available in Canada starting at $163,300, the latest GT3 has been extensively lightened with a power-to-weight ratio of just 2.86 kg/hp thanks to it 4.0-litre, “boxer” six-cylinder engine with 500 hp .

NEW YORK, NY: Porsche powered into this year’s New York International Auto Show with four of its most potent models including the 500 hp 320 km/h 911 GT3.

Now available in Canada starting at $163,300, the latest GT3 has been extensively lightened with a power-to-weight ratio of just 2.86 kg/hp thanks to it 4.0-litre, “boxer” six-cylinder engine with 500 hp that sees it accelerate from 0-100 km/h in 3.4 seconds. With its standard seven-speed double-clutch transmission (PDK), it has a top speed of 318 km/h.

Fitted with an optional six-speed manual transmission, sprint time to 100 km/h is 3.9 seconds with a top speed of 320 km/h.

The chassis and suspension incorporates lessons learned by Porsche from it’s full-race GT3s including active rear-axle steering that, depending on speed, steers either in the opposite or the same direction as the front wheels resulting in improving the vehicle’s agility and stability.

Adding to the response is a rear differential lock.

You can’t mistake the GT3 for anything else starting with the huge carbon fibre rear wing complemented by a lightweight front end and front spoiler optimized for slicker airflow.

Porsche offers two additional seat variants for the 911 GT3. The adaptive Sports seats Plus boast electrical adjustment of all seat functions (18-way). The full bucket seats are made from light carbon fibre-reinforced plastic in carbon-weave finish.

Also on the Porsche stand is the brand’s new flagship, the 2018 Panamera Turbo S E-Hybrid with a 4.0-litre twin turbo V8 with electric motor producing a combined 680 hp and 626 lb/ft or torque. 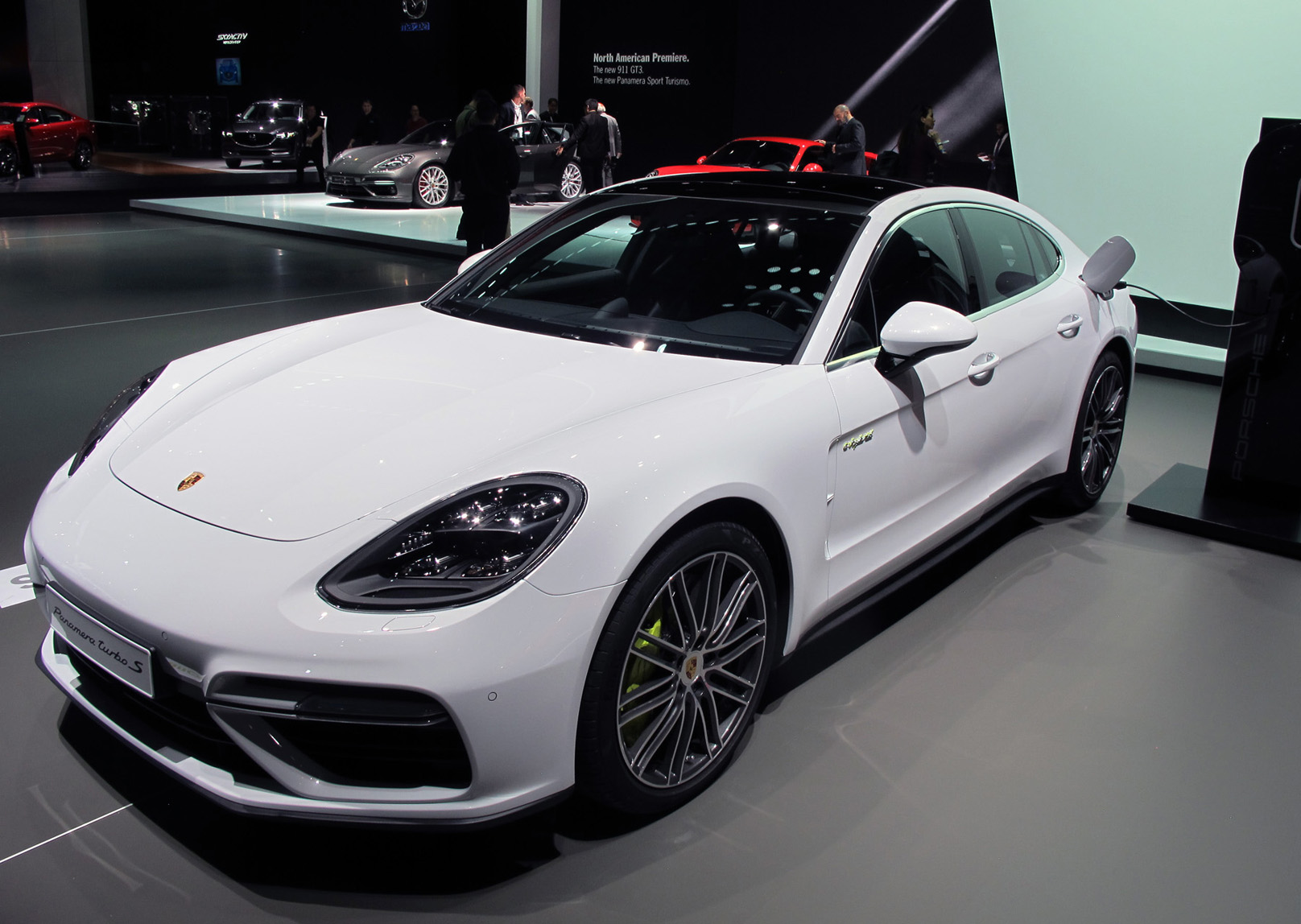 The new Sport Turismo is the first Panamera to feature three rear seats. 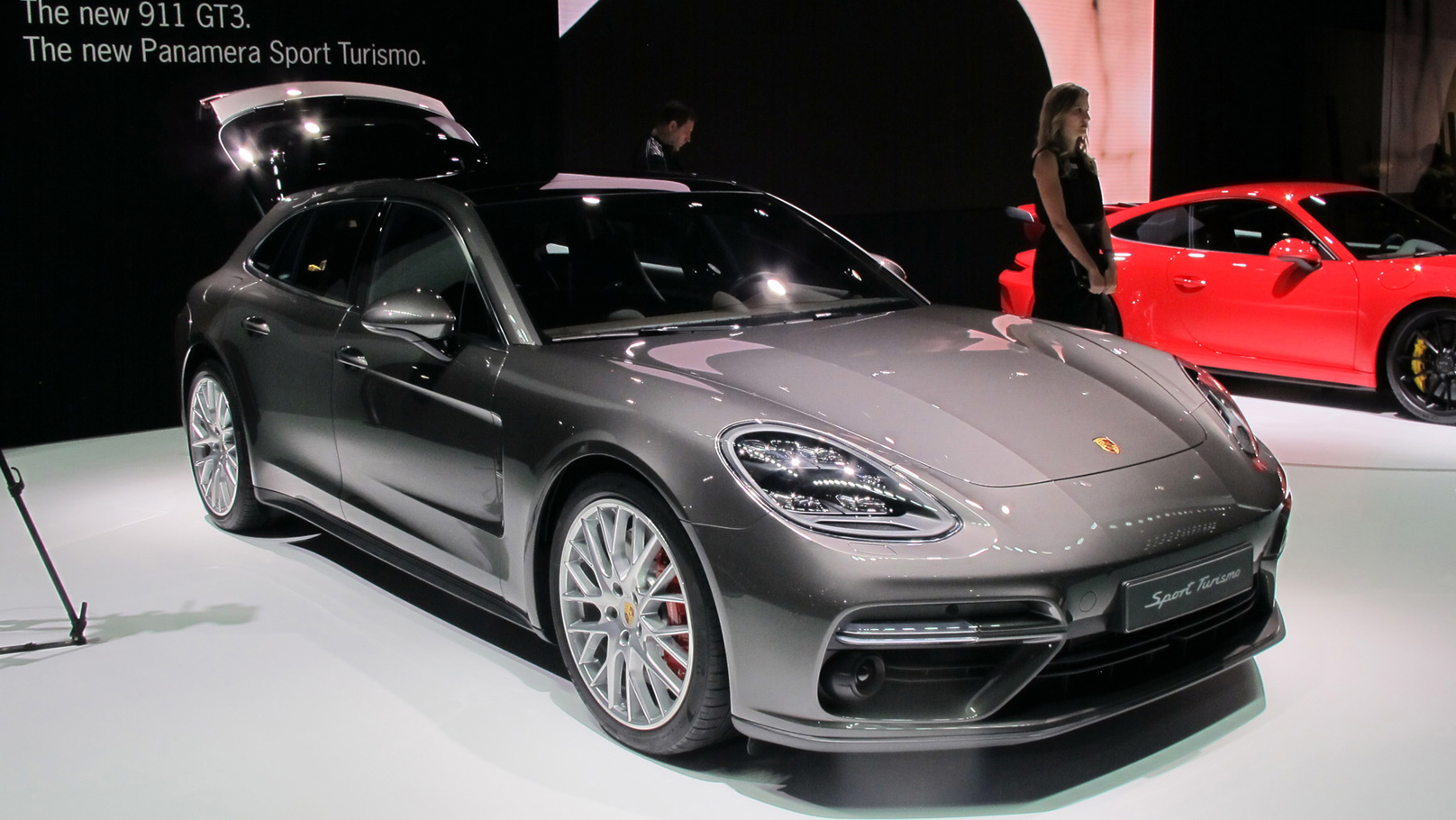 The two outside seats take the form of individual seats thus resulting in a 2+1 configuration at the rear. The Panamera Sport Turismo is also available in a four-seat configuration option with two electrically adjustable individual rear seats.