They're cutting the roof off of the new 911 and revealing the all-new Carrera Cabriolets.

Just in time for winter, Porsche is reminding us that the sun will return. So they’re cutting the roof off of the new 911 and revealing the all-new Carrera Cabriolets.

When it comes to cold weather, this too shall pass. And Porsche has been building convertible 911s since 1982. There are no huge surprises with this one. Just more of what you’re already expecting from the latest 992 version of the 911. With more wind in your hair when the top comes down.

But no huge surprises doesn’t mean a lack of good things. That convertible top sees some significant changes over the previous car. The automatic roof uses new magnesium support elements. They keep the top from ballooning out at speeds, avoiding that over-inflated look that convertibles get. Especially with age. The roof can be opened and closed at speed, too. Up to 50 km/h, if you can’t stop for a sudden shower. Or if you need to get that top open before the big brakes can bring the car to a halt.

Every sports car needs to be quicker than its predecessor, and this one’s no different. Porsche has chopped a second off of the roof’s opening and closing time. A new hydraulic system does the job in about 12 seconds. When open, an electrically extended wind deflector keeps cabin disruption to a minimum and cold breezes off the back of your neck.

Look below the roof, and this is the same new body as the hard-top 911 revealed a couple of months ago. That means sleek 911 lines, and the new LED light strip taillights.

The debut of the Cabrio is in rear-drive S and all-wheel drive 4S forms, the same as the hardtop. So it uses the same engine. A 3.0L twin-turbo flat six that produces 443 hp and 390 lb-ft of torque. The S Cabriolet can hit 100 km/h in 3.9 seconds, or 3.7 with the Sport Chrono package. The 4S trims 0.1 seconds off those times. At launch, the only gearbox choice will be Porsche’s new eight-speed dual-clutch box.

Porsche is adding the company’s Active Suspension Management chassis to the 911 Cabrio for the first time. It gets shorter and stiffer springs, more rigid anti-roll bars, and is 10 mm lower. The automaker says that a new engine mounting position helps make the car even more rigid than before.

While Porsche is showing off the new car in the dead of winter, it won’t arrive at dealers until the third quarter of this year. The 911 Carrera S Cabriolet and it’s decklid-wide name will start from $143,700. The 4S will come in from $152,100. Order books are open now. 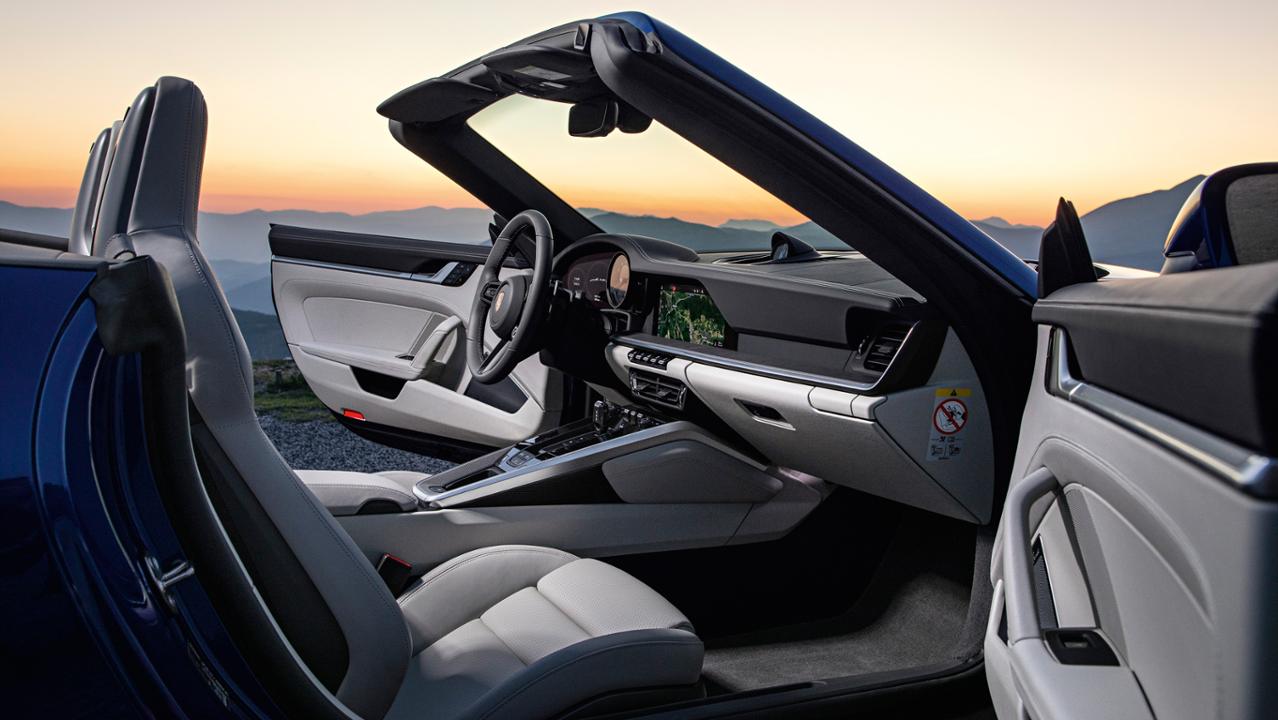 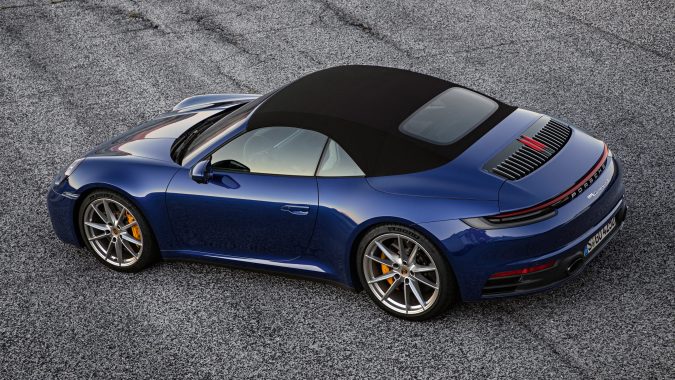 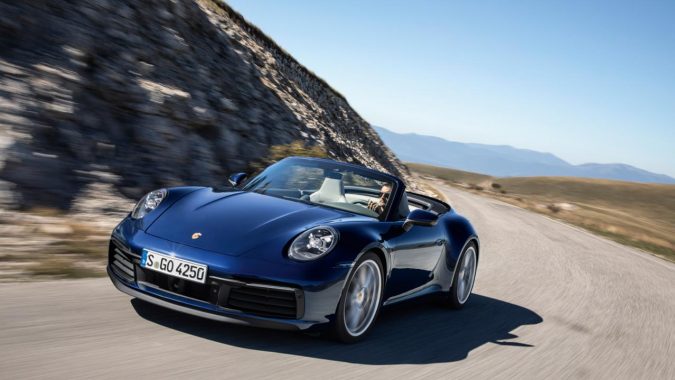 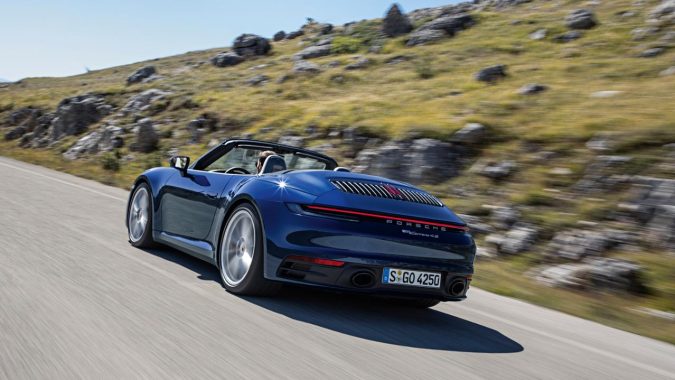 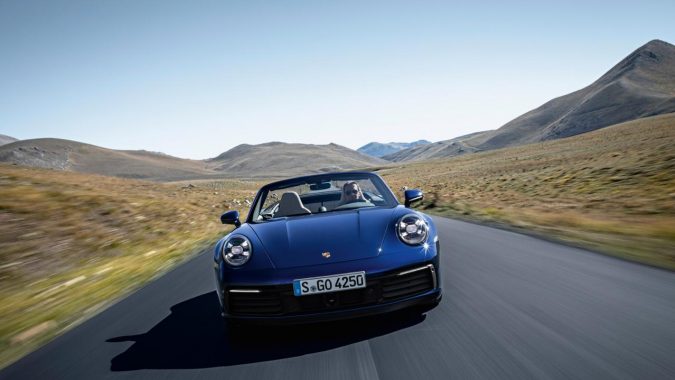 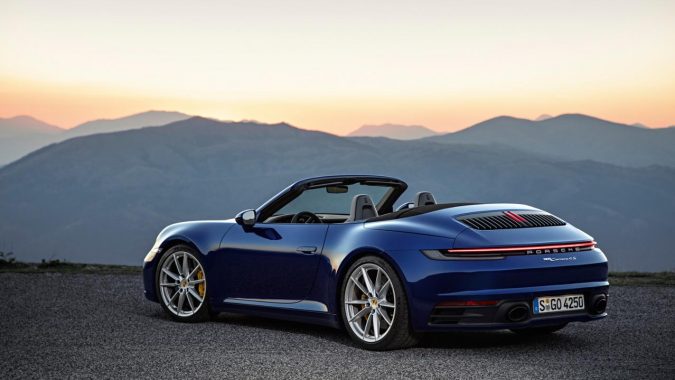 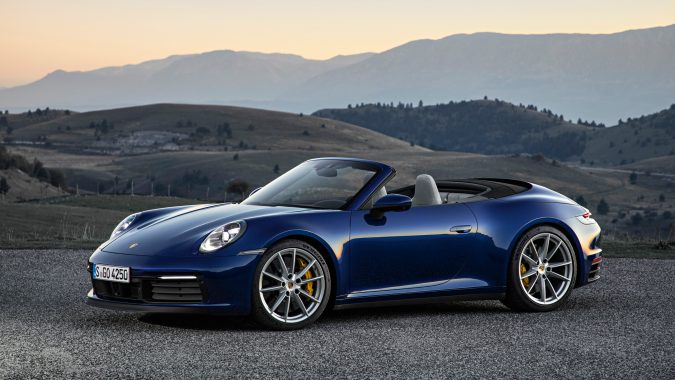