Porsche has announced its first all electric sportscar will be named the Taycan.

Series production of the first purely electric from Porsche is set to begin next year.

In preparation, the vehicle previously operating under the working title “Mission E” has now been given its official name: Taycan.

The name can be roughly translated as “lively young horse,” referencing the imagery at the heart of the Porsche crest, which has featured a leaping steed since 1952.

The Eurasian name also signifies the launch of the first electric sports car with the soul of a Porsche.

Porsche announced the name for its first purely electric model as part of the “70 years of Porsche Sports Cars” ceremony.

Two permanently activated synchronous motors (PSM) generating a system output of over 600 hp accelerate the electric sports car to 60 mph in well under 3.5 seconds and to 124 mph (200 km/h) on the track in less than twelve seconds.

The vehicle’s maximum range will be over 300 miles as measured in accordance with the New European Driving Cycle (NEDC).

At Porsche, the vehicle names generally have a concrete connection with the corresponding model and its characteristics.

The name “Boxster” describes the combination of the boxer engine and the roadster design; Cayenne denotes fieriness; the Cayman is sharp and agile; and the Panamera, inspired by the Carrera Panamericana long-distance race, offers more than any standard sedan.

The name Macan is derived from the Indonesian word for tiger, with connotations of suppleness, power, fascination, and dynamics. 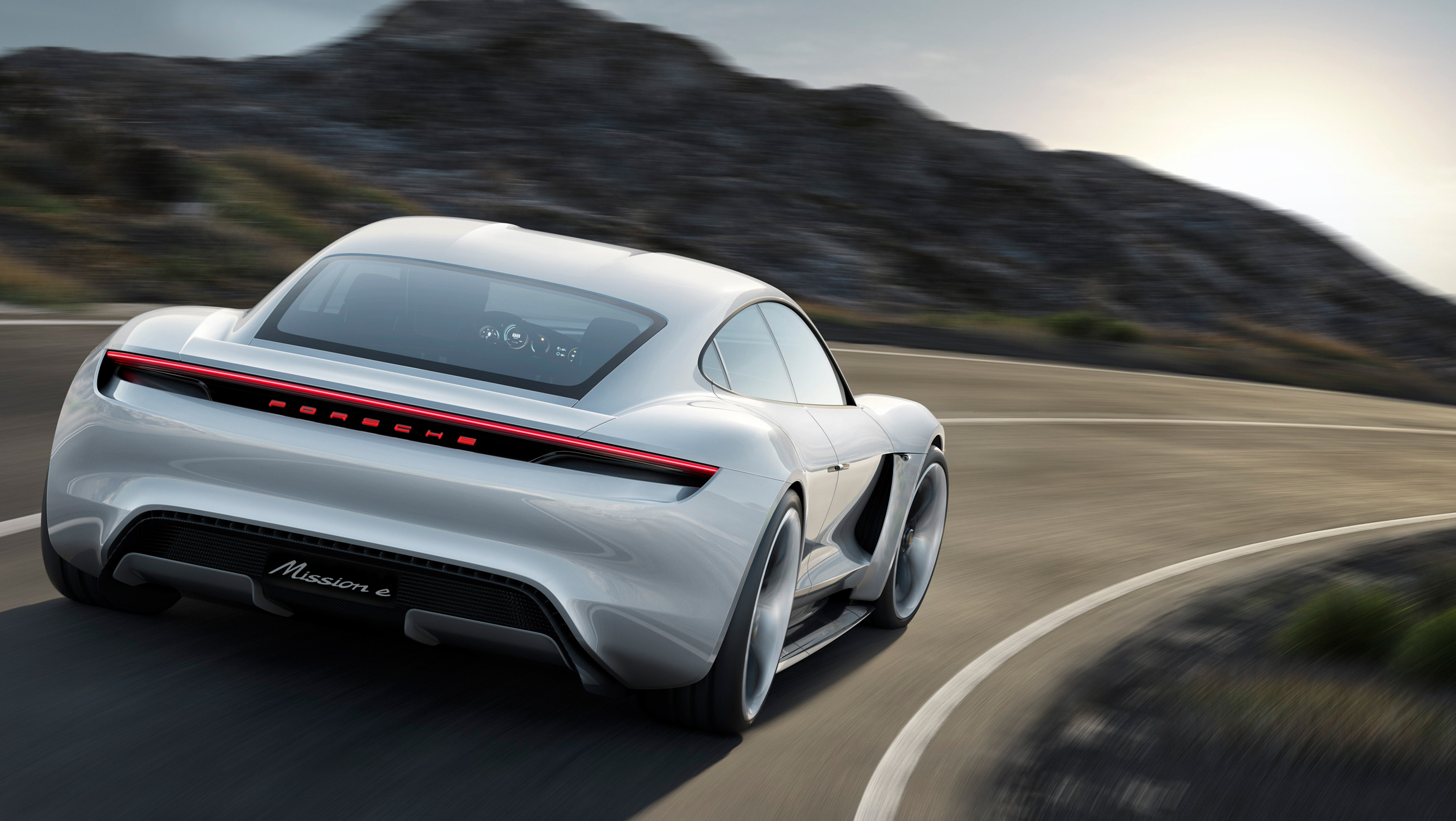