First-ever Canadian facility to open in 2024

Join the Conversation (0)
Eight months after its announcement, Porsche Cars Canada Ltd. officially kicked off construction of Porsche Experience Centre Toronto late last week with a ground-breaking ceremony in front of approximately 100 attendees. Among those in attendance were project partners, along with officials from the city of Pickering and the government of Ontario.

Porsche Experience Centre (PEC) Toronto will be the first of its kind in Canada, the third in North America and tenth worldwide. It will sit on a dedicated 20-acre site in Pickering that is a part of Durham Live, a mega entertainment and tourism development which is a roughly 30-minute drive east of downtown Toronto. A casino and luxury hotel, which are already operating, will be joined by a concert venue and more than 400,000 square feet of retail space. 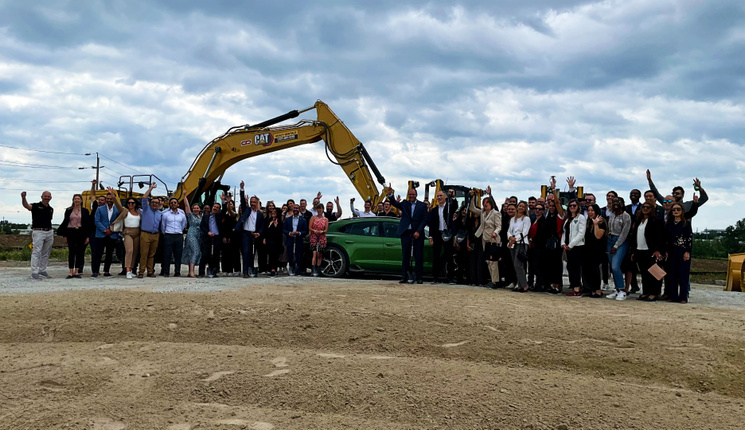 PEC Toronto, set to open in 2024, will feature a 2-plus kilometre circuit where visitors can receive guidance from Porsche instructors on how to experience the driving dynamics, technology, and emotion of their cars through various driving modules. The track, designed by Tilke Engineering, a world-renowned race-track designer for Formula One, will have a challenging layout that includes a mini corkscrew section that is reminiscent of Laguna Seca Raceway in California. The facility will also host a display of current and historic Porsches, along with a café and Porsche shop. 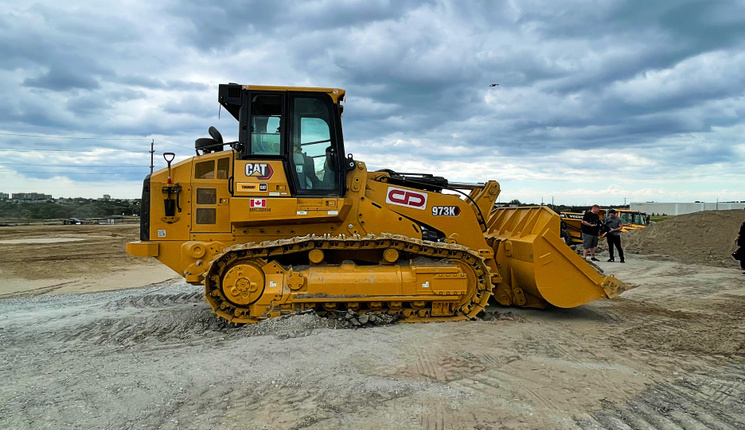 “The kick-off to this construction project represents the culmination of years of dedication and planning by teams on both sides of the Atlantic. More than a circuit, the future Porsche Experience Centre Toronto will represent a unique, exhilarating, and memorable place where visitors can fully immerse themselves in the brand and its products,” Marc Ouayoun, President and CEO, Porsche Cars Canada, Ltd. said in a statement.

“Porsche is one of the world’s most iconic and prestigious brands, and we are thrilled that the PEC project will bring thousands of visitors to our city as they seek new, visceral, and memorable experiences, all within minutes of downtown Toronto,” Dave Ryan, Mayor of Pickering, said in an official release. 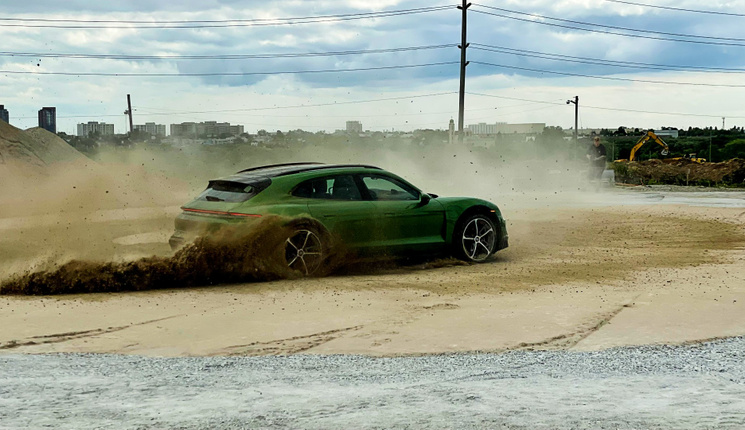 Ouayoun, Ryan, and several other dignitaries took part in the official ground-breaking, which involved hardhats and mini shovels as one might expect at such an event.

Before shovels of dirt were flung, however, a Mamba Green Porsche Taycan 4 Cross Turismo attacked a smoothed-down circular patch of soil, performing a series of impressive donuts which produced a lot cheering from those in attendance.

Not a usual ground-breaking activity, perhaps, but then again PEC Toronto is far from an average construction project. 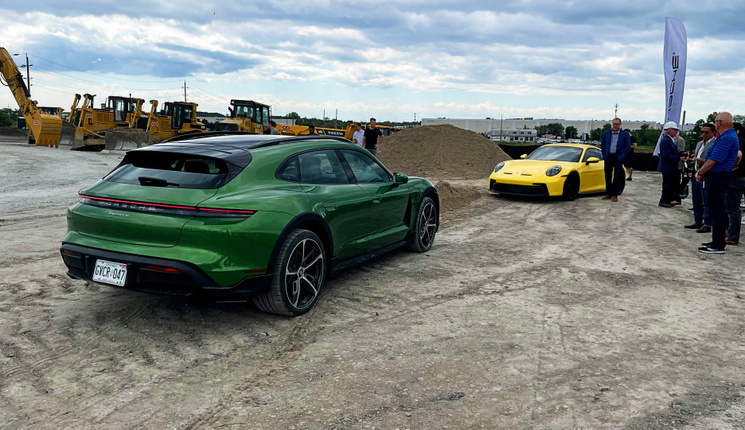