The 16,000-square-foot restoration workshop is the crown jewel of the Porsche Classic Center in Atlanta, GA, where more that 52,000 genuine parts are available to bring any 10-year or older Porsche up to as new condition.

ATLANTA, GA: Did you know more than 70 per cent of all Porsches ever built are still on the road?

And that has developed into a sizeable business for what has become one of the largest vintage single marque ownership group in the world.

To keep all these vehicles running, Porsche has established classic centres globally, where cars can be restored to as-new condition by specially trained technicians.

A classic Porsche is considered any model 10 years or older encompassing 14 models.

In Canada, the 19,576 known classics represent 27 per cent of all Porsches in operation.

The growing demand for genuine replacements alone now makes up 10 per cent of its total parts business in the U.S. and it’s growing. 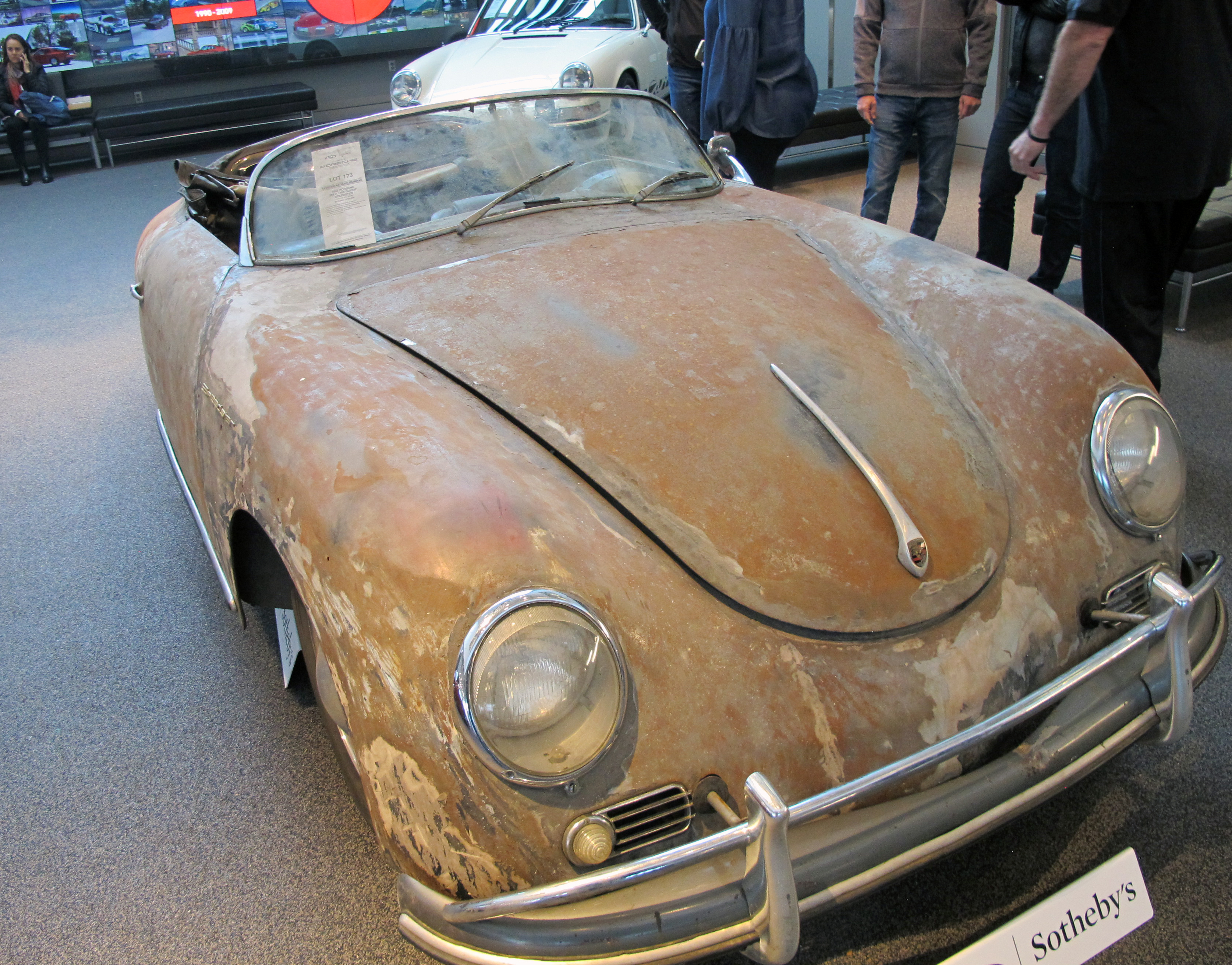 There are 70 Classic Partners in the world, two of which are in Canada at Porsche Cars Victoria in B.C. and Pfaff Porsche in Vaughan, ON.

But perhaps the showpiece is at the Porsche Experience Center Atlanta *, which opened June 2, 2015. At a cost of (US) $100 million, it is the largest ever Porsche AG investment outside of Germany.

The building covers more than 220,000 square feet, containing Porsche’s U.S. headquarters, a 1.7-mile Porsche Driving Experience test track where people can drive a Porsche and, of course, the restoration shops where everything is possible when it comes to bringing a classic Porsche back to life.

Interestingly, participation at the Porsche Experience track found 68 per cent of those trying it out were non-Porsche owners, and of those, 28 per cent said they were likely to buy one.

My visit coincided with a very special, once-in-a-lifetime auction of classic Porsches as part of the on-going 70th anniversary events this year, marking the founding of the company in 1948.

Organized by RM/Sotheby’s, which had its roots in Ontario, a total of 64 cars were assembled. 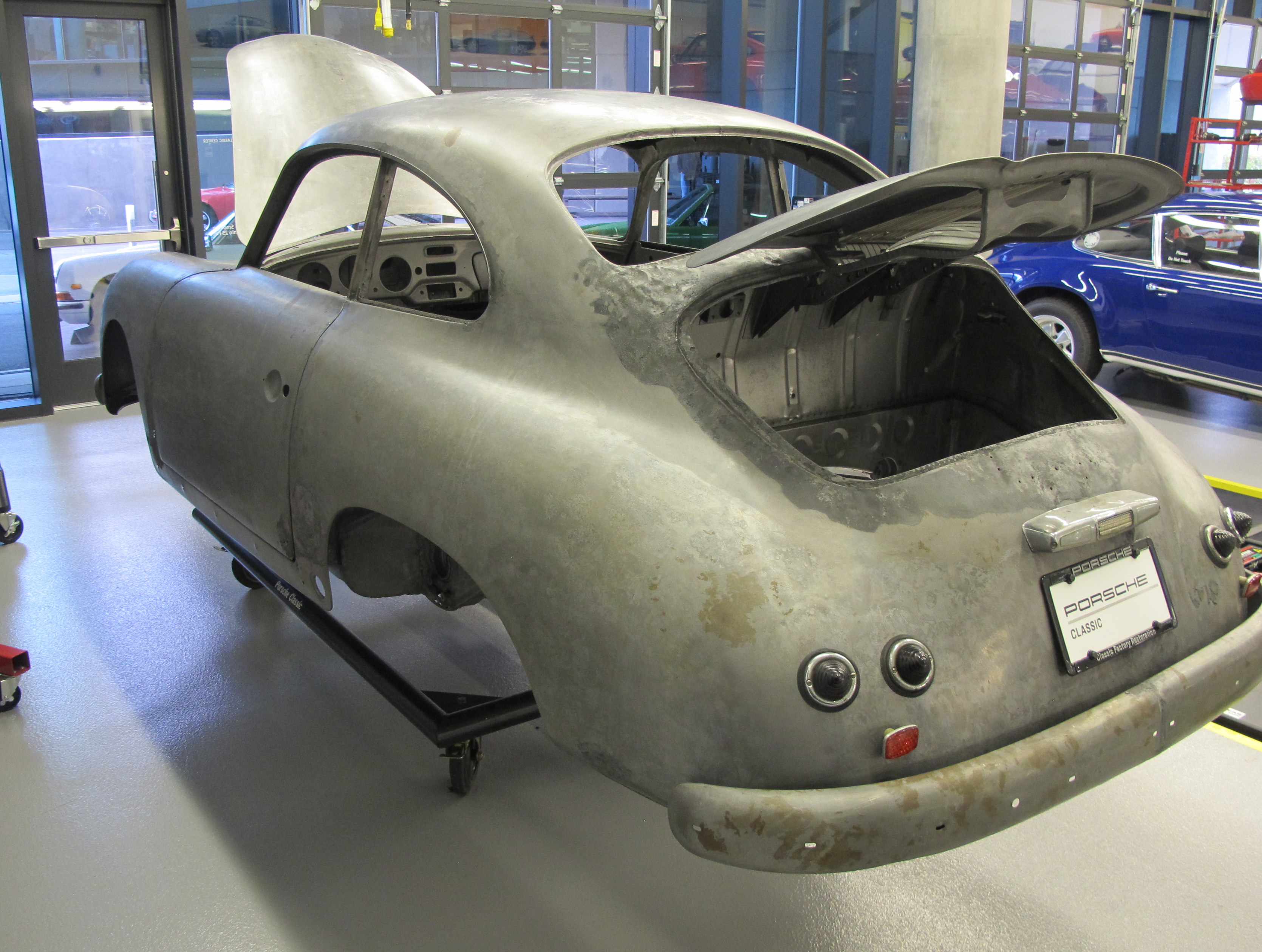 One of oldest known 356 A Coupes that was stored for 39 years is shown in the process of a full rebuild to original condition. Amazingly, the engine restarted after a little tinkering.

But it was the restoration business that really stood out.

Currently Porsche stocks more than 52,000 Classic parts and the number is growing by about 300 new items yearly.

In some cases the original supplier may still have the parts in stock or will make new ones, such as Bilstein with shocks for the earliest 356 models.

Porsche also works with more than 1,000 companies to produce the parts to the exact specifications using, in many cases, the same materials and fabrication techniques. 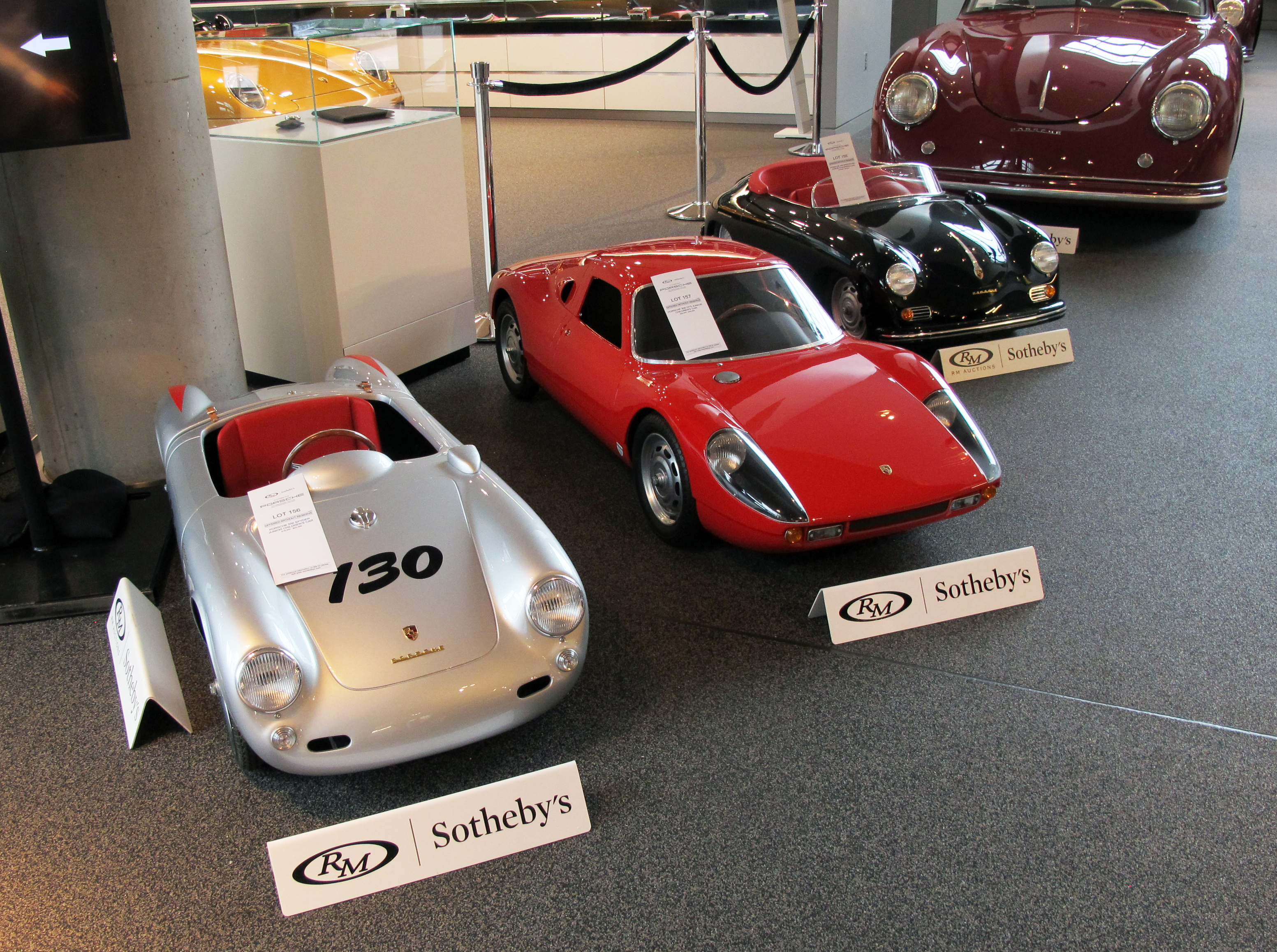 It wasn’t all cars at the RM/Sotheby’s auction at the Porsche Classic Center Atlanta as part of the 70th anniversary of Porsche celebrations. Here are some of the kiddie cars such as the 550 Spyder Junior (left) with an action estimate of (US) $18,000-$25,000.

One example is new brake drums for the 356-range. Even engine oils in four blends are available as well as hydraulic brake fluid.

Starting in November, the centres in the U.S. will be first in the world to offer the Porsche Classic Technical Certificate (CTC), which involves a 63-point pass/fail inspection for (US) $500.

During the tour of the workshop area there was a very early 356 A Coupe that had been in storage for 39 years.

Believe it or not, after some tinkering over a few days the engine started.

One of the oldest Porsches in existence, the restoration process is going to take about two years with more than 2,000 hours of labour already lavished on it. 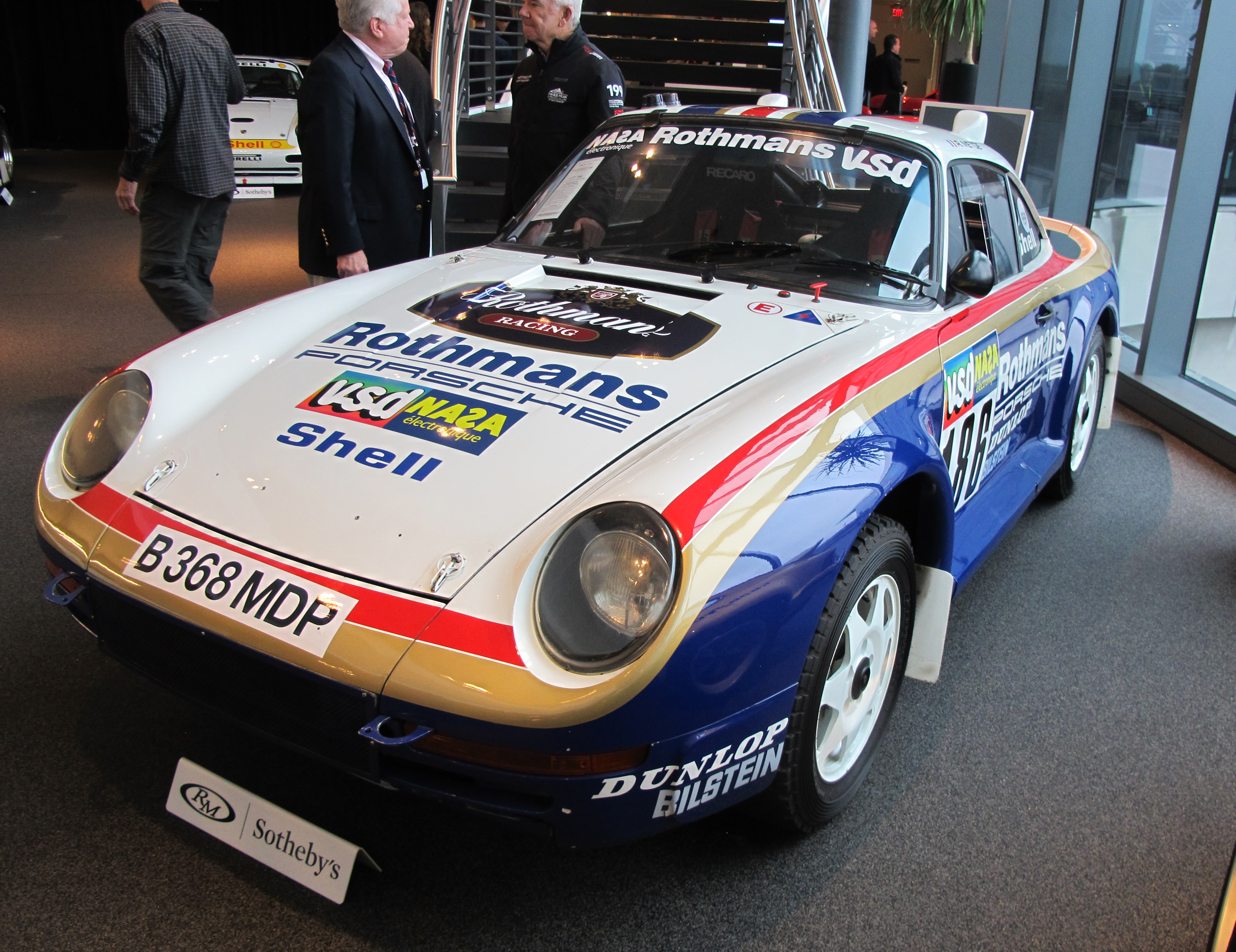 One of the most sought after Porsches in the world is this 959 Paris-Dakar racecar with an auction estimate of (US) $3,000,000-$3,400,000 at the RM/Sotheby’s auction at the Porsche Classic Center Atlanta as part of the 70th anniversary of Porsche celebrations.

And you don’t need a special invitation to visit the centre in Atlanta, as it is open to the public.

Only 12 minutes from the Atlanta airport, more than 160,000 people have visited since it opened in 2016 with an average this year of 5,600 visitors per month.

Besides the Experience Center where you can drive Porsches on the track, there’s a Heritage Gallery and even fine dining at the Restaurant 356 Cafe.

Porsche Experience Nova Scotia is a Drive to Remember 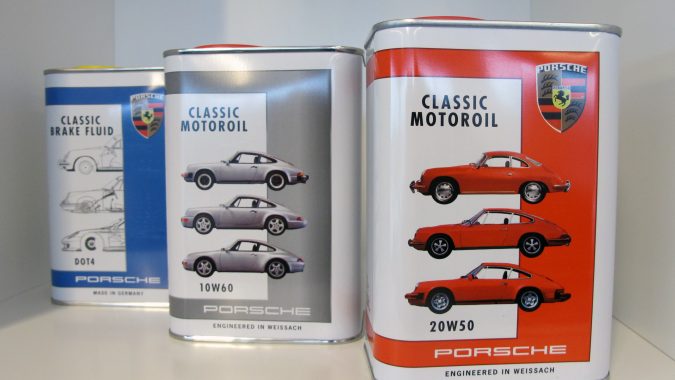 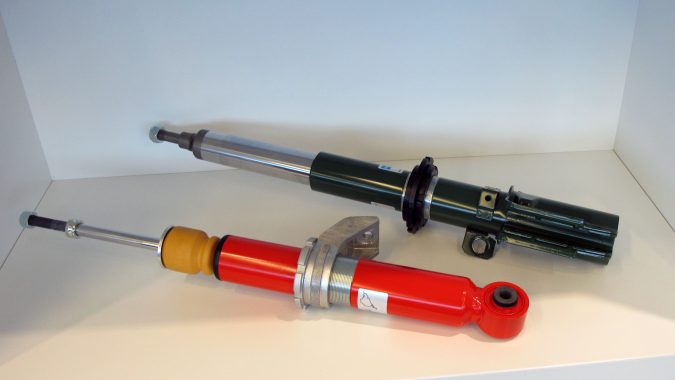