The latest Porsche coupe is a four-door SUV.

Porsche has just revealed its latest coupe. But if you’re looking for a new 718 Cayman or 911 variant you might want to look up. Way up. This one is based on the Cayenne. The latest Porsche coupe is a four-door SUV coupe. The 2020 Cayenne Coupé.

Company Chair Oliver Blume says that the latest model “includes all the technical highlights of the current Cayenne, but has an even more dynamic design and new technical details that position it as more progressive, athletic, and emotional.” Which means that is has a sharper, sleeker roofline and more raked rear glass.

There are more new details than just that new rear glass. The roof itself, for example, is 20 mm lower than the standard Cayenne. There are new rear doors to fit the new profile, and to add some more sport to the appearance, the rear fenders are 19 mm broader. Porsche says that makes it more muscular looking.

It also has not one but two spoilers. The first one is up at the line between the roof and the rear glass. The second one is a little more tricky. You can see the duck bill at the edge of the liftgate, but there’s more than meets the eye. It’s an active aerofoil. It extends up from the boot lid by 135 mm at 90 km/h and up adding downforce to the rear axle. It’s part of Porsche Active Aerodynamics.

On the Cayenne Coupé, the roof is a massive panoramic fixed glass piece as standard. Which tall drivers will be hoping adds back in some of that missing headroom. There’s an integrated roller blind to keep the sun out. If you want to trim more kilos from your Coupé, you can swap that out for a contoured carbon fibre roof that Porsche compares with the one on the 911 GT3 RS.

Two-up rear seating is standard in the Coupé, meaning it will seat four. A 2+1 rear seat is optional if you really want to try and seat five. The rear seat is 30 mm lower than the normal Cayenne to try and keep those back-seat passengers happy. There are 625L of cargo space behind the rear seats, down from 767 in the more upright Cayenne. Both lose a few L for the Turbo models. 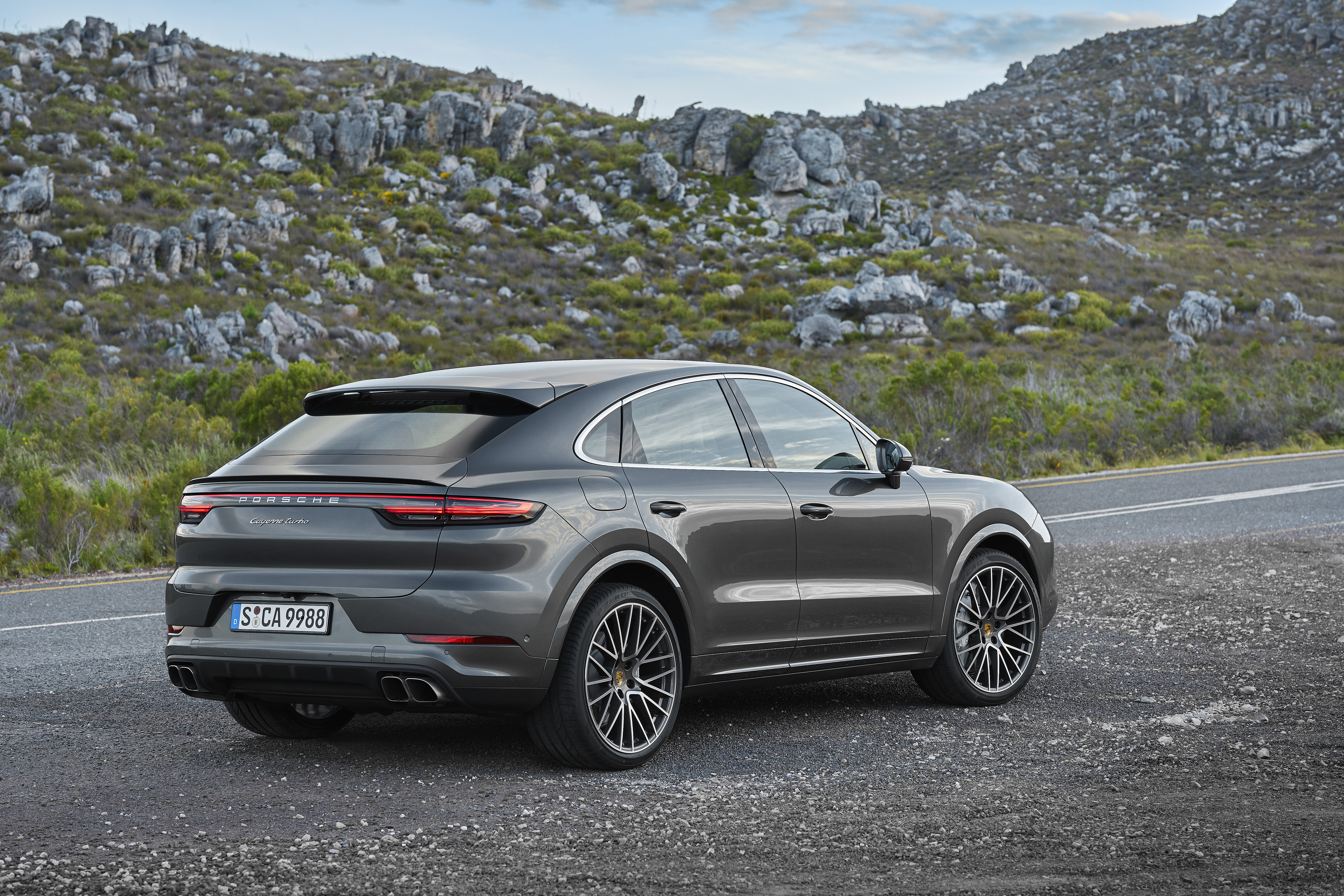 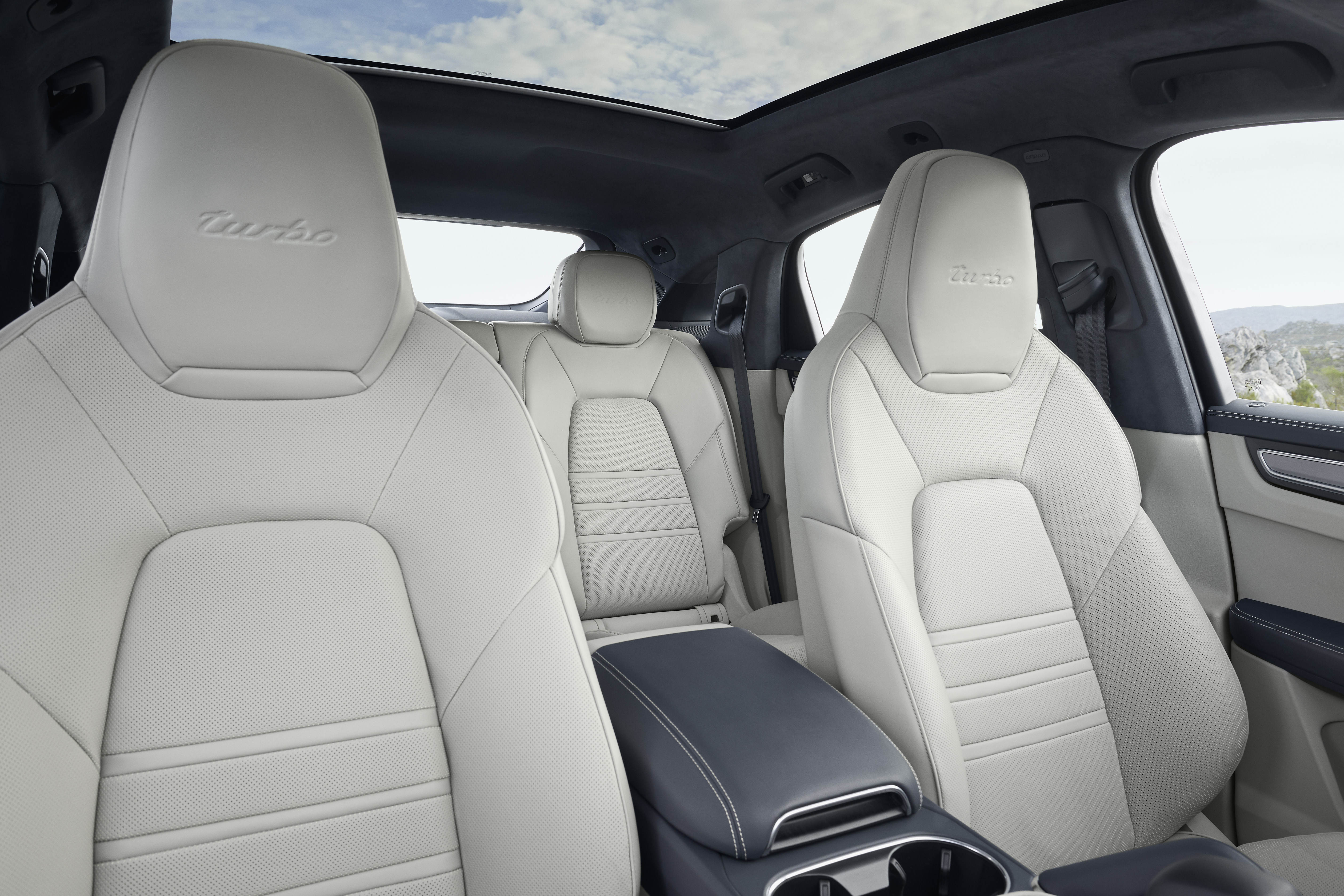 The Coupés are available to order now, starting from $86,400 for the base and $148,000 for the Turbo. That’s $10,900 more than a base Cayenne or $8,300 more than a Turbo, but the Coupés come with PASM active suspension, Sport Chrono, and Power Steering Plus as well as 20-inch alloys. Which narrows the price premium for the Coupé significantly. Of course, Porsche will have the usual hundreds of options available like larger wheels and the lightweight packages. Deliveries are set to start at the end of the year. 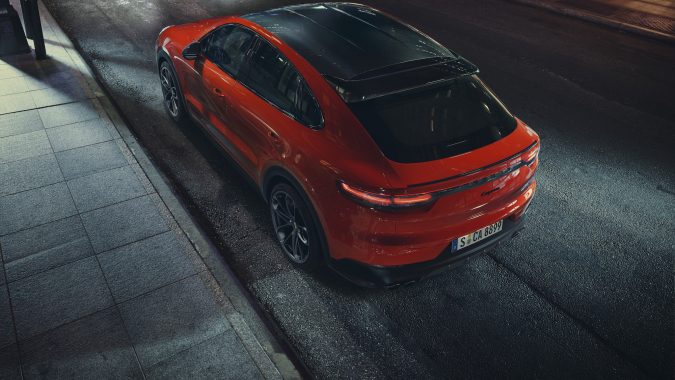 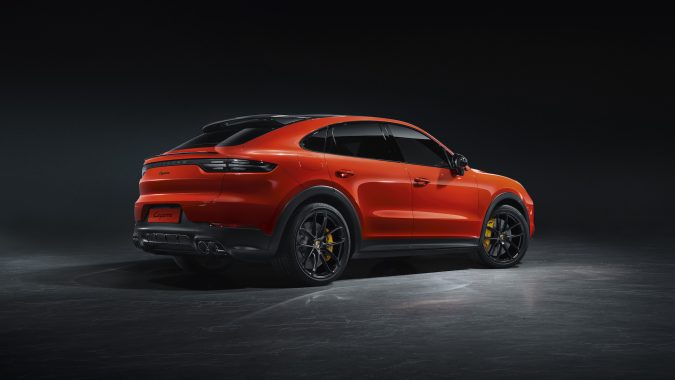 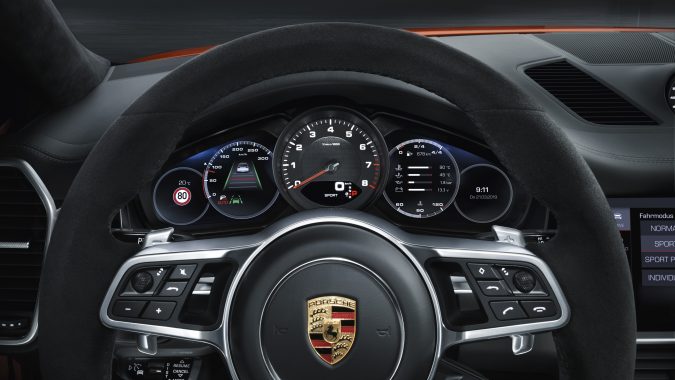 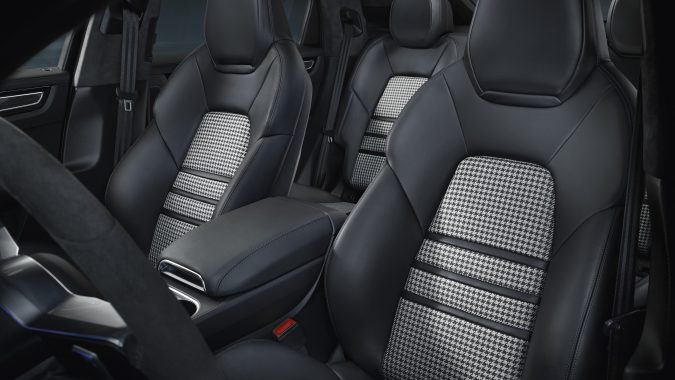 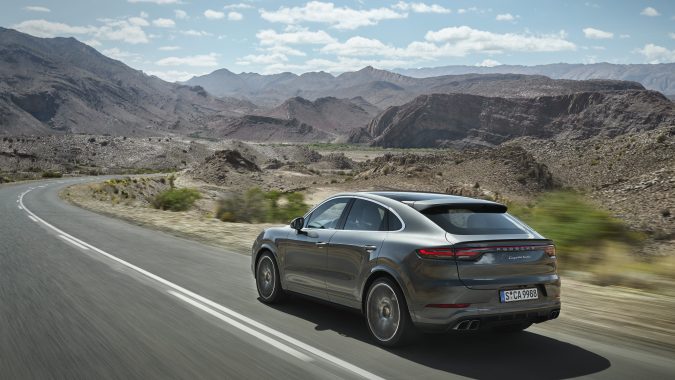 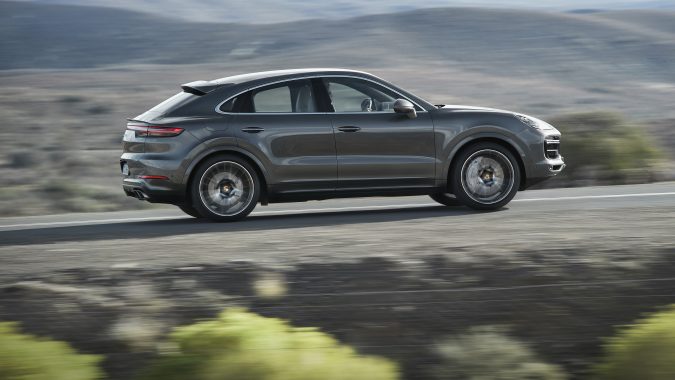 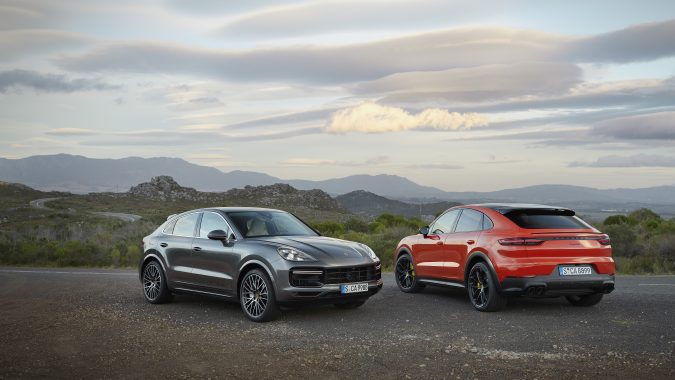