1970 Porsche 914-6 was the progenitor of all mid-engined street legal Porsche sportscars that have come since.

STUTTGART, Germany: Just how far the automotive industry has come in 50 years was brought home to me after an ultra-rare drive behind the wheel of a 1970 Porsche 914-6 through the hills in and around Stuttgart, the creche of all things Porsche.

The reason for being there was 2019 marks the 50th anniversary of the model 914, the first-ever mid-engined model designed for the street.

It also marked the first time Porsche and Volkswagen collaborated on a car, even though both were the product of the fertile mind of Dr. Ferdinand Porsche.

After World War II, Volkswagen emerged from the rubble of a bombed-out factory which took up building the pre-war Beetle while the Porsche family turned to the Model 356, the progenitor of all Porsche sportscar models to come.

But by 1967-68 VW was looking to replace its Karmann Ghia two seater while Porsche wanted another, lower-cost model in addition to its standalone 911.

Although who came up with what is part of the murky past, the result was the mid-engined Model 914 first going on sale in 1969. 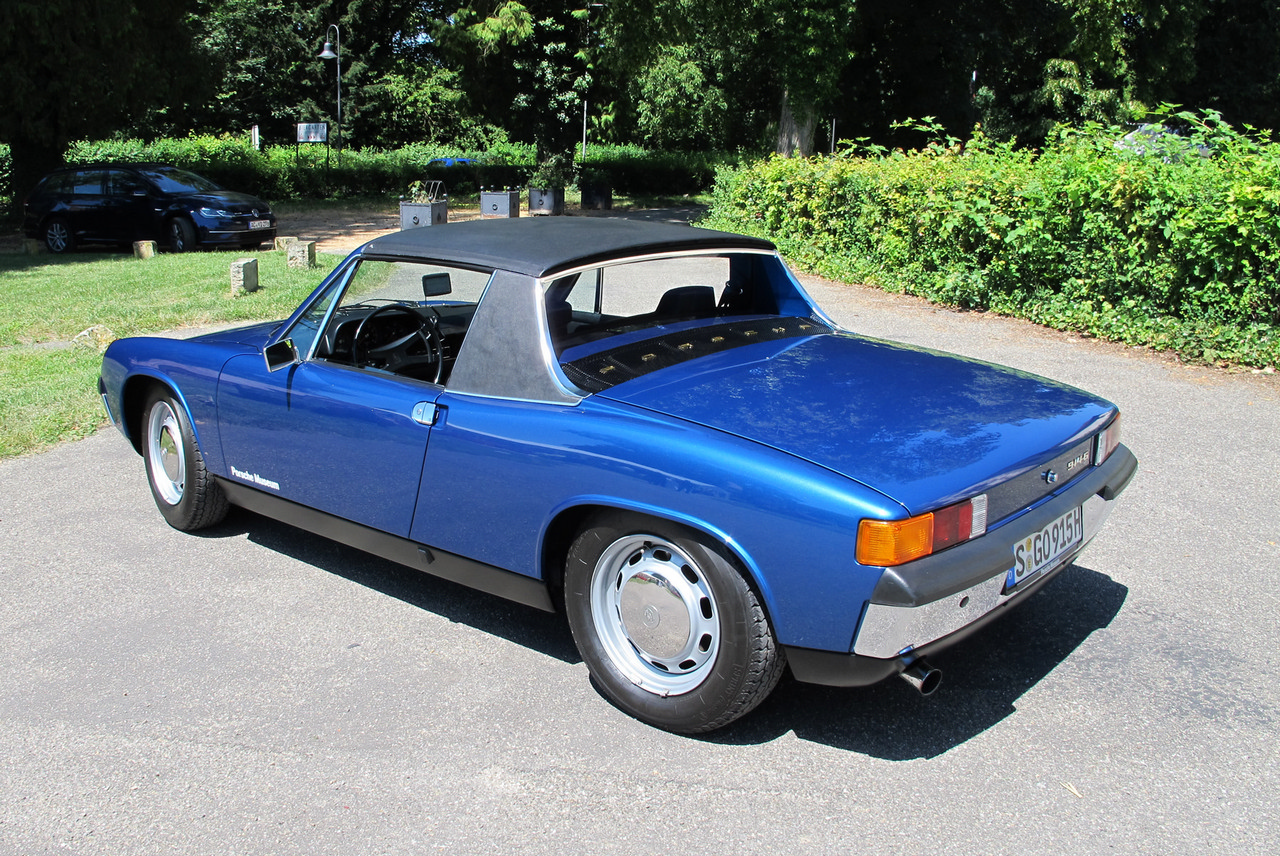 Confusing things further was the 914-4 was built on the VW Karmann line with a Type 4 VW 1.7-litre flat four-cylinder producing 79 hp sourced from the Microbus/Transporter with five-speed manual transmission.

The other was the 914-6 built at the Porsche factory with a 2.0-litre, flat six-cylinder engine from the 911, producing 109 hp with a standard five-speed manual or available four-speed Sportmatic automatic transmission.

Styling was what I would call odd for the time, when other sportscars of the day incorporated Italianate character lines.

With slab sides and a squared-off shape, a friend of mine back in the day said it resembled a box of Kleenex.

Another odd thing was the removable Targa top roof that could be stowed in the rear luggage compartment. The reason was U.S. safety regulations at that time required T-Roofs and Porsche was planning to sell the bulk of the 914s in the U.S., so they complied.

Walking up to the blue 914-6 described here, it looked tiny, but I remember the first ones I saw 50 years ago were quite wide and long, compared to a MGB or Bugeye Sprite. 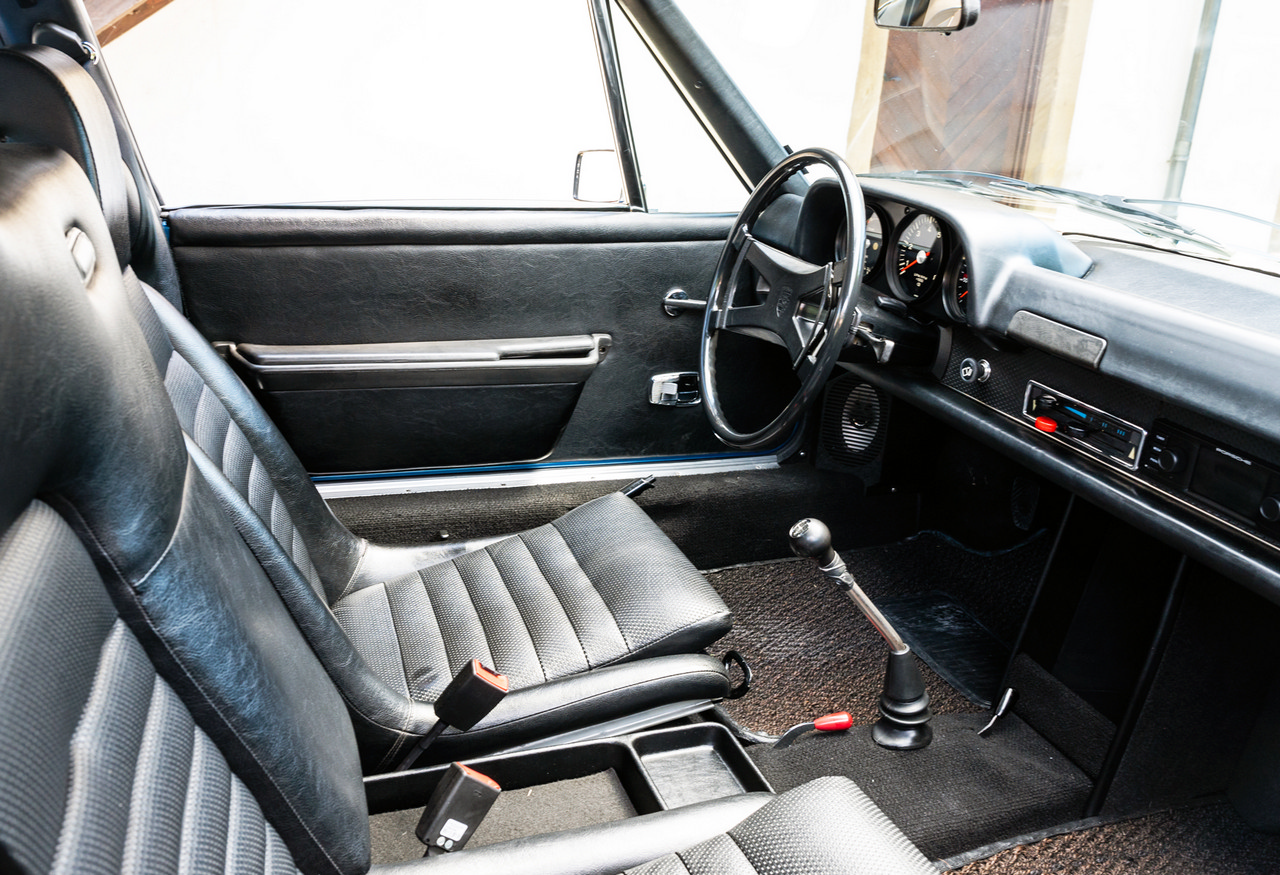 With willowy manual shift lever sprouting out of the flat floor, getting in was easy, even with roof in place.

With ignition key on the left in signature Porsche fashion, the engine didn’t snap into action, but turned a number of revolutions before catching with a bark then settling down to slow idle.

And then came the shifter, which with neither shift gate nor spring loaded pre-selectors, waved around like a reed in the wind with very long and vague throws that sometimes defied the synchromesh.

The result was crunching the gears or selecting the wrong gear altogether, which was no fun when trying enter the Autobahn or gearing down on the countless roundabouts.

Once I got the right gears sorted out, the 914-6 was enjoyable to drive and surprisingly easy to steer, as long as I didn’t push it.

The other issue was the brakes or lack of same. 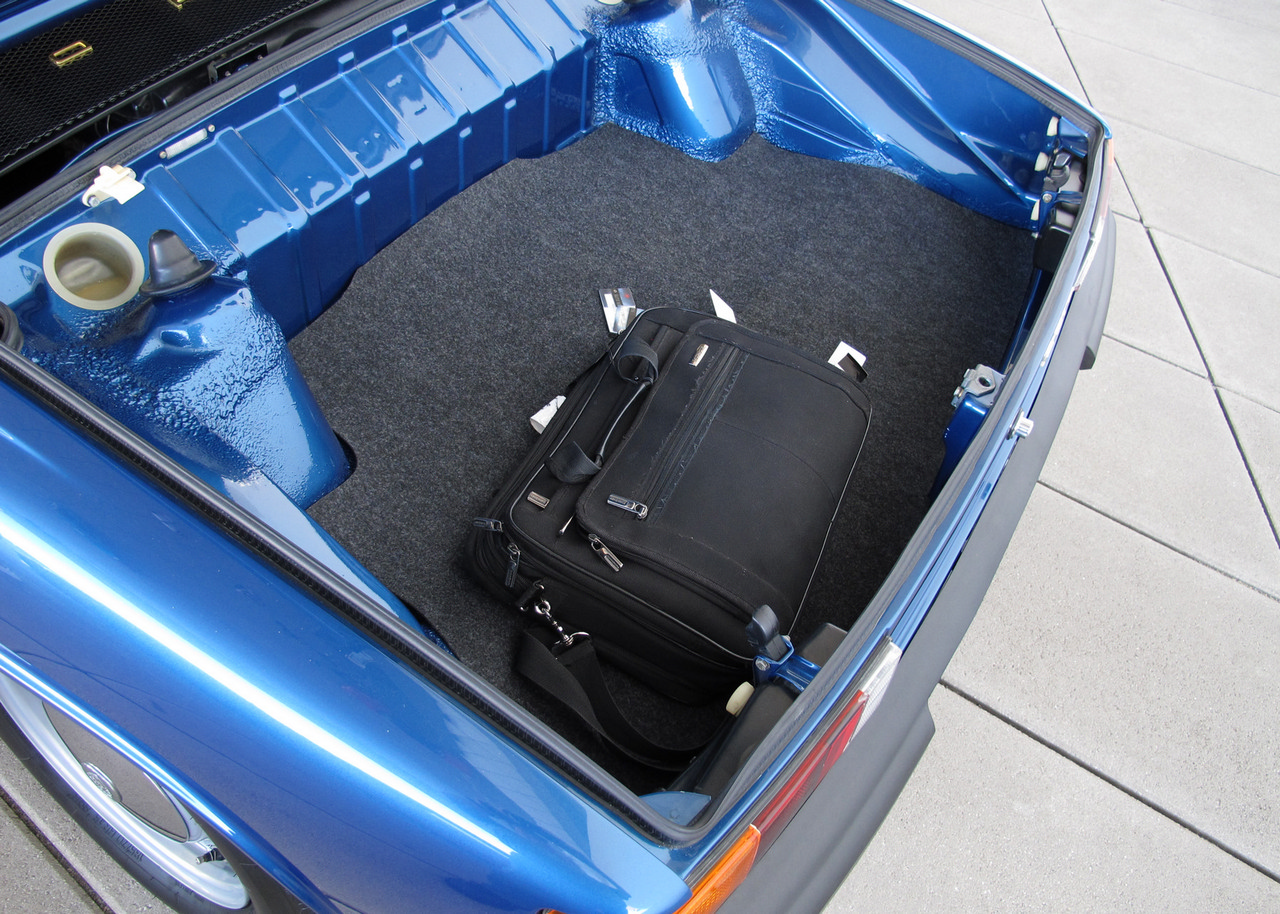 Although the 914 was one of the first cars to feature disc brakes on all four wheels, there was no power steering of the kind we know today, but a hydraulic/pneumatic system – meaning if you want to stop fast, you literally stood on the pedal.

So, why not fit the larger discs brakes from the 911, you may ask?

I was once told the reason was the 914 being lighter, it would out-brake the more expensive 911, which would not have gone over that well.

The steering wheel was hard, black plastic with a diameter thinner than a garden hose, so sweaty palms in a summer’s day sun was the reason the Targa top stayed in place.

The big problem was the accelerator placement – only about two inches to the right of the brake pedal to facilitate heel-and-toe driving that so in vogue back then.

It was too easy to press down with the right foot and hit both at the same time.

Ergo I took it slow, leaving lots of room from the car in front. Never being road titled, it was still considered “new” and worth about $100,000. 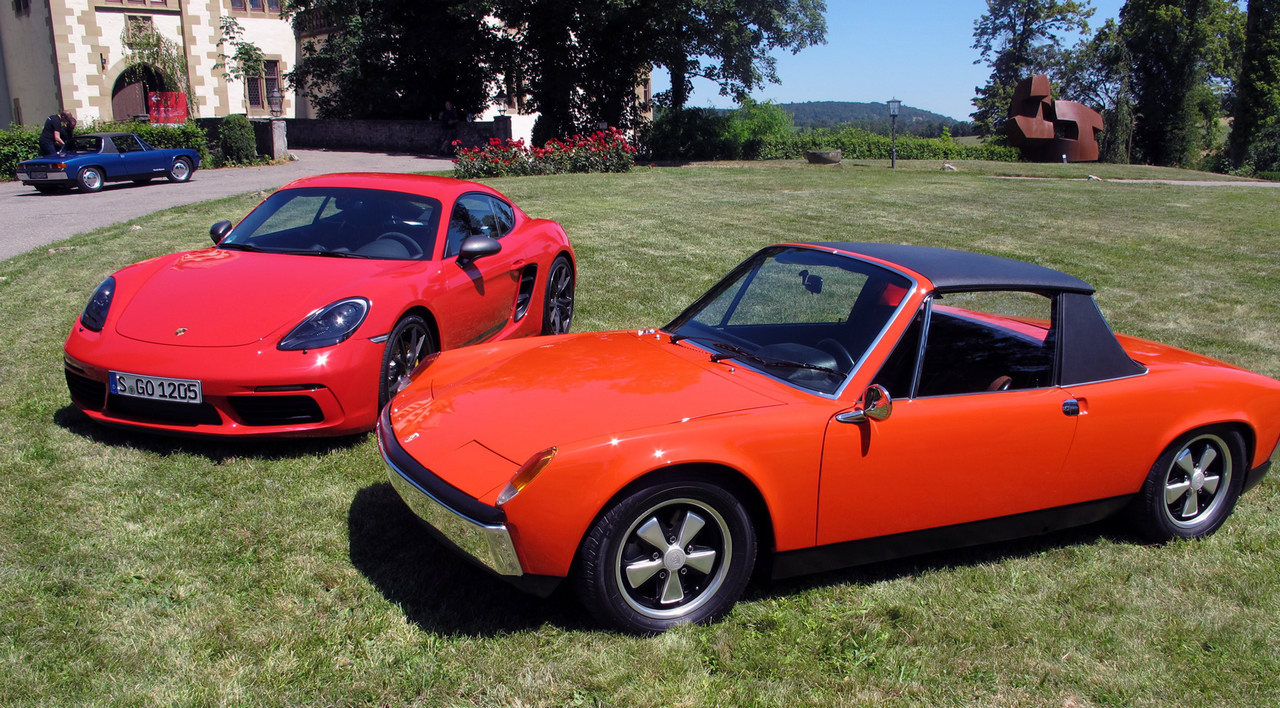 Yes, the 914-6 was great fun to drive. But the new 718 Boxster Spyder T, which I drove back to Stuttgart, physically showed the gulf between the then and now that is impossible to describe in words.

The 718 Boxster T and 718 Cayman T are going to be the entry-level sportscar models for the brand.

This mid-engine turbo four-cylinder was so quick and precise and truly exists thanks to the bloodline going all the way back to the 914.

I’ll be doing a first drive in the coming weeks when the embargo is lifted and I have specifications and pricing.

But looking back on my 914-6 drive, it was purely sensual and literally will only be experienced once in my long lifetime. 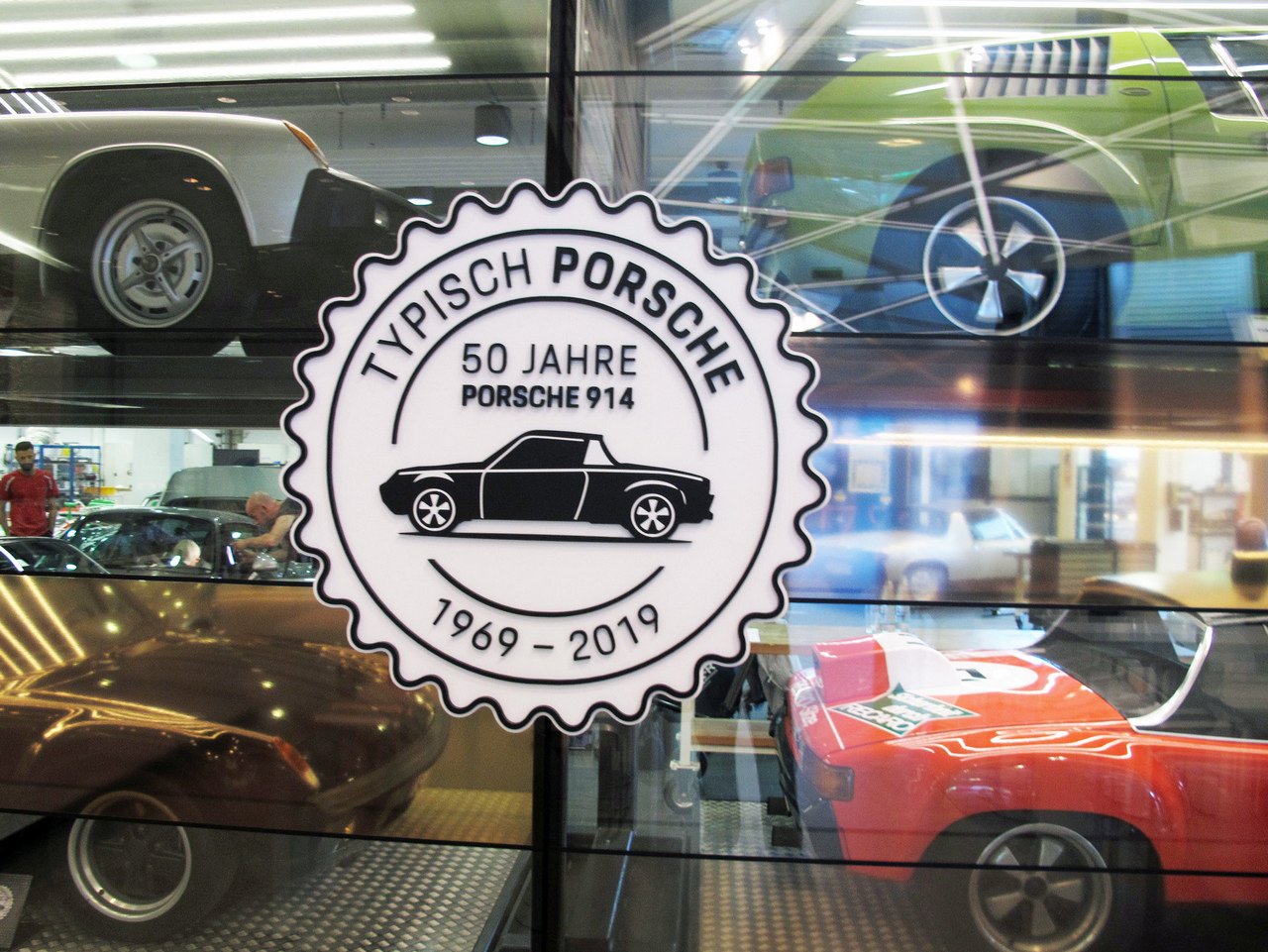