Named for an endurance racing class, the GT3s have become icons in their own right.

It’s been 20 years now since Porsche launched the first GT3 model of the 911. Named for an endurance racing class, the GT3s have become icons in their own right. So the automaker has given us a look at 20 years of GT3.

The first one arrived to the European market in 1999. With rally legend Walter Rohrl behind the wheel, the first GT3 lapped the Nurburgring in under eight minutes. One of the first production cars ever to hit that mark. The first one was based on the 996 version of the 911. It took on the RS lineage of lighter, faster, racing homologation specials that started with the 911 Carrera RS back in 1973. 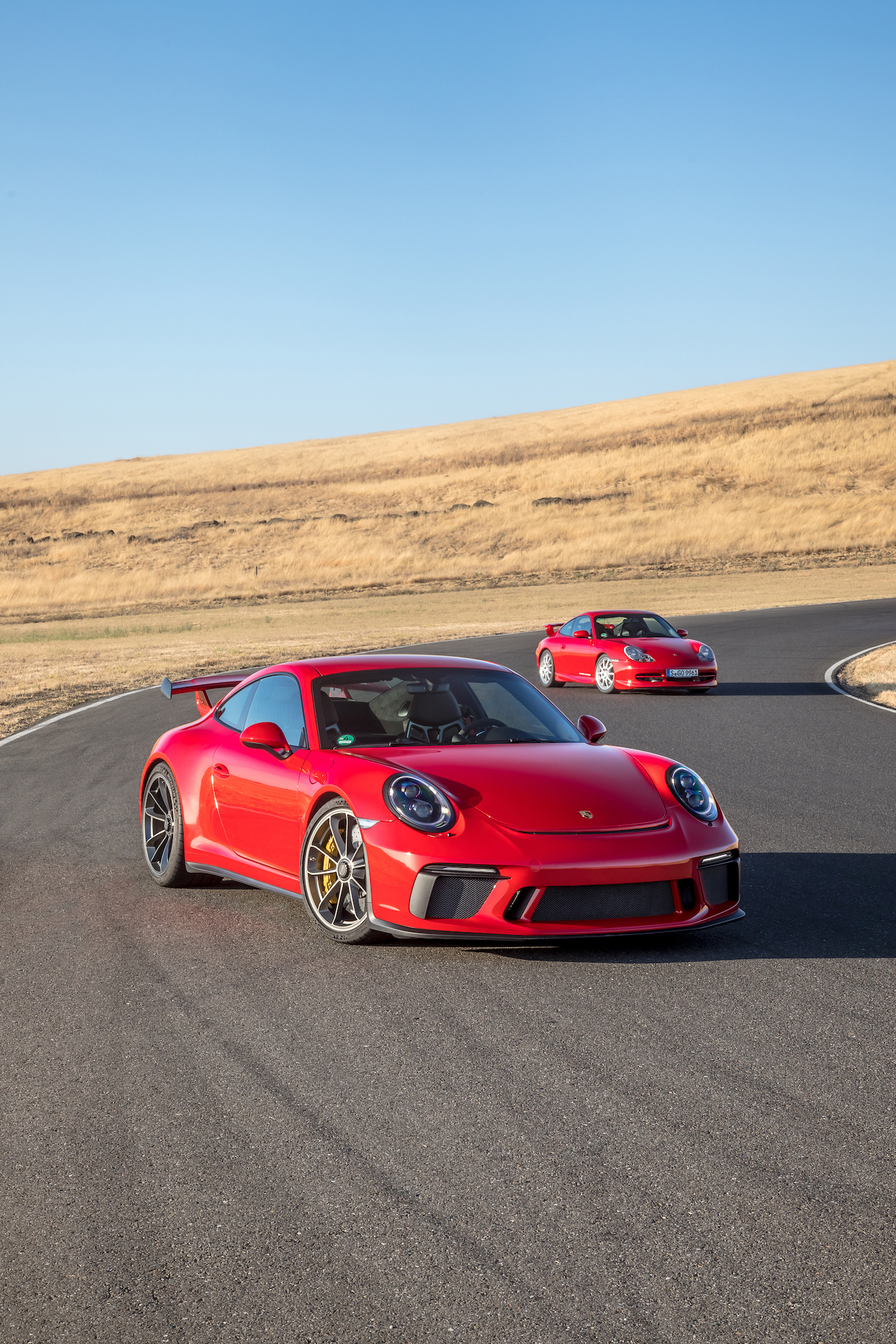 It used a naturally aspirated 3.6L flat-six, closer to Porsche’s race cars than the standard 911. It made 355 hp, a big jump over the 296 of the standard Carrera. The six could also rev to 7,800 rpm. It got bigger brakes, a 30mm lower suspension, new front fascia, and a fixed rear wing that worked to lower lift. A limited slip-diff was standard and weight savings like dropping he AC and rear seats took it to 1,350 kg.

Four years later, the upgraded version came to North America. Power climbed to 381 and the redline moved to 8,200. Both thanks to titanium connecting rods, variable cam timing, and lighter valves. 0-100 km/h was cut to 4.3 seconds. Even bigger brake rotors, up 20 mm to 350 in the front, along with six-piston callipers helped stopping. Carbon ceramic brakes hit the options list.

In 2006, a 997-based 911 GT3 arrived. The 3.6L flat-six now hit 415 hp and could rev to 8,400 rpm. A six-speed box was still the only option, but now it had shorter throws and shorter gears. The suspension gained more camber adjustment for track use, and Porsche Active Suspension Management adaptive damping became standard. 19-inch wheels hid the carbon-ceramic brakes. 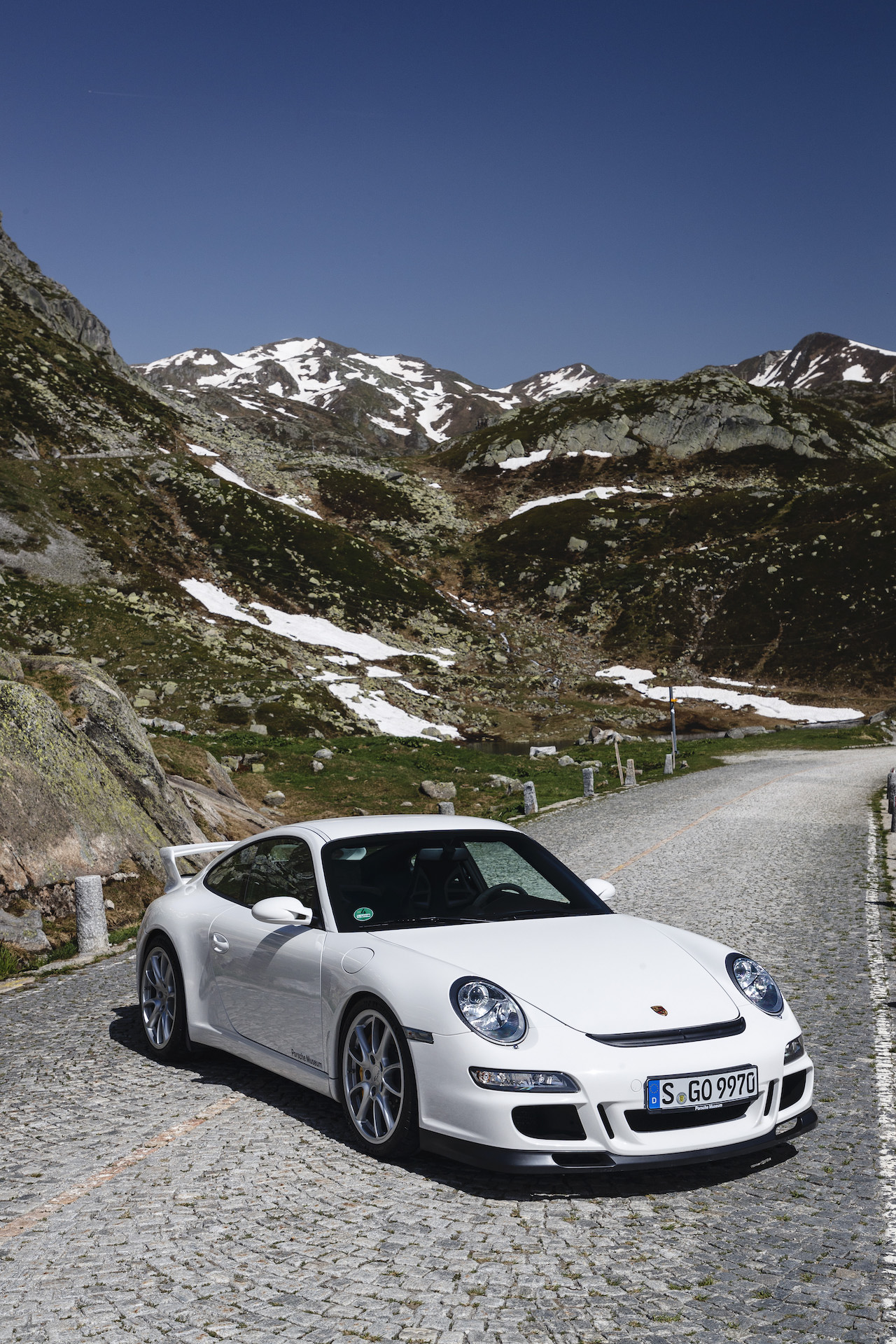 That was the first GT3 to get traction control. With a sport button to loosen the reins a touch. Aluminum doors helped keep weight just under 1,400 kg.

Versions of these cars continued to run in GT3-class sports car racing. After all, you can’t have a GT3 if you don’t race GT3, can you?

The 2010 GT3 got an update that punched out the engine to 3.8L. Power went up to 450 and the redline climbed to 8,500. Center-lock wheels joined the options list. A front-axle lift system did too, helping this low car clear track features like steep driveways and speed bumps. The car could now lap the ring in 7 minutes 40. 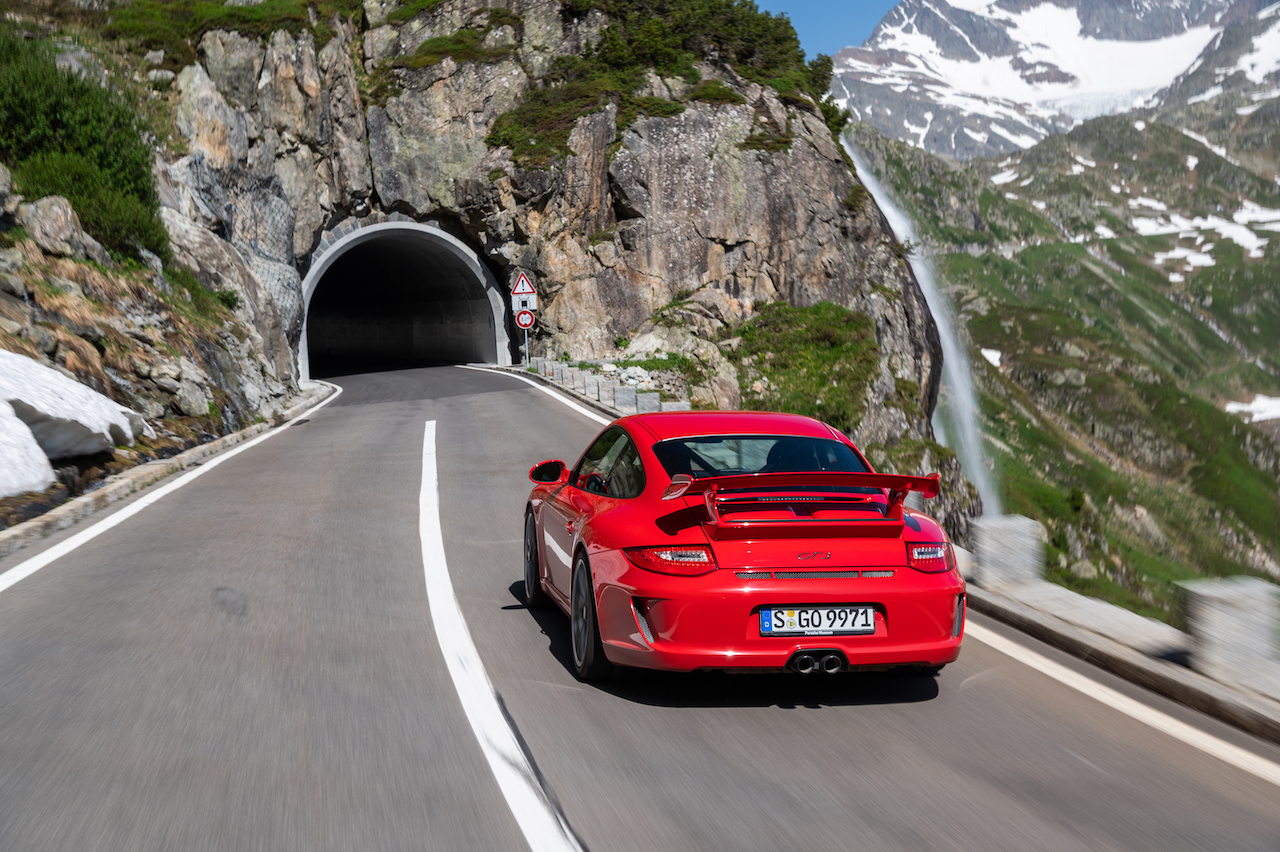 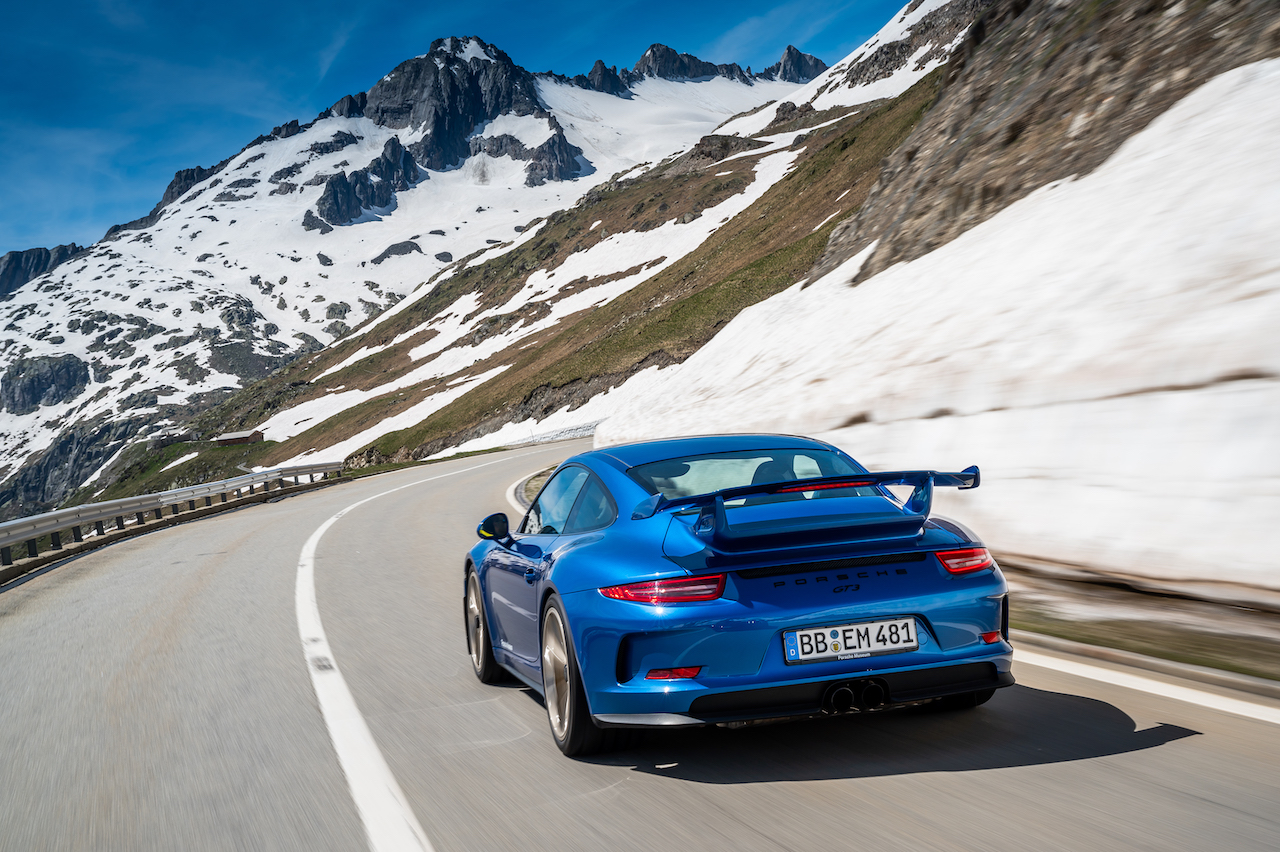 Today, the GT3 can lap the ‘Ring in 7:12. With a 4.0L, 500 hp six. More downforce, lighter materials, and the manual box is back. As an option. It remains the ultimate in naturally-aspirated 911 performance, the job it shouldered in 1999. 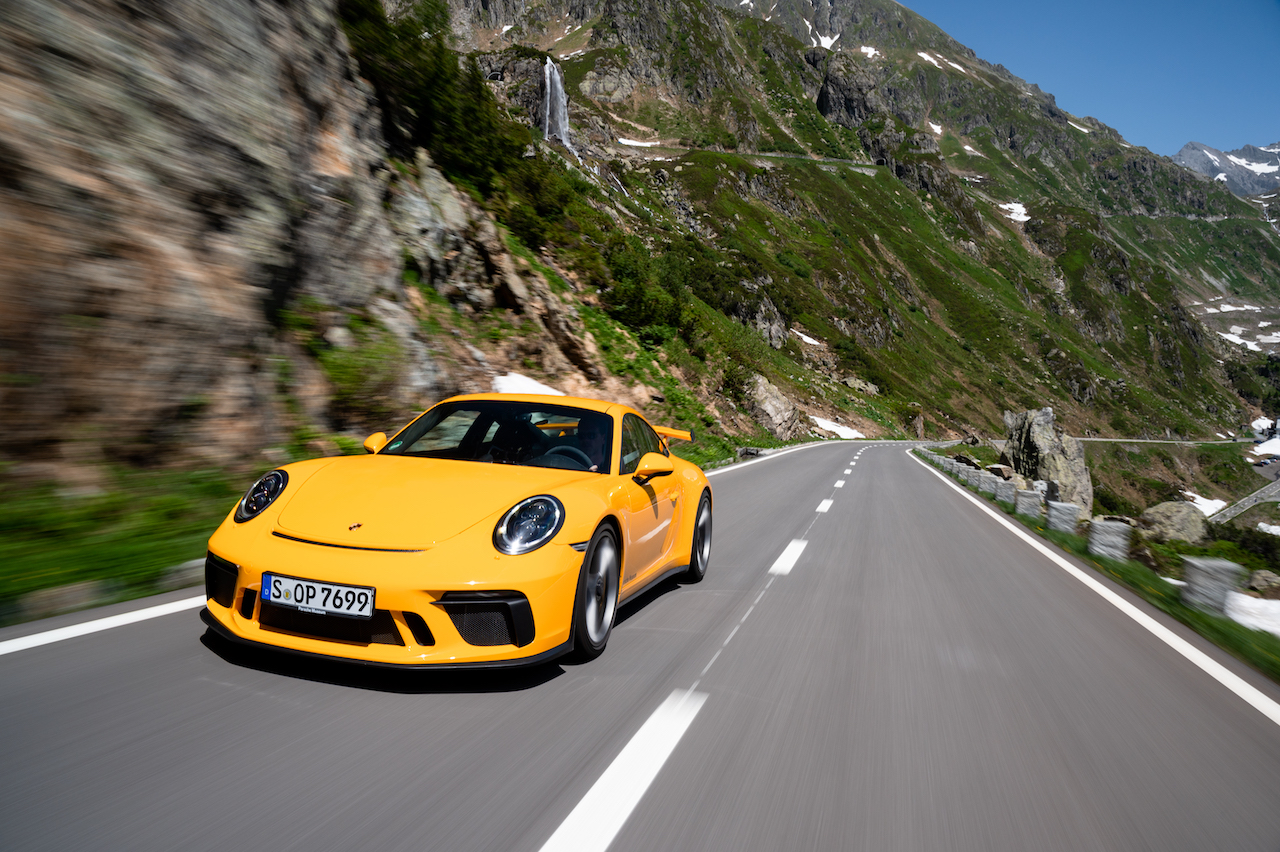 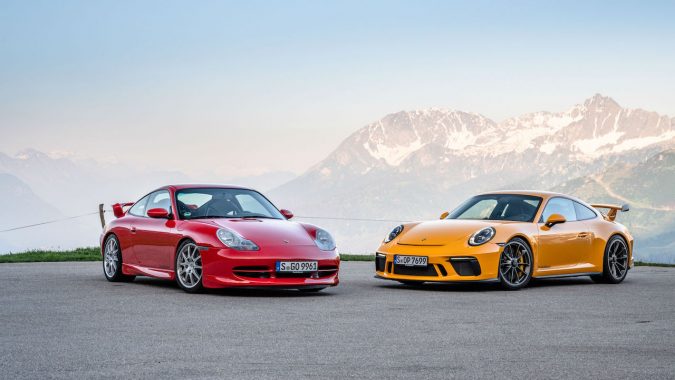 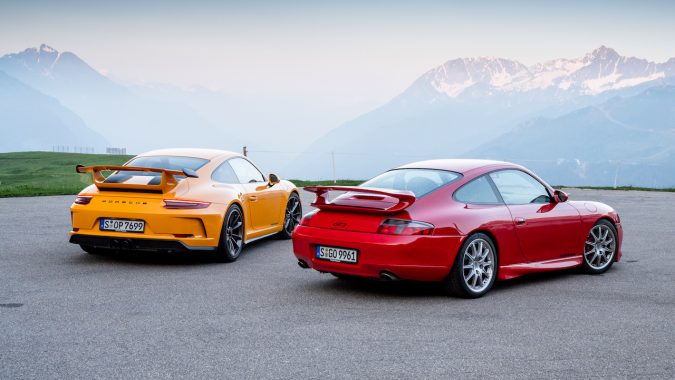 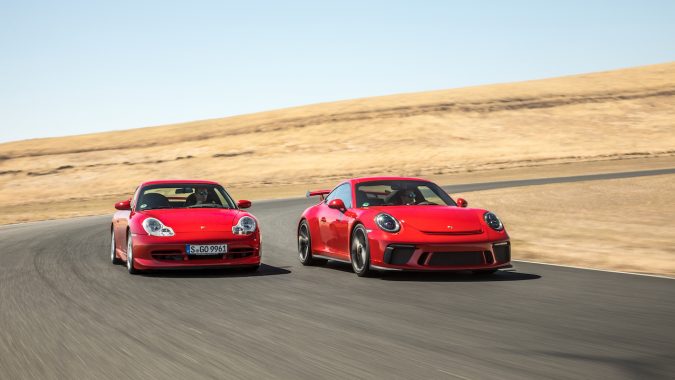 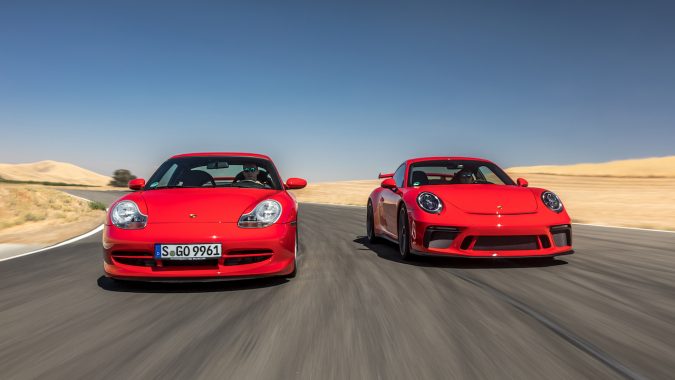 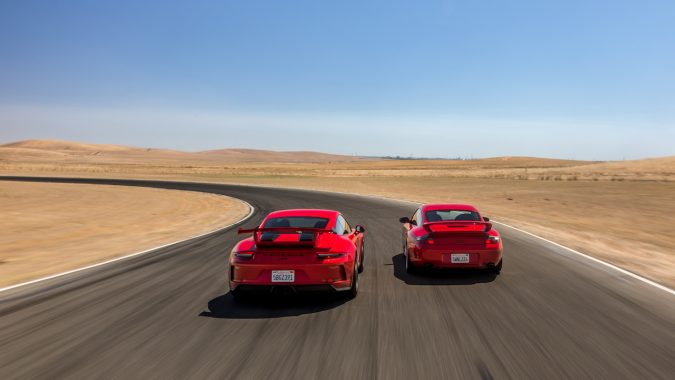 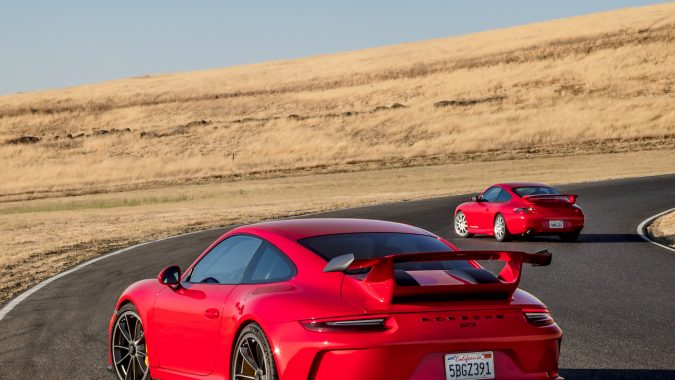 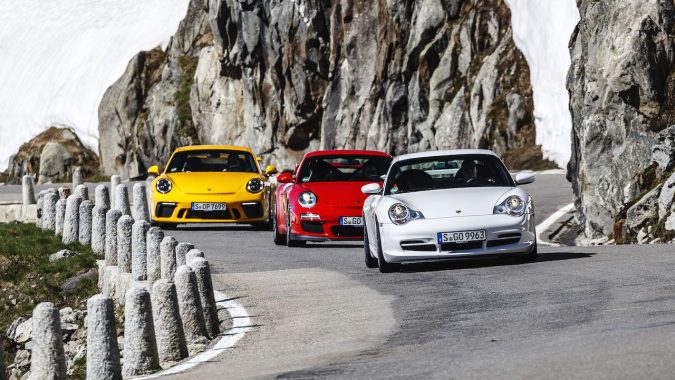 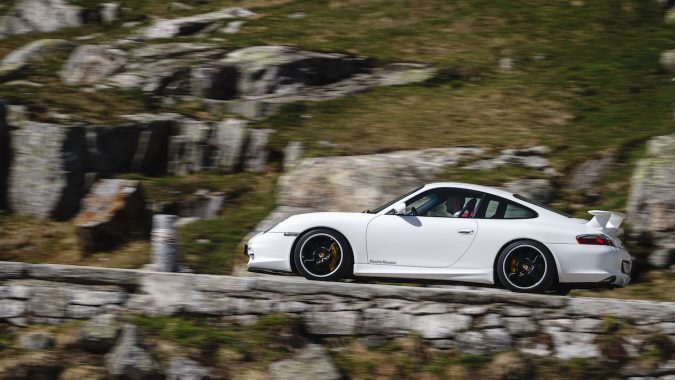 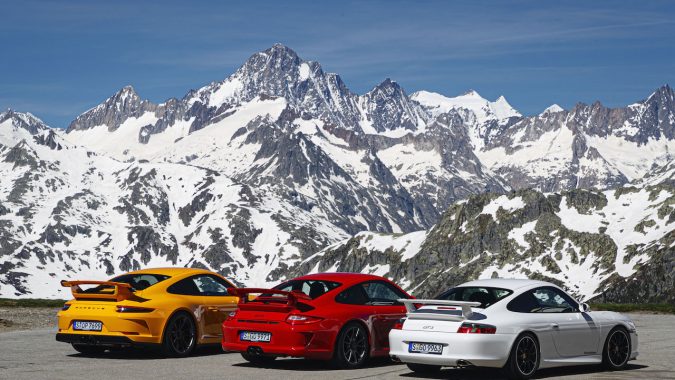 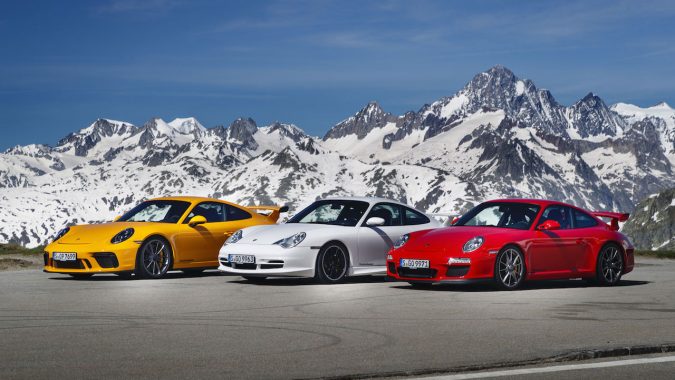 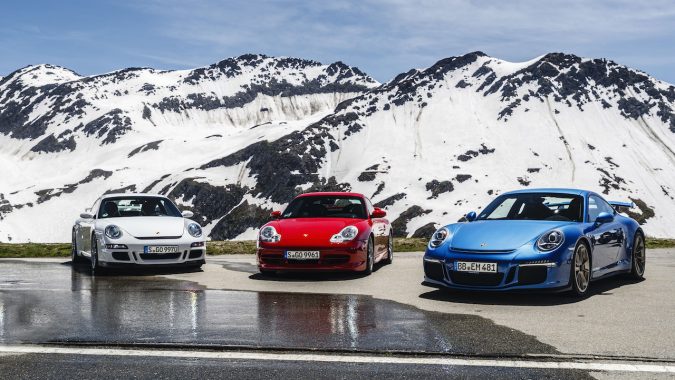 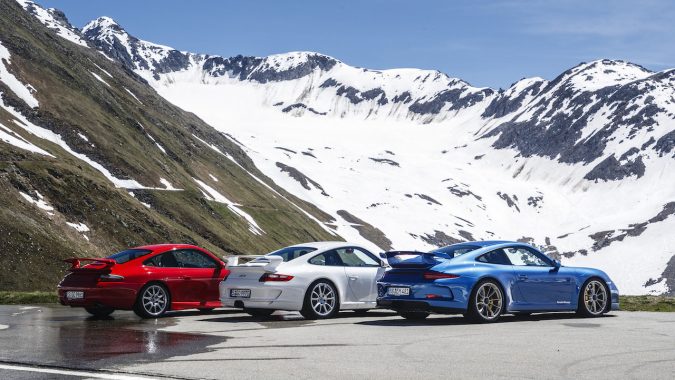 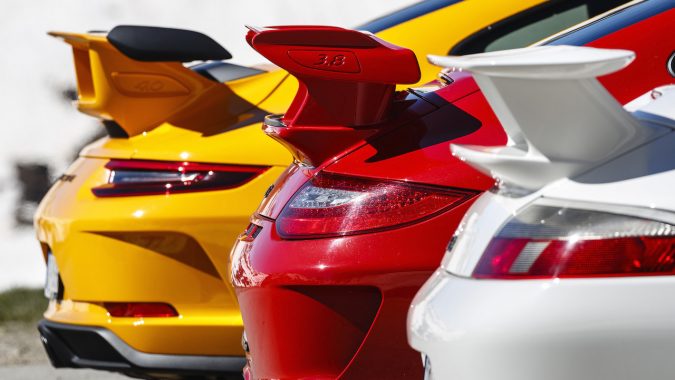 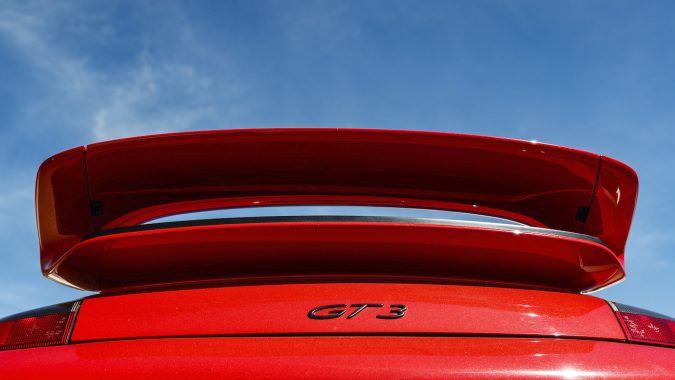 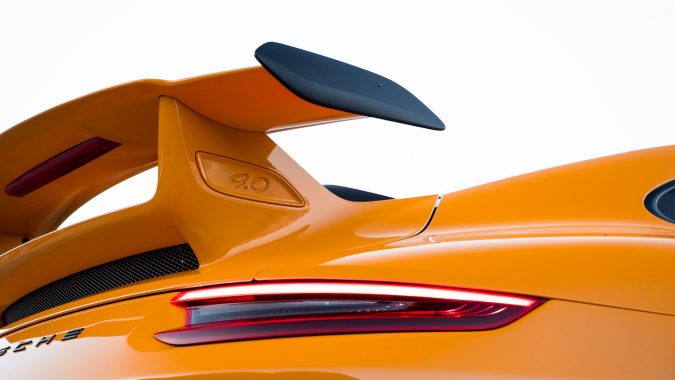