The iconic and savory Porsche 911 now comes in 21 delicious flavours, one for every taste.

DETROIT — Remove some of the spokes, twist a vent, add a fin, top up the horsepower and you can take the wraps off the new 2017 911 Porsche Turbo and Turbo S.

Unveiled at the Detroit auto show, the 911 Turbos still show their formidable swagger. Year after year, only the most surgical tinkering can alter the basic sea creature shape of the 911’s for the better.

The front end gets new treatment that makes it look wider with changes to the LED lights and an extra fin in the front air intake. The 911 Turbo wheels now match the Turbo S wheels with an extra half-inch of width. At the back, there are changes to the rear lights exhaust system and rear lid grille. 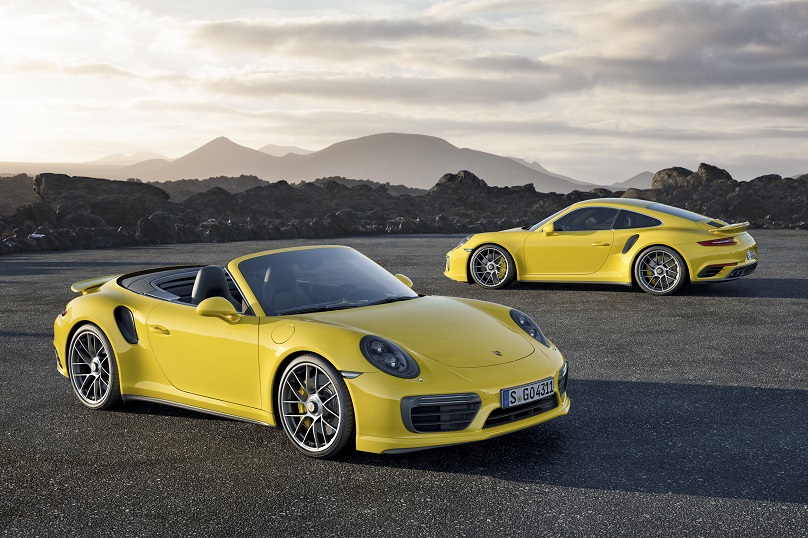 In the horsepower department, the trend is unbound by 20 horsepower for each model. The 3.8-litre, six-cylinder in the 911 Turbo now puts out 540 hp. The Turbo S is up to 580 hp, thanks to new turbochargers with larger compressors. Sprinting to 100 km/h is achieved in the Turbo S in a brain-swelling 2.9 seconds and 3.0 seconds in the 911 Turbo. Even still, gas consumption is improved by 0.6 litres per 100 kilometres, according to Porsche, by using superior engine management.

Both vehicles will be available in coupe and convertible versions from the start and will come with the Sport Chrono Package as standard. Bundled in that package is the new Spot Response Button which summons up peak power for 20 seconds as often as needed.

After trotting out the shiny stats on the 911 Turbos (and even a base 911 has a turbo, though it’s not part of the “title”), Porsche moved on to talk up its commitment to plug-in hybrids and the future project — Mission E 600 hp electric sports car.

But in the here and now, one in every three Porsches sold in North America is a 911, and maybe that’s why there are 21 to choose from. A tinker’s delight. 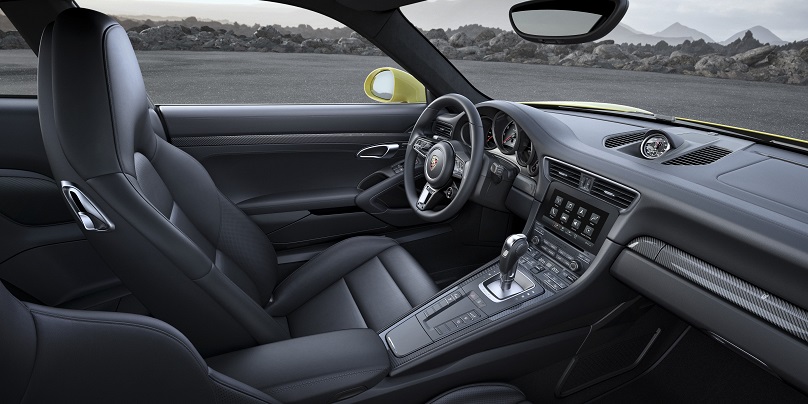 Freelance writer Kathy Renwald is a regular contributor to Toronto Star Wheels. To reach her, please email wheels@thestar.ca and put her name in the subject line.