Limited to just 2500 cars worldwide, this will be a rare Porsche.

Join the Conversation (0)
Anybody who’s a fan of Porsche in motorsport, or anyone who takes a passing interest in the epic off-road race that is the Paris-Dakar Rally will recognize the blue, white and gold livery of the off-road racing Porsche models. Both the 911 953 and the 959 made overall victories in the 1984 and 1986 tests, in one fell swoop showing that Porsche wasn’t just going to beat you on the tarmac at Le Mans, or Silverstone or Daytona but in the heart of the Saharan desert as well.

Today, with Porsche on the verge of starting celebrations for the 911’s 60th anniversary, they are once again setting out to show just how far they can push the 911 package with the 2023 Porsche 911 Dakar.

“A few months ago, we released the GT3 RS, which is the track car,” said Frank Moser, Vice President of the 911 and 718 model lines. “Now we can show what’s possible with the 911, even in the desert and off-road.” 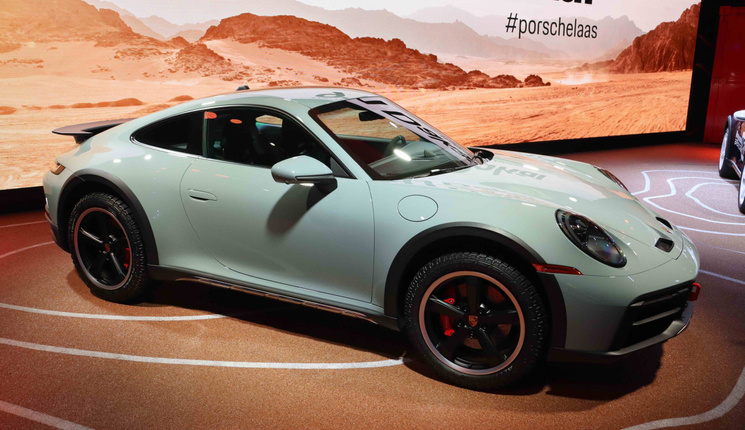 At its heart, the 2023 911 Dakar’s closest relative in the 911 line-up is the Carrera 4 GTS, with which it shares a 3.0-litre bi-turbo flat-six good for 473 horsepower and 420 pound-feet of torque, sent – and this should come as no surprise – to all four wheels via an eight-speed PDK dual-clutch transmission.

Why the GTS model?

“We thought in all directions,” said Achim Lamparter, chassis manager for the 911 and 718. “We thought about the (naturally aspirated) GT3 engine, for example. For off-road, you need more torque and we have the benefit of (the GTS’) turbo engine – so we had to switch.”

There is no manual option; it’s not that it couldn’t be done, it’s just that according to Lamparter, enough re-jigging would have to be done in order to make it all work and the costs of that were prohibitive for a car with a limited run of 2,500 examples across both the 2023 and 2024 model years.

The powertrain is really where the main similarities end, however, as the body and chassis have undertaken an extensive overhaul to provide the Dakar the ability not just to survive those harsh environments, but to thrive and conquer them. 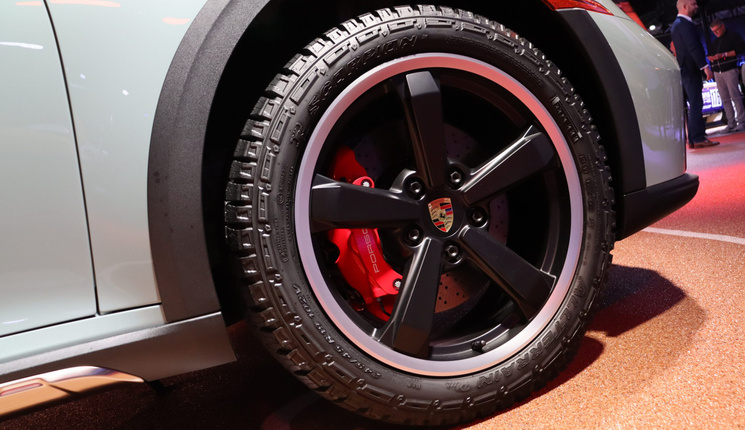 The most obvious change is the ride height. It’s up 50 millimetres over a Carrera C4, and can raise an additional 30 mm when in Off-road mode. The lift system makes use of longer dampers and has been fitted to both the front and rear axles, as opposed to other 911 models which just get the front lift. In addition to that, there’s re-tuned spring rates to help soften the blow but provide good handling over rough terrain; in case you’re wondering how serious the Dakar is about blasting through sand dunes, it can maintain the “high level” setting at speeds of up to 170 km/h.

To keep everything in check in terms of where the rubber meets the road – or, more appropriately the sand or gravel – Porsche turned to Pirelli to develop bespoke Scorpion All Terrain Plus tires with a 9 mm tread pattern to really munch through all that dirt. They measure 19 inches up front and 20” at the rear, which is down on the 20” and 21” tires found on the C4. The smaller wheels were required to provide the thick, tough sidewalls needed for the kinds of abuse Porsche expects the Dakar to undergo. The wheels themselves, meanwhile, are crafted from aluminum and have been styled to recall those found on the 953 car. The A/T tires come as standard, but summer performance and snow tires are also available. 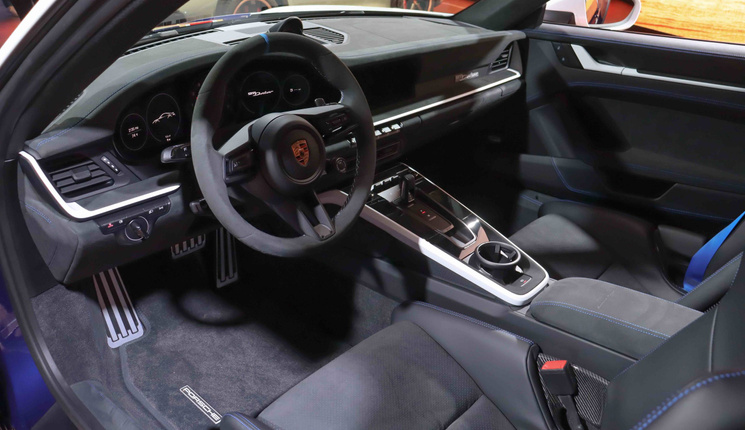 In addition to the higher ride height, the Dakar gets a stainless steel plate under the front and rear bumpers and along the wider sills to ensure any rocks kicked up won’t shred the paint too severely. The front bumpers, meanwhile, have been redesigned for less front overhang and better approach and departure angles.

While Off-road mode is on-hand to help progress over slower, rougher terrain, the all-new Rallye mode is tuned to allow for stable progress over fast gravel. It provides a more rear-biased power delivery and more wheel slip, so getting the back end out through your favourite back-road is made all that much easier. No matter the drive mode, meanwhile, standard all-wheel steering and Porsche Torque Vectoring Plus keeps you more stable still.

There are no back seats, which is the only way you can get the Dakar. The fitting of the adjustable-height rear suspension meant the back seats had to go, and for European-market cars there’s a roll cage option and that wouldn’t make much sense when paired with rear seats. Yes; the 911 is known traditionally as a 2 + 2, but being tuned for lightweight performance (there’s also a carbon fibre spoiler and frunk cover as well as lightweight glass) and dedicated to traversing rugged terrain as the Dakar is, back seats just weren’t in the cards. You can, however, opt for dealer-installed options such as a roof rack, jerry cans, supplementary light bars, and even a roof-mounted tent. 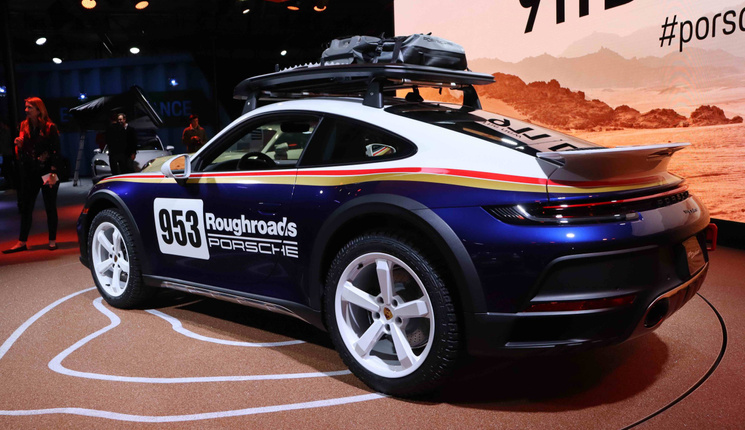 That, of course, is all somewhat secondary. From the bonkers ride height to the chunky tires, playfully-named drive modes (more standard fare like normal and sport is also here, but sport-plus and individual are no longer) and the option to spec a modern take on the classic Rothman’s tobacco livery (with “Roughroads” taking the place of “Rothman’s” which is…quirky), this is a special 911. Porsche will say that the recently revealed GT3 RS is still the “halo” or “flagship” 911, but that’s not limited like the Dakar is. With a $247,200 price tag, meanwhile, the Dakar is priced like the rarity that it is and will likely be a sought-after special edition of the 911, right up there with the likes of the 964 RS America, the 993 GT2 and the 996 GT3 RS. Which, by the way, saw its Nurburgring Nordschleife lap time equalled by a Dakar.