Polestar Precept Concept Gets Its Reveal, Just a Little Late

It's a look at where Polestar is headed as far as styling, sustainability, and user interface.

The latest concept from electrified sports brand Polestar was supposed to debut at the Geneva auto show earlier this year. But then everything went sideways, so details for the electric Precept went back into the safe for a few more weeks. Now, Polestar is ready to show off those details, more photos, and a walkaround of the model’s design language.

“People ask me all the time, ‘what is the future of Polestar?’,” says Polestar CEO Thomas Ingenlath. “Of course we are not showing our future models just yet, but Precept shows you where we will be heading – our design direction, our ambitions about sustainability and the great digital user experience we will bring with those future cars. Precept showcases our future, not as a fancy dream or something out of a sci-fi movie. This is our reality, to come.”

Polestar calls the styling language as “characterized by restrained yet powerful surfacing and aerodynamic efficiency.”

The narrow, wrap-around rear lights are a signature of Polestar, one that’s closely shared by some of Volvo’s latest. The rear glass isn’t needed for visibility thanks to a rear-view camera mirror so Polestar was able to extend the panoramic roof to increase light inside and headroom. 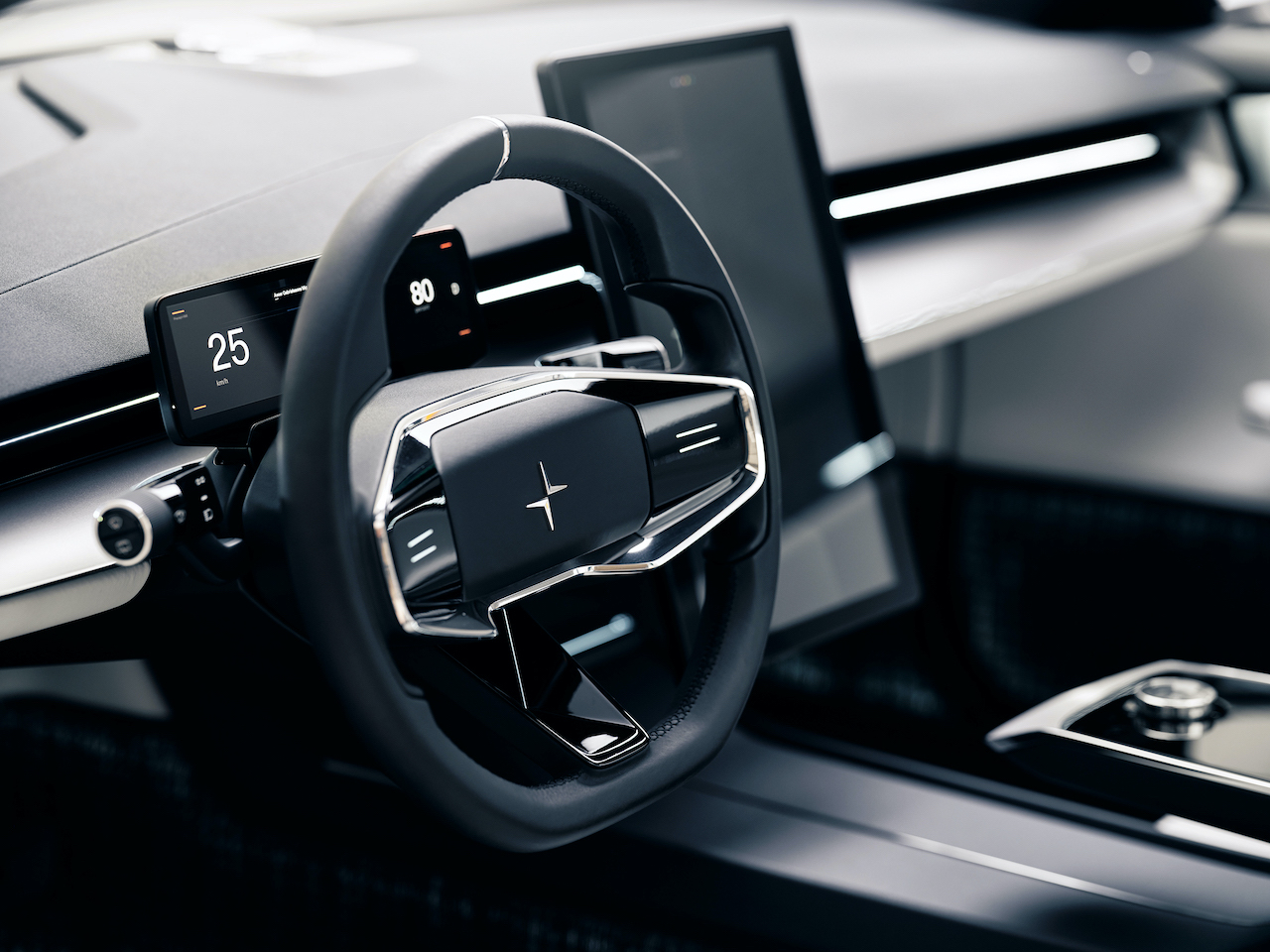 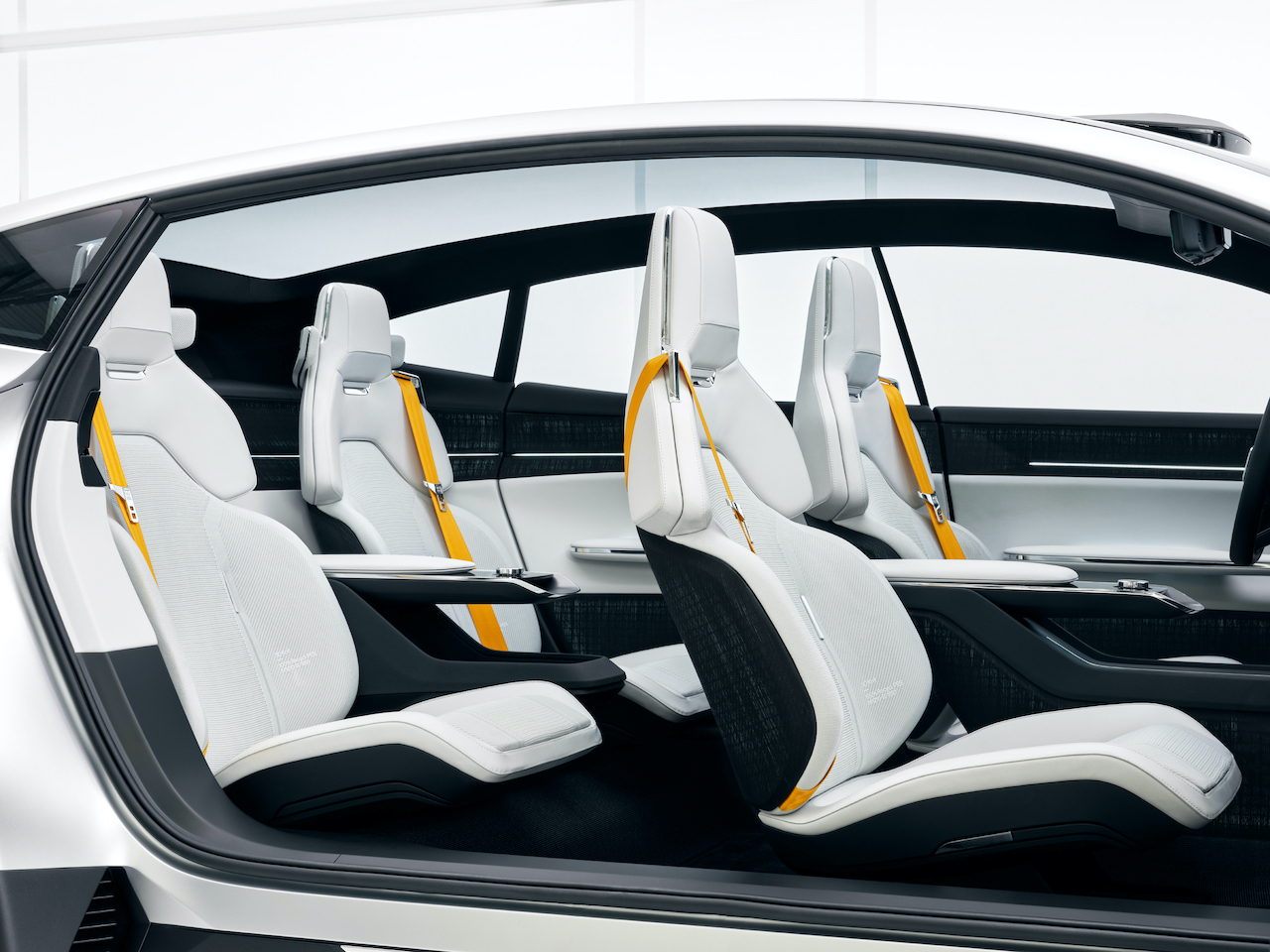 In place of a conventional grille, the thin nose element is loaded with sensors and tech for the autonomous driving assistance features. Split headlights mimic Volvo’s Thor’s Hammer headlights, and Ingenlath calls them an evolution of the existing cars’ lights. Look closely at the nose, and you’ll see an extractor vent, much like a vintage Ford GT40. Here, it’s a wing to improve flow over the nose and increase range.

We don’t have dimensions for the new car, but it looks massive. We’re not sure how tall Ingenlath is, but standing next to an S90, the base of the windshield is below his waist and the roof is just above the elbow. Next to the Precept, the hoodline comes to his belt, and the roof is nearly at his shoulder. Though they call it a low, sporty car, so we’ll have to wait and see.

Coach-opening doors show off a roomy interior that’s full of sustainable materials including a vegan interior option. Polestar has partnered with supplier Bcomp to make flax-based composites to replace virgin plastics while reducing weight. Seat covers are 3D-knit from recycled pop bottles, produced from a single thread made exactly to size. Carpets come from recovered fishing nets, and waste from the wine industry is used for the seat bolsters.

The new Android-based infotainment system recognizes the driver and uses a 15-inch digital display. New Google Assistant features recognize more languages and dialects, and sensors track your hands to allow gesture controls and light-up the screens based on where you’re reaching.

This isn’t the company’s next car, but it’s a look at where Polestar is headed as far as styling, sustainability, and user interface. “Precept is a declaration, a manifesto, it shows our future ahead. Not as a fancy dream…that is reality to come,” said Ingenlath. 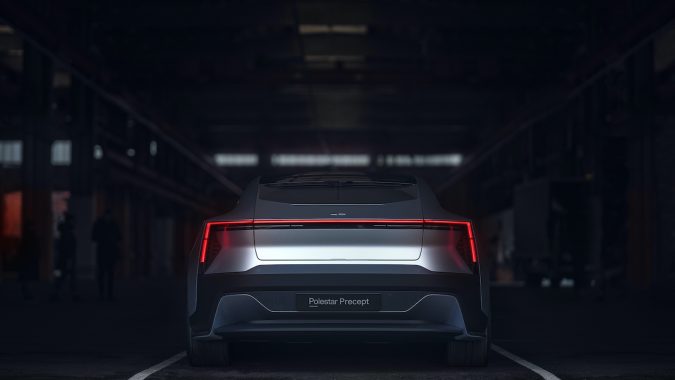 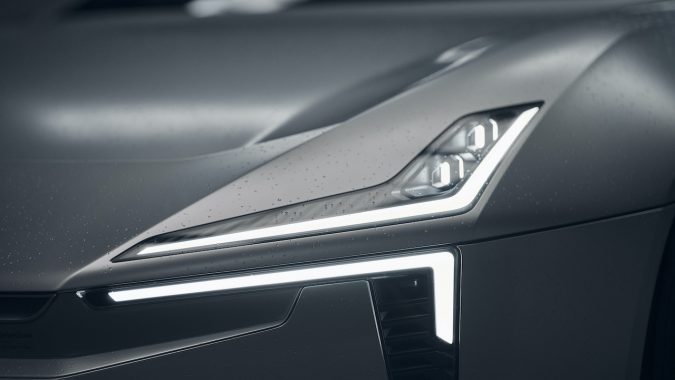 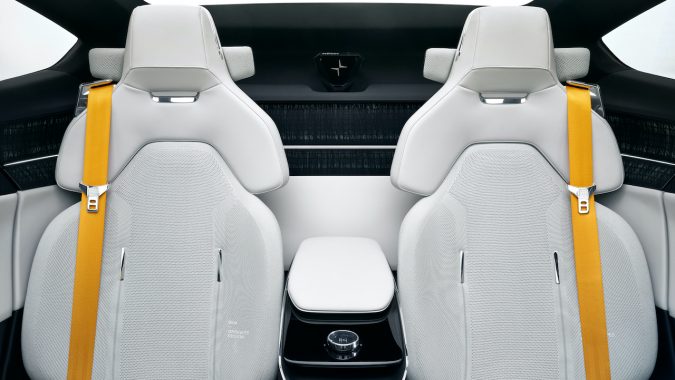