The Playboy that Inspired Playboy

A Packard dealer, a mechanic, and a Pontiac engineer walk into a bar. What do you get? The Playboy Automobile Company.

In 1946, Buffalo Packard dealer Louis Horowitz, service station owner Norman Richardson and Pontiac engineer Charles Thomas came up with the idea to build their own car. And before you ask, this was well before a certain Mr Hefner came up with the magazine that would bear the same name. In fact, rumour has it that a friend of Hef’s whose mother worked for the automobile company is the one who suggested he borrow the name.

The trio wanted to make a car that would fill the gap left long ago when the Ford Model T went the way of the horse and buggy. The domestic automakers were great at building big cars, but the Playboy three wanted to fill the gap at the low end of the market. Sort of like an American version of the Volkswagen Beetle, before the Beetle made it big on this side of the pond.

They built a prototype in 1946. Rear-engined and unconventional, at least it was a convertible. That sat three.

For 1947, they were able to put together a model ready for mass production. The engine was moved up front, and provided by aircraft engine maker Continental. The top was now a manually operated retractable hardtop, quite fancy for the time.

97 of those were built and were shipped around the country to try and raise enough cash to enter real production. But as you’ve probably guessed, they weren’t able to raise the cash. The fallout from the Tucker stock manipulation scandal had made it a very difficult time to raise funds to build cars.

Of the 97, it’s estimated that just 51 remain. Only about a dozen of those are roadworthy, with as little as five having the windshield-mounted spotlights of this car.

This Playboy is a 1948 and has been in the same collection since the 1960s. It was restored and resprayed in this lovely period colour around 2010.

Under the hood of this car is a 40 hp Continental four-cylinder, accompanied by a three-speed manual transmission. Acceleration is as leisurely as you’d expect, though the small size and light weight help mitigate that. Maybe.

The car is number 89 out of the 97 made. It looks spotless inside and out, with a brown interior that looks surprisingly comfortable. A look at the odometer shows just 49 miles since new, and it’s not likely that this one has rolled over.

Let’s face it, there’s no way that this is a car you were looking for. But it’s one with a strange appeal once you’ve found it. This one is coming up for auction at RM Sotheby’s Hershey event in mid-October. Just don’t expect to see any bunnies. 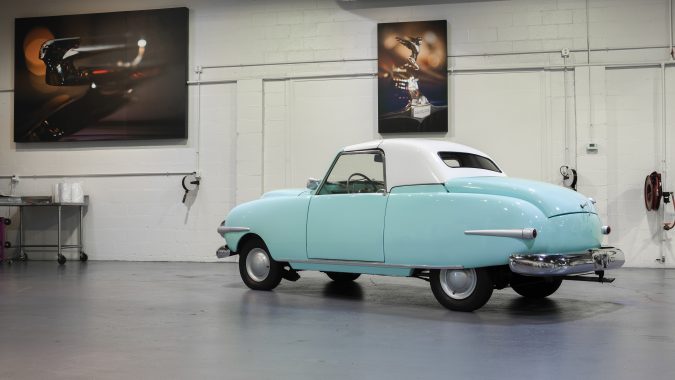 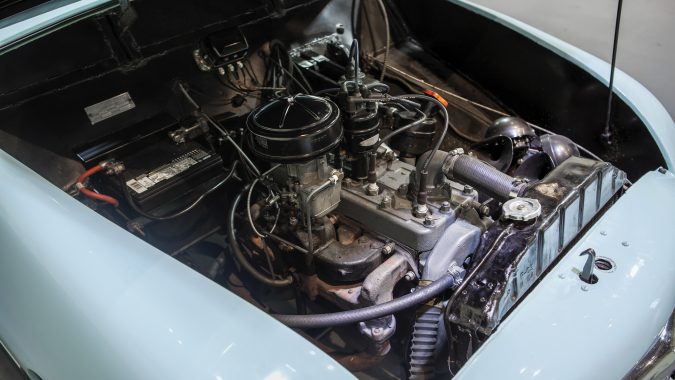 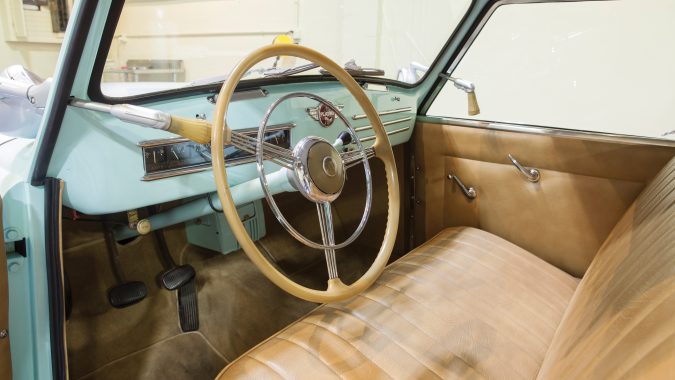 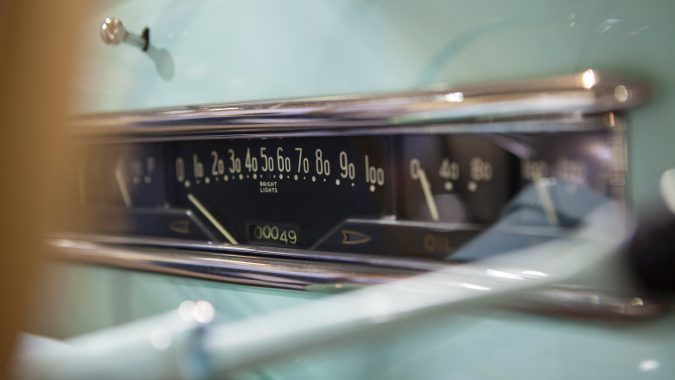 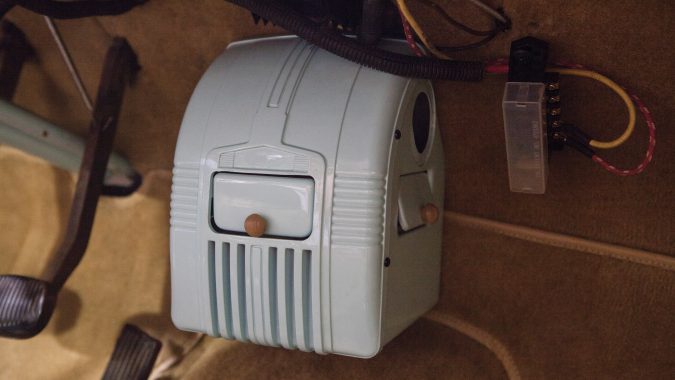 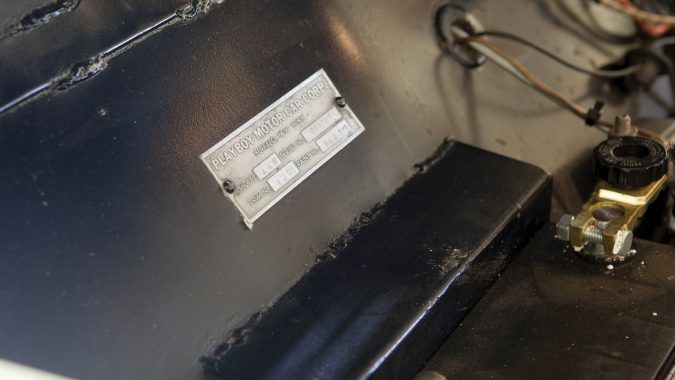