Links driver needs to connected vehicles, as cars are now as much about the technology as they are about the driving experience.

Cars are now as much about the technology as they are about the driving experience, and it’s essential that they be equipped with connectivity features that buyers want. At General Motors of Canada, technology planning manager Gita Ravindran makes sure they are.

What does that involve?

I focus on connected vehicle technology, like phone integration, navigation, and mobile apps. I make sure they’re appropriate for customers and for Canadian requirements, and I help launch them in the marketplace.

You have a degree in aerospace engineering. How did that come about?

My dad is an aerospace engineer, so there’s some influence there. When I was 12 or 13 (years old), I joined the Air Cadets because I was interested in airplanes, and got a pilot’s licence when I was 16. I wanted to design airplanes so I enrolled at Carleton University. My first job was at MDA Robotics where I worked on the ExoMars rover, which is scheduled for launch in 2018. I started working on the early studies around 2003. The timelines for aerospace projects are quite long. 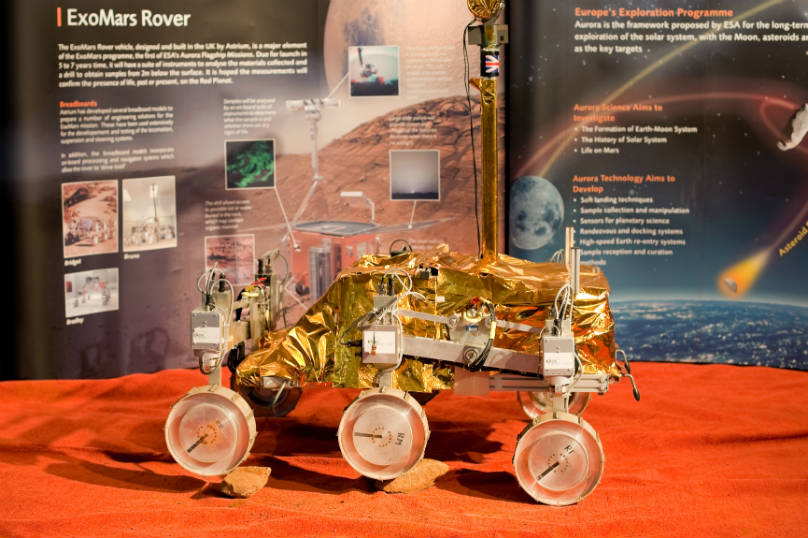 So that’s why you turned to cars?

The auto industry is evolving so quickly, and it’s becoming more technology-intense. The design time for vehicles used to be five to seven years, but it’s getting shorter. I thought it would be an interesting industry. I moved to GM and saw a posting for an energy systems engineer working on batteries for electric vehicles. The skills they were looking for were in line with experience I had with power systems on the (Mars) rover. I was in the energy systems group for three years, transitioned into sensor systems on automatic braking, and then I was offered this position.

You’ve covered a lot of ground …

There are so many overlapping skill sets in different industries, so it’s not as difficult to make the transition as people think. They have to recognize what skills they have and how they’d apply them to other industries. The guts of a rover aren’t that different from the guts of a car. They have the same electrical and mechanical systems, and there’s a lot of commonality.

How do you launch new technologies?

A lot of it is how we’ll educate our customers and dealers, how we’ll advertise the technologies, and make sure there aren’t any roadblocks. It can be a challenge for infotainment with user interaction, because a lot of it comes from the United States, and Canada has more stringent privacy regulations. For example, Pandora Radio is available in our vehicles in the U.S. but not in Canada, due to licensing and distribution issues. If we have materials produced in the U.S., I have to ensure the information is accurate for Canadian customers, so they don’t come back and say ‘Why didn’t I get this thing?’

And you still keep your hand in other technologies?

I led the team on the secondary-use battery pack exhibit that we had at the Pan Am Games. We take retired Volt battery packs and put them together to make a giant pack that you can use to store energy. For real-world application, they could be used by utility companies in the energy distribution systems to keep the load stable and prevent blackouts. The batteries are no longer viable for vehicles but still have a lot of life left in them, so we’re looking at uses for them

ALSO READ: What’s Next? Top 10 Jobs of the Future

This interview has been edited for length and clarity.