Pinty's one of big changes to NASCAR Canada this year

From new sponsors to new drivers and some surprises from the veterans, the NASCAR Pinty's Series promises to be exciting in 2016

NASCAR in Canada is going to look very different this summer.

For starters, Canada’s only cross-country racing series has a different name, the NASCAR Pinty’s Series. The chicken product company (wings, cutlets) has stepped in to fill the void left when Canadian Tire withdrew last year.

There are new faces arriving, veterans who aren’t returning — at least, not yet — and great battles emerging as the series prepares to get its 2016 season under way next Friday when the Victoria Day Speedfest takes over Canadian Tire Motorsport Park.

The schedule will pretty much mirror previous years with one exception. The series will return to the Honda Indy Toronto as the Saturday headliner for the first time since 2011.

Two races at CTMP, a.k.a. Old Mosport, will bookend the summer on the Victoria Day and Labour Day long weekends, the latter in support of the NASCAR Camping World Truck Series race. 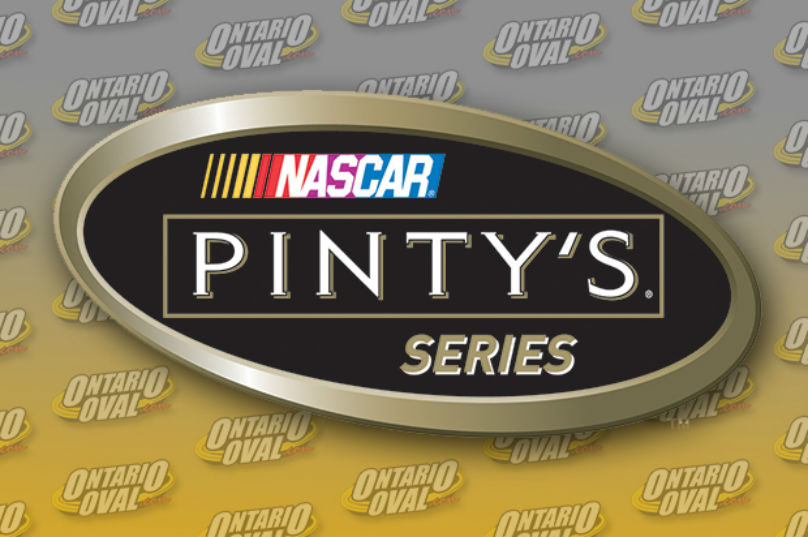 Along with the season finale at Kawartha Speedway on Sept. 17, a third Ontario event will take place at Sunset Speedway in Innisfil in mid-June.

Four races in Quebec, including the famed Grand Prix de Trois-Rivières, round out the schedule along with the traditional midsummer western swing to Edmonton and Saskatoon and a late August visit to Nova Scotia.

Pinty’s is already coming across as an excited and engaged title sponsor willing to help raise the profile of the series across the country.

“We’re thrilled to expand our support of NASCAR racing in Canada,” says Tony Spiteri, senior vice president of marketing, research & development for Pinty’s. “As part of our activation this summer, plan for us to surprise fans with some interesting people and maybe some cross-promotions leveraging brands like Mopar and others.”

This relative change in culture has already attracted the interest of several other Canadian companies.

RELATED: Racing Monday: How to get Kyle Busch to race in Canada

Bombardier subsidiary Can-Am will have its logo on the hood of young Quebec pilot Alex Labbe for the full season.

Halton Hills native and 2015 Jostens Rookie of the Year Gary Klutt will also run the full schedule with backing from Pioneer Family Pools.

And veteran racer Jean-François Dumoulin will contest half the season with support from Canadian automotive parts manufacturer Spectra Premium Industries. This partnership is unique, in that Spectra will use the challenging environment of motorsport to develop and test a new radiator.

However, the sponsorship story is not universally positive.

Several drivers are still struggling for financial support, chief among them being 2015 series champion Scott Steckly.

While his team will have three cars at the season opener at Mosport, Steckly finds himself sidelined after the withdrawal of long-time sponsor Canadian Tire.

“We’ve been searching for two years trying to get something together,” Steckly said in an interview. “It just makes no real business sense for me to be in the car at the first race when I don’t have the proper funding to do it.

“We’re hoping for an owner’s championship (with combined points in one car from different drivers). I might be in it (a car) for three or four ovals — who knows?”

Last year’s runner-up in points, Jason Hathaway, finds himself in a similar situation, though he plans to fight through it and enter the full season.

“We’re going to focus on running the whole year and hopefully somebody comes on board,” Hathaway said. “It sure is tough out there. It’s not easy to get money for motorsports in a stick-and-ball world.”

Cayden Lapcevich wowed the crowds in the six starts he made in 2015, but the youngster’s quest to fund this season has come up empty.

“We’re still looking,” he said. “We’re going to the opener for sure. The car’s just going to be white to try and make it stand out a little bit that we’re trying to look for sponsorship.”

This year, Newfoundland has its first-ever full-time competitor in the NASCAR Pinty’s Series.

ALSO: Weekend Racing: Where’s A.J. Foyt when you need him?

Josh Collins of Placentia, Nfld., has signed to run the entire season in CBRT’s No. 25 Ford while its previous driver, Joey McColm, steps into the role of general manager.

“Josh is young and full of energy,” McColm saied of his team’s newest addition. “His racing talent adds value to our organization, and his personality is what our partners want in a brand ambassador.”

The move will immediately drop Collins into the running for rookie of the year, which he will race for against Quebecois racer Kevin Lacroix.

With Steckly and several other competitive drivers running only partial seasons, the championship picture for 2016 isn’t crystal clear.

Perennial challengers Hathaway and Andrew Ranger are likely to be in the mix, and 2014 champion L.P. Dumoulin should work his way in as well. IndyCar star Alex Tagliani will be running most races, as well.

But don’t be surprised to see upstart campaigns from young guns like Klutt and Lacroix. Klutt won last year’s season opener at Mosport, and although Lacroix is technically a rookie, he scored two wins in the six races he entered last season.

For more information on the Victoria Day Speedfest, which will feature the Canadian Touring Car Championship presented by Continental Tire, all classes of the Pirelli World Challenge and the Ultra 94 Porsche GT3 Cup Challenge Canada by Yokohama in addition to the headlining Pinty’s stock cars, or to buy tickets, visit canadiantiremotorsportpark.com.

Freelance writer Stephanie Wallcraft is a regular contributor to Toronto Star Wheels. To reach her, email wheels@thestar.ca and put her name in the subject line.