On hundred and thirty people have already “raised their hands” expressing interest, and about 40 have put down deposits.

A car powered by four electric motors, one in each wheel, is hardly a new idea. The first car developed by Ferdinand Porsche, the “Lohner Porsche” from 1900, was thus configured.

And so is what will very likely be the fastest production car ever built, the Pininfarina Battista.

The largely-carbon-fibre two-seat hypercar — I think they invented this term for this car — was unveiled at this year’s Geneva Auto Show, and will go into production late next year for the European market, later in 2021 for North America.

Only 150 examples will be built. If you haven’t already started saving your pennies, you may be too late, because you’ll need a lot of them. The price will hover around the $2,500,000 mark. At that level, it doesn’t really matter much whether you’re talking Canadian or American dollars.

On hundred and thirty people have already “raised their hands” expressing interest, and about 40 have put down deposits.

Anthony Tocco, head of North American client relations and sales, noted that several of these are Canadians. He said we are “quite brave” when it comes to new technology!

And we love our carbon-fibre hockey sticks. 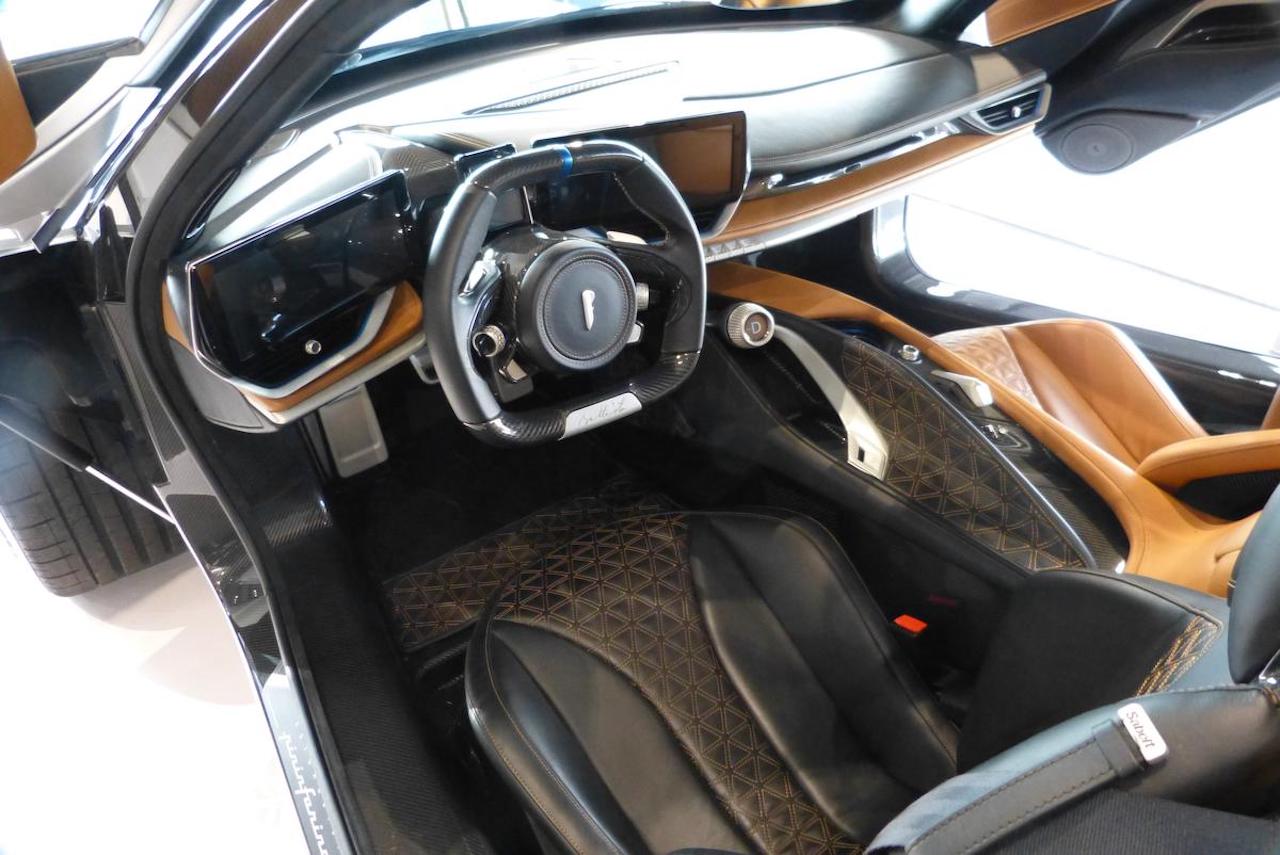 One of the prototypes for this car made an appearance at Chris Pfaff’s dealership in Woodbridge recently, and I had the opportunity to sit in it (sadly, not drive it, at least not yet … hint, hint) and to interview some of the people behind this project, including Tocco and Gosta Henning, global director of client relations.

Tocco says he believes that all cars will eventually become electric. (This despite the laws of physics and the realities of electricity supply, but we’ve been down that road before.)

Even I admit there will be a market for battery-powered vehicles; we’re just arguing scale here.

If acceleration is what you’re after, and if ultimate range and lack of government-subsidized purchase price bribes are not issues, electric power has a role.

The Battista will have some 1,900 horsepower and 1,696 lb.-ft. of torque, so acceleration won’t be a problem. Zero to 100 km/h will take about two seconds — that’s Formula 1 race car territory.

Despite the blistering performance, Pininfarina insists this is not a race car, but a grand touring car. Fast, certainly, but comfortable, intended for real-world, on-road driving.

To this end, five drive modes will allow you to tailor the car’s performance to ambient conditions and your mood at the time.

There was some support for a rear-wheel-drive-only mode for the purists, until someone realized that with all that power going to only two wheels, you would probably shred the rear tires getting away from the first stoplight.

Range is expected to be up to 500 km. The key there is the qualifier “up to.” In weather like we had earlier this week, it will be significantly lower.

Then again, who drives their two-and-a-half mill car in the snow?

The car is breathtakingly beautiful from any angle, at one time both complex yet simple — very much like most of the classic Pininfarina designs of the company’s illustrious history.

(Exhibit One for the defence: the Alfa Romeo “Duetto” Spider, which Benjamin Braddock, played by Dustin Hoffman, drove in the movie “The Graduate.”)

The interior is equally so, with clean, elegant design, perfectly executed in high-quality materials.

Interestingly, the two seats are not upholstered in the same fabric. The idea is to separate the driver to give her/him a unique position in the car.

There is considerably more room inside — and the car is much easier to get in and out of — than the Lamborghini Aventador I drove to this meeting.

The car is based on what Tocco referred to as the “skateboard,” essentially a platform that contains the chassis, suspension and a battery pack in the shape of a backwards T (not unlike, it must be said, that in a variety of electrified Volvos).

It also is eerily reminiscent of the “Autonomy” concept car which General Motors showed almost twenty years ago, which also had individual wheel motors. Nothing new under the sun.

Tocco noted that the skateboard will be made available to other manufacturers who might wish to get into the electric car business, but may not have the time or resources to develop their own hardware.

Tocco also mentioned that Pininfarina has been primarily a coachbuilder; this is the first complete car to bear the Pininfarina name.

The production and head office are in Munich, Germany. Might seem odd that an Italian brand would set up shop there, but he pointed out that Munich is home to a wide range of automotive suppliers and is a vibrant city, which is a selling point for the bright young minds they have been able to attract.

It also has the best airport in Europe.

Dustin Hoffman’s Alfa notwithstanding, the Pininfarina company was most famous for many Ferrari models. Battista Farina, its founder, was an Italian coachbuilder who began his career in the 1930s. The nickname “Pinin” (meaning “small” in the Piedmontese language of northern Italy) was officially added to his surname in 1961.

The first complete car to bear his name seems a fitting tribute.