Photo Radar is Back – Let’s do it Right this Time

Mayor Tory says he’s going to use it in school zones, and other high-risk, high-incident areas.

I once met Mike Harris, then premier of Ontario We’re talking mid-1990s. He seemed very happy to meet me.

“You’re the reason I got elected!” he exclaimed.

He replied, “Because I basically won the election on getting rid of photo radar, and you killed it!”

I can indeed claim some credit for that, because I wrote a series of stories about it. Photo radar had been introduced for a “trial period” by the previous Bob Rae NDP government. To justify it, they used statistics from an application of this technology in Arizona.

I happened to be in Arizona on a press trip around that time and looked into these claims.

Turns out, the data had been collected by the very people who manufactured the photo radar equipment. What a coincidence.

Upon further examination, the numbers had no statistical validity whatsoever. I also looked at the statistics collected by various regions in Ontario during this “trial period.”

In the largest test, west of the GTA, traffic deaths had soared by a huge amount — my memory suggests maybe around 40 per cent — during this time.

I couldn’t — and didn’t — claim that photo radar had caused these added fatalities. But one thing was guaranteed: you could not use these numbers to prove that photo radar worked to save lives.

Photo radar clearly slowed some people down. But it didn’t slow everybody down.

The main point here is that there was a broader distribution of speeds — some going slower, most not — creating more opportunities for people to run into each other. 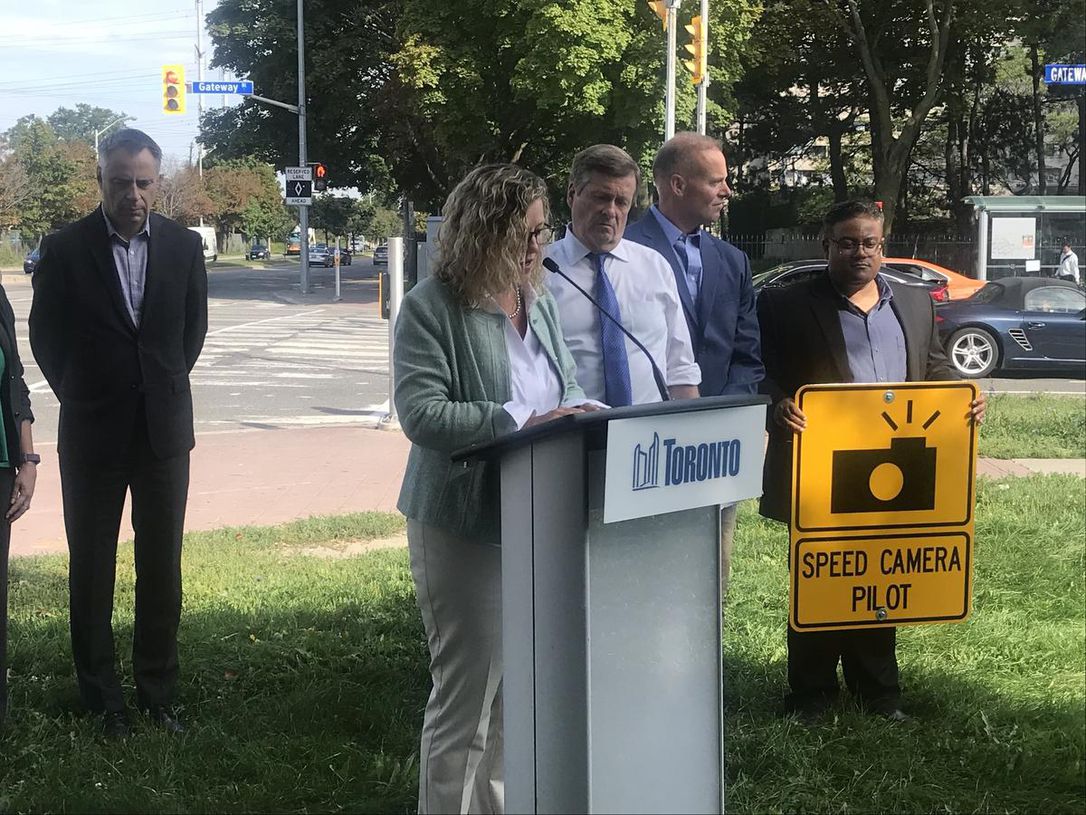 Emile Therien, past president of the Canada Safety Council and a long-time advocate of photo radar, recently wrote in the Star that it’s about time to bring back photo radar.

He and others have pointed to recent ultra-high speed situations within the GTA, and to a horrifying crash that killed four people, in which the driver who caused it was impaired, had a list of traffic offences as long as both of your arms, and was driving a vehicle with fake registration.

Why this guy wasn’t already in jail beats me. But none of these cases would have been affected in the slightest if photo radar had been in effect.

Some of the numbers Therien quoted from photo radar’s last hurrah included:

Gee, you don’t think that maybe there weren’t any such statistics for him to quote? Yet he said in his piece that some politicians at the time were calling photo radar “nothing but a cash grab.”

Odd as it might seem following the above, I’m not totally opposed to reintroducing photo radar. If, and only if, they do it correctly.

Mayor Tory says he’s going to use it in school zones, and other high-risk, high-incident areas. School zones? As the father of four kids, I say “Anybody doing more than 25 clicks if children are present, off with their heads!” Likewise in construction zones, where workers are always especially vulnerable.

But if you’re just going to pick people off on the 401 doing four-over like the old days, then off with YOUR head.

As for red-light cameras, until you’re prepared to turn every intersection in the city into a roundabout as they all obviously should be, I say bring it on.

Traffic safety isn’t just a theoretical thing for me.

Our family, like most in Canada, knows what it’s like to lose a loved one in a traffic crash. In my case, it was a five-year-old sister who was run over in front of the family home, before I was even born.

The truck driver in that case was not at fault. Still, her death resonates in our family to this day. So I really feel for any family which has lost someone to a traffic incident.

And it’s why I have spent my entire adult life fighting for things that do matter, and do work. Better driver training. Tougher licensing. Regular retesting. Cracking down hard on left-lane bandits. Harsher penalties for people who endanger all of us.

So Mr. Therien, we actually agree on a couple of things. Cash grabs, no. Safer roads, yes.

But let’s do it right this time.