The sounds of high-performance car engines filled the air Sunday as thousands of fans, friends and car enthusiasts poured into the Los Angeles suburb of Santa Clarita to pay tribute to Paul Walker.

SANTA CLARITA, Calif. – The sounds of high-performance car engines filled the air Sunday as thousands of fans, friends and car enthusiasts poured into the Los Angeles suburb of Santa Clarita to pay tribute to Paul Walker at the site where the Fast & Furious actor died one week ago in a fiery car crash.

The memorial, planned through social media, was scheduled to begin at noon, but people began arriving hours beforehand to leave flowers, candles and other tributes. Throughout the afternoon, thousands of people, including entire families with children, dropped by.

Many arrived in cars built for speed, and the sounds of engines revving echoed close to where Walker and his friend died on Nov. 30. The event was to conclude with a cruise through the area 48 kilometres orthwest of downtown Los Angeles.

Walker, 40, was killed when the Porsche Carrera GT he was riding in smashed into a light pole and tree and then burst into flames. The actor’s friend and financial adviser, Roger Rodas, who was driving, also died. Authorities say speed was a factor in the crash.

Los Angeles County sheriff’s deputies had a strong presence at the memorial.\ 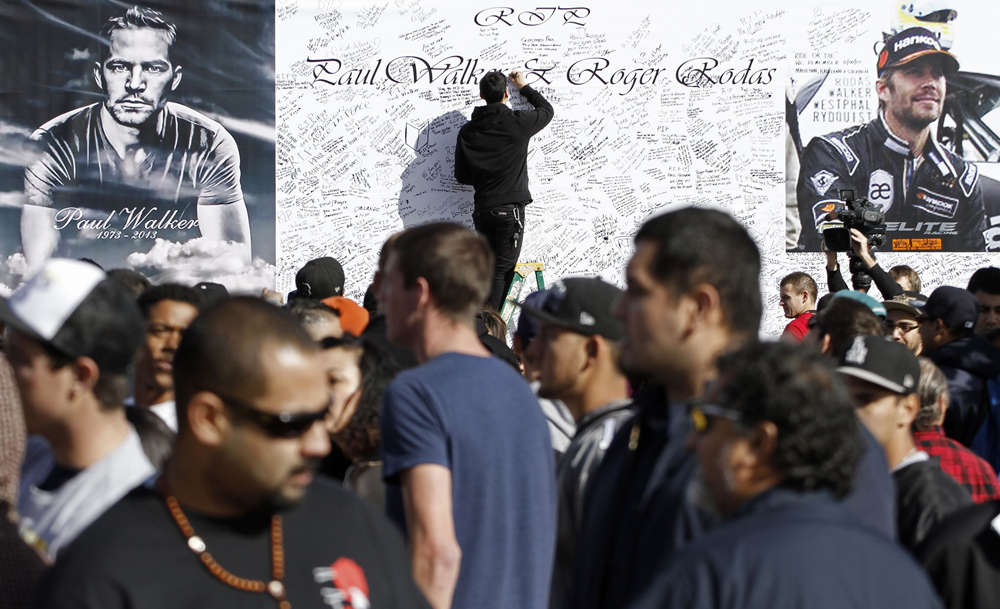 They directed often-heavy traffic as mourners passed by the crash site on foot and in cars, and also set up a command post at a nearby high school, but there were no immediate reports of any problems.

The crash site has been plagued by thefts since the tragic accident, leading to an 18-year-old being charged for allegedly stealing the T-roof of the Porsche and another man putting six pieces of charred bark he claims to have stolen from the site and putting them up on eBay for $100 per piece.

TMZ reports  “the seller had a change of heart (which might have had something to do with the hate mail he got)” and he decided to to pull the items off eBay.

He told TMZ he did not realize the “emotional impact” listing the bark would have, and said apologized “to the family, friends, and fans of Paul Walker.”

At the time of the accident, Walker was in Santa Clarita for a fundraiser for his charity, Reach Out Worldwide, organized for victims of the recent Philippines typhoon. The event took place at Rodas’ shop and the two stepped away for what was supposed to be a short drive in Rodas’ car.

The limited-edition Porsche was previously owned by IndyCar driver Graham Rahal, who has said it could be difficult to drive.

Walker, the star of five of the six Fast & Furious movies, was the face of the franchise. He was making the seventh film in the series when he died.

Universal Pictures has shut down production while it contemplates how it might go forward without him. 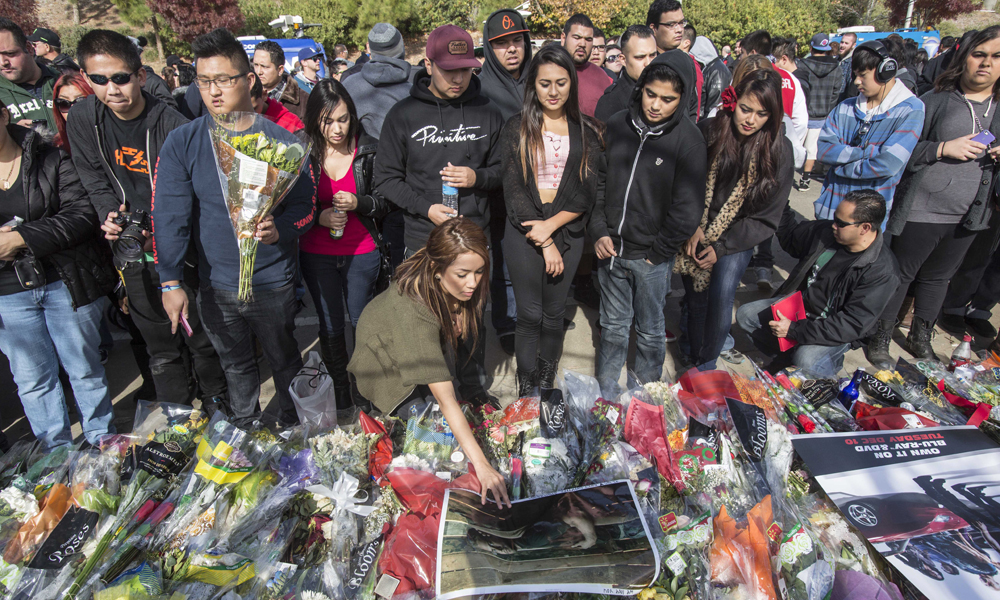