Paper treasures for this year’s inductees

Florida hobbyist Patrick Ringley, has a unique hobby for which his reputation precedes him: he crafts model race cars from paper, entirely by hand that take 6-to-12 hours to craft will be given at the Canadian Motorsport Hall of Fame ceremony.

Patrick Ringley is well-known in the North American motorsport world, though most people know him simply as Paper.

That’s because Ringley has a unique hobby for which his reputation precedes him: he crafts model race cars from paper, entirely by hand.

“I’ve heard a lot that I’m the only guy in the world who makes paper race cars,” he says. “It’s kind of amazing to be the only guy on Earth who does something a certain way.”

These are not crude papier maché creations or templates precision-cut by machine. Ringley forms each model freehand over six to 12 hours using tiny cuts, folds, and rolls, then secures it all with dabs of glue and paints it himself.

When complete, each car is only four inches long and is the thickness of a single sheet of card stock, leaving it light as a feather.

The general manager of the Canadian Motorsport Hall of Fame, Sid Priddle, learned of Ringley’s work a few years ago and invited him to contribute two models to the silent auction fundraiser at the 20th annual induction ceremony presented by Canadian Tire, which takes place Saturday at the Glenn Gould Theatre in Toronto.

Ringley responded by offering to donate 10 model cars to the silent auction and create five more to give to this year’s inductees in commemoration of their careers. 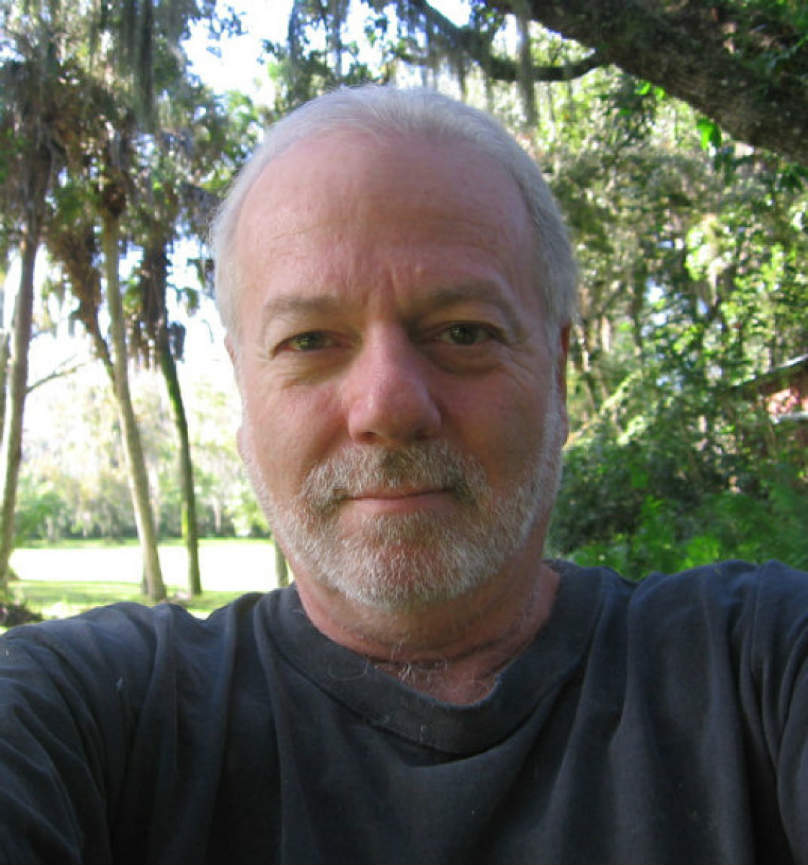 The silent auction donations represent cars driven by a who’s who of Canadian motorsport greats, including a model of the Ferrari 312 driven by Gilles Villeneuve, the Williams FW19 in which Jacques Villeneuve won his world championship in 1997, the 1999 Players/Forsythe Reynard piloted by Greg Moore, a Ron Fellows Corvette, and others.

Ringley is bringing several international selections to the auction as well, such as the Brawner Hawk that Mario Andretti piloted to victory in the 1969 Indianapolis 500.

Ringley created two models for this year’s international inductee to the Hall, Nigel Mansell — one each of the two cars in which he won his back-to-back Formula 1 and CART championships. One will be presented to Mansell, and the other will be added to the silent auction.

John Magill will receive a 1965 Porsche 365 SC, a car he still races in vintage events.

Scott Maxwell will be given a model of the Ford Mustang Boss 302R in which he competes in the Continental Tire SportsCar Challenge with Multimatic Motorsports.

Norris McDonald, editor of Toronto Star Wheels, will be presented with what Ringley was told is McDonald’s all-time favourite race car, the No. 98 Agajanian Willard Battery Special that Parnelli Jones drove to his only Indianapolis 500 victory in 1963.

Diana Carter will receive what Ringley calls the hardest model he’s ever made, the Volvo 544 that she drove to victory in her first-ever race in Saint-Eugene, Ont., in 1960 on her way to earning the moniker of Canada’s raciest blonde.

“When there are really little, subtle curves, it’s hard to do in paper because you can’t fold into it,” Ringley says in explaining the difficulty of the Volvo. “You have to do all these little teeny slit cuts and form it.”

Paul Tracy will receive a model as well, but Ringley insists on keeping that one a secret. The only detail he will reveal is that Tracy’s gift is unlike anything Ringley has ever created before.

Ringley opted to create something unique for Tracy because he’s made Player’s-liveried cars so many times before.

“The most favourite cars I’ve ever made are probably either Paul (Tracy)’s or Greg (Moore)’s,” he says. “I’ve made enough Forsythe cars that I could probably line them up to Europe if I put them all in a row.”

Now 67 years old, Ringley was born in Richmond, Ind., and fell in love with motorsport in the same way as so many other Midwesterners, in the stands at Indianapolis Motor Speedway.

Ringley’s eye for art developed at the same time, and in his youth he visited IMS as often as he could to nurture his passions together.

“I went out to the Speedway when there was snow on the ground,” Ringley recalls. “The guards would always let me in to just sit there and draw and sketch and hang around.

“I’d go out there every day. That place is so special to me.”

He made his first paper car in 1959, chiefly out of boredom. He was housebound by a serious illness and gazed out the window one day trying to think of something to do.

“The family next door had an Indy car team member,” he remembers, “and the 1960 Quinn Epperly Hoover Motor Express (a roadster built to race in the Indianapolis 500) was sitting out in the street.”

Ringley picked up a piece of paper and started folding, and he’s never stopped since. He estimates that he has 500 to 600 paper cars at his home and has given away hundreds more over the years to charities and prominent figures in the sport.

After formally training in art and music at the John Herron School of Art in Indianapolis, Ringley moved to Canada and lived just outside Stouffville, Ont., for roughly eight years. He returned to the U.S. to pursue a musical career in New Orleans but departed after a few years and settled in his current home near Sarasota, Fla.

He spent many years as an artisanal cabinetmaker working out of a home studio. (Ringley has also created handmade display boxes out of wood and mirrored glass to hold the models being given to each of the inductees.)

A terrible bout of arthritis in his back eventually forced him to retire from cabinetmaking, but he still takes the time to make his paper cars.

“Over two marriages and different locations,” he says, “it’s been the one constant of my life.

“Somehow I sit there doing this five or six hours a day and never get tired.”

The Canadian Motorsport Hall of Fame 20th anniversary induction ceremony presented by Canadian Tire will take place tonight starting at 7:30 p.m. at the Glenn Gould Studio Theatre, 250 Front Street West, Toronto. All inductees, but particularly Tracy and Mansell, will be available for autographs and conversation. Tickets are available to the public for $85 each and can be purchased at the door (cash only). For more information, visit the Hall of Fame website at cmhf.ca.