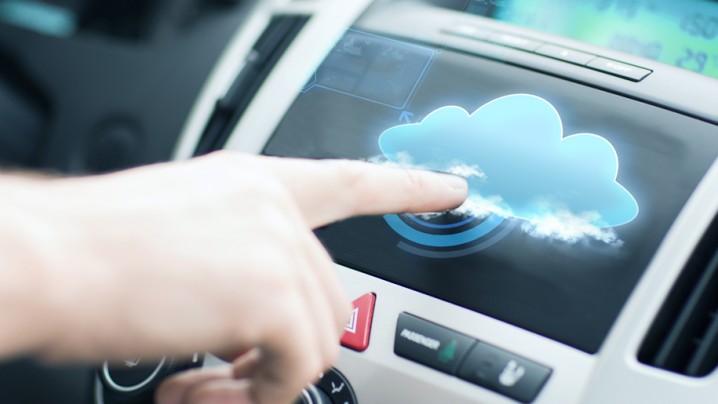 So who better to answer the question: What are cabbies driving these days and why? Are those battered Ford Crown Victorias and Chevrolet Impalas really the zenith of automotive durability?

Simply put, this is the fastest Mustang either Ford or Carol Shelby has ever built.

Ford used the Canadian International Auto Show to announce it will be the first manufacturer to build hybrid vehicles in Canada.

In one of my earliest memories of riding in a car, my father turns around and suddenly yells at me.

You see, beginning with the 2007 season, NASCAR (the National Association for Stock Car Auto Racing) will head in an ill-advised direction that will further erode the grassroots culture which formed t

Are you thinking of going bi-polar? We're asking not in the psychiatric sense, but in the tire sense. You know, considering moving to a lifestyle that entails changing to a winter wheel/tire set in th

BMW Driver Training focuses mainly on improving driver's skills that are well above and beyond the admittedly light qualifications required by the various provincial jurisdictions.

So, you've had your fun and now you're paying the price. The Mustang/Mini/Miata/(insert-your-choice-here) of your carefree, childfree youth is history. Life as you drove it is sooo over.

The new 2007 BMW 3 Series Coupe, bowing in Canada this fall, will be available with the company's first-ever, twin-turbocharged inline-six engine.

The three-pointed star, one of the most recognizable logos in the history of commerce, remains alluring, but buyers should keep their eyes open.

BMW has M. Cadillac now has V. Several companies (Honda, Volvo) have R. But the best known of the alphabet soup designations for the high performance divisions of car companies is surely AMG.

This year no fewer than 28 vehicles are making their world debuts at New York, with 18 more enjoying their inaugural North American appearances.

A somewhat alarming report out of the U.S. says automakers have had to increase the width of their vehicle's seats to accommodate grossly enlarging North American rear ends.

We received word just as this issue was being put to bed, that a Montreal dealership has received federal certification to sell the much-touted Lotus Elise here in Canada.

The North American automobile companies continue to complain about losing market share, but there is one niche which they have ignored for at least the last decade -- midsized station wagons.

How's this for preferred treatment? Ferrari is building 29 examples of its track-only FXX prototype shown in Detroit for a small group of lucky owners.

So Pontiac announced a turbocharged Solstice GXP at the LA Auto Show with a 47 percent boost in horsepower. Impressed?

It looks like the long running rumour of Mazda bringing it diminutive Mazda2 to North America is starting to gain some steam.

Say what you want about the styling and shear girth of the locomotive-inspired Ford F-250 Super Chief concept from Detroit -- it's what's under the hood that counts.