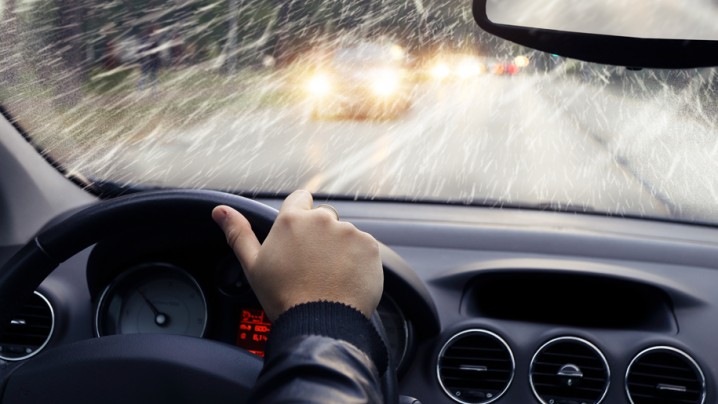 As an indication of just how close to flawless the Infiniti G35 is, reader John Hydon wrote to complain about the location of the stitching on his steering wheel.

In the sprawling Morgan car factory in central England, business is brisk.

Tire technology never stops being refined and when the companies find a formula that works, it goes right into the market. Pronto.

The only way to reduce CO2 in the atmosphere is to reduce the burning of carbon that was taken out of it by plants millions of years ago (not the carbon in the cord of wood from 50 years ago).

California motorists have reason to rejoice these days.

Among the customized trucks that the auto giant displayed at this week's annual SEMA show in Las Vegas is the Chevrolet Silverado 427 concept truck, packing a 427-cubic-inch V8.

Neoclassics are cars with bodywork that evokes luxurious, timeless designs of the 1920s and '30s, but with chassis and powertrains lifted from more commonplace donors.

As inevitable as road signs and as implacable as the meanest state trooper, they lurk everywhere, the government's main weapon against impatient drivers.

Toronto is dying; suffering a slow, sickly demise. Try traveling its highways or getting around on its public transit and the symptoms become obvious the MegaCity is crumbling under its own weight, it

Peter Schreyer, former chief designer for Audi and VW — responsible for such notable designs as the first Audi TT, the R8 Le Mans car, both current Lamborghinis and the Concept 1 which lead to the N

Porsche will reportedly skip the 2007 model year of its Cayenne SUV to combat slowing sales and in anticipation of the truck's 2008 mid-cycle update.

It was another excellent year of racing on the Rock, with the 2006 Targa Newfoundland wrapping up recently.

As an added bonus, Canada looks to become a Mecca for these new muscle cars. GM recently announced that Camaro will be built in Oshawa, Ont.

Land Rover announced recently that its design director, Geoff Upex, is retiring at the end of 2006, after 23 years with the company.

Here's a grainy image of the new Smart ForTwo. Get it? Grainy? Sand.