Opinion: I Just Drove the Perfect Sports Car and I’m Sad About It

It starts life as a Porsche Boxster but gets so many tweaks that it’s not even called “Boxster” by the manufacturer.

I just drove what I think could very well be the best sports car in the world.

It starts life as a Porsche Boxster but gets so many tweaks that it’s not even called “Boxster” by the manufacturer. Instead, it is the “718 Spyder” and it gets its own spot on the Porsche website. A simple marketing ploy? I think not.

For starters, this iteration – the model’s third — no longer gets a slightly up-tuned Boxster engine that it once had, but a de-turboed and bored-out version of the flat-six found in the 911, good for 414 horsepower and 307 pound-feet of torque. It gets the hardcore suspension set-up from the 718 GT4 (which includes the same front suspension as the 911 GT3) and even functional rear aero thanks to a massive GT racer-spec rear diffuser, which is a first for the 718/Boxster family. 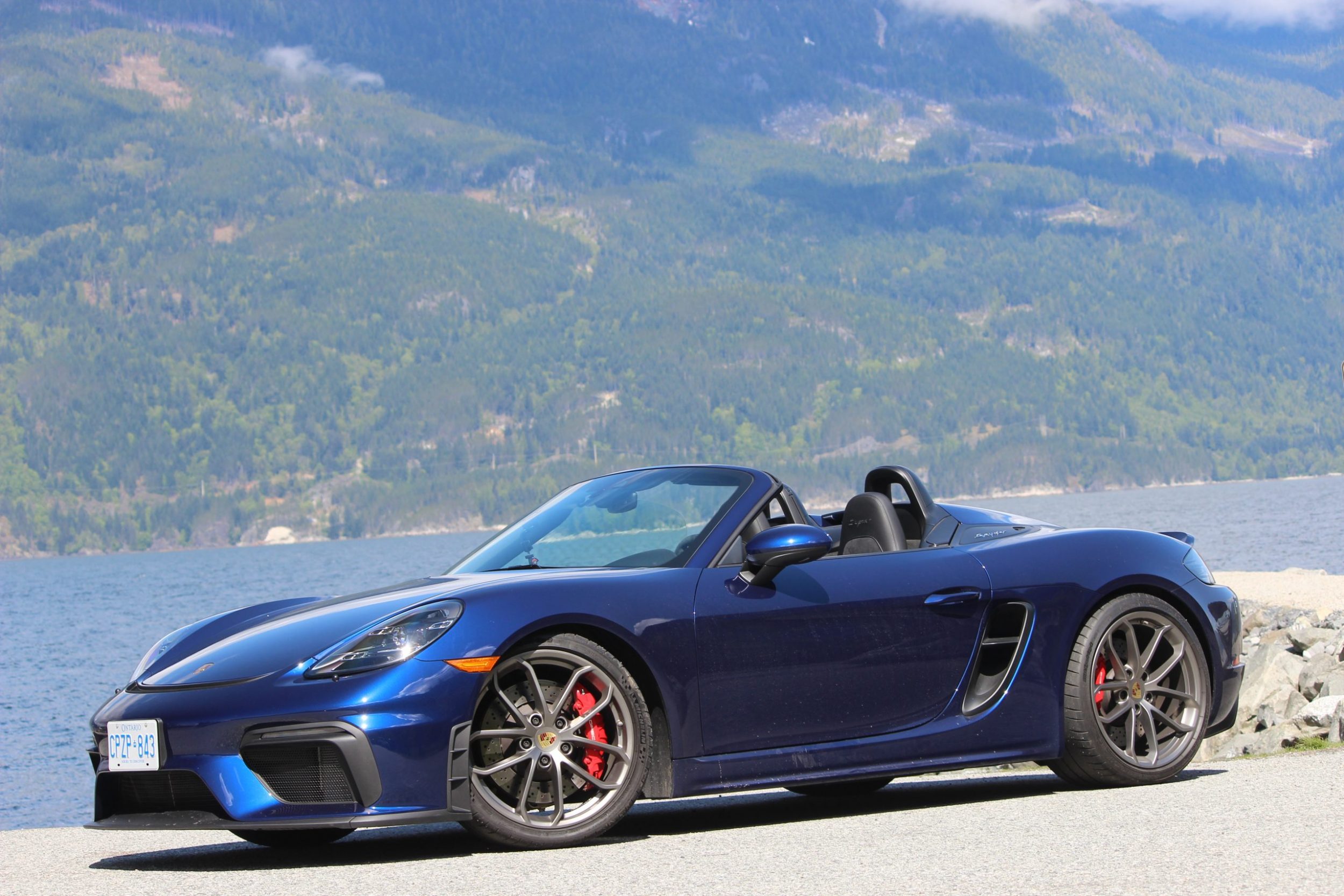 It’s rear-wheel-drive and in my spec, it has a six-speed manual transmission with a shift lever wrapped in Alcantara suede to match the lo-fi steering wheel with no buttons save for the horn; no distractions.

That steering wheel is a great microcosm in that the 718 Spyder is as much about what it doesn’t have as what it does have. There are no traditional door handles, just fabric door pulls that Porsche will say is a weight-saving move. As you do. There is no blind spot monitor, no heated seats, no lane-keep assist and no baked-in drive modes.

Instead, there is a bank of buttons that let you individually modify the exhaust note, the damper stiffness, the traction and stability control and whether or not you want the computers to automatically blip the throttle on downshifts; a proper choose your own adventure sports car, this. 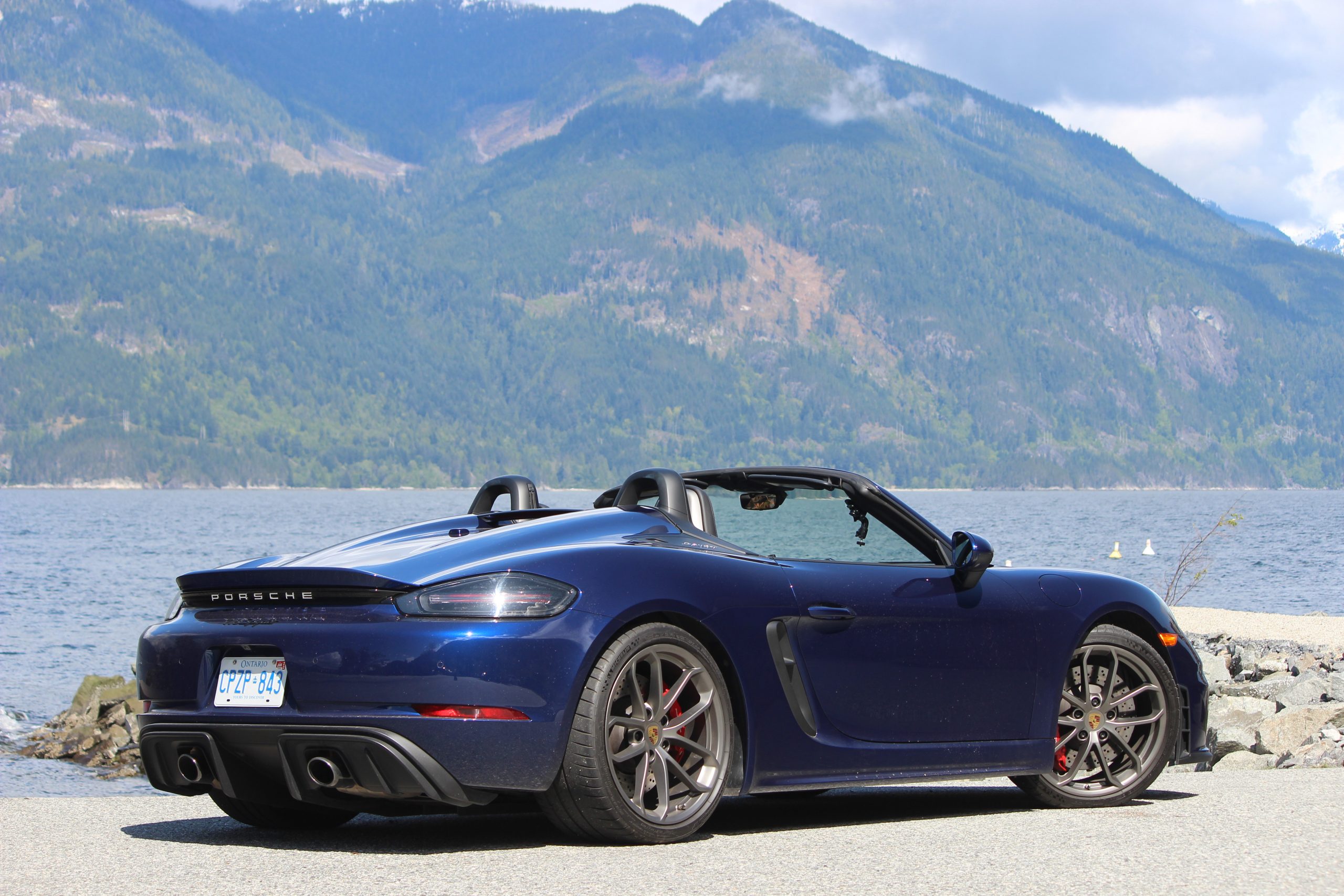 There’s no automatic folding hardtop, either, just a canvas item that de-latches automatically and has you do the rest. It is a bit if a rigmarole, that, but it’s almost as if Porsche said “don’t worry about the roof. Drop it at the beginning of the day, go for a drive – focus on that – and put it back up later”. Indeed, you get the impression that if Porsche wasn’t mandated by law to include a back-up camera, they would have ditched that, too, as well as Apple CarPlay, air conditioning and cupholders. At least the roof is usable at all speeds.

Said roof looks spectacular, what with its flying buttress-style latches and chopped look. The Spyder is some proper eye candy top up or down; a rare feat.

Bottom line is that if ever there was a car that compelled you to get in and drive – to the store, the mountains, the track – this is it.

So you do and are treated with that great naturally-aspirated yowl on start-up that exists only in three cars in today’s Porsche line-up, all fire and brimstone and anger, and eagerness. Go ahead; dip the clutch and feather that throttle and press the loud exhaust button. That’s what you bought it for. 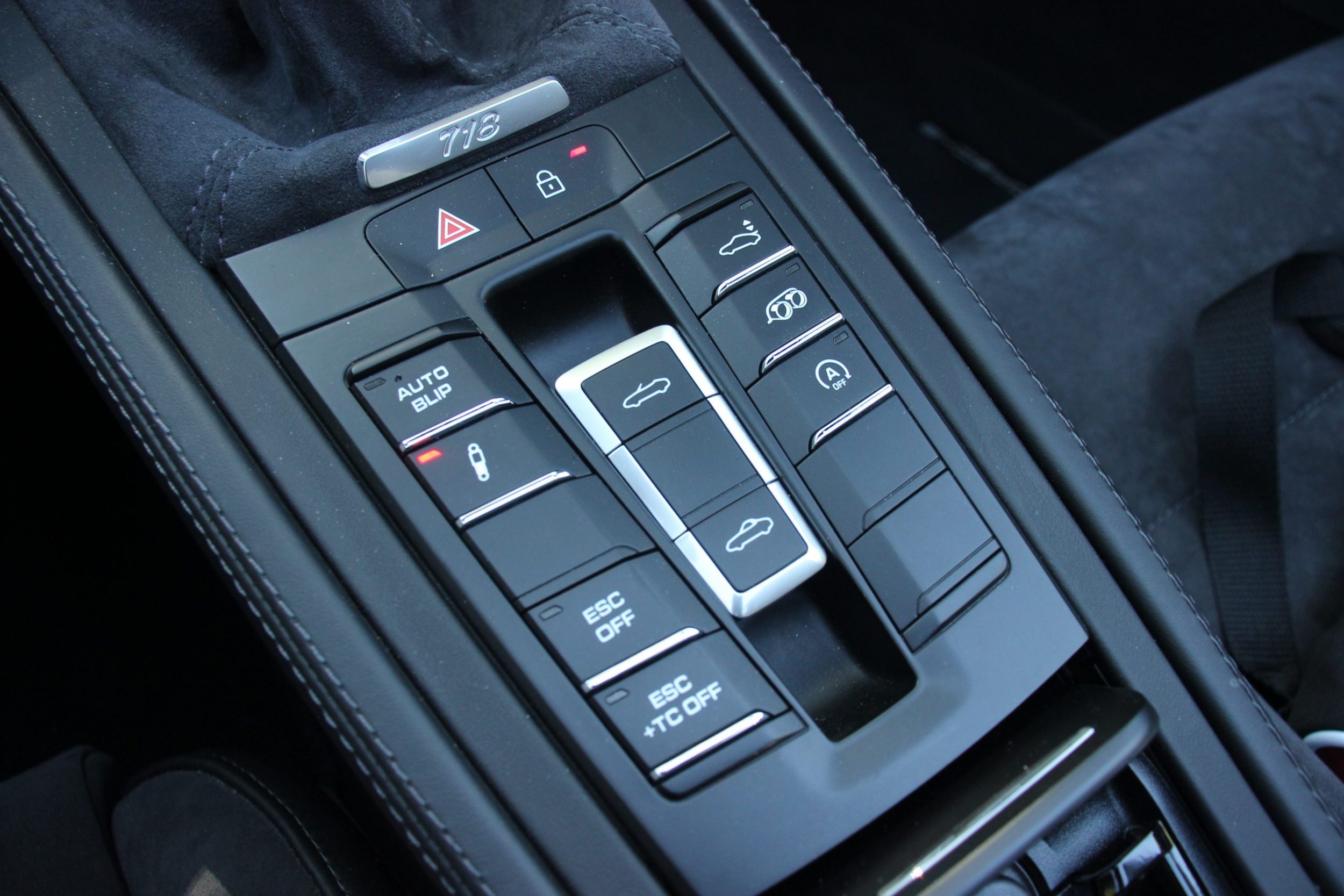 Then you set off, engine bristling just behind you – 1-6-2-4-3-5, 1-6-2-4-3-5 – ready to launch you into low orbit. So, you find an open road and unload, but you don’t need to shift – not yet – because it’s geared so long that you’ll be travelling at 140 km/h in second gear if you’re not careful. Which is a bit of a problem that Porsche itself has admitted to, as it means you won’t be hitting redline anywhere apart from on the track – but who redlines it regularly, anyway? You don’t need to, especially when things are this visceral at any rev.

When you do shift, the lever is precise, easy to slot and it feels great in your hand. You row the gears just to get that sensation of man and machine that only a manual delivers.

A manual and the steering wheel, of course, which is your pathway to a responsive rack that allows you to track true through any corner. You feel unstoppable and it’s a pure, unbridled thrill that is preciously rare these days. So pure that it is nigh on impossible to punch holes in it. It’s too analogue and too live-wired in at the same time.

And it’s too damn bad. 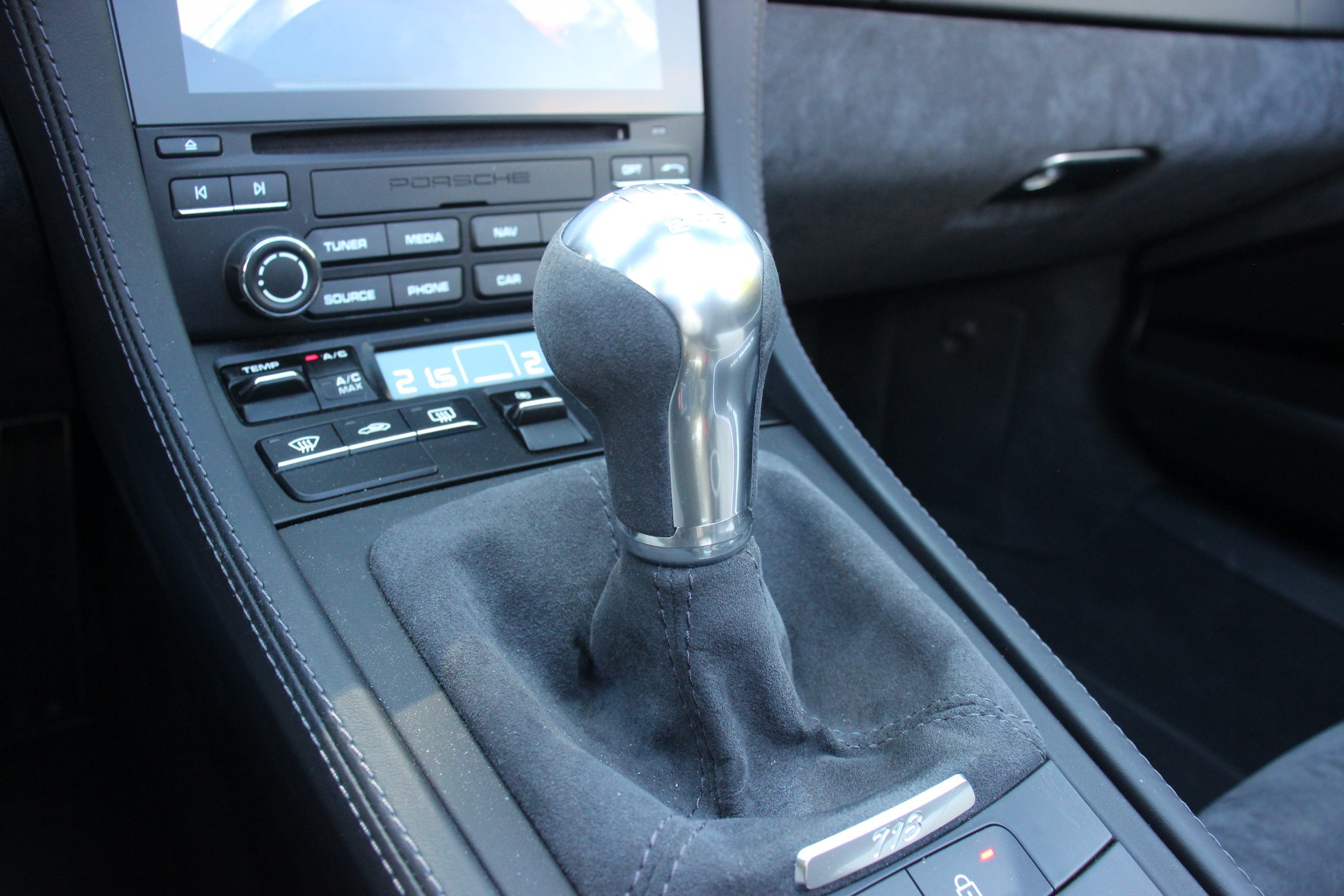 We’ve known for a while that full electrification is on the horizon, and I’d accepted that – at least I thought I had but driving this car it really hit home. They have promised the 718 Spyder through 2022 but it is the end of an era. The next Boxster is probably going to be either full-electric or somewhat electrified – or both –using derivations of what powers the Taycan or various plug-in hybrids Porsche offers. It will likely be faster than this, it may even handle better because it will likely be all-wheel-driven and of course, it will save you at the pump.

Porsche will do it because it’s being mandated to and that’s that. I know why this is necessary, but it doesn’t help that feeling that with the loss of beautiful soon-to-be-old-school machinery like the 718 Spyder, cars are losing that little something that allows us to feel machinery heave and breathe, work and reward.

I’ve driven many of the new EVs, including the Taycan, and the Mustang Mach-E is sitting outside as I write this. They are quiet, they work well and in the case of the Taycan, they are incredibly fast, especially in terms of acceleration. I do not dislike them. I dislike the feeling that there are precious few moving parts that I have to control. It feels…inorganic.

Maybe I will learn to accept it – I will have to, because I will always enjoy driving – but if I had the means, the 718 Spyder would be mine because it could very well be the last of a bygone era.

And that’s worth its weight in nylon door pulls.