Ontario man with ALS gets Corvette experience of a lifetime

Marshall McKenzie, 18 has started a Gofundme campaign to collect donations with the goal of buying his dad an Ontario man with ALS a ‘90s-era ‘Vette.

I have often said that the best part about the car hobby is the people. A small event last week at Canadian Tire Motorsport Park reinforced that theory.

The folks at Chevrolet Canada heard about a campaign that had been started by a young Port Perry, Ont. man to get his father, who has ALS (Lou Gehrig’s disease), a Corvette. With the holiday season in full swing, staff sprung into action to give Scott McKenzie, 48, an experience that he won’t forget.

Marshall McKenzie, 18, along with his mother, friends and family brought Scott to Canadian Tire Motorsport Park, where he met with Canadian racing legend Ron Fellows. After a short introduction session, McKenzie was strapped into the passenger seat of a bright yellow Corvette Z06. Fellows took his guest for a few high-speed laps around the historic Mosport Grand Prix circuit, a ride which was made even more exciting by the cold and wet track surface.

McKenzie’s dream had always been to buy himself a Corvette when retirement came, but with his diagnosis earlier this year, that time will never come for the hard-working family man. Most patients with ALS live just two to three years after the disease sets in and Scott’s decline in just nine months has been severe.

The younger McKenzie is still determined to make his father’s dream come true. Marshall has started a Gofundme campaign to collect donations with the goal of buying his dad a ‘90s-era ‘Vette. When Scott passes away or if enough money is not raised in time, the car will be sold with the proceeds going to an ALS foundation.

To donate, search for #GetScottACorvette. 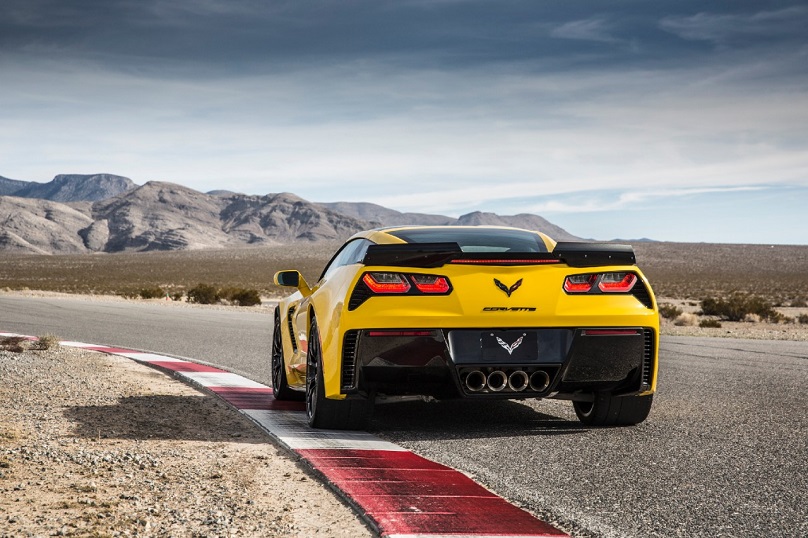 There has been a lot of talk about cars that drive themselves here in Wheels recently, and for good reason. They are coming.

Much of the conversation, rightly so, has surrounded Internet and technology giant Google. They’re well ahead of traditional automakers in the quest to build driverless cars. Just a couple of weeks ago on this page, I wrote about the coming race between Google and Uber to develop their own fleets of autonomous taxis.

Over the Christmas break, there have been a couple of developing stories that suggest self driving car technology might be much closer to reality than many experts are predicting.

With its latest software update, electric vehicle manufacturer Tesla included advanced programming which allows existing vehicles to drive themselves with minimal input from the human behind the wheel. So advanced is this technology that a team of cross country-drivers, including the somewhat infamous Alex Roy, rode along in a Tesla Model S as it set a new record travelling from Los Angeles to New York City. The team covered the reverse of the famed Cannonball Baker Sea to Shining Sea Memorial Run in 57 hours and 48 minutes, including charging stops away. Using the Tesla’s Autopilot feature, the car drove for 96 per cent of the trip. Essentially, the only time human intervention was needed was navigating New York traffic.

In a Dec. 21 interview with Fortune, Tesla founder Elon Musk said building a completely autonomous vehicle that works in any condition, on any road, would be “easy-ish” and stated that a fully-automated Tesla would be completed within the next two years. That is a bold statement when you consider that just over a year ago, Musk said the technology was five to six years away.

At the 2015 North American International Auto Show in Detroit, Ford had some of its autonomous driving research projects on display, which simply looked childish. A regular production car had some funny looking spinning sensor things mounted on it which looked like some sort of rejects from a sci-fi flick. Clearly they were behind the technology curve at that point, which meant that something had to be done to get in front.

A report in Automotive News on Dec. 21 indicates that Ford and Google are in talks for the auto manufacturer to build the cars that the technology company has developed. It would be the best of both worlds for both companies. It is also not too far fetched a concept, when you consider that Google’s self driving car project is being led by CEO John Krafcik, who once worked in Ford’s engineering department. Another key player is former Ford CEO Alan Mulally, who currently sits on Google’s board of directors.

The whole concept of cars that drive themselves is so new that it requires a different thought process than what has driven the automotive industry historically. It requires people like Musk, who not only think outside the box, but create teams of minds who also don’t think like automotive engineers. While Tesla has chosen to create their own products from top to bottom, it makes more sense for Google to partner with a major OEM to bring their already living experiment to production.

The future of self driving cars is getting closer almost by the week. The only real question is who will win the race to be first to production?