Combing with the next-generation vehicles with a network of battery chargers, would be a game changer.

I’m not enamoured of the current Ontario government, but with two recent announcements, it has at least taken tentative steps toward greener wheels.

First, it suspended work on the GTA West Highway, which would have ravaged farmland and greenbelt in an arc heading north from Milton and then east over to Vaughan.

The highway — three lanes each way, with a hydro corridor down the middle — would have accelerated urban sprawl, expanded congestion, and sucked money from more useful and less damaging transportation options, such as better rail service.

Second, the government promised $20 million to support the installation of charging stations for electric vehicles. The focus is on developing a province-wide network of 480-volt Level Three, or fast-charging, stations; the type able to recharge batteries to 80 or 90 per cent of capacity in about 30 minutes. These stations, costing up to $40,000 apiece, “will allow electric vehicle drivers to travel between communities and make cleaner vehicle technology a viable option for Ontarians,” the Ministry of Transportation says.

RELATED: Will Tesla be the company to revolutionize the automotive industry?

The move won’t enlarge the microscopic sales of the current EVs: The government says that as of last Dec. 7, and despite its generous incentive program, Ontario drivers had bought, in total, only 3,300 all-battery and 2,100 plug-in hybrid models during the past five years. That’s just .006 per cent of the province’s annual car market.

Most Generation One EVs can’t cope with fast-chargers. Even if they could, with their range of only 100 kilometres or so, they’d continue to be limited to urban and suburban commuting or, essentially, second-car status. They still couldn’t handle long trips: After all, who’d spend nearly half their travel time at charging stops?

But the funding should boost the next generation that promise a range of around 300 kilometres at a preincentive base price under $40,000.

These EVs could travel from, say, Toronto to Montreal with only one stop, which most people do anyway.

Details aren’t yet available, but one-time grants will go to applicants from the public and private sector that plan to add to the current handful of fast chargers or, in some cases, the slower, 240-volt Level Two models. The process must “determine the right distribution of charging stations that will support uptake and also ensure we are not over building,” the ministry says. The units would be installed “in cities, along highways and at workplaces, apartments, condominiums and other public places.”

One of the leading Canadian players is Saskatoon-based Sun Country Highway, which is developing a national network of high-power Level Two stations. The company has installed about 200 stations across Ontario and aims to add 500 this year, says chief operating officer Chris Misch.

Misch says there’s still a role for Level Two stations at malls, restaurants and other places where EV drivers can top up their batteries while they do what they’d do anyway. But a network of fast-chargers, “would open up all the main highway corridors.”

That, combined with the next-generation vehicles, would be a game changer. The government tends to bungle things. I hope this gets done right.

The ministry also says it’s developing a “modernized” EV incentive. Nearly $37 million has been spent under the current program, which pays up to $8,500 per vehicle, depending on battery capacity. 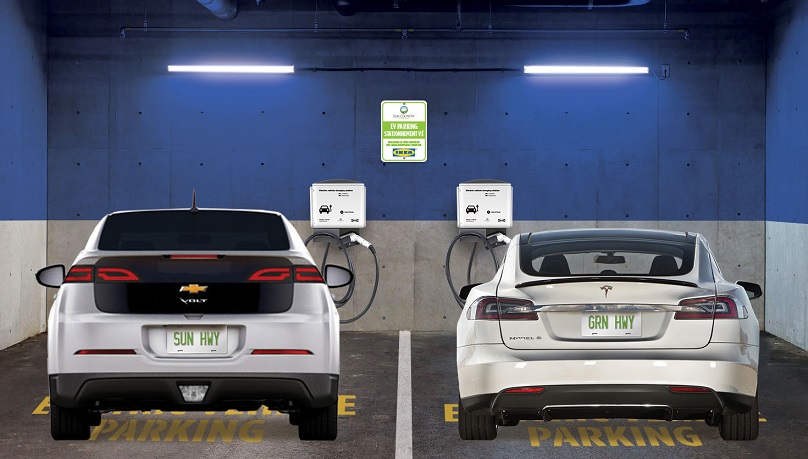 Peter Gorrie is a regular contributor to Toronto Star Wheels. Previous articles can be found online at thestar.com/autos . To reach him, email wheels@thestar.ca and put his name in the subject line.