It’s not often that a one-of-one hypercar comes up for grabs. Especially when it was commissioned by the original owner. But it still happens from time to time. Like this one. The Pagani Huayra BC Macchina Volante.

The Macchina Volante, or Flying Machine, was a special edition commissioned for noted car enthusiast Kris Singh. The car wasn’t even Singh’s first bespoke Huayra. That honour goes to the La Monza Lisa.

The Macchina Volante is based on the BC. Itself far from a standard car. The BC was the first evolution of the Huayra. Named by Pagani for Benny Caiola. A noted car collector, friend of Horacio Pagani, and the company’s very first customer.

Making the BC special was a power increase to the twin-turbo AMG V12. Taking it up to 789 hp. The car was constructed using a new carbon material that Pagani said was 50 percent lighter and 20 percent stronger than a conventional carbon composite. That, along with a titanium exhaust and new wheels, cut the weight of the car by 132 kg. The BC also brought a new seven-speed sequential manual gearbox to the party.

The Macchina Volante added even more special tweaks to the BC. Like the snorkel-look rear scoop atop the rear window. And two more carbon openings on the rear fenders that probably do something aerodynamic, or cool something else, but definitely add to the car’s presence. 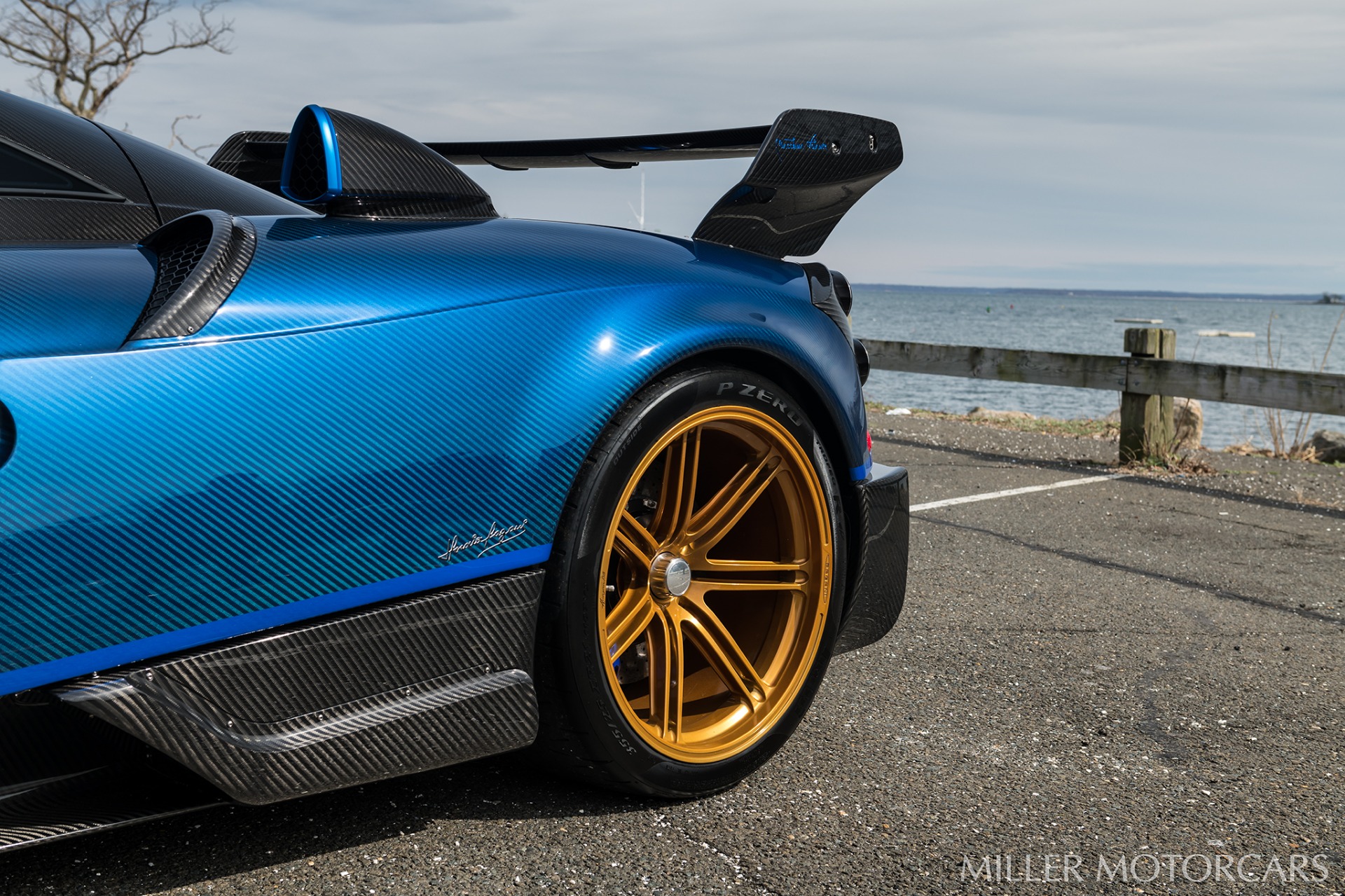 What really sets this car apart, though, are the finishes. It sports an absolutely stunning combination of bare carbon fibre and carbon finished in a deep blue. The blue-finish carbon is translucent, so you can still see the weave through the colour.

The rear wing on this car is a one-off designed by Pagani for more downforce as well as unique styling. The Macchina Volante engraving was hand painted by Pagani himself.

Inside, the car wears more blue and carbon fibre. With a tartan seat fabric inspired by the seats of the Mercedes-Benz W196 that Juan Fangio drove in Formula 1 in 1955. The car comes with a matched luggage set which is trimmed in the same tartan, blue and black as the car’s interior.

Perhaps most impressively, the car is signed under the rear clam. By all of the Pagani employees involved with this special car. 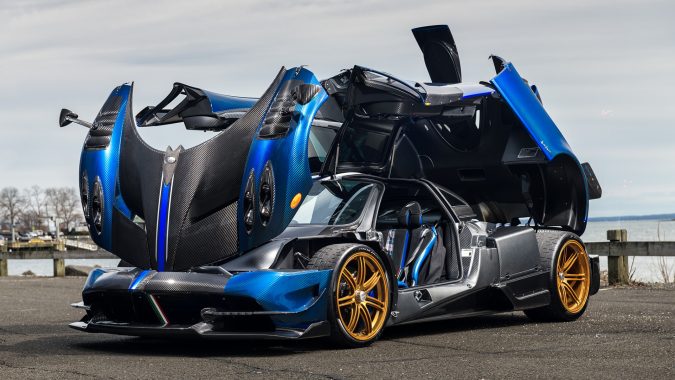 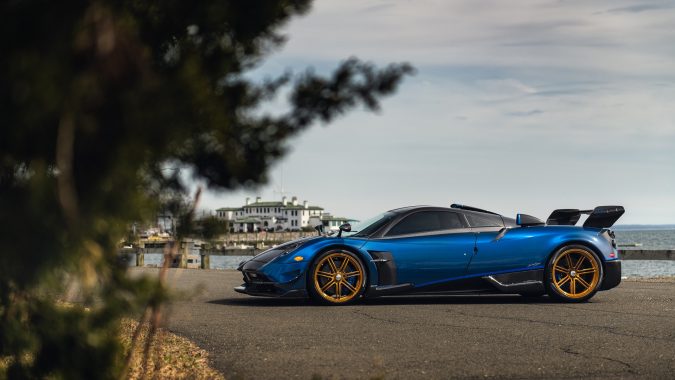 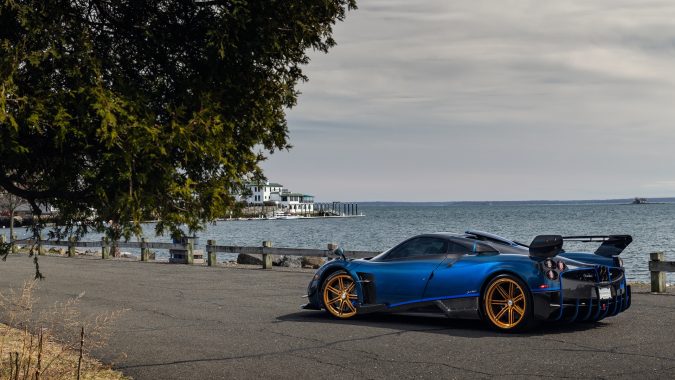 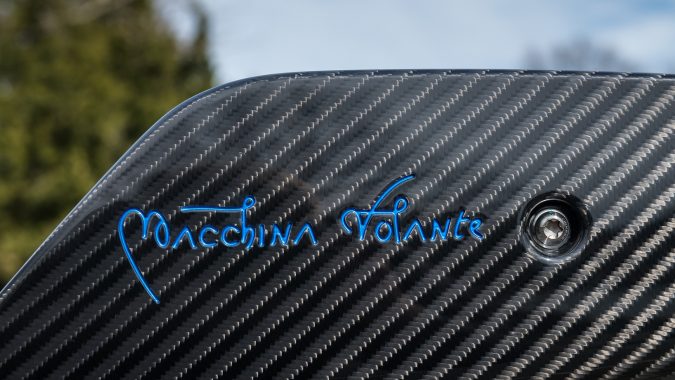 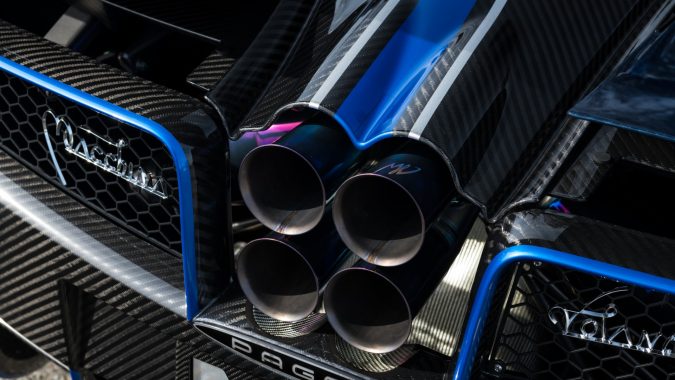 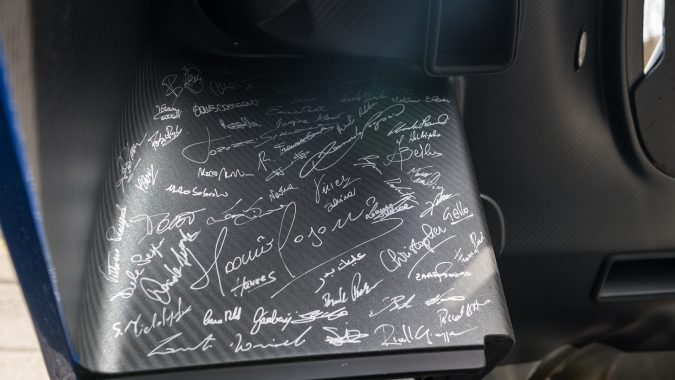 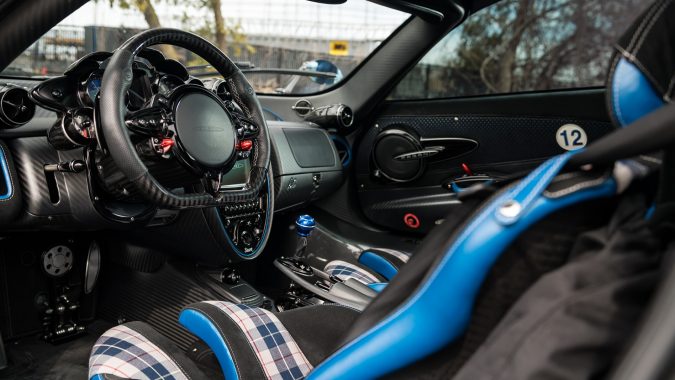 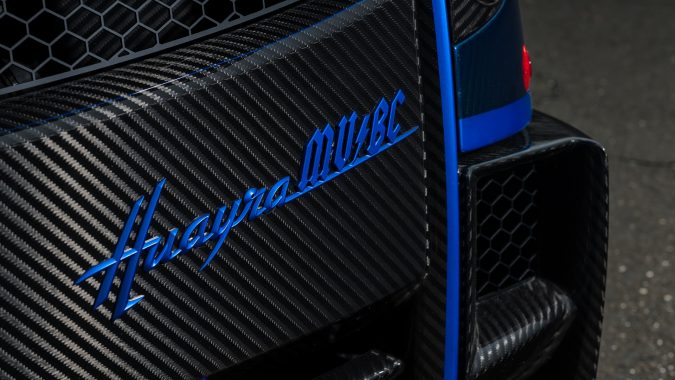