One of Three Black Porsche 959s For Sale

This 959 has just 42,000 km on the odometer and a thick file of documentation. And it's up for sale (not auction) with RM Sotheby's.

Porsche’s 959 has long been a car of near-mythical status. The turbocharged rocket ship that battled the Ferrari F40 for bedroom poster supremacy. A duel so intense that it launched a video game. Now there’s one up for auction. With a whole load of bespoke and custom touches including a paint-to-sample finish.

The 959 was designed in the early 1980s. When Group B rally racing was the new hotness and all-wheel drive turbo cars were tearing up the dirt, gravel, and snow across the globe. It boasted a 2.8L flat six with twin turbos that put out an astonishing for the time 444 hp and 369 lb-ft of torque.

It was loaded with high-tech bits like the five plus one gearbox with a G gear (gelande or German for terrain) that was a low-range sub-first option. And body panes that were an aluminum and kevlar composite with a Nomex floor. Plus there was that massive rear wing and super wide bodywork that give the car its signature look.

This car was one of the first production year models. A 1988, it was finished to Komfort spec. That meant a few parts that were more oriented toward comfort than all-out performance. Like full leather trim. And air conditioning. And a softer suspension. 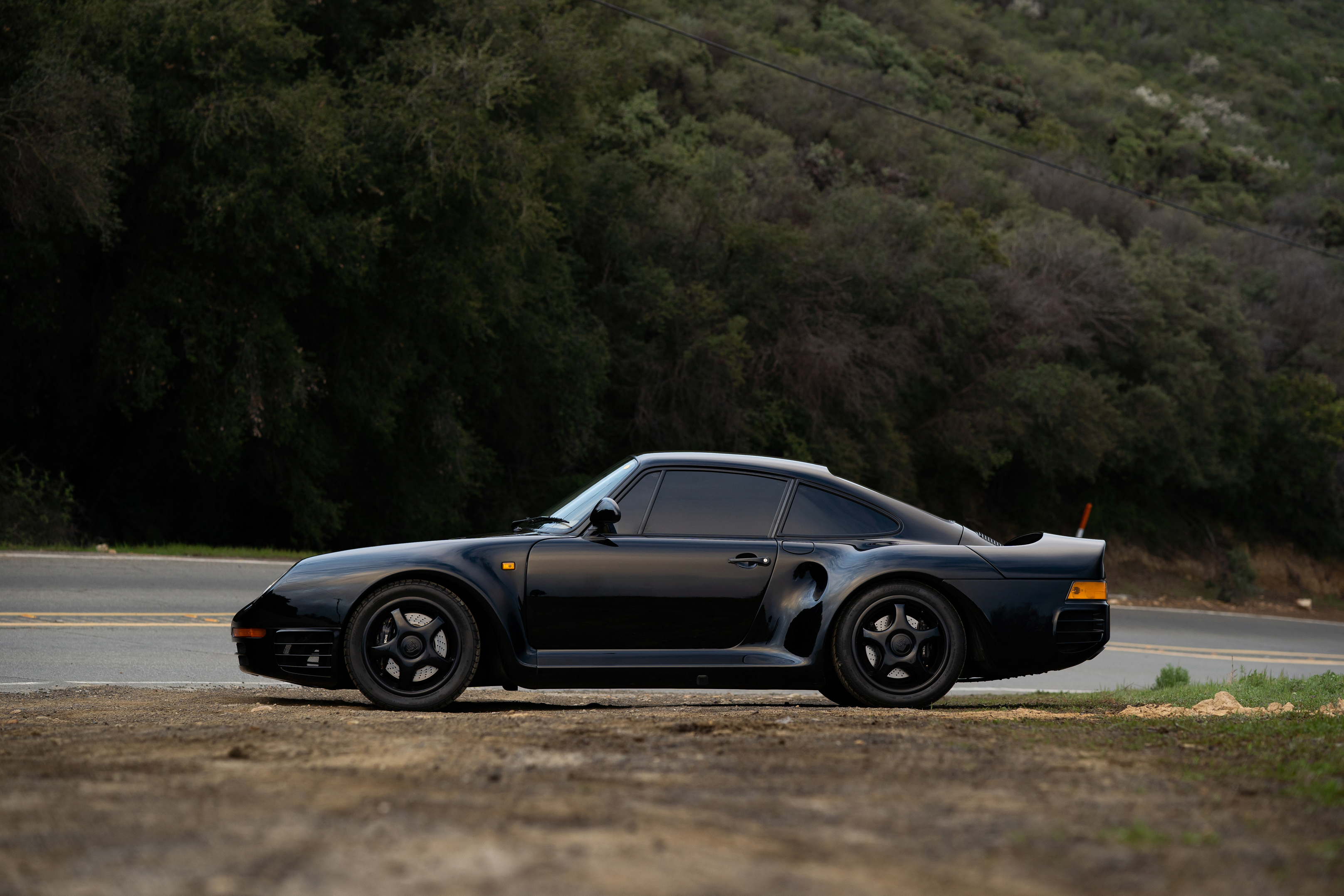 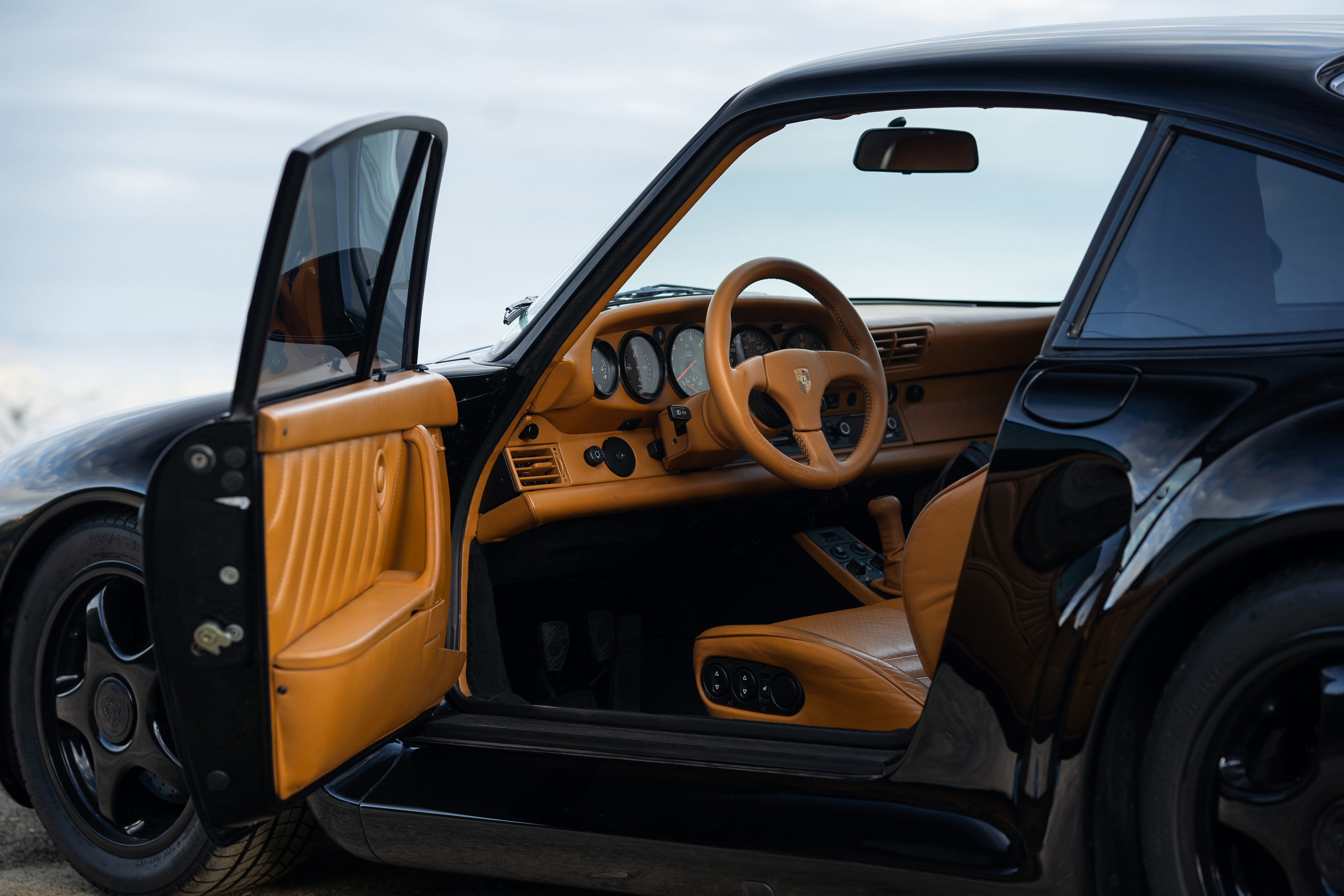 The first owner of this 959 was Dr Friedrich Christian Flick. A German lawyer who is best known for a massive collection of modern art. His own 959 was finished in black from the factory, which the selling listing says makes it one of just three painted that colour from new. inside, it gets caramel brown leather.

Porsche didn’t have many options for the 959, but this one had all of them. Sports seats with power height adjustment, heated front seats, and an alarm. This car also got some goodies from Porsche’s Special Wishes department. Now known as Porsche Exclusive Manufaktur. Those were a CDR-210 radio, a special steering wheel, and loads of leather on everything. Even the air vents.

The second owner of the car was a collector in the US. Where the car was finally made legal to import under show and display rules. The third owner, who has the car now, wanted “a slightly more sporting ride and overall driving experience,” so they had the suspension swapped out from Komfort spec to 959 S spec. That meant a conventional coilover setup instead of the electronic factory damping. Though the factory setup is included should originality be your primary concern.

This 959 has just 42,000 km on the odometer and a thick file of documentation. And it’s up for sale (not auction) with RM Sotheby’s. It would fit perfectly next to your F40 in the driveway of dreams. 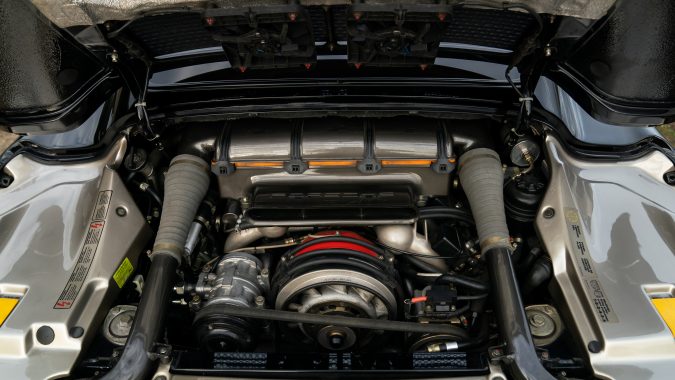 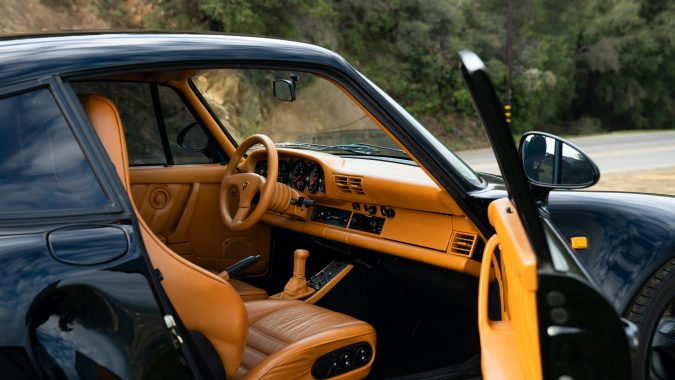 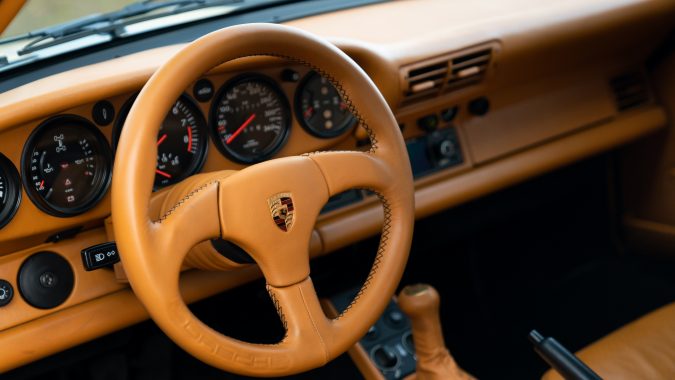 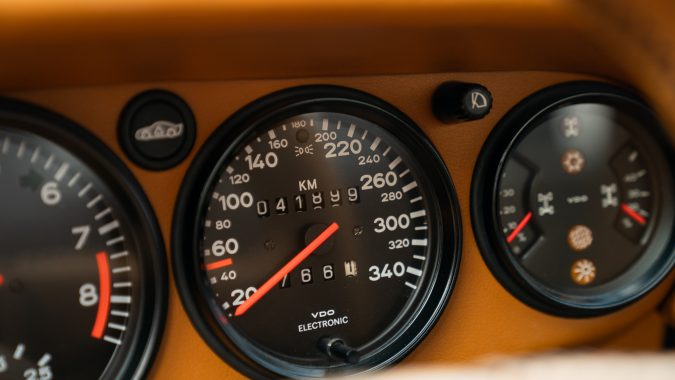 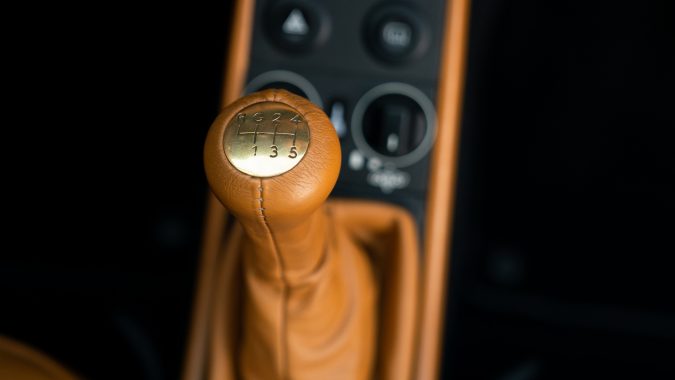 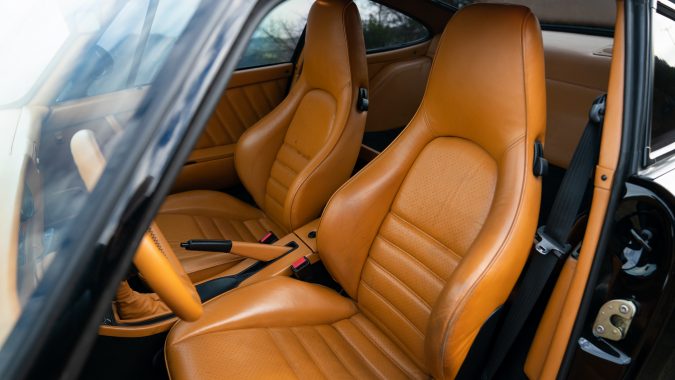 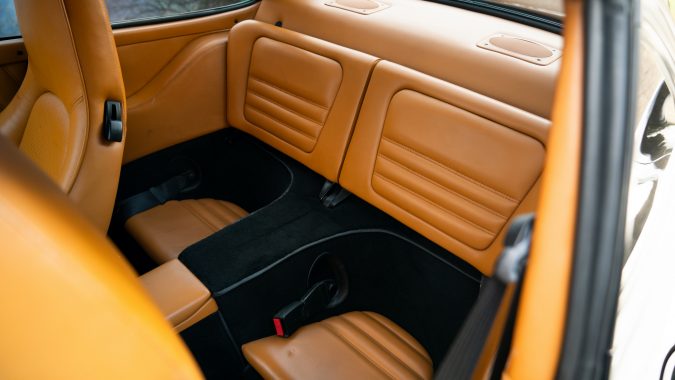 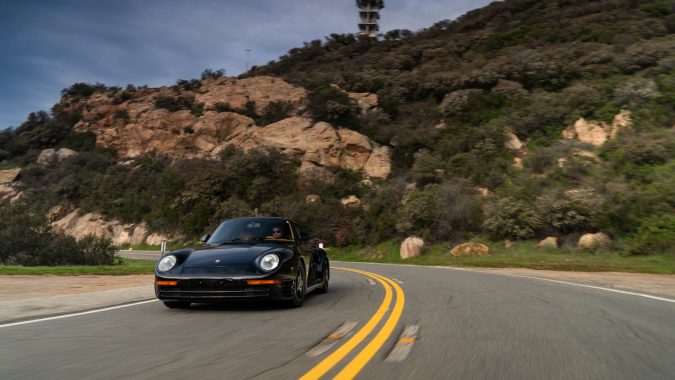 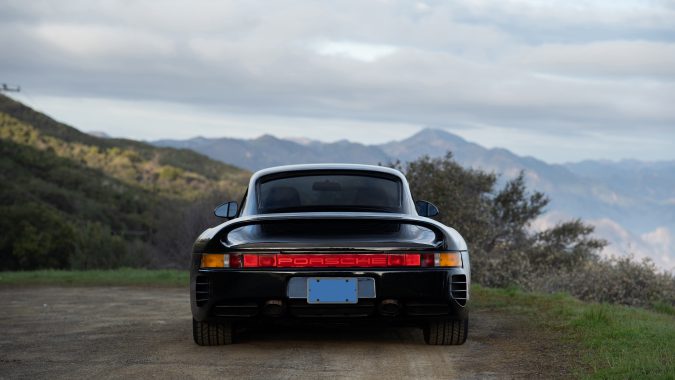 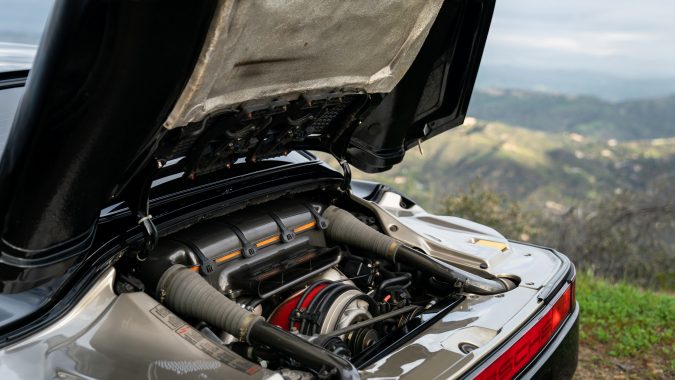 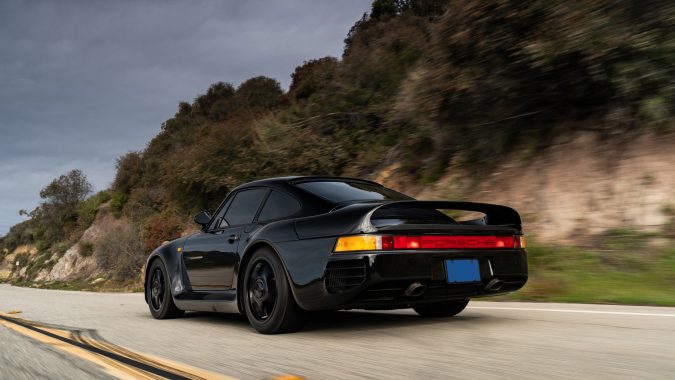