One of Four Goldfinger-Spec Astons Up for Sale

And it has all the working gadgets.

This is one of the most iconic cars the world has ever known. It’s an Aston Martin DB5, finished in Goldfinger spec it’s one of just four ever built. And it has all the working gadgets.

“Now this one I’m particularly keen about. You see the gear lever here? Now, if you take the top off, you will find a little red button. Whatever you do, don’t touch it.” “Yeah, why not?” “Because you’ll release this section of the roof, and engage and then fire the passenger ejector seat. Whish!” “Ejector seat? You’re joking!.” “I never joke about my work, 007.”

It’s one of the most memorable exchanges in cinema. When Q begins to explain just some of the many gadgets that Bond can find inside his custom made Aston Martin DB5. When Goldfinger was made, those gadgets really did work. Sort of. Turns out they were often one-offs that worked only if they could make the clever edits in the darkroom.

There were two cars built for Goldfinger, both loaned to Eon Productions for the film. When it came time for the next movie, Thunderball, Eon bought two more to help promote the film.

This time, the gadgets were fit directly by Aston, instead of by a Hollywood effects team. Bulletproof screen, smoke canisters, machine guns, special bumpers. They were all designed to work. Repeatedly. Well, maybe not shooting the guns, but they still pop out. 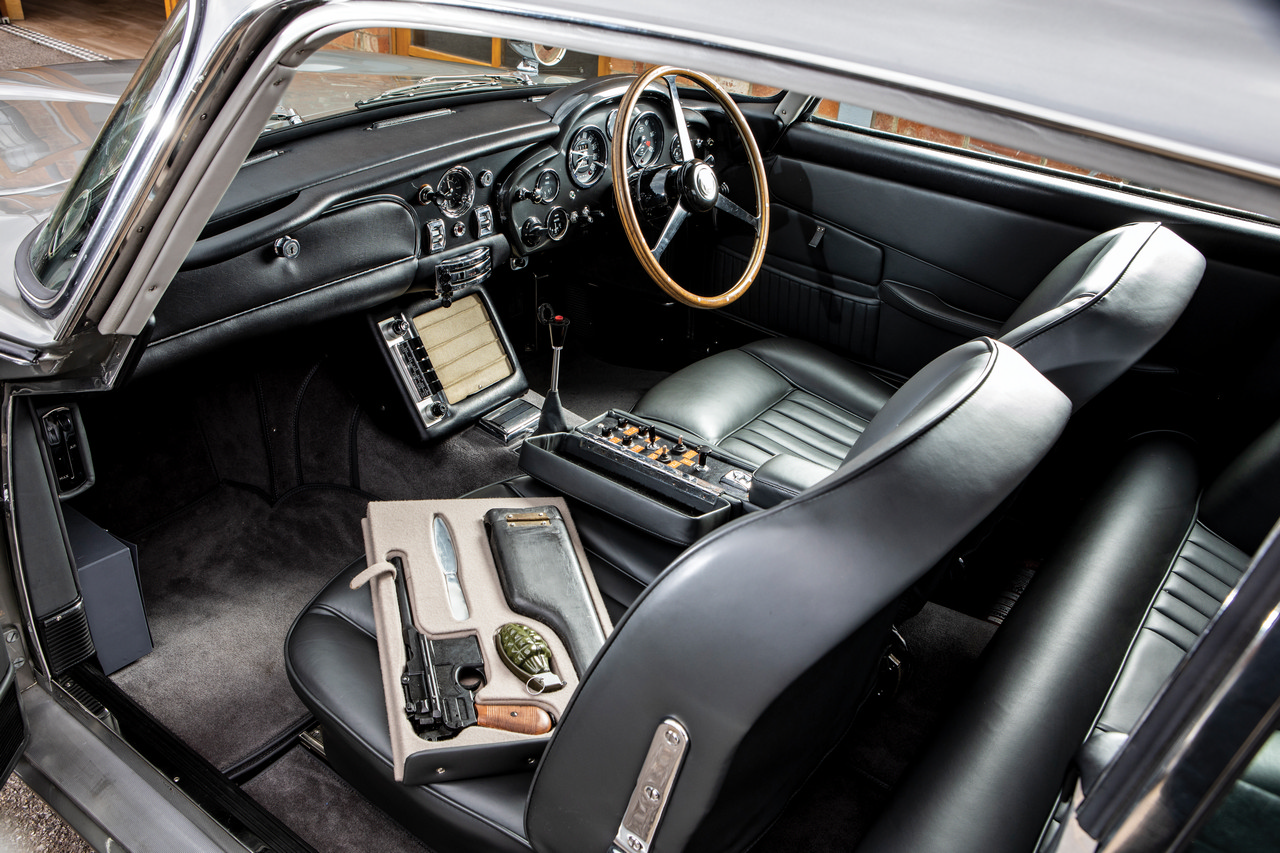 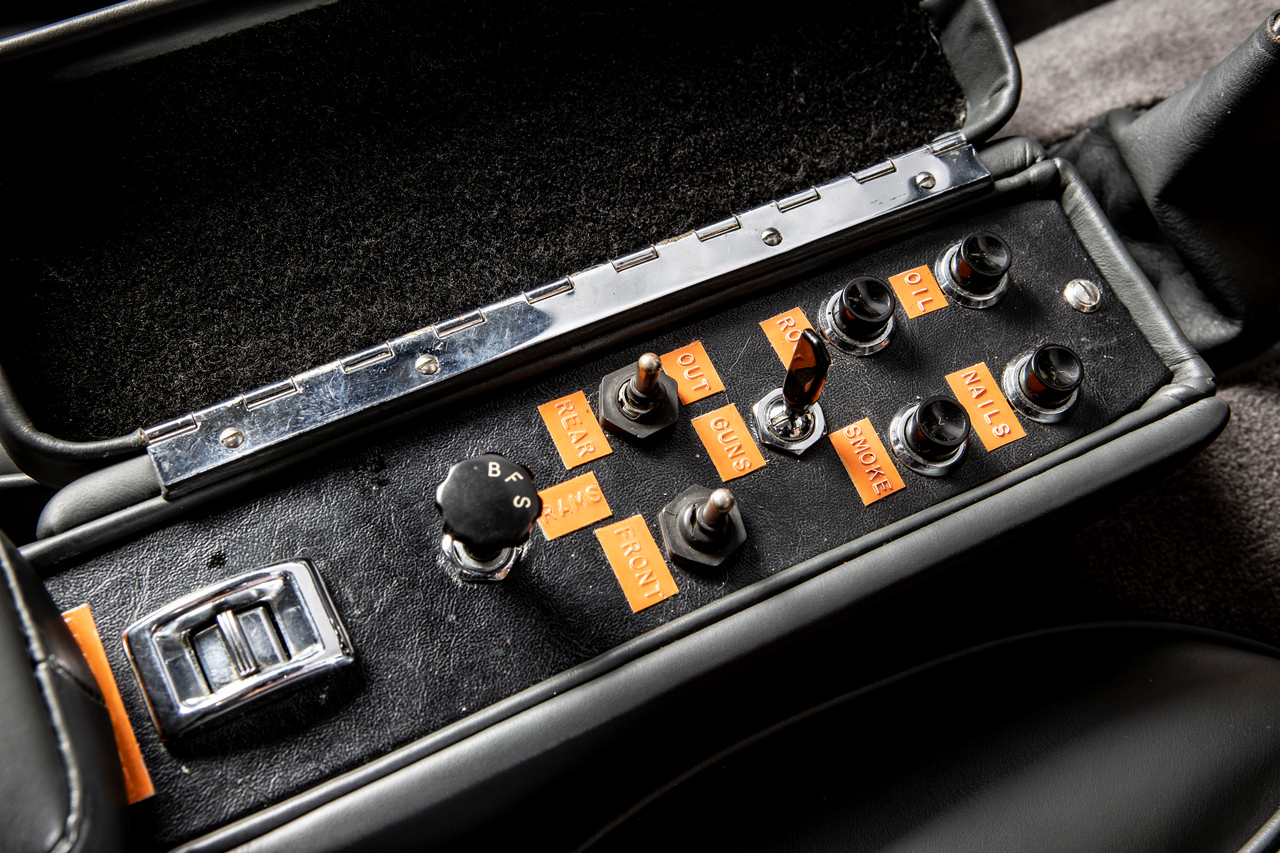 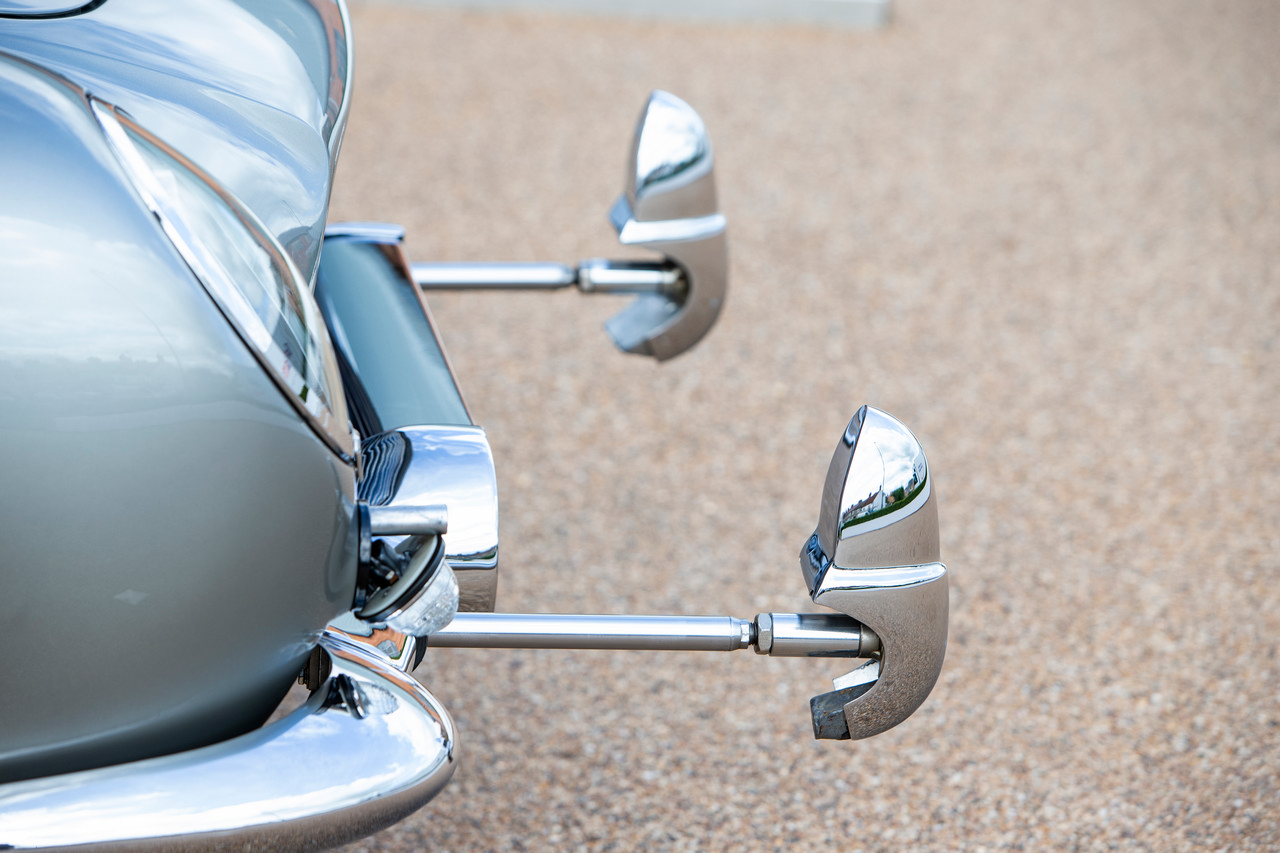 After the press tour was done, Eon sold this car to the owner of a car museum in Tennessee, where it rested in a wire-mesh cage for 35 years. On display without being ruined by fans looking for a touch or a piece.

In 2006, the car went up for auction. Some of Q’s devices were restored, but for the most part, the car was as it had sat. The new owner took it to Roos Engineering. A Swiss firm renowned for its restoration work and one of the handful of firms that are official Aston Martin Heritage Specialists. As part of the extensive restoration, all 13 of the gadgets were refurbished “to function as originally built”.

This is one of just four Goldfinger-spec cars built, and one of just three known to remain. And one of the three didn’t originally have any gadgets, just the exterior bits.

It wasn’t the car used on screen, but it might be better than the ones that were. Because it has all the bits, installed by the factory, and it’s had just three owners since new. And it’ll be up for auction with RM Sotheby’s in Monterey this August. 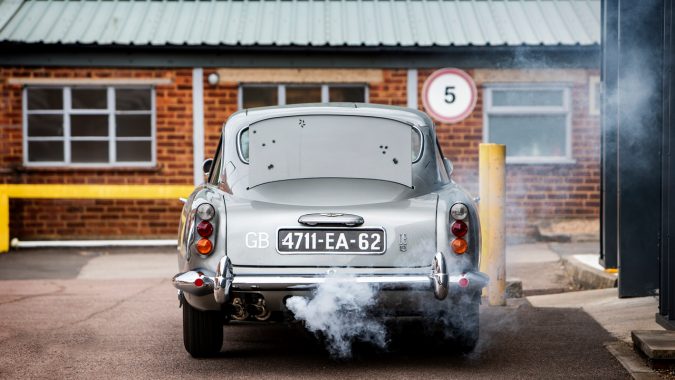 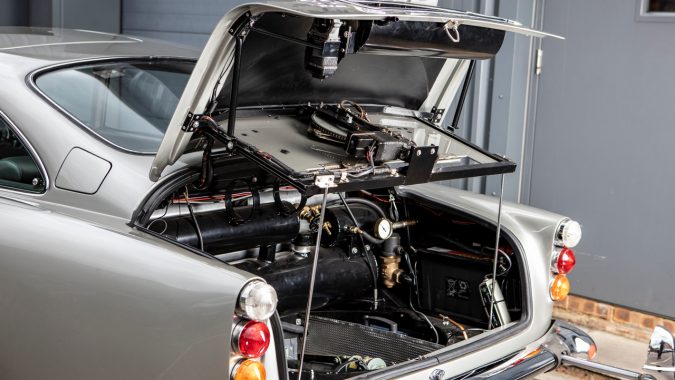 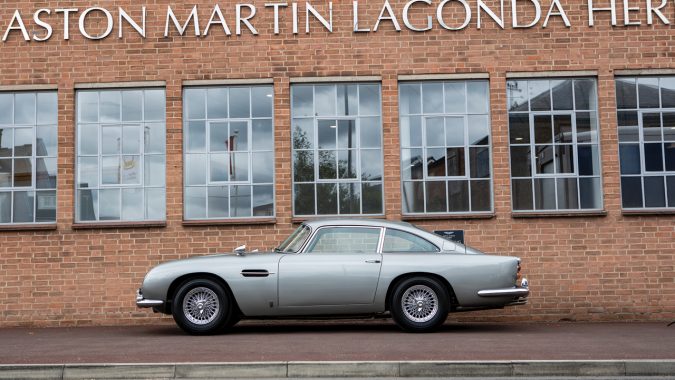 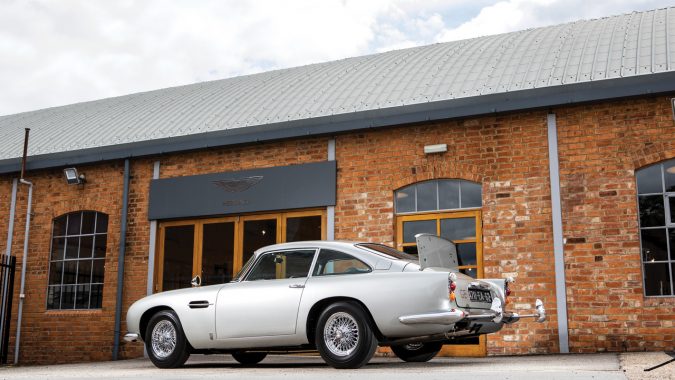 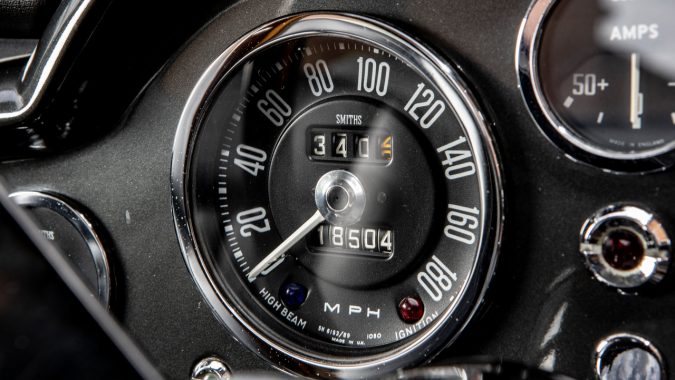 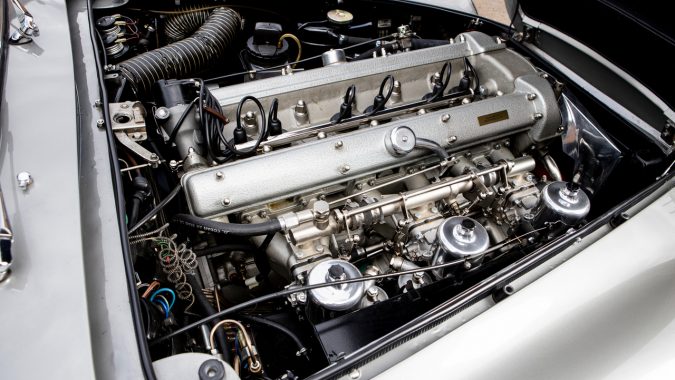 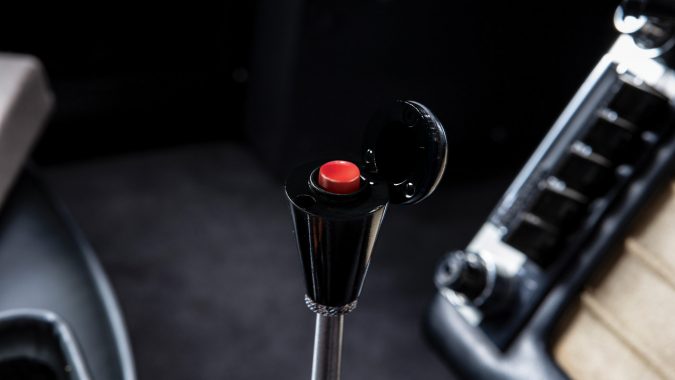 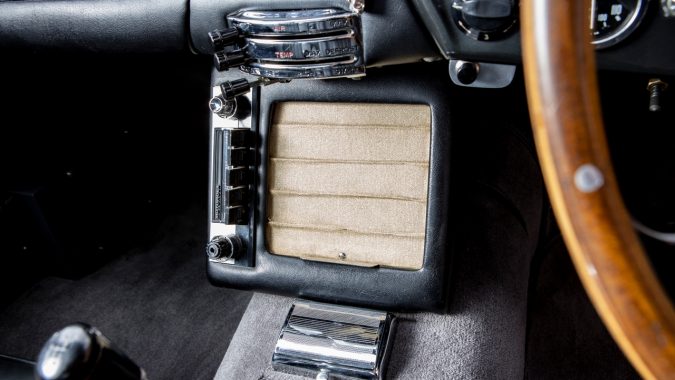 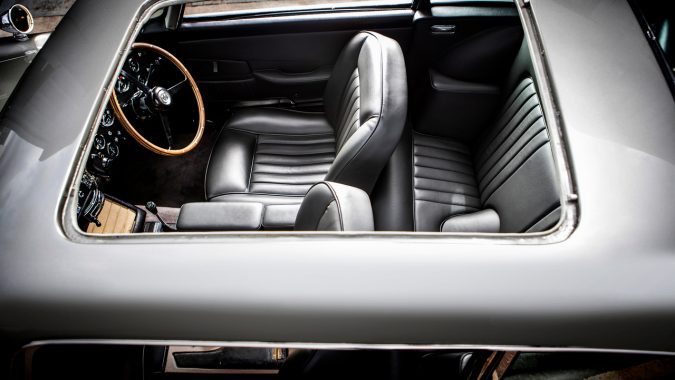 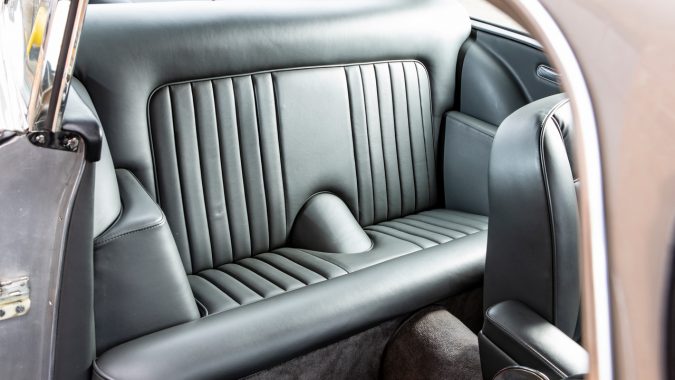 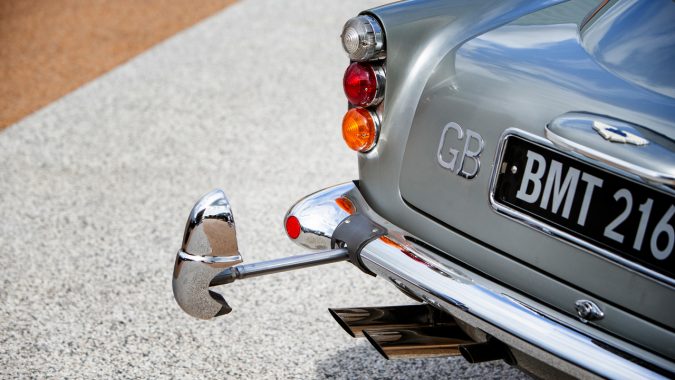 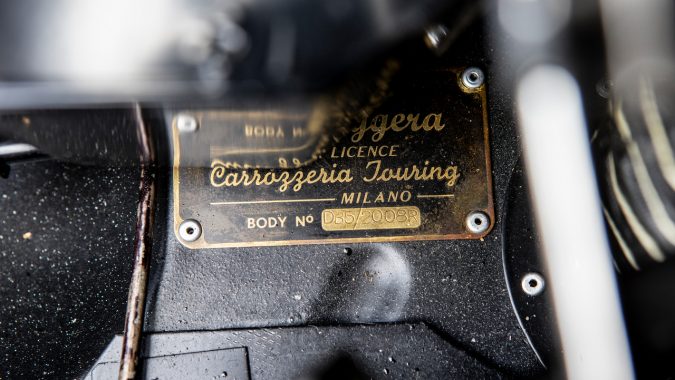