One of 77 Aston Martin Auctioned for Charity

The owner, Markus Jebsen, will donate the proceeds of the sale to African Parks

Join the Conversation (0)
One of the ultra-rare Aston Martin One-77s is going up for auction this weekend, and unlike most of these ultra-expensive supercars, the sale price will be going to help stop a few other things from becoming equally rare. The proceeds will support wildlife parks in Africa.

The One-77 was first shown in 2008 as a prototype, at the Paris show. It wasn't long after Aston's separation from Ford, and the company needed to show that it was still here, and still ready to build its boutique supercars. The completed car was shown in Geneva a few months later, and it took Aston's then-current design cues and turned them up to 11.

Wider, lower, bulkier, and just far more presence than any of Aston's other offerings, it was still clearly related. It just had more of everything with that huge Aston grille and enormous rear haunches. Better yet, this one offered some serious custom work. Each fender, for example, took three weeks of panel beating from a single worker to put the shape into the aluminum stock.

The chassis was carbon fibre, tipping the scales at just 180 kg, helping to keep the weight down. At least by supercar standards. 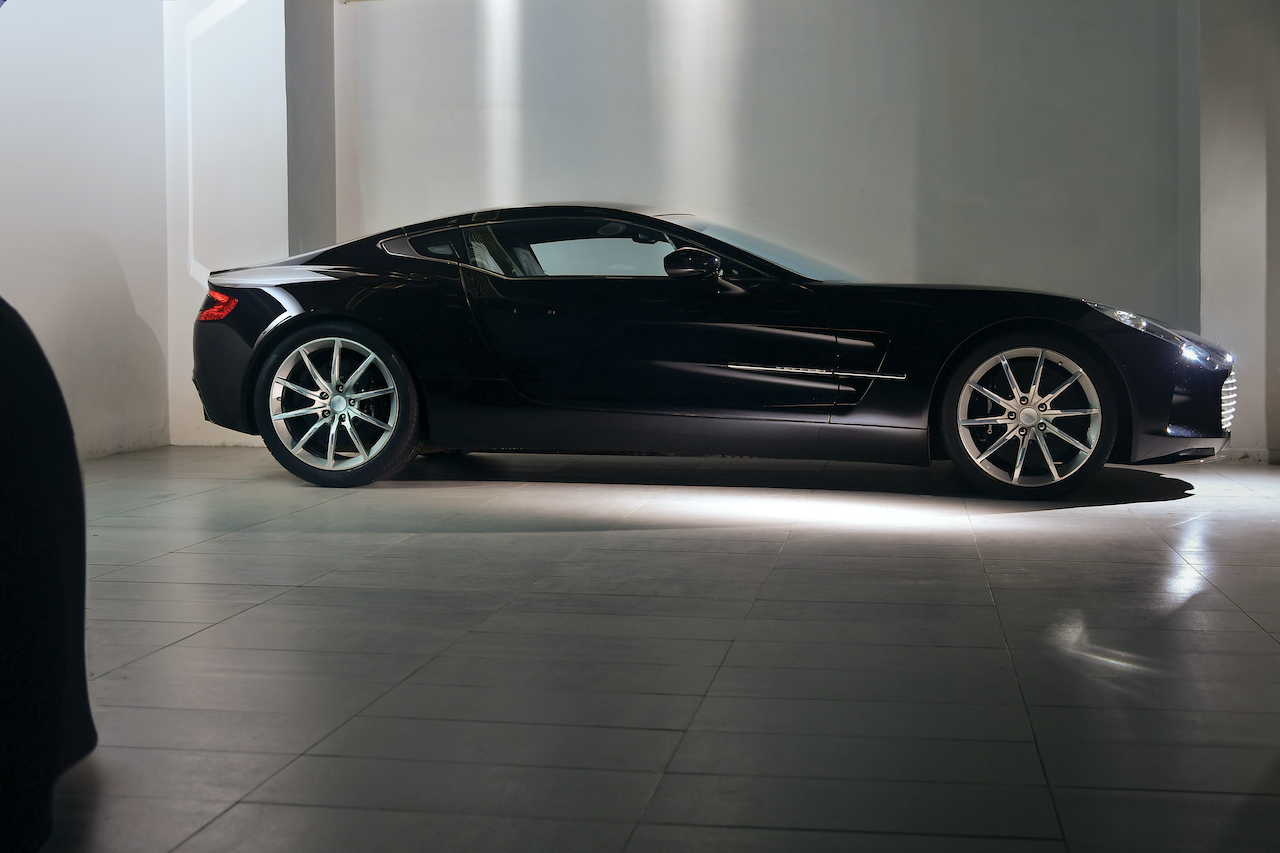 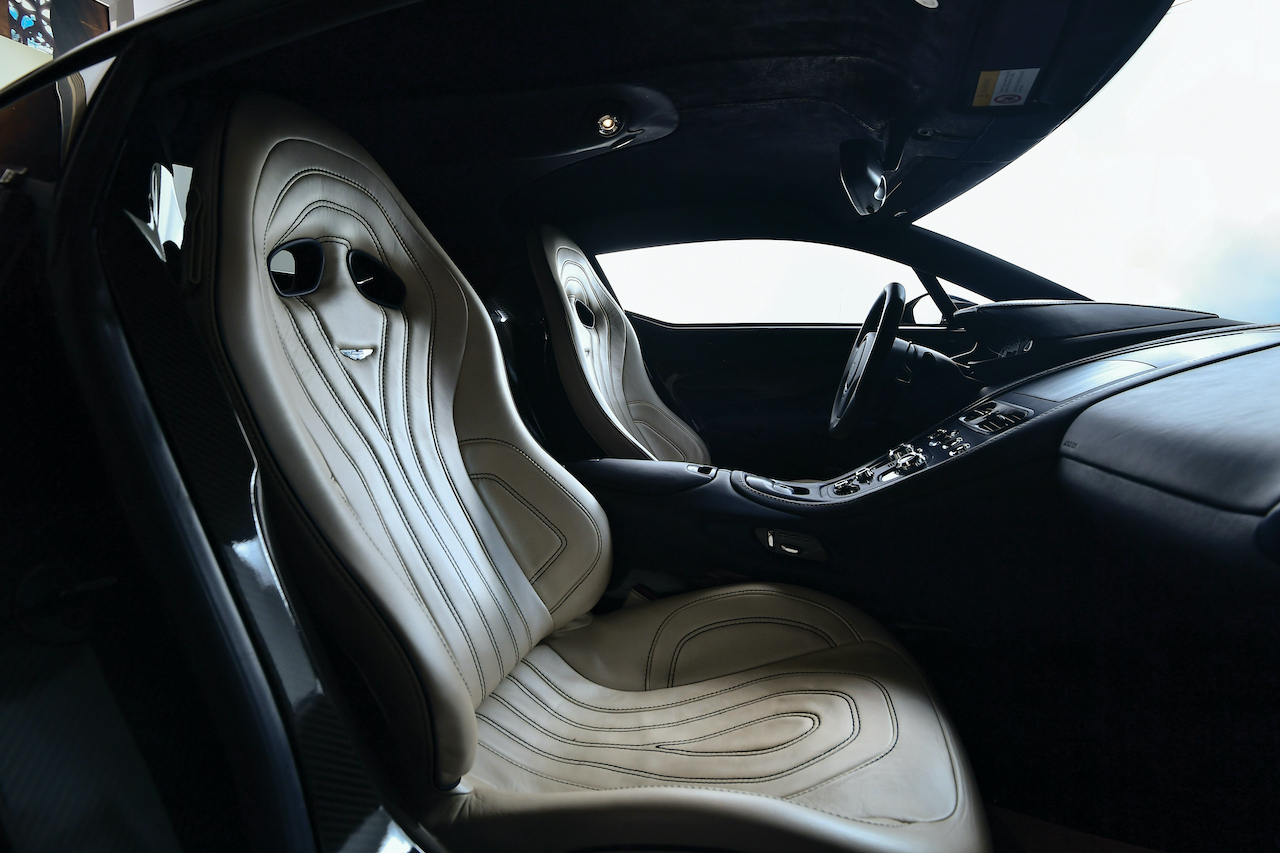 Under the hood was a 7.3L iteration of the brand's V12. One that had been reworked by the engineers at Cosworth to put down 750 hp and 553 lb-ft of torque. That's 240 hp more than the DBS V12 managed from the 5.9L version of the engine. Thanks to dry-sump oiling, the engine sat 10 cm lower, sending power through a stronger version of the DB9's six-speed stick. The suspension was fully adjustable, lowering at high speeds, and carbon-ceramic discs were fitted.

Like the name suggests, Aston built just 77 of these, and this one is number 38. It was completed in 2011, and sold to Markus Jebsen, a Danish nature conservation philanthropist. The car was finished in black pearl and trimmed inside with blue leather and blue accents. 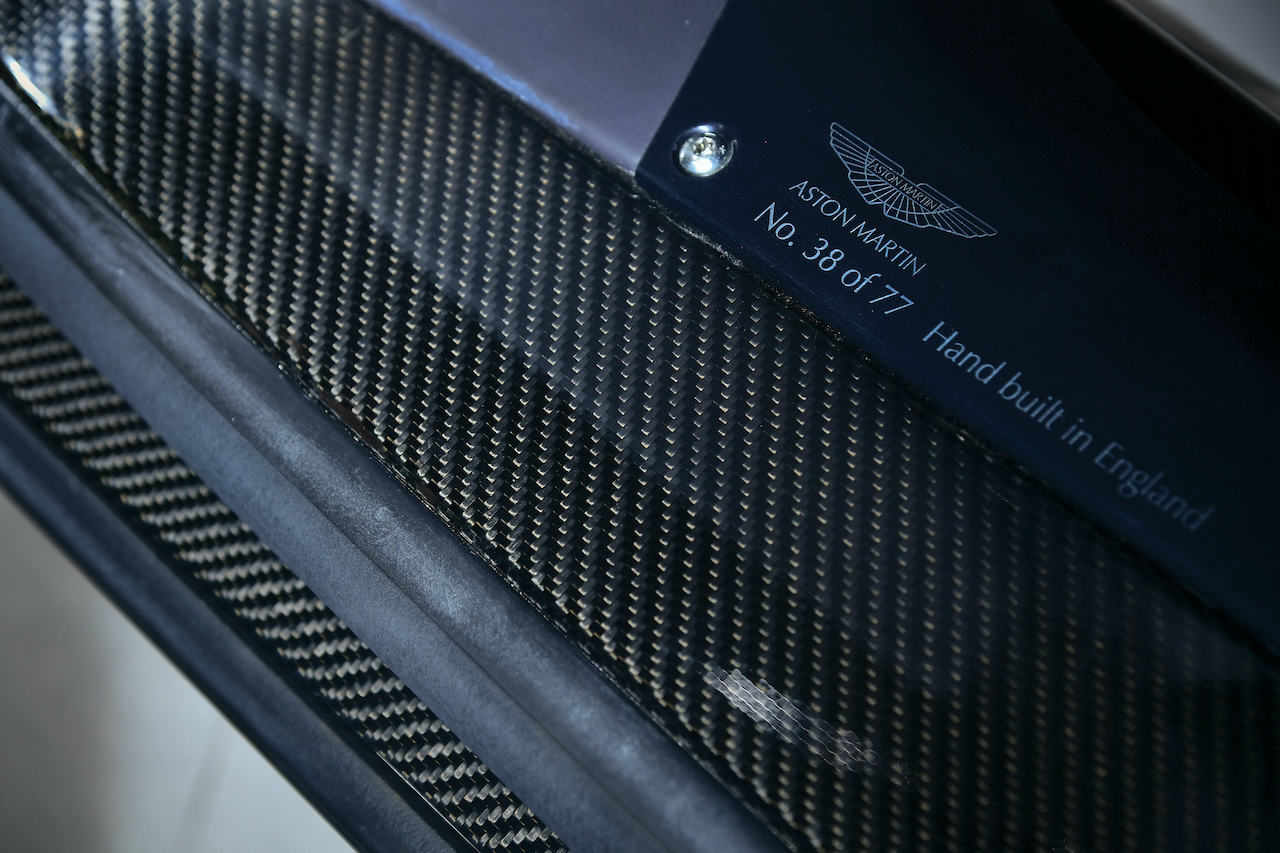 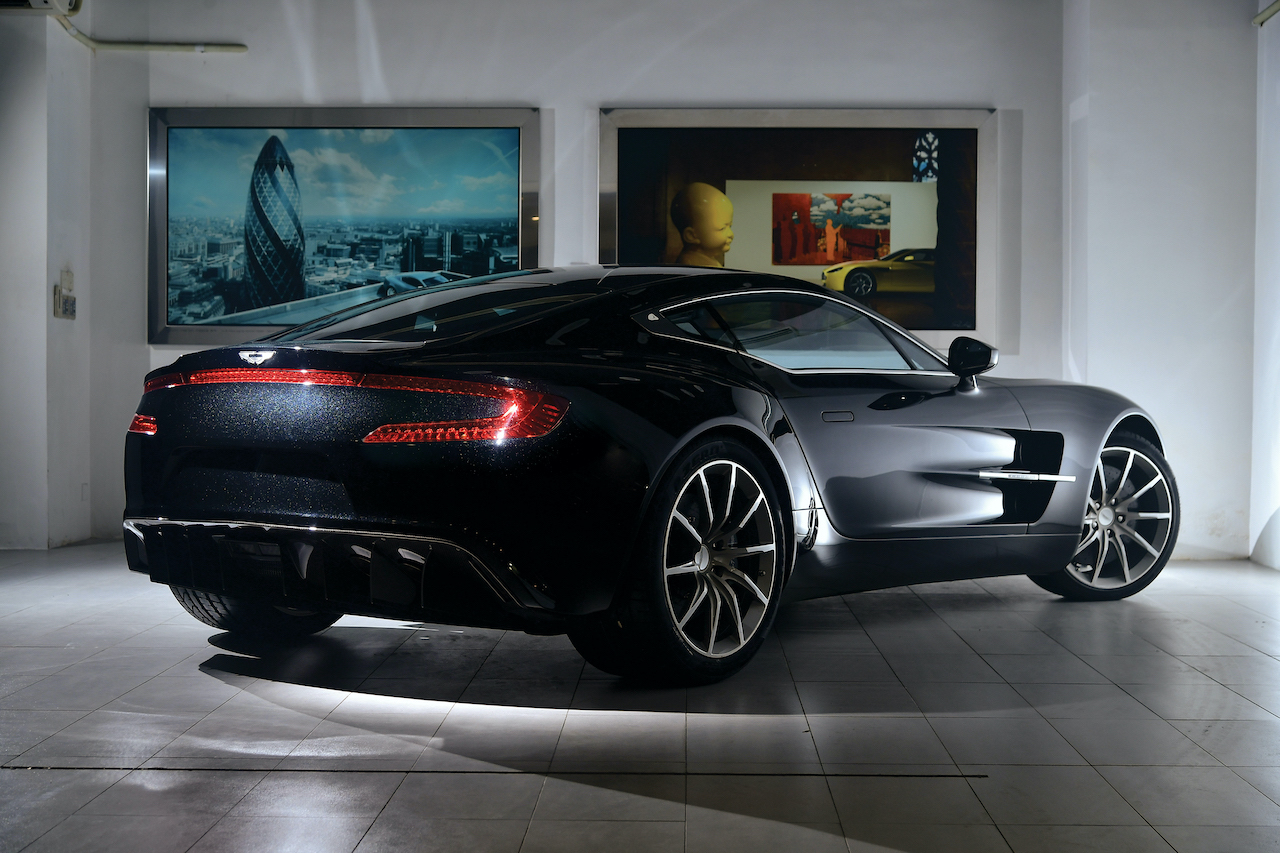 Since new, the car has covered fewer than 1,000 km, the sad fate that befalls nearly all such one-off specials. The owner, Jebsen, is involved with African Parks, a nonprofit that partners with governments and has Prince Harry as its president and manages 10.5 million hectares of parks throughout Africa. The seller, when the car goes up at RM Sotheby's Abu Dhabi show this weekend, will donate the proceeds of the sale to African Parks.