Mazda Canada brings the milestone edition of the beloved roadster to its Richmond Hill headquarters.

The one-millionth Mazda Miata ever produced made the only Canadian stop on its World Tour at Mazda Canada’s headquarters in Richmond Hill last Sunday.

The one-million mark further certifies Miata’s Guinness World Records-supported claim that it is the most-produced roadster in history.

The tour began in Japan, and worked its way through Europe and the U.S. From here, it proceeds to Australia and back to Japan, where it will reside in Mazda’s museum.

It is also being autographed at each stop, following the precedent established when it rolled off the line in Hiroshima. The engineers and technicians who built the car started writing their names under the hood, and it is now almost covered by hundreds more.

Among the names is that of Tom Matano, officially the ‘father’ of the Miata. Interestingly enough, he seems to have spelled his name wrong, missing the second ‘a’! I know from personal experience that using the specific type of pen needed to make these autographs on painted sheet metal isn’t easy, so maybe he just slipped up.

Also, the pre-applied grid allows very limited space for each signature. I don’t know what Joachim Wunnibald Kedjerzikowski would have done. Then again, I don’t think he was there …

You may also like: Mazda MX-5 roadster wins World Car of Year title

I did search for the name of Bob Hall, a former automotive journalist who was a designer with Mazda U.S.A., and who originally sketched what became the Miata on a cocktail napkin. It turns out he has yet to sign the car; I’m sure he will when he gets the chance. 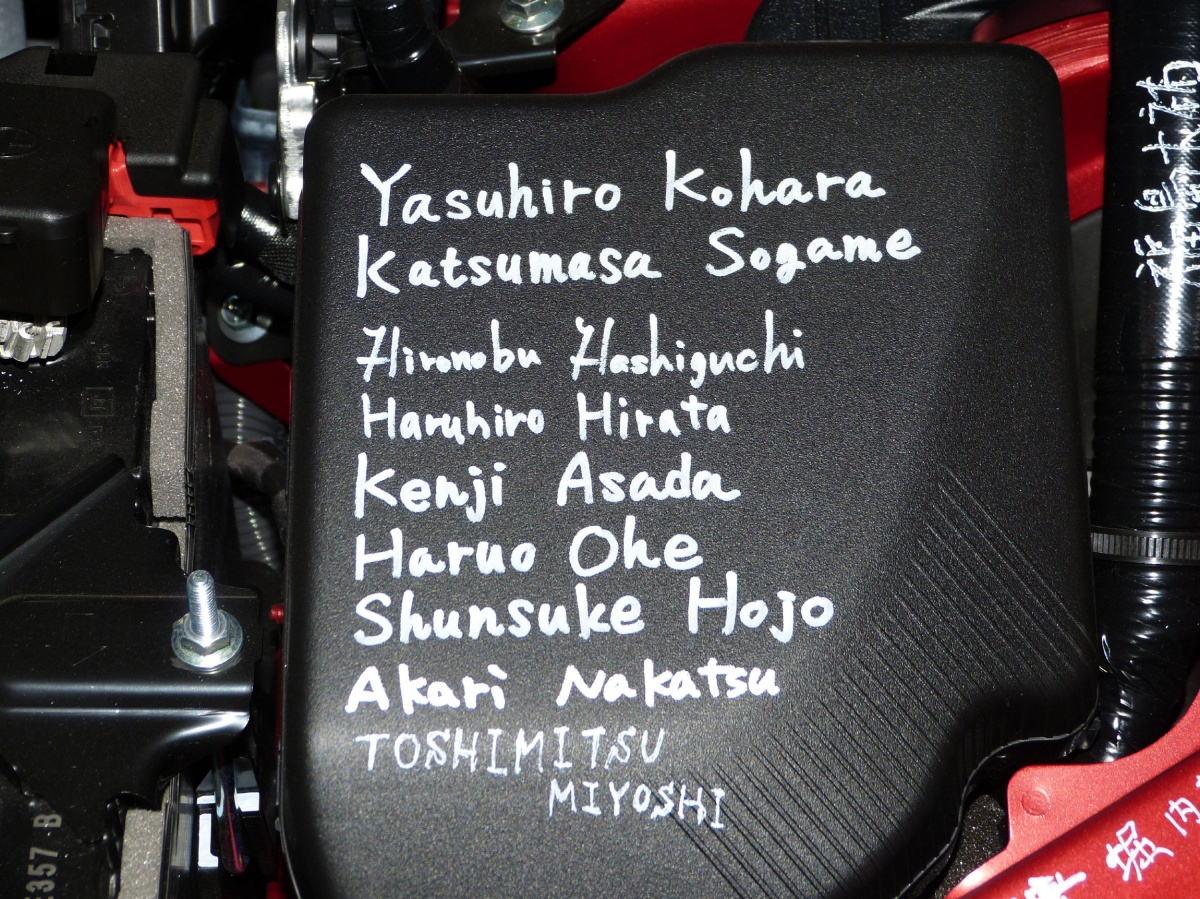 The one-millionth Mazda Miata gets autographed in Richmond Hill

At the Richmond Hill stop, Mazda Canada invited members of the various Miata clubs across the country to join in. They had room for 250 names, and were oversubscribed.

Pat Patterson and his guest Angela Raposo actually drove his Miata all the way from Vancouver for the signing, an indication of the affection people feel for this car.

And why not? As I noted in my ‘Ten Most Significant Cars in the History of Wheels’ story a couple of weeks ago, the Miata was intended to be an MGB that didn’t leak oil on your driveway.

It’s all that and more.

Fun to drive, economical to buy and run, reliable as a brick through a plate-glass window — if there were some sort of prize for the car which best achieves the goals its designers set out for it, the Miata would win in a walk.

Ours, a 1999 NB (that’s ‘Miata-speak’ for second-generation) in Japanese racing green (my little joke …) with tan roof and tan leather upholstery has 124,000 kilometres on it, and yes, despite the inclement weather, I drove it top down to and back home from the event.

Sure, the top is dead simple to erect and lower.

But heck, a little rain never hurt anybody.

And the sun always shines, at least metaphorically, when you drive a Miata. 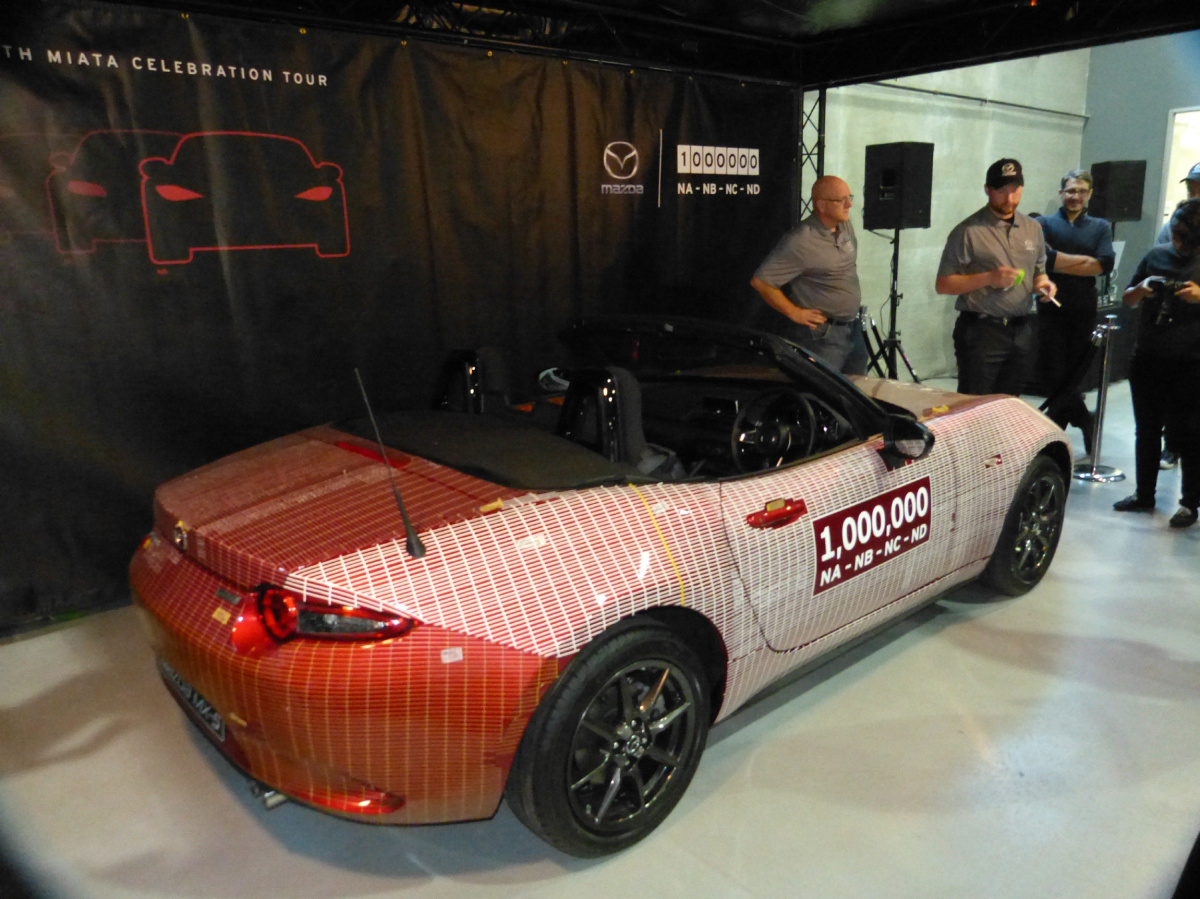 The one-millionth Mazda Miata gets autographed in Richmond Hill