On the front lines of parking

Valet industry changing to meet the needs of clients, COVID-19 and congestion

Join the Conversation (0)
In the upcoming Disney+ movie “The Valet,” the titular character Antonio goes above and beyond to serve one of his clients. After he parks her car, a famous movie star played by Samara Weaving, he is convinced to act as her boyfriend as cover for a relationship she’s having with a married man.

In real life, the job of a valet does involve passion, but it’s usually a love for the fine automobiles left in their care.

“If the valet is not already a car buff,” said Jordan Clazzer, valet manager at the Four Seasons Hotel Toronto, “it is only a matter of time until they become one. Everyone on our team shares an underlying passion for vehicles. To witness the wide range of vehicles that arrive is truly special and it is difficult to not get excited.”

Clazzer said it can be difficult to contain the nerves that come along with parking a high-end car. “Our team does not focus on the value of the vehicle, but rather each vehicle’s unique shape, size and configuration,” he said. “All vehicles are treated with the upmost respect, care and attention and as a professional valet parking service, we endeavor to return your vehicle the same way it was delivered to us.”

The trick is to contain that delight – and fear of accidentally scratching a vehicle – while driving it from the hotel door to parking lot, said Robert Hookey, who has worked as a valet in Niagara Falls for 20 years.

“If somebody pulls in driving a ‘Fast & Furious’ car, obviously you've got to be extremely careful, but you don't want to let that get in your head either, otherwise you're going to have a problem,” he said.

A lot of places now have cameras,” added Hookey. “When a car first pulls up, the cameras take all kinds of pictures of the car, making sure that if there is any damage it is recorded. Before the valet would have to walk around and mark any damage on the back of the tag.” 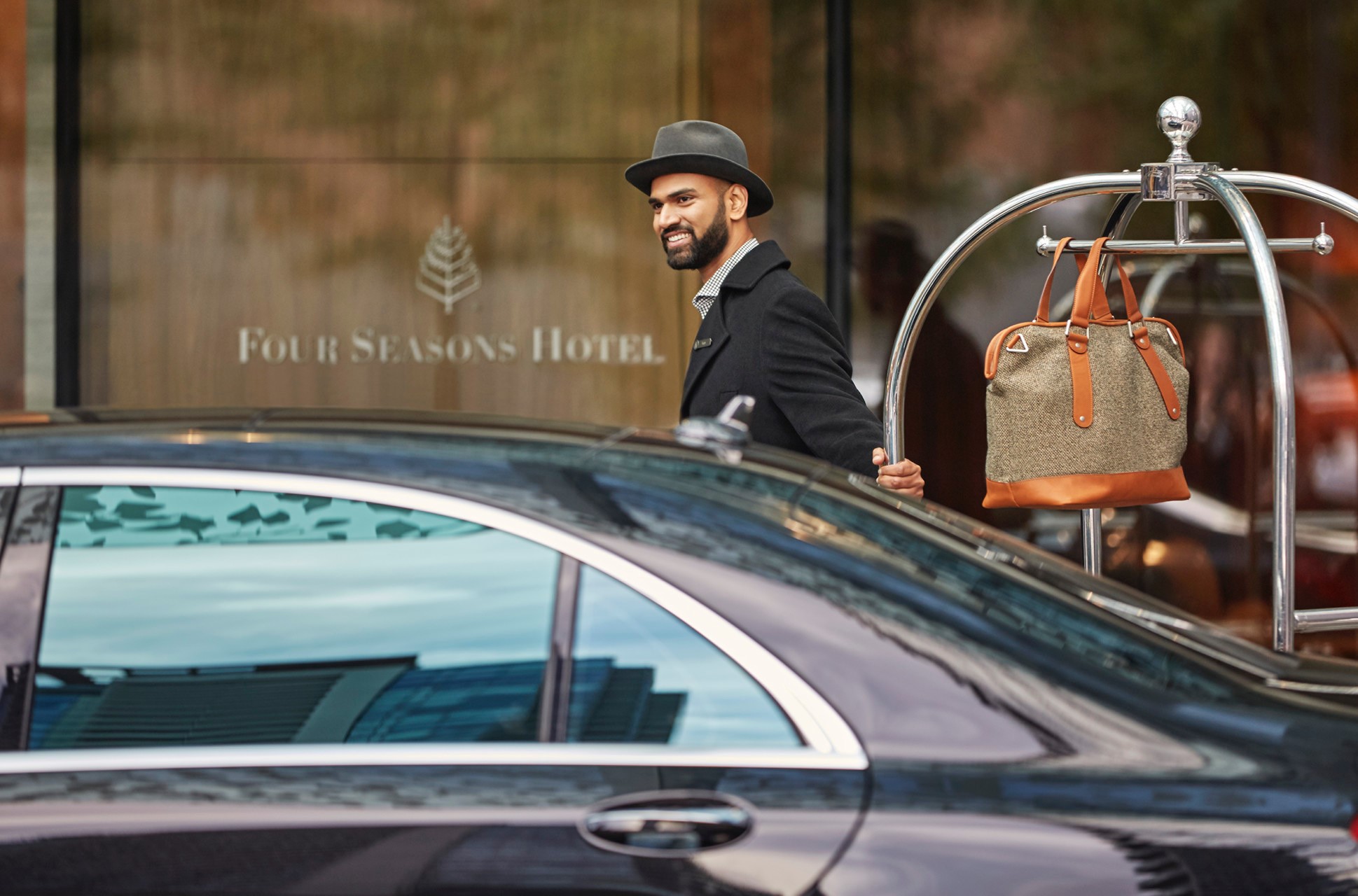 Like all businesses that deal with the public, COVID-19 has brought changes to the valet industry. For example, to ensure efficiency and safety, Clazzer said the Four Seasons had to, “rethink how we approach valet parking service.”

“Initially, we had our focus set on creating a touchless service for our guests, which led us to launching an SMS [short message service] Valet Ticket,” he said. “The demand was greater than expected and we plan to leverage that momentum to further empower our guests. Currently, we are exploring additional options to simplify the process to possibly include payment through a QR code.

He said another focus is for the hotel’s valet team to help instill confidence and place its guests at ease from the first moment they are approached. 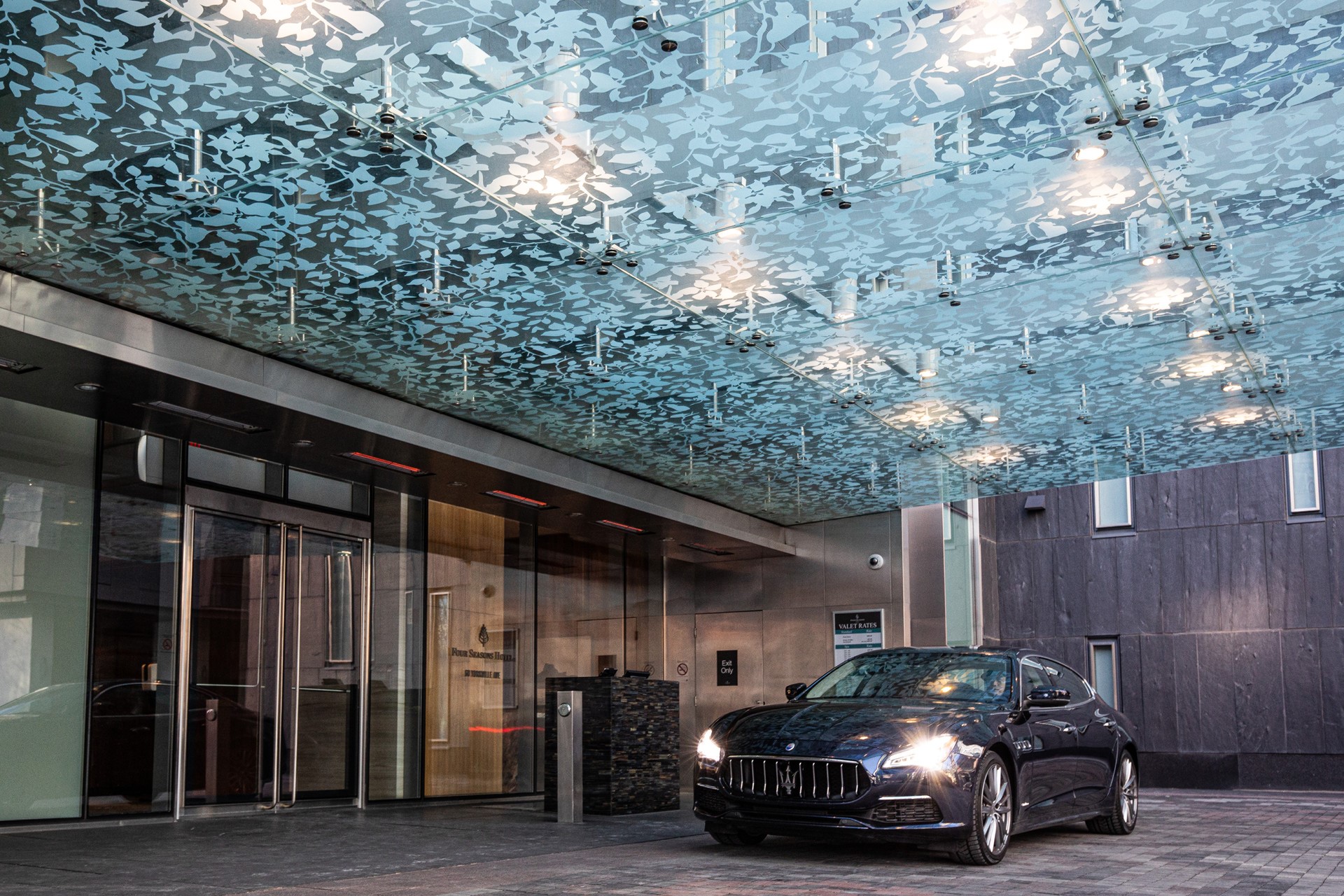 However, the most fundamental change in the valet business may be in the way the job has developed as our cities have changed, becoming larger and more congested.

“Valet parking has evolved from a luxury to an essential service in the context of a large metropolitan city with heavy tourist traffic,” said Clazzer. “Living in a dynamic city like Toronto, even local guests find it difficult to navigate our city. Having a trustworthy and reliable valet parking service only adds to guest experience.”

Despite the changes and challenges of the pandemic, Clazzer said the job has remained a “fast paced and rewarding work environment.” The key to success as a valet is taking pride in the job, said Hookey “Even though you're really busy you should try to make a connection with people. If you do, you're going to find that you really like it and you're going to do better that way.” 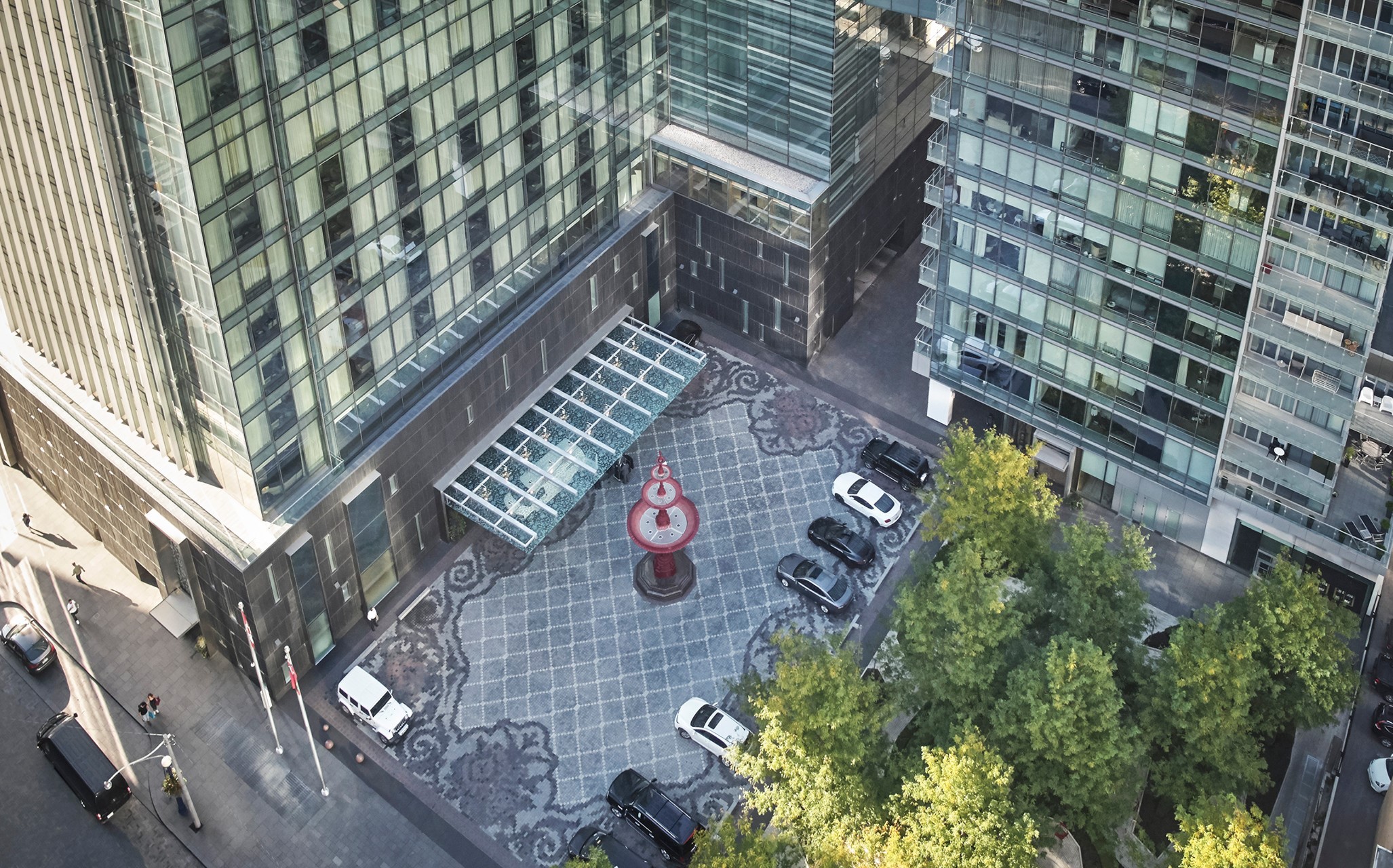 The traditional values of hospitality in the valet occupation have stayed the same over the years, but the way of doing business has changed. In addition to parking your car, customers can request a carwash or detailing service, refueling and vehicle servicing appointments at some valet services. “We strive to meet the needs our clientele,” said Clazzer.

Parking lot aerial shot: Valet parking was once viewed as a luxury, but Jordan Clazzer, valet manager at the Four Seasons Hotel Toronto, argues that it is becoming a necessity in a congested city like Toronto. Locals and tourists may find it difficult to find good parking spots, so a valet takes some of that stress away.