I was part of a conference call last Thursday with Mercedes-Benz F1 driver Nico Rosberg that was arranged by Normand Prieur, who handles some of the communications for the Formula 1 Grand Prix du Canada.

Back when I got interested in the motor sport, drivers in pursuit of road racing glory had an awful lot to do, and to manage, when driving their cars.

They had to drop the clutch to get going, had to heel-and-toe to keep the revs up while changing gears at speed, actually had to shift those gears up and down depending on feel and the reading on the tachometer, had to manage their brakes and fuel mileage and – oh, yes – had to steer the car around corners and past other cars.

These days, it’s probably as hard – but in a different sort of way. It’s more the ability to think faster than a computer, rather than the heaviness of the foot on the fuel pedal, that really counts.

But as the sport evolves, there’s no doubt that some things are getting easier.

I was part of a conference call last Thursday with Mercedes-Benz F1 driver Nico Rosberg that was arranged by Normand Prieur, who handles some of the communications for the Formula 1 Grand Prix du Canada. At one point, a reporter asked Rosberg about brake wear, specifically on tight circuits like Circuit Gilles-Villeneuve in Montreal.

What Rosberg said surprised me. But first, a little background. 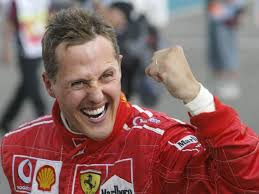 In recent years, we’ve all become familiar with the acronym KERS (Kinetic Energy Recovery System). KERS worked by capturing energy created by braking and transforming it into electrical energy. KERS is now so 2009. It has been replaced by the acronym ERS, which stands for Energy Recovery System (no “K”) and includes, as well as energy from braking, waste energy created by the new turbocharged engines.

This additional energy – or some of it, at least – will allow electronic control of the rear brakes. And what that means is braking in a Formula One car will be that much easier. Said Rosberg:

“The whole idea of doing electronic brakes is we will have brakes that are perfect, which you could never achieve if you kept them mechanical,” he said.

“It is great to have electronic brakes because it will get me closer toward perfection. We are already at such an advanced stage that we can already say that we are better than if it were mechanical. We are really making big progress there. ”

So if I understand Rosberg correctly, brakes are one less thing he and the other drivers now have to worry about. Of course, as he answered in another question, that doesn’t mean he still doesn’t have concerns about his car’s reliability.

“My car has three and a half thousand components,” he said. “Each of these components is custom-made, new, for this year. Every single one can fail. To get every single one of those three and a half thousand components reliable is a huge challenge. One little thing going wrong can ruin an entire weekend if I don’t get to race. It is so difficult to get everything 100 per cent reliable.”

Rosberg said that he and his teammate Lewis Hamilton are optimistic about the season going into Australia next weekend. 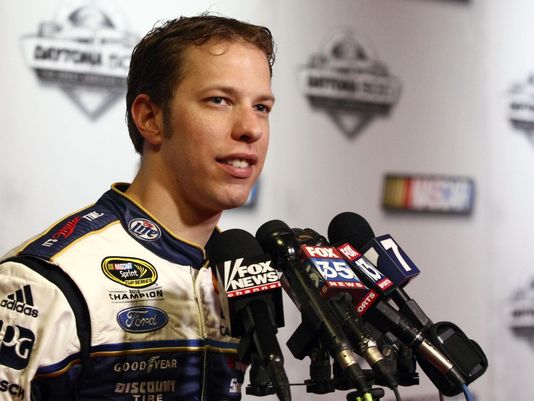 “In general, we’re pleased with the testing and the progress that we’ve made; we’re looking good. I don’t know how good – we have to wait for Melbourne now – and reliability also is a small concern. We’re not at 100 per cent yet but it’s an area that’s got the highest priority.”

I got to ask a question about his father, Keke Rosberg, who became world champion in 1982. He had come to Canada in the 1970s to learn to race professionally. He ran Formula Atlantic and was up against Gilles Villeneuve, Bill Brack, Bobby Rahal and others. I wondered how much influence he’d had on his son’s career.

The answer, as you can imagine, got a big laugh from the other participants.

“That question is the one I’ve heard most in my career,” Rosberg said, before adding: “I am very proud of what my father has achieved. He is my inspiration in my direction in life as well as in racing. It was through him that I discovered it (racing) and that I have a passion for it.

“He’s often guided me all these years and at the same time I’m very lucky because he knows when to step back. He doesn’t come to the races, which I think is a good thing. It lets me do my own thing and to learn myself; to make my own progress.

“I’m very grateful for the support he has given me.”

As a father to another’s son, I will say: “Good answer, Nico.”

Now, for those of you who missed reading my annual interview with Canadian F1 expert Gerald Donaldson that was published in Toronto Star Wheels last Saturday,  you should know that Gerry picked Rosberg to win the championship this season.

I did not disagree, although I suspect the Mercedes-powered Williams (Felipe Massa) will also be in the money.

TV TIMES: The good news is that the 2014 Formula One season starts this weekend. The bad news is that the first race is on the other side of the world and you’ll either have to watch it in the middle of the night or record it for morning viewing later.

IndyCar isn’t going yet so the only other racing next weekend with be NASCAR. The Food City 500 Sprint Cup race from Bristol will come on TSN Sunday at 12:30 p.m. The Nationwide race will be on TSN2 Saturday at 1:30 p.m.

Brad Keselowski swept both NASCAR races in Las Vegas, winning the Nationwide on Saturday (not a bad crowd, either) and the Sprint Cup race Sunday (pretty much a packed house) after Dale Earnhardt Jr. ran out of fuel on the last lap.

Keselowski was delighted he was able to take a Ford to Victory Lane on the same day that William Clay Ford Sr., the grandson of company founder Henry Ford, passed away in Detroit.

The win also locked him in to the Chase in the fall, now that winning is the name of the game in NASCAR’s top circuit. The 2012 champion missed the playoffs last year and said after the race Sunday that he was really glad to have won so early in the season because now he wouldn’t have to put up with questions about the Chase all summer.

Earnhardt held on to finish second (he now has a first-place finish and two seconds after three races so far this year), with Paul Menard third, Joey Logano fourth and Carl Edwards fifth.

On Saturday, Keselowski held on to finish ahead of Kyle Busch, with Kyle Larson third. All three are regular Sprint Cup drivers in a league that’s supposed to be primarily a training ground for aspiring Cup drivers. In fact, seven drivers in the Top Ten in Saturday’s race were Cup drivers.

Several years ago, NASCAR – in an attempt to keep the “NHL players” from dropping down to win all the races and all the money in the “AHL” – demanded that at the beginning of the season all drivers had to designate the series where they would run for points, the thinking being that perhaps the top dogs wouldn’t bother running with the hounds if there was no chance of winning a championship or serious money for finishing high up in the points.

It didn’t seem to work, however, and earlier this season NASCAR mused about taking other action to discourage their big guns from beating up on the small fry.

It’s hard to figure out how they’ll be able to do that, though. NASCAR considers all the drivers to be “independent contractors.” There are right-to-work laws in most U.S. states and there is federal legislation against restraint of trade.

So other than doing what they’ve done with the points, I don’t know how NASCAR could get away with telling – say – Dale Earnhardt Jr., who owns a team in the Nationwide Series, that he can’t drive for his own team. Ditto Kyle Busch, who owns a team – and drives for it –  in the Camping World Truck Series. Or telling Kevin Harvick that he can’t be hired to drive a car in the Nationwide. And on-and-on.

Can’t do it. So shouldn’t talk about it.

The word from that hospital in France where Michael Schumacher has been treated since he suffered that terrible skiing accident in January is not good.

Sabine Kehm, who has been Schumacher’s PR manager for years, said Friday that the seven-time world champion, “is still in a wake-up phase – the situation has not altered.”

But sources are saying that only a miracle can save him now, that the fact he is apparently not responding is an indication that the prognosis for recovery is dismal.

An expert on brain injuries told the London Mirror:

“A brain injury like this can result in problems with movement, speech and communication, thinking ability, memory and mood as well as the ability to carry out normal day-to-day activities.

“Doctors will still be trying to bring him out of his coma but it is very difficult to say how long this might take or when they might be able to accomplish this.

“Brain injury patients can remain in a coma for months and sometimes years.”

In 2004, when Schumacher won that year’s Canadian Grand Prix, I watched as he delightedly went to each and every person on the Scuderia Ferrari to thank them for a support job well done.

He bounded with enthusiasm to shake the hands and exchange congratulations with the guys who were packing up the team’s gear for it to be loaded onto a plane for the flight back to Italy. He left no one out and was so very happy and so very alive.

And now, although it’s not factually correct to say he’s not, technically he’s not and that’s tragic.