A Glimpse into the World of Oddball Kustoms

A taste of a fully custom lifestyle with the chief oddball, Stony Smith at his little shop in the woods of Ontario ski country.

A visit with Stony Smith, one of Canada’s most respected custom car builders involves a jaunt past Southern Ontario farmland, before turning down a snow covered, unmarked gravel road, leading to the top of a ski hill. Hundreds of school kids clamber off the ski lift and schuss down the piste, oblivious to the creative madness that is happening just a couple of hundred metres away.

The scent of wood smoke hangs in the air among the trees surrounding the shop, where the proprietor of Oddball Kustoms plies his trade. A crisp layer of newly fallen snow crunches under foot as one explores the eclectic collection of past, present and future project cars scattered around the compound.

The open exhaust pipes of one of Smith’s more notable creations, dubbed Rus-T, are coated in a blanket of glistening white crystals, next to a vintage flat front GMC van that has seen better days.

Footsteps in the snow lead one past an old truck which looks like it may have been liberated from the set of MASH to a doorway which has been heavily decorated with hot rodding stickers.

Push open the door and one is faced with a gentle blast of warmth from a wood fired barrel furnace. As your eyes adjust from the brightness of a sunny Winter day to the dim workshop, you become aware that this is no ordinary space. A nearly complete Sixties era Chevy pick-up dominates the space in the front room, while another sits on a lift in the back. A rat rod in progress sits off to the side, while Smith’s bearded face is focused on an ancient looking rear axle housing. Pretty much every surface of the space is occupied by treasures collected throughout the years.

As a teenager in the Toronto suburb of Scarborough, Smith’s first car was a ‘78 Honda Civic, complete with a body made of Swiss cheese, as was the standard for Japanese imports in those days. It didn’t run and had to be pushed to the local garage. The lessons learned resurrecting that car taught young Stony that his passion was for the mechanical aspect of cars, more than the actual driving. 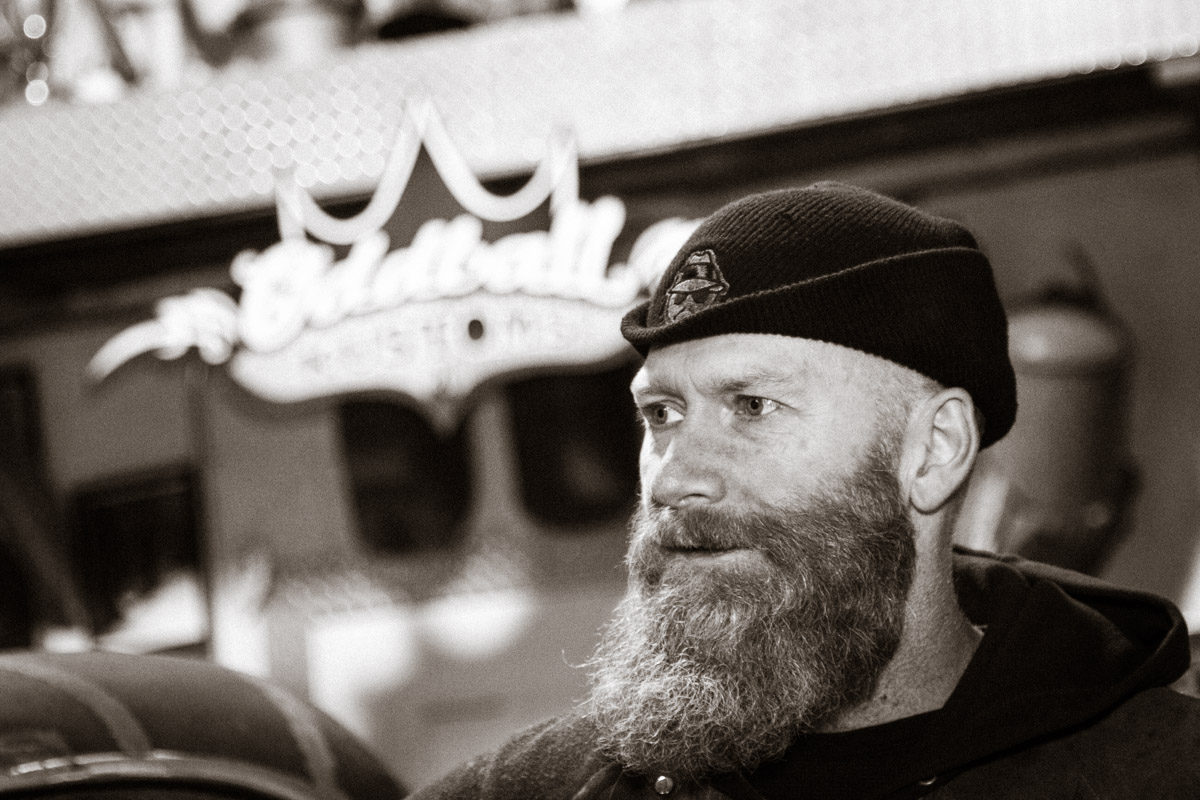 Always thinking about the next car, Stony gravitated towards the other Japanese cars which were cheap and plentiful back in the day. Cars like the Mazda RX-2, Datsun 210 and 510 could easily be found and modified. Sadly, like most of us, Stony didn’t see that future enthusiasts would go crazy for those cars and all of them left his hands.

The need for cheap transportation led Smith to flip flop between motorcycles and cars, which meant many trips to the machine shop wizards at Leitner & Bush Engineering, which eventually turned into a job. That job allowed Smith to hone his grass roots skills to become a machinist, welder and engine builder.

A neighbouring shop was a fixture in the rally community and exposed Smith to fabricating roll cages and the need to build beefed up suspension that would stand up to the rigours of competition.

Leitner & Bush was absorbed by a company called Concepts on Wheels, which was known for its outlandish show car creations and gave Stony the outlet to create.

About the same time, Smith’s company, Oddball Kustoms was formed, more as a hobby than anything else.  “I don’t look at it as a job, never have” says Smith. “It is a business, but it is also still a hobby and I treat it like that. Sort of that artisinal hot rod building.”

The shop is a small one, and that suits Smith just fine. “I get lots of calls, but I’ll never publish my address, just because I don’t want people dropping in. I stopped going to car shows. That way, I still get to hide and build cars.”

When asked if he would consider moving the operation to a big, bright shop, the artist agrees that he might be a bit jealous of shops like that, but that it is “just not me. I still like to get my hands dirty.”

Perhaps the most infamous car to be come out of the Oddball shop is known as The Booch. A recreation of a one of a kind French luxury machine, Smith had nothing but photos to work with while designing the project. Built from the ground up using classic techniques and hand formed metal panels, The Booch is quite possibly one of the most beautiful cars ever crafted in Canada. “There’s a lot of me in that car” Stony says, “I have more than two years of my life in that car”. Today, that car is in a collection south of the border, where guests can dine in style, surrounded by inspiring design. 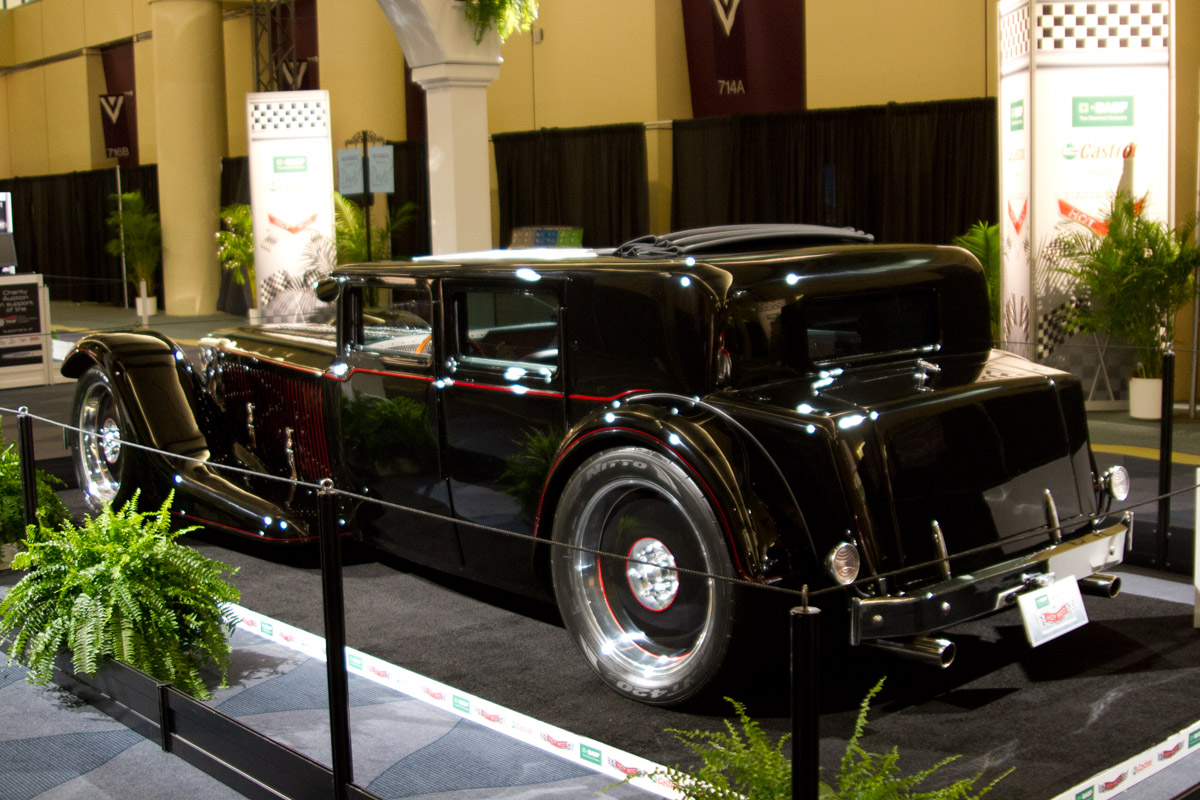 I only buy a car that I see something in.

Over the years, Smith has noticed that a lot of expensive aftermarket parts are actually junk. Auto manufacturers spend a fortune researching and developing their parts, so Smith spends a lot of time scavenging wrecking yards, looking for components that he knows will put up with the enthusiastic use that some owners will inevitably inflict upon his creations.

These days, it is those Chevy pick-ups from the Sixties which are keeping Oddball Kustoms busy. Smith points out that just about every farm has at least one old pick-up rotting behind a barn somewhere, developing the all important patina that modern buyers of classics crave. These platforms also readily accept more modern additions like fuel injection and air conditioning, making them more usable as drivers.

To see where the future of rod building is going, one has to look to California and television shows says Smith.  Rus-T, is a stretched Model T, with dual rear wheels and a Cadillac V-8, which Smith created years ago. After changing hands a few times Rus-T has found its way back to Oddball Kustoms with a broken crankshaft. Just like we have seen done on TV, the evolution of this already crazy rod will be the installation of a giant Cummins diesel engine.

Stony Smith predicts that the future lies in an increasing number of truck based projects, as more and more enthusiasts gravitate towards the classic designs.

To track down Oddball Kustoms, the best place to start is through their website. If you are interested in a build, send Stony Smith a message. If you are serious, you might even get an invite to visit the little shop in the woods of Ontario ski country. 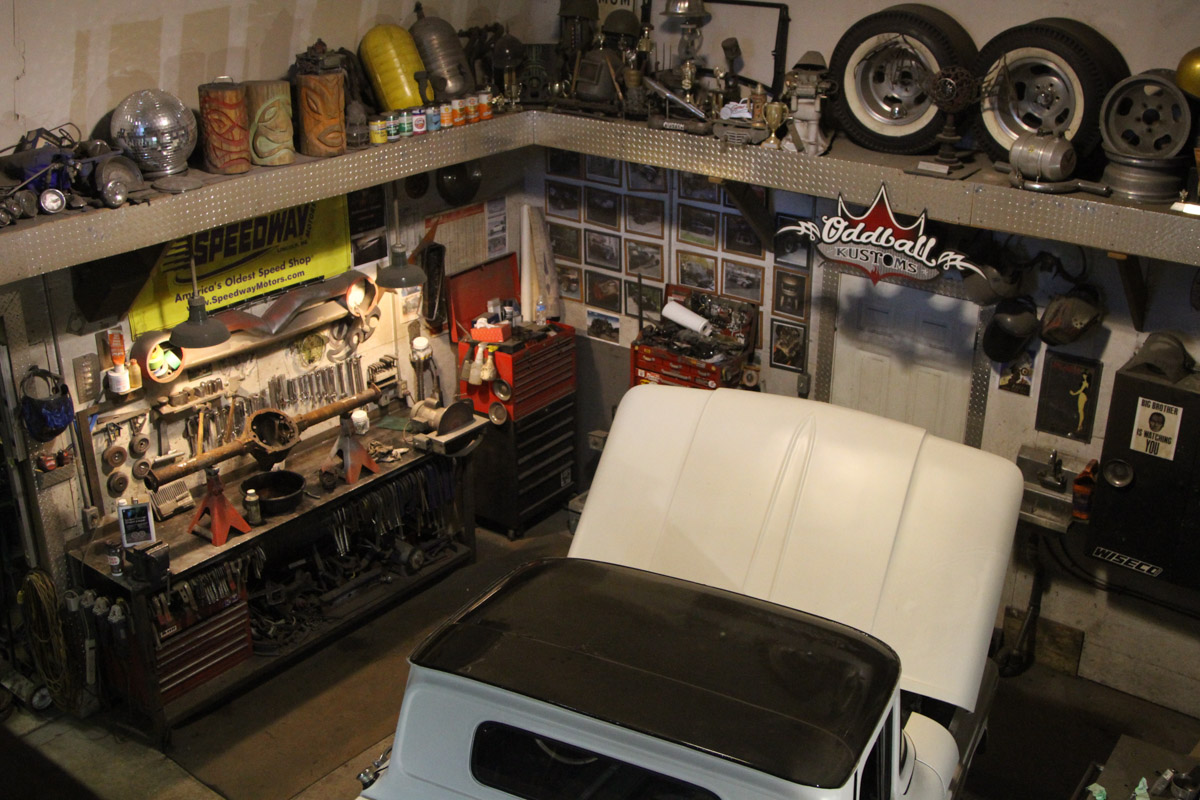 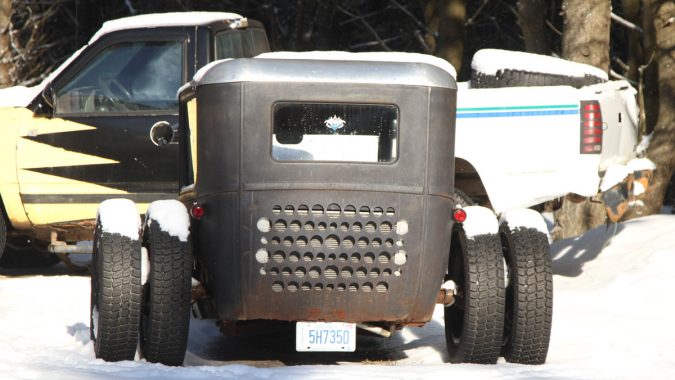 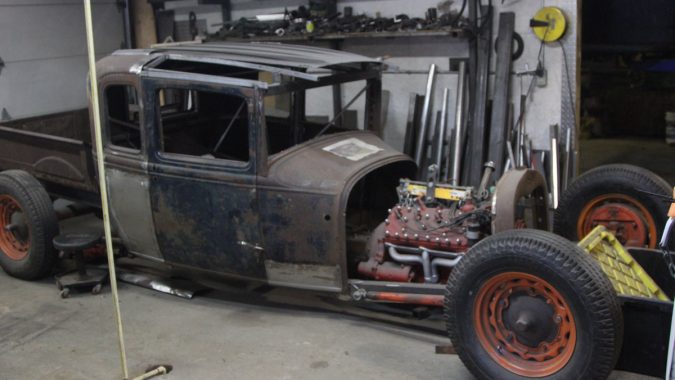 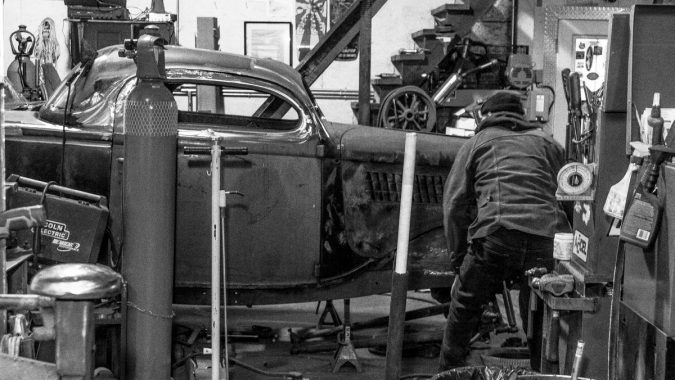 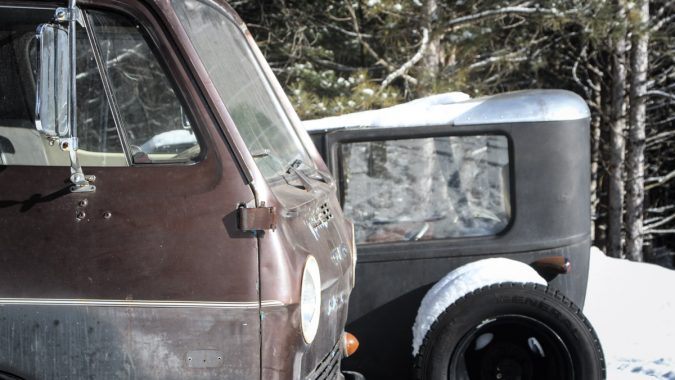 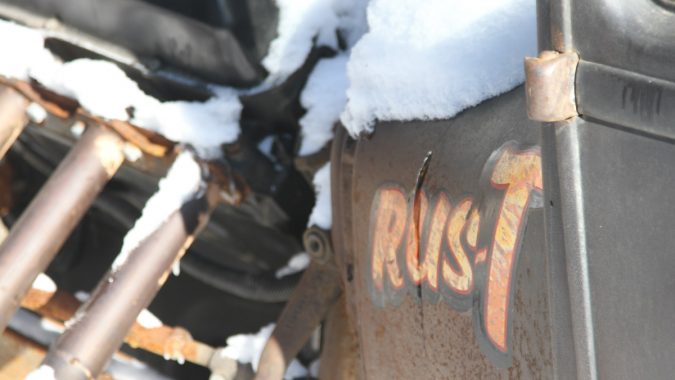 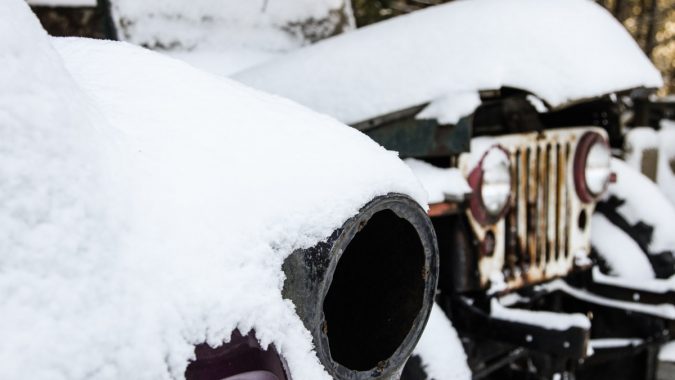 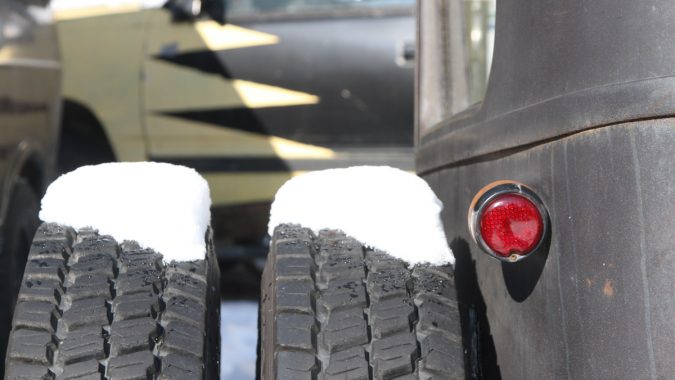 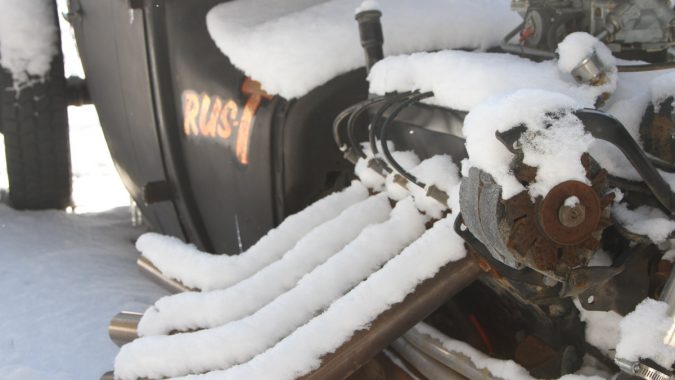 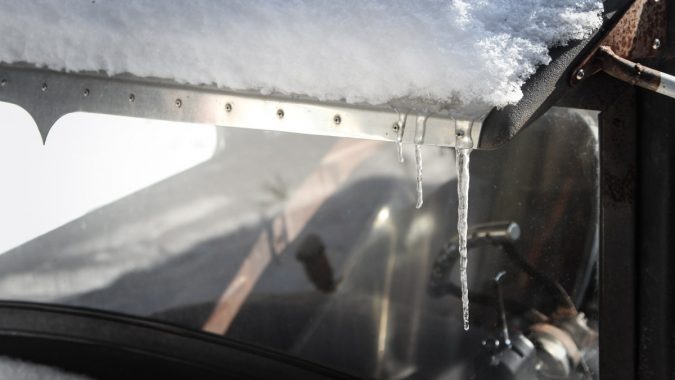 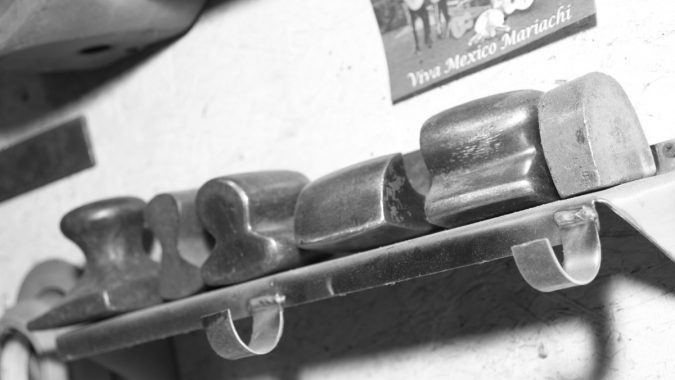 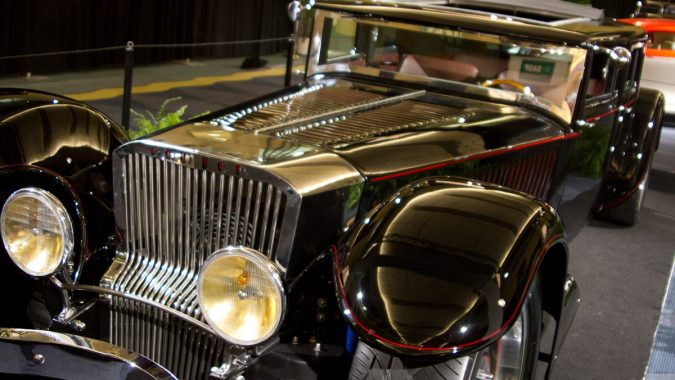 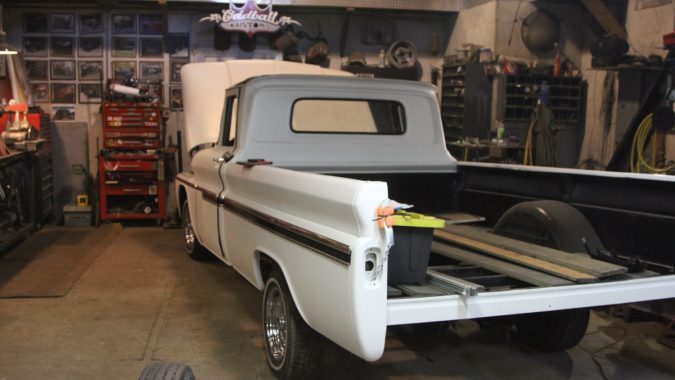